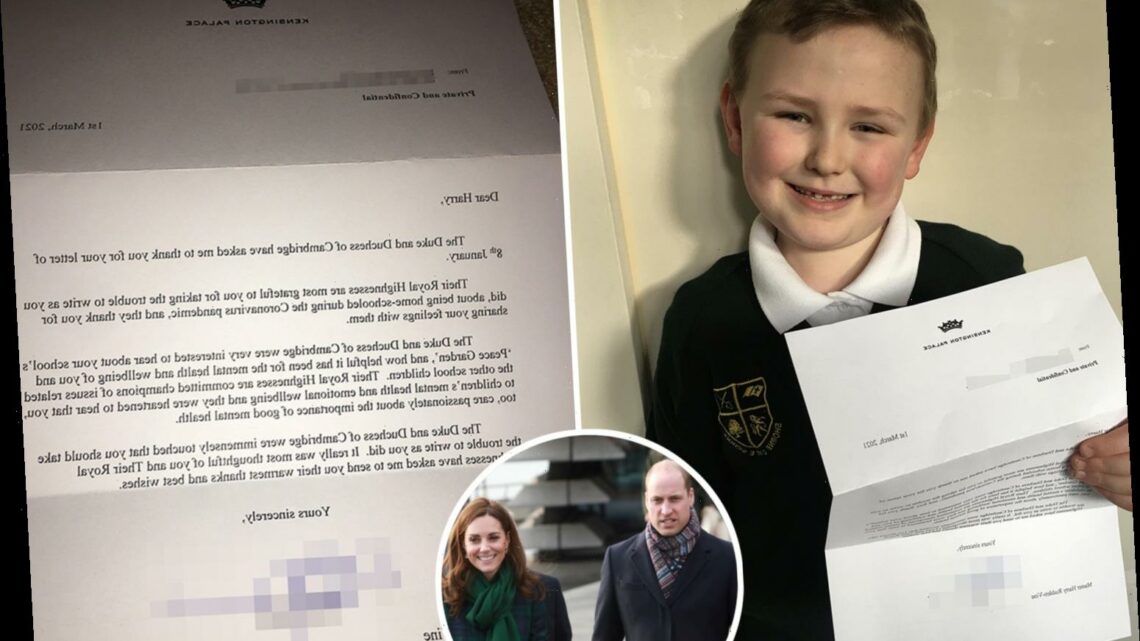 PRINCE William and Kate Middleton have sent a letter about peace to Harry – but sadly for royal watchers hoping for a family reunion not THAT one.

Instead, the pair sent the note to schoolboy Harry Rudden-Vine after he wrote to them in January about a "peace garden" to support mental well-being at his school. 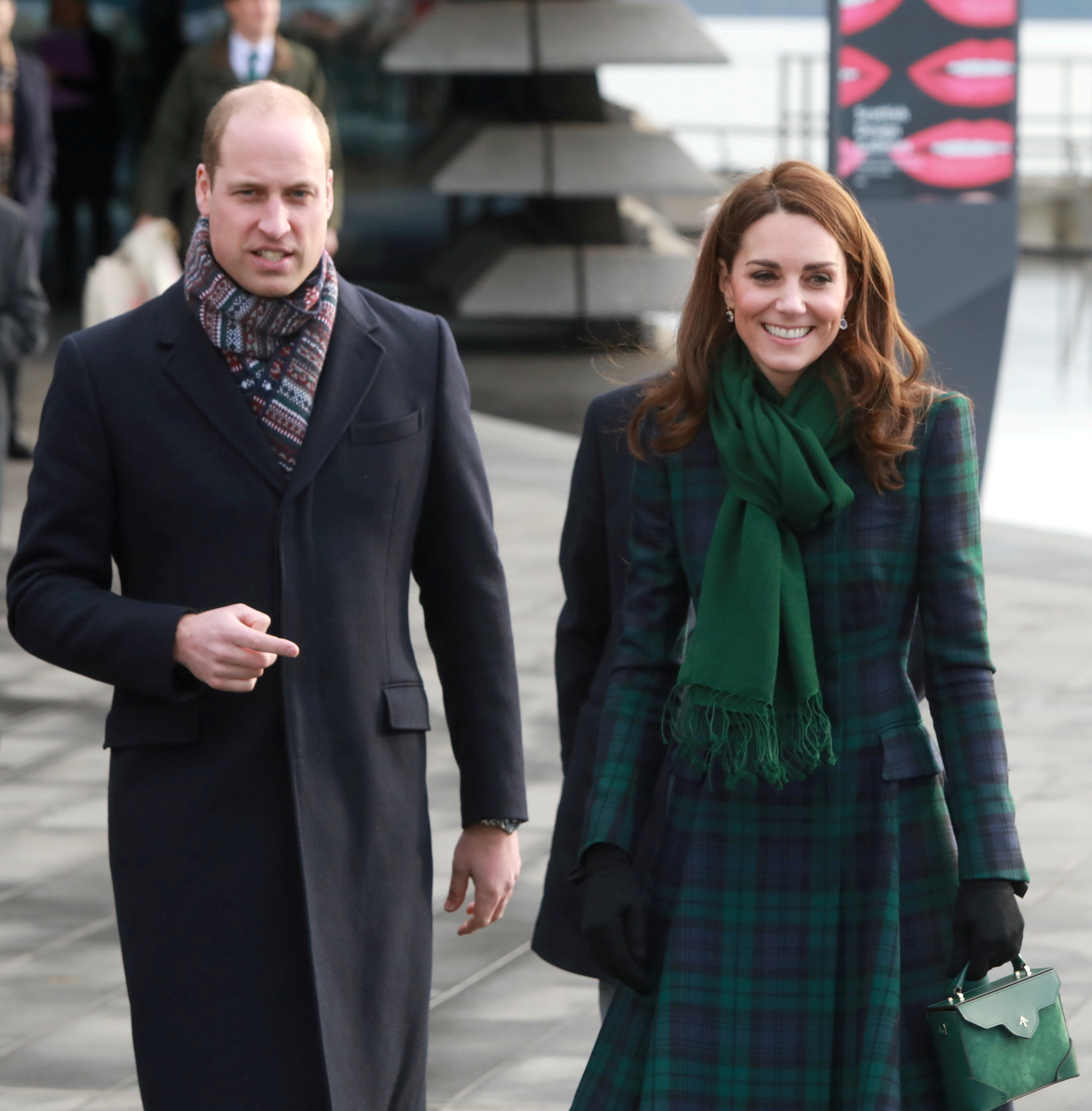 The Royal couple, responding in early March, said they were "immensely touched" after receiving the seven-year-old's letter and reading his concerns about mental health during the pandemic.

The Year 2 pupil from Kent was left speechless when he got a response from Kensington Palace praising him for his letter.

He wrote: "I am at the moment like most children having to do my school work from home which is challenging for most children.

"Mummy works in the NHS so at the moment my dad is my teacher – that can be challenging for both dad and me. 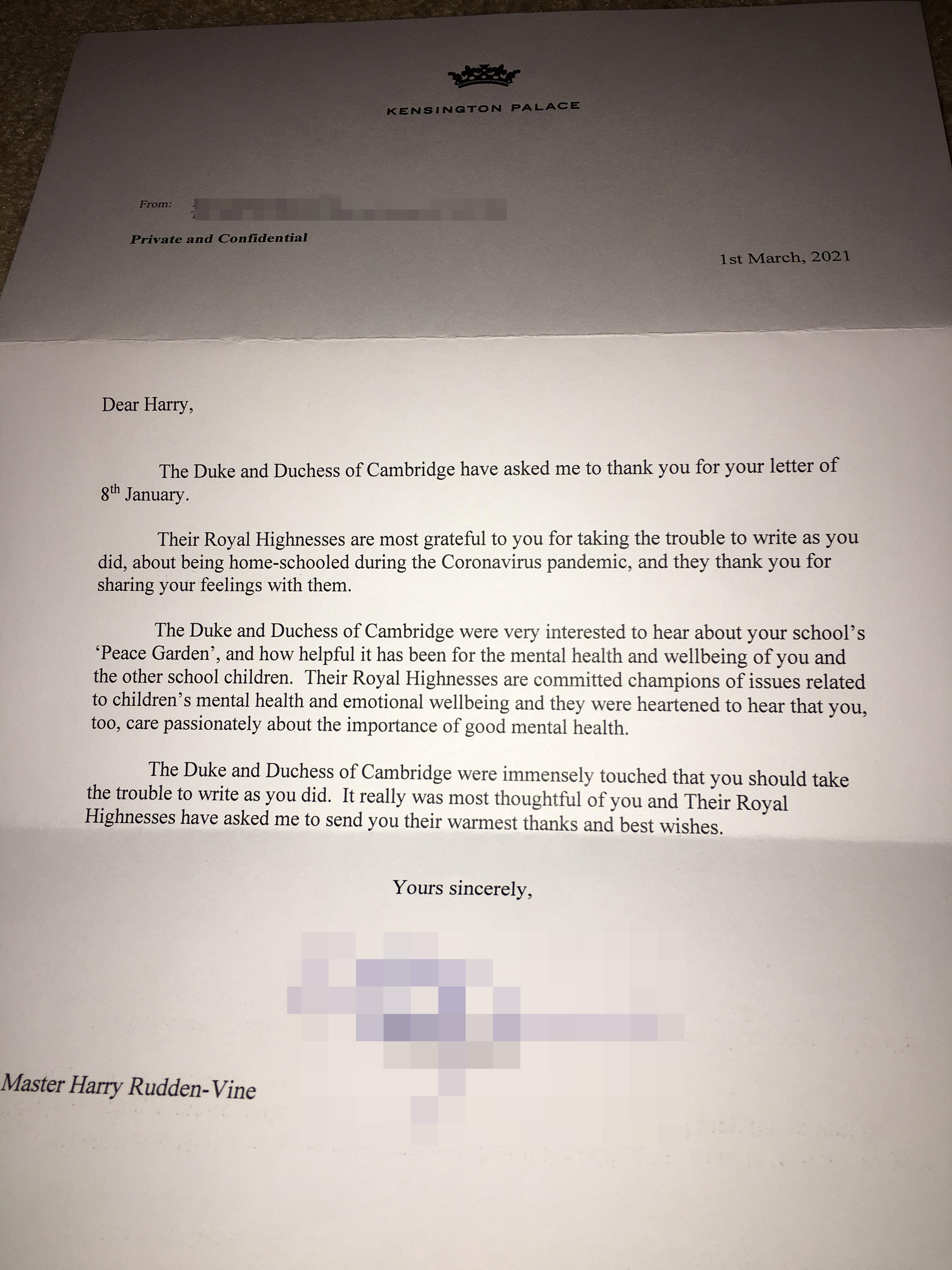 "I really wanted to tell you about my school's new peace garden in Shorne, Kent. It is so beautiful and us kids can go there and collect our thoughts which is great as it helps us to think and helps us if we are worried."

Harry's mum, Clair Rudden-Vine, said: "Harry was amazed when he received a letter back from Kensington Palace, thanking him for telling them about this special and helpful project.

"He wasn't expecting an answer and was thrilled when the letter turned up, he thought how lovely they both were to even consider spending the time to ensure a letter got back to him.

"The head [Tara Hewit] had allowed the children to be involved in designing and bringing in things for the garden and the children really enjoyed it.

"It's been something every child can get involved with and gain something from their time at the school.

"The school have worked so hard to consider all the children's needs. 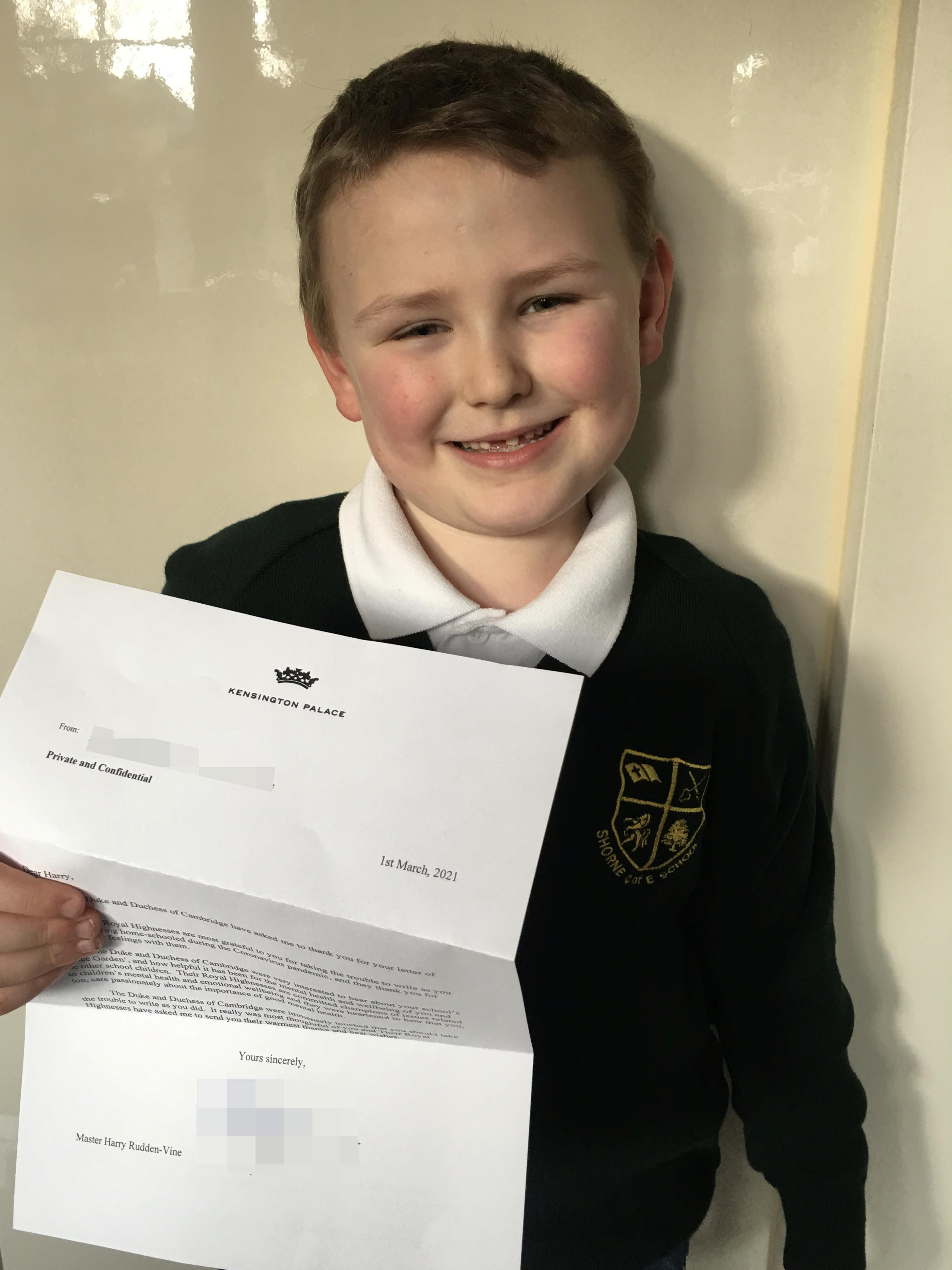 "It speaks volumes about the kind of school it is and how thoughtful the teaching staff are."

Harry described his surprise upon opening the letter and thought how kind it was of the Duke and Duchess to reply to him, "an ordinary schoolboy."

Written on behalf of the Royal Highnesses by Claudia Spens, head of general correspondence for the couple the letter read: "Their Royal Highnesses are most grateful to you for taking the trouble to write as you did, about being home-schooled during the coronavirus pandemic, and they thank you for sharing your feelings with them.

"The Duke and Duchess of Cambridge were very interested to hear about your school's Peace Garden, and how helpful it has been for the mental health and wellbeing of you and the other school children. 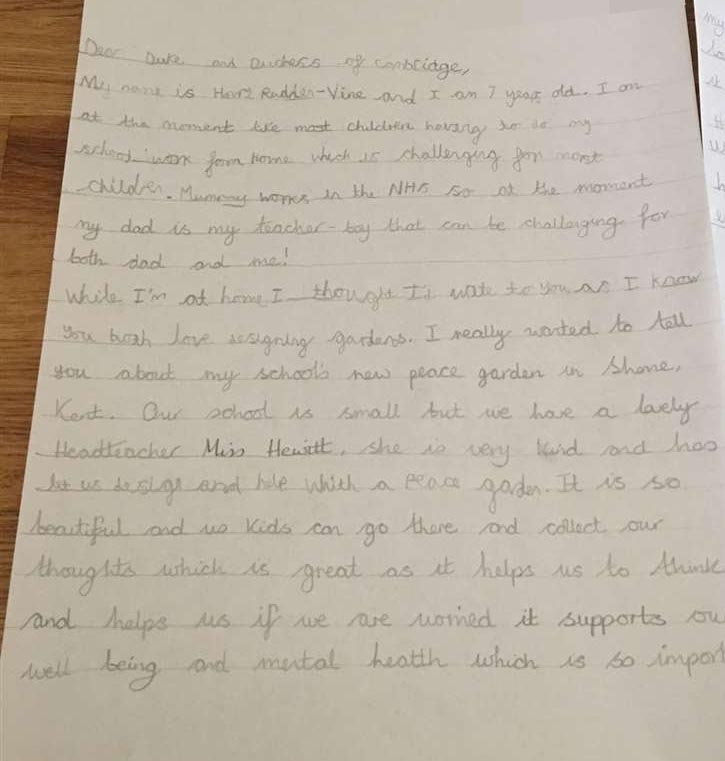 "Their Royal Highnesses are committed champions of issues related to children's mental health and emotional wellbeing and they were heartened to hear that you, too, care passionately about the importance of good mental health.

"The Duke and Duchess of Cambridge were immensely touched that you should take the trouble to write as you did.

"It really was most thoughtful of you and Their Royal Highnesses have asked me to send you their warmest thanks and best wishes."

In more Royal news, Meghan and Harry apparently failed to inform the monarch of their plans to chat to the American chat show host.

News of the big interview emerged after the couple announced Meghan's third pregnancy – and days before Buckingham Palace confirmed the pair will never return as senior royals.

Members of the Royal family usually run potential TV interview opportunities past the Queen in advance.

Inside the Nazi finishing school in Bexhill-on-Sea
World News