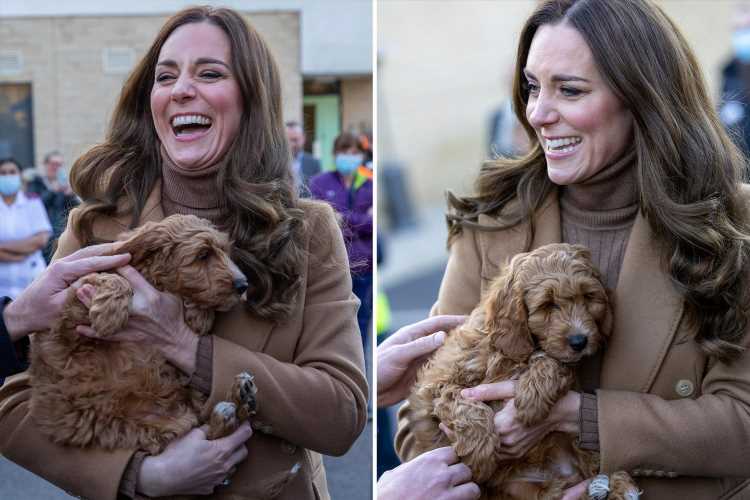 KATE Middleton was snapped grinning as she cuddled an adorable puppy as Prince William cooed over the pooch during their second outing in two days.

The Duke and Duchess of Cambridge beamed as they met with staff at the Clitheroe Community Hospital in Lancashire this afternoon – with Kate pictured laughing as she got to hold a sweet dog during the visit. 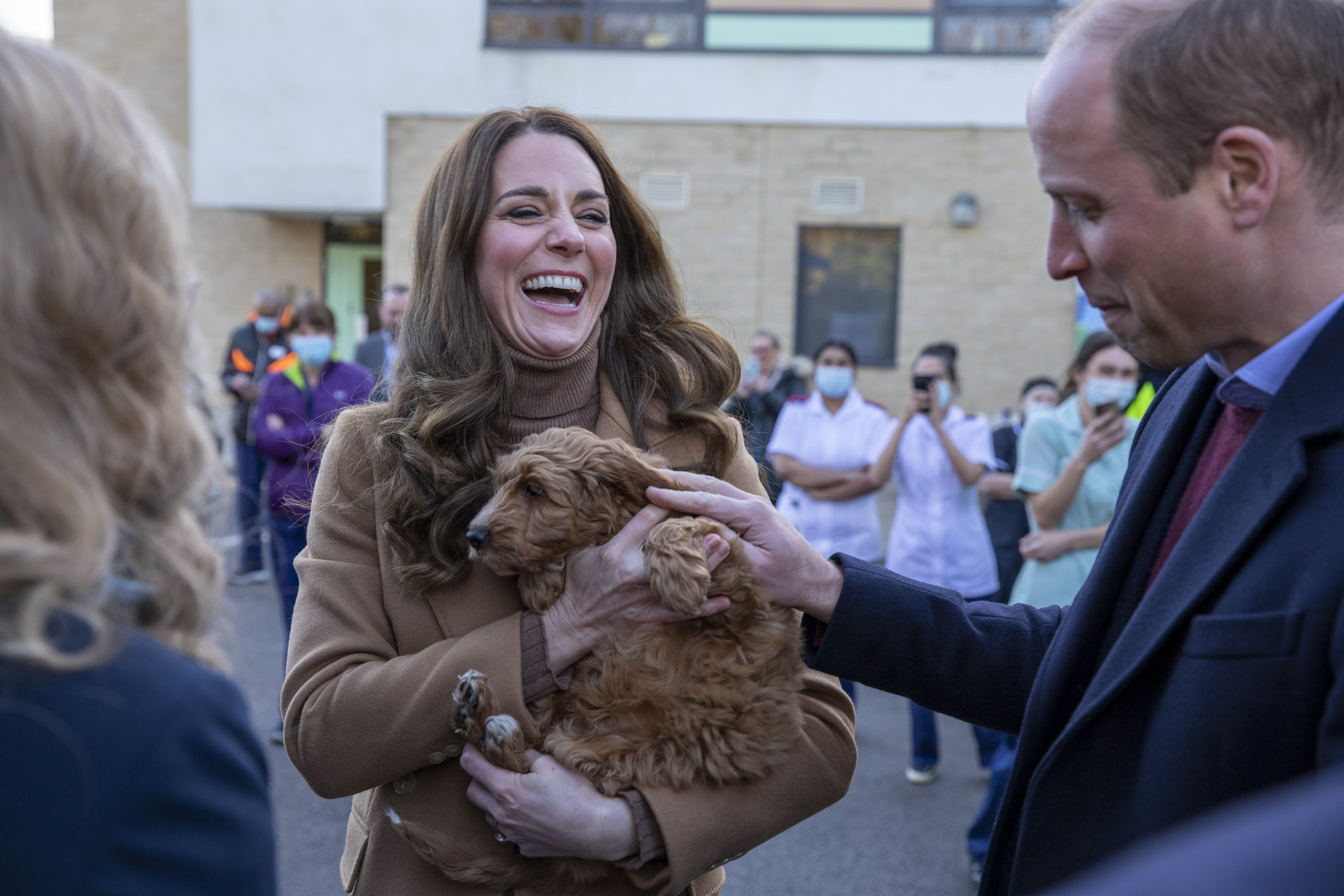 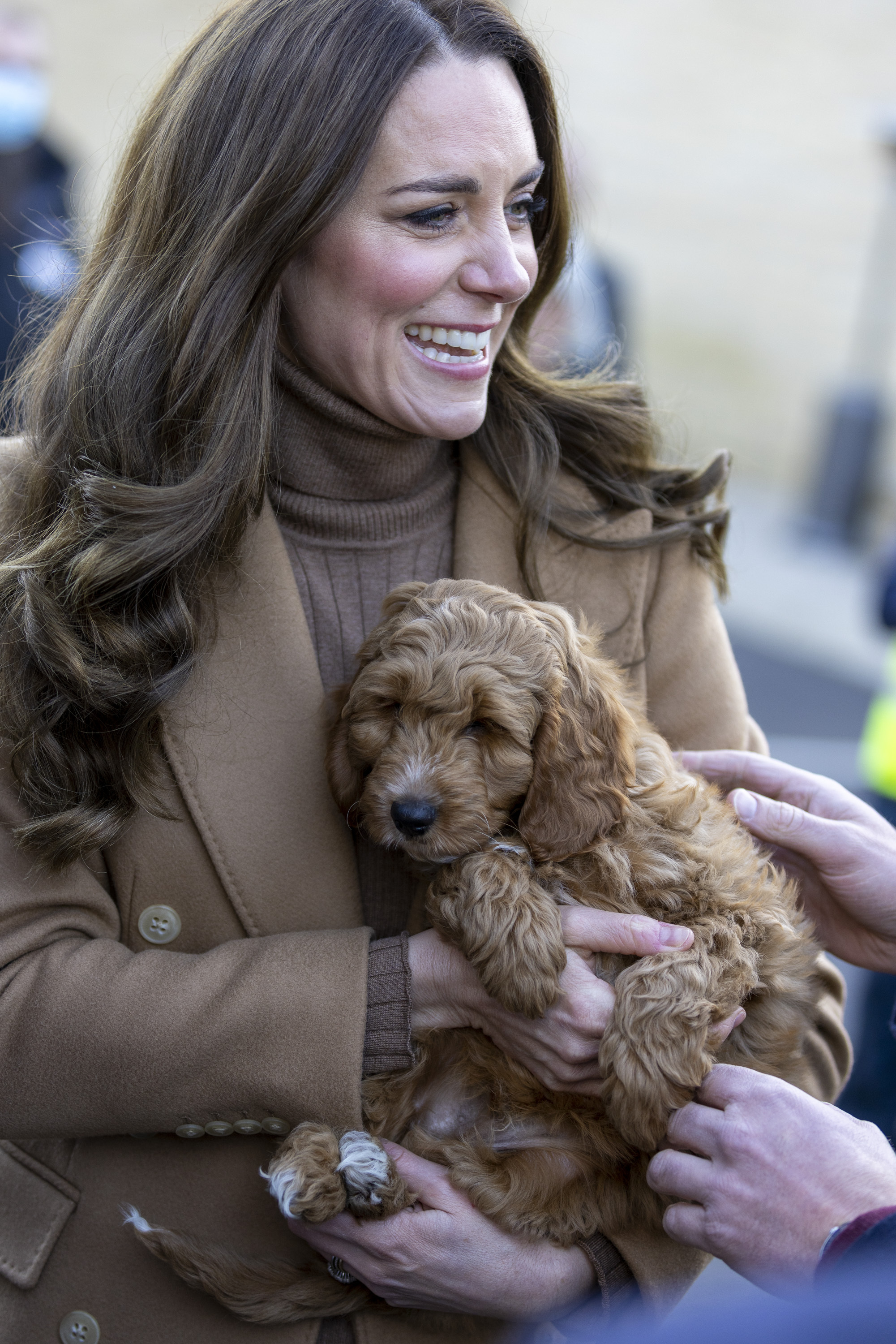 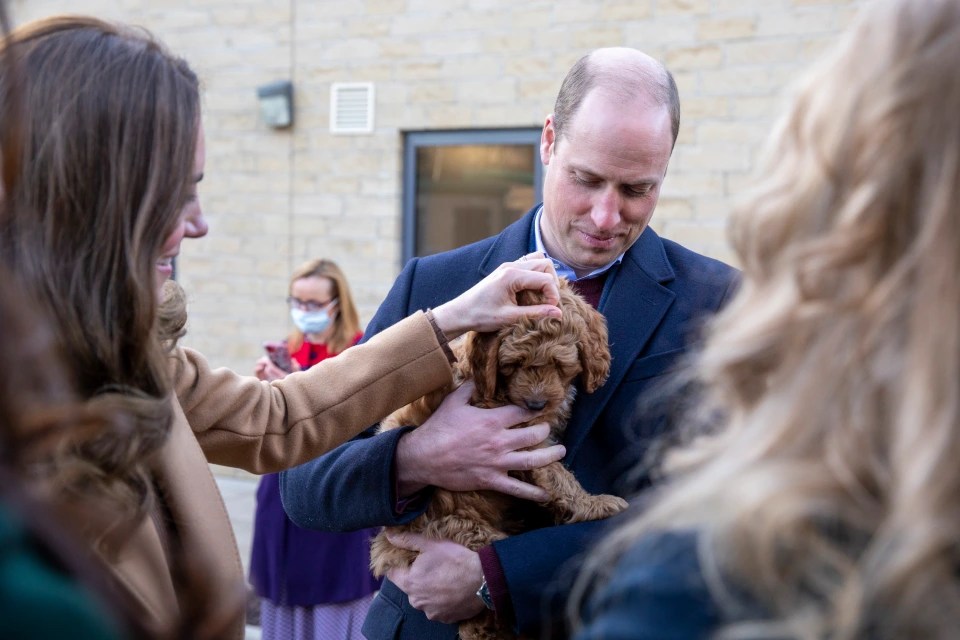 Lupo was bred from a dog owned by Kate’s parents, Michael and Carole Middleton, and was a gift.

But much to her delight, they had welcomed a new four-legged to the family just months before Lupo's passing – an eight month old puppy reportedly given to them by Kate's brother, James Middleton.

And today, Kate and husband Wills looked at ease as they chatted with GP and nurses outside before donning face masks to be shown around inside.

Kate – wearing a long camel coat and boots – and Wills are also due to visit Church on the Street, run by an ex-drug dealer, which helps the homeless in Burnley.

The hospital's charity ELHT&Me tweeted: "We are honoured to welcome Royal Patrons of @NHSCharities, @KensingtonRoyal, to Clitheroe Community Hospital.

"Their Royal Highnesses are visiting to hear how support from #ELHTandMe, using a grant from #NHS Charities Together, has helped support exhausted colleagues."

It comes after the couple were all smiles as they met with staff at London's Foundling Museum yesterday.

It tells the story of the Foundling Hospital – Britain's first home for children at risk of abandonment – which Kate became patron of in 2019.

They also met with people who have direct experience of living in care, including author and poet Lemn Sissay and former sprint and field athlete Kriss Akabusi.

Kate, who last year set up her Centre for Early Childhood, spoke with charity bosses who discussed homelessness, mental health impact and helping young people in care who fail or slip through the cracks.

But during the outing, Wills dodged the drama surrounding his own family yesterday during his first royal engagement since the Queen cast Prince Andrew out of the Firm.

The Duke of Cambridge ignored a TV crew asking if he "supported" his uncle, who was last week stripped of his royal and military titles amid growing anger at his sex assault lawsuit.

During his visit to London's Foundling Museum, a reporter asked William: "Do you support Prince Andrew?"

The prince leaned in closer to hear but then walked past without commenting.

Both he and the duchess kept up appearances throughout the engagement while Andrew comes to terms with life out of the royal spotlight.

The Queen stripped him of his "His Royal Highness" status and military honours during a face-to-face showdown last week before Buckingham Palace made it official later that day.

He is accused of sexually assaulting Virginia Roberts Giuffre when she was just 17 and must now face his US case as a "private citizen" meaning he can't hide behind royal privileges. 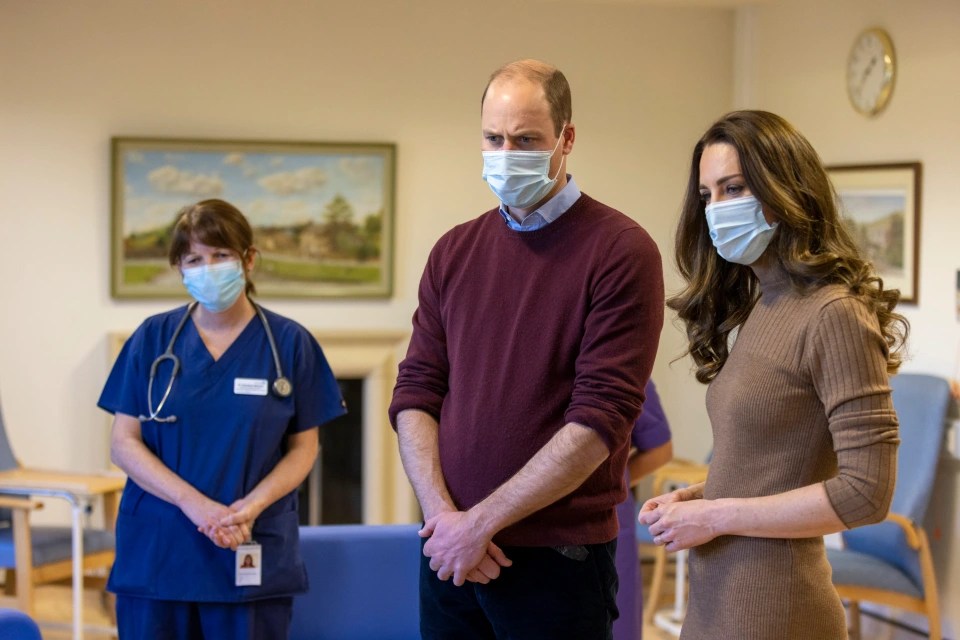