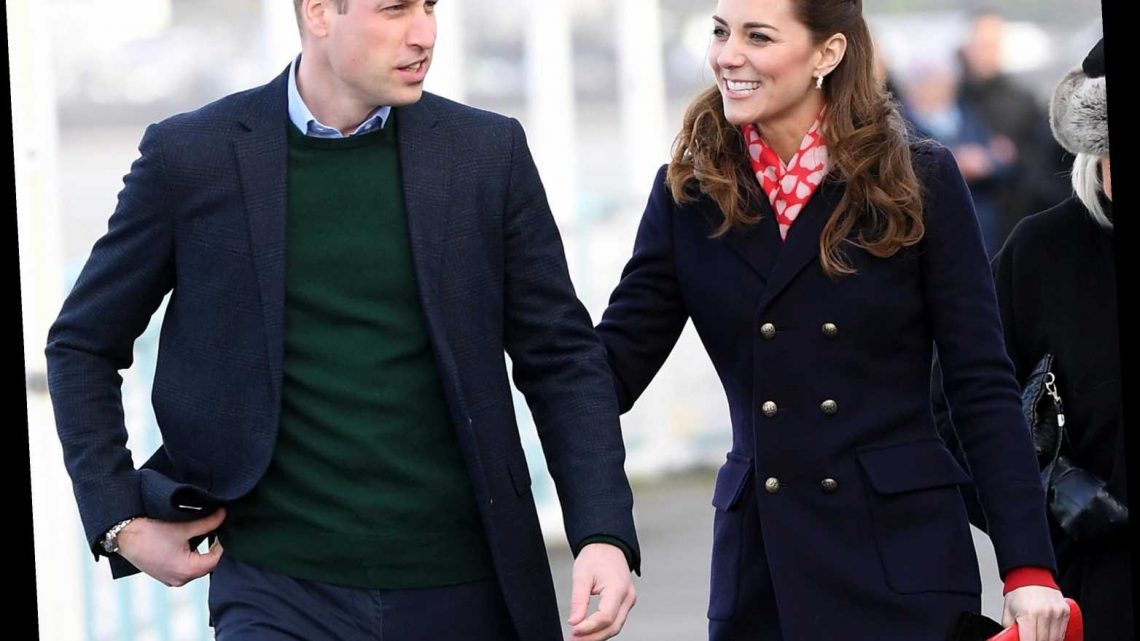 KATE Middleton and Prince William typically avoid public displays of affection during engagements, but have recently been more tactile and loved-up than ever.

The Duke and Duchess of Cambridge appear to have “relaxed their royal rules”, with adorable touches and fun body language towards one another, according to an expert. 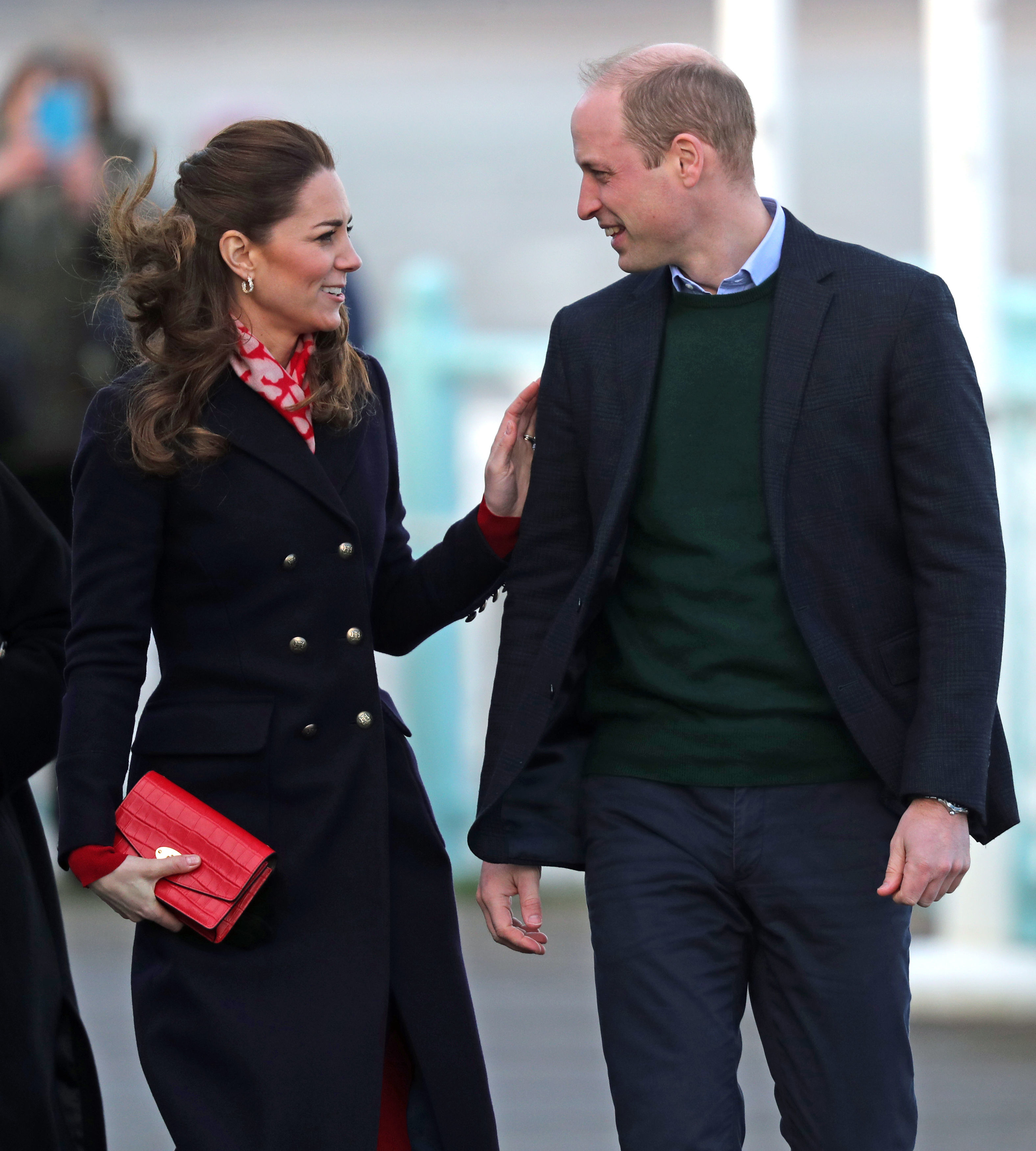 Body language expert Judi James told Fabulous Digital that their “body language has always veered on the side of bland, but it is also always pitch-perfect for their royal role.”

However, despite us getting used to there being no “non-verbal soap opera from the couple”, things have changed since tactile couple Meghan Markle and Prince Harry left for Canada.

Judi said: “William and Kate do seem to be bringing more non-verbal signals and touches into their ‘routine’ post-Megxit though, apparently understanding that they can push the boundaries a little without suffering from obsessive interest and criticism.

“As a result we’re seeing an increase of rituals that are showing the fun and the love but without compromising royal tradition.” 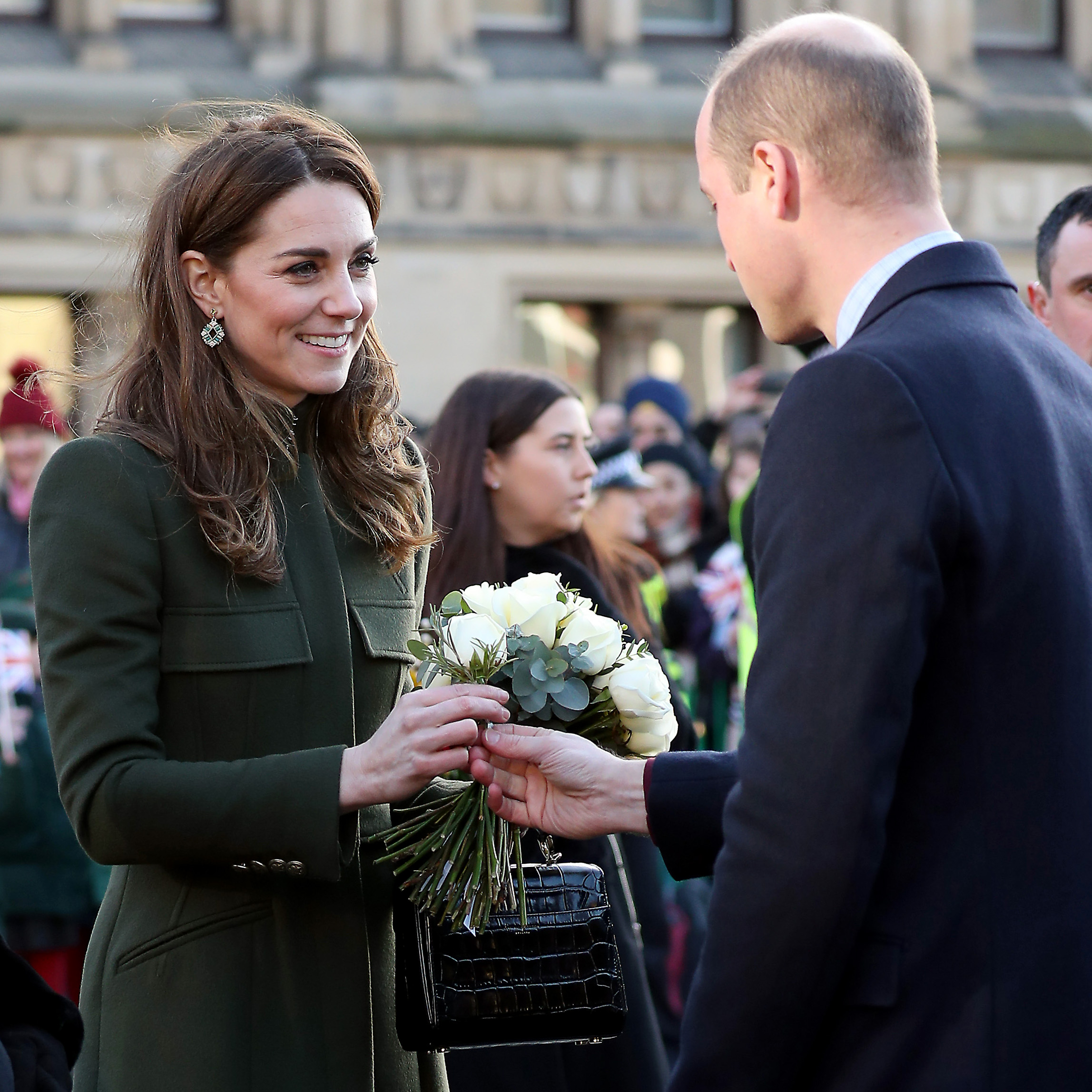 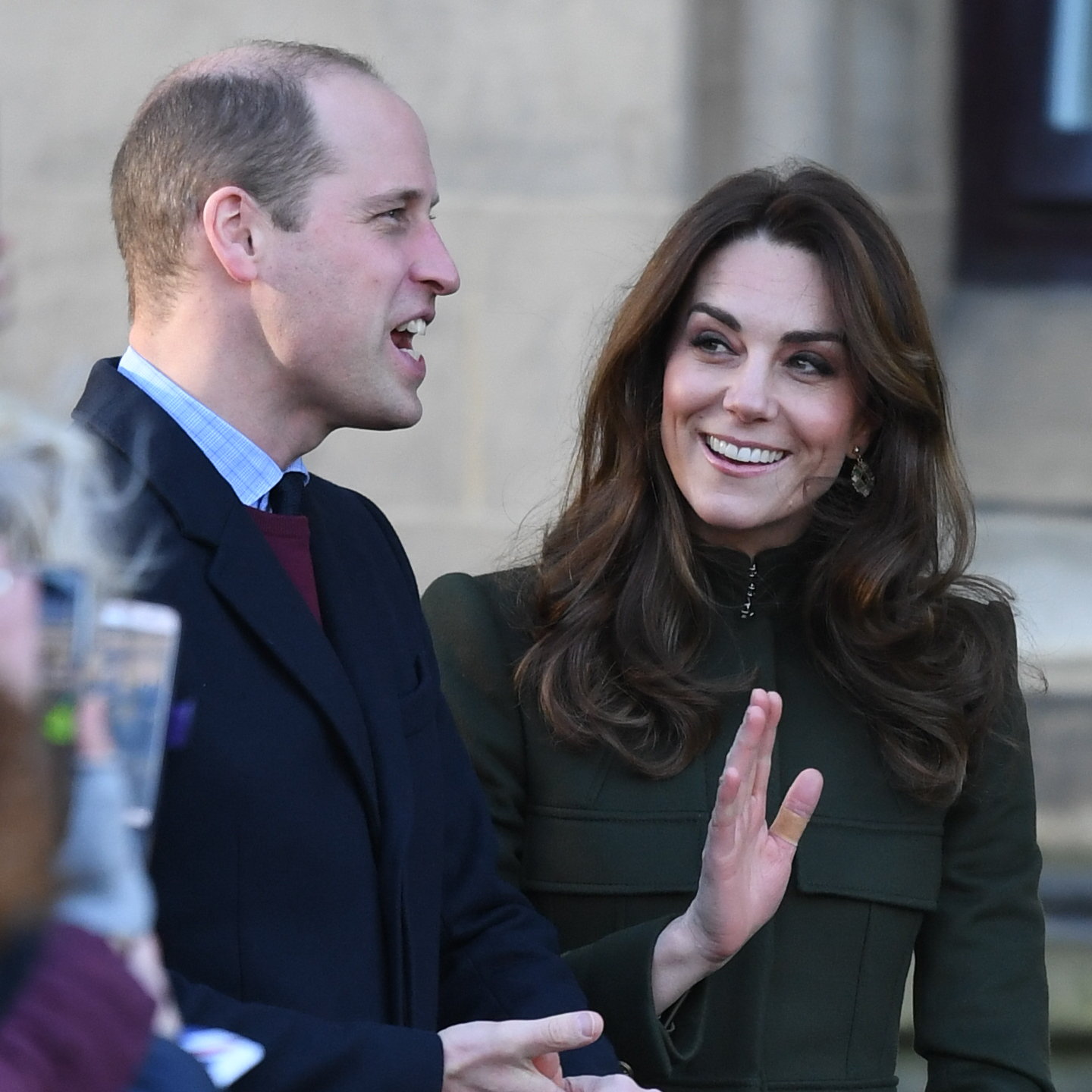 Here are the moments that show the Duke and Duchess of Cambridge are ramping up their PDA and romance in royal duties….

William handed Kate a rose while they were on a recent royal walkabout and Judi said that Kate seemed to respond well to the romantic moment.

She said: “Although he was heavily egged on by the crowds, Kate’s dimpled smile and eye contact showed she appreciated the romantic gesture from her bashful-looking husband.”

The sweet encounter took place when the couple visited Bradford in January, after a tumultuous week that saw Harry and Meghan Markle announce they were quitting The Firm. 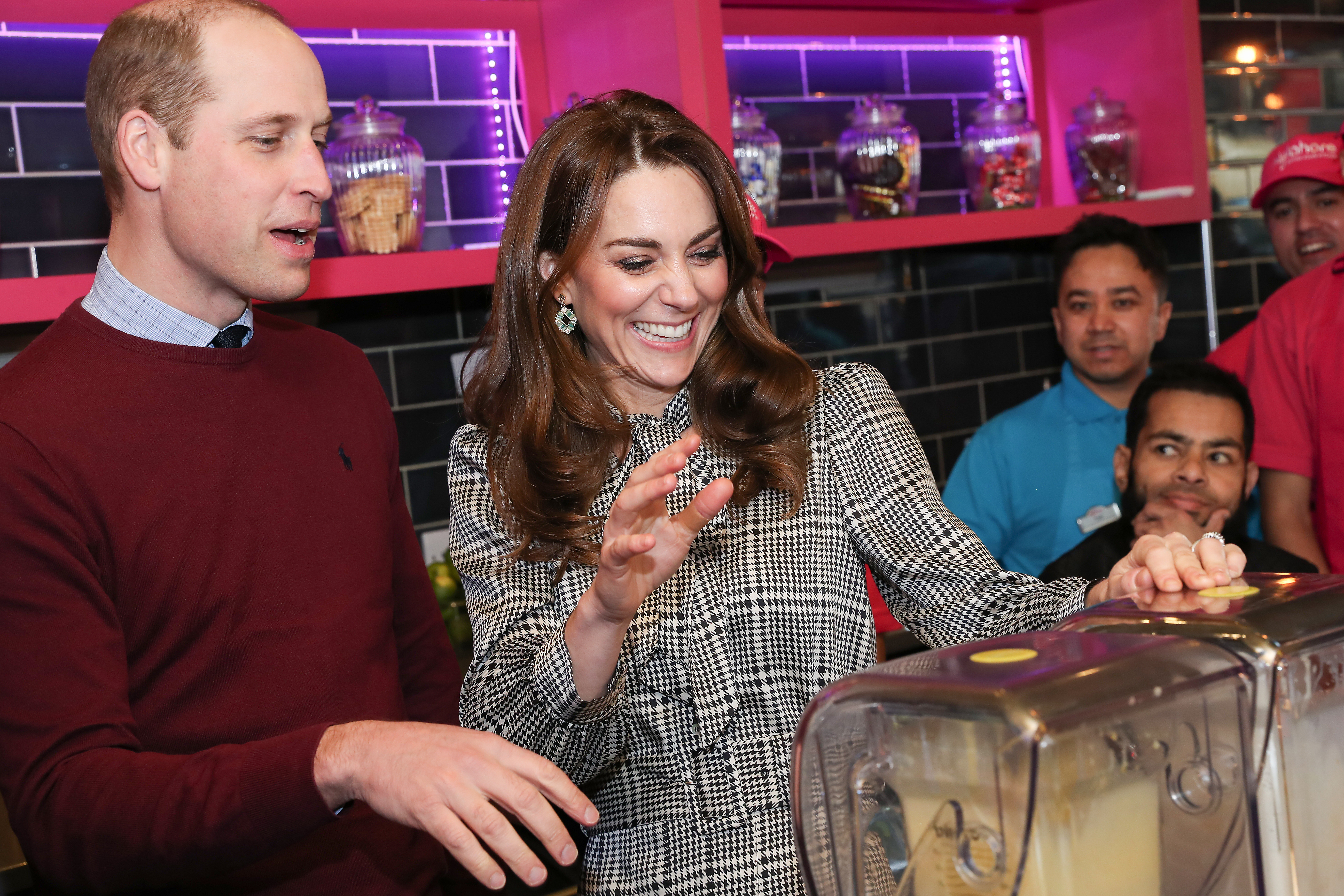 Taking a break from more formal engagements, the couple appeared to have a relaxed and comical time during their Bradford trip, when they made milkshakes in front of well-wishers.

Judi said of the pair laughing during the activity: “Although not exactly the Ant and Dec of the royal firm, William and Kate are currently showing a capacity for comedy and performing it as a double act to double the laughs.

“Kate tends to be more active and demonstrative but William mimics enough to make it mutual and he seems to mutter asides into Kate’s ear to prompt most of the joking.”

It followed the pair getting their aprons on and competing against one another in a baking challenge set by cooking legend Mary Berry for ITV’s A Berry Royal Christmas. 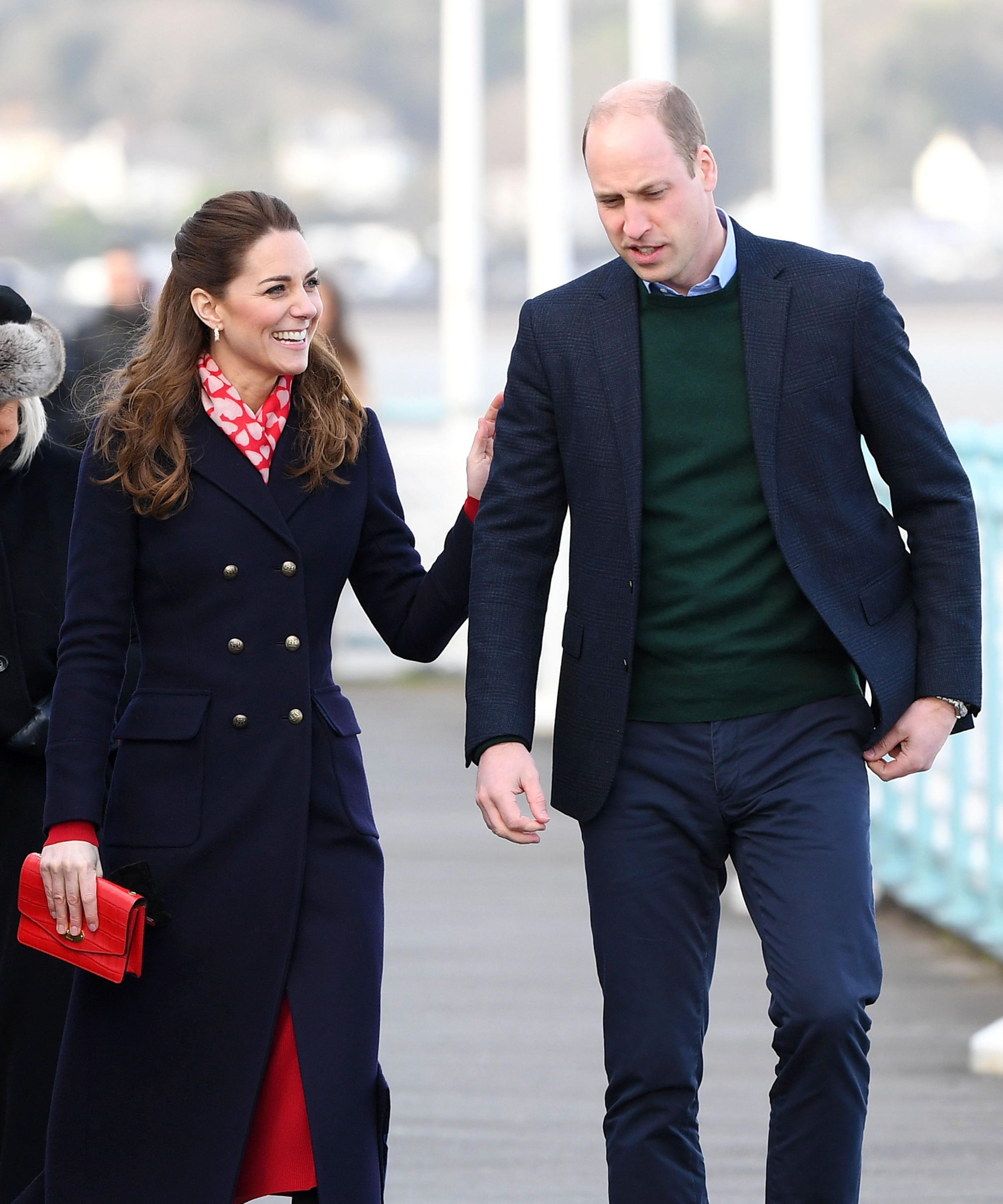 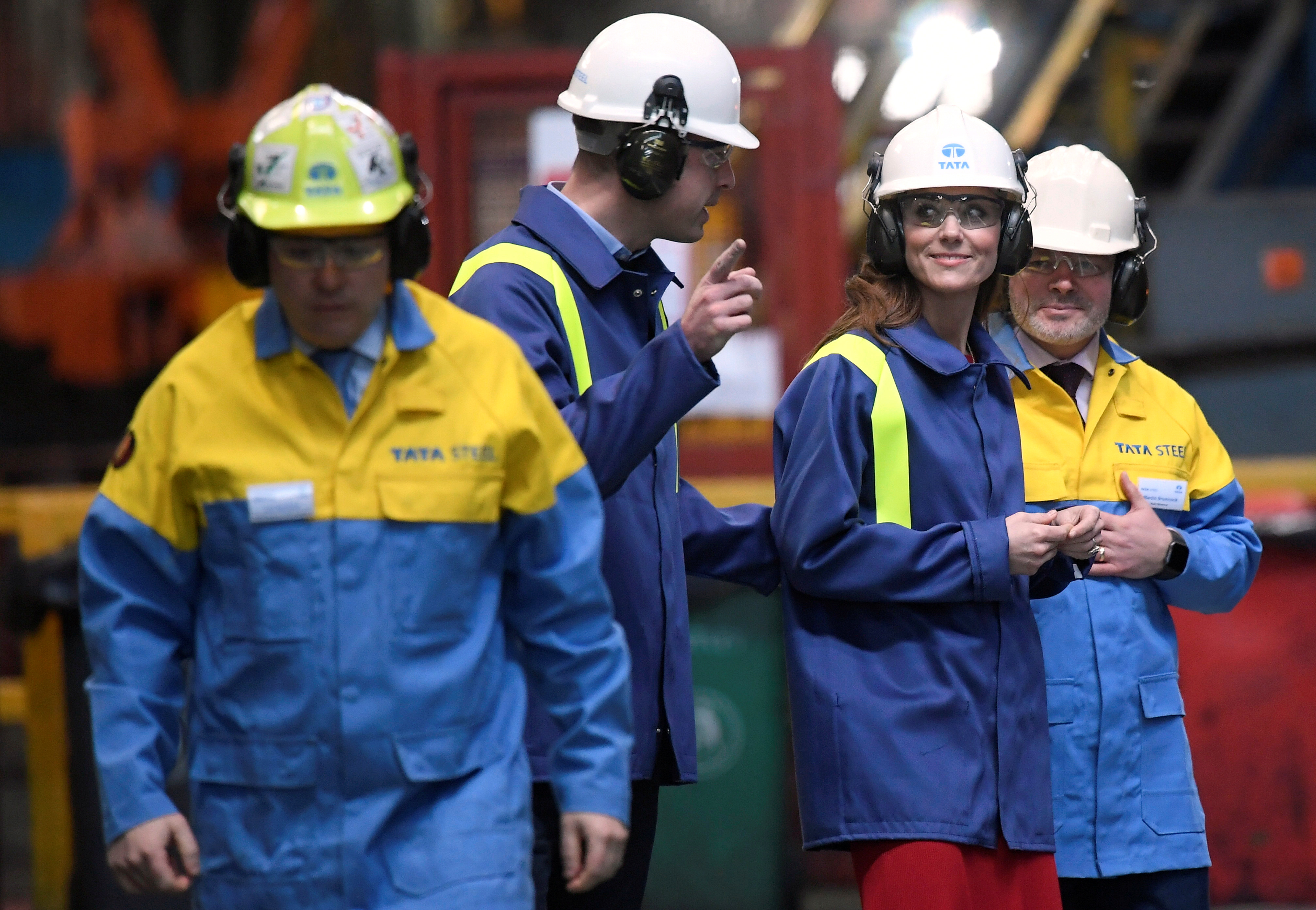 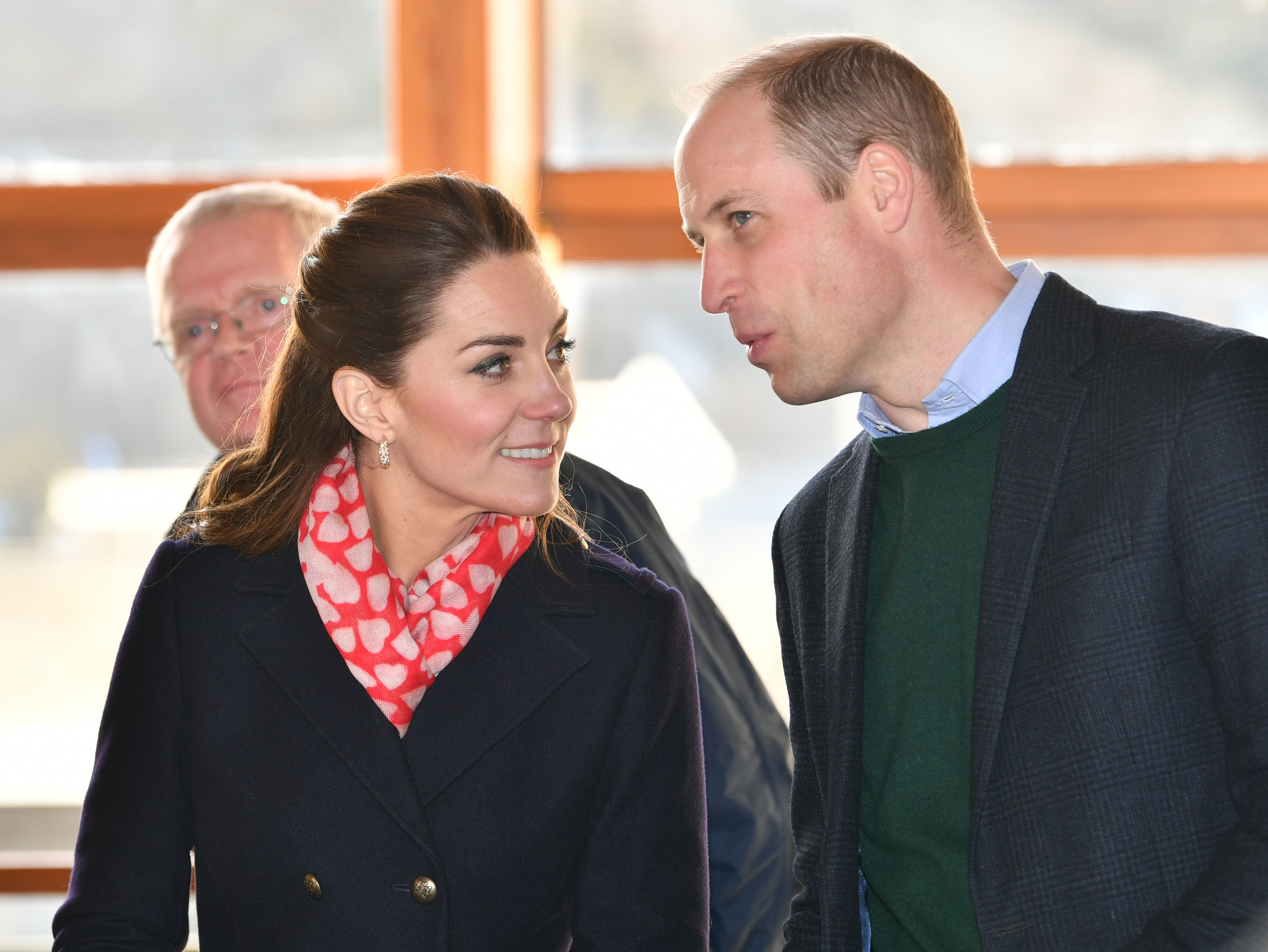 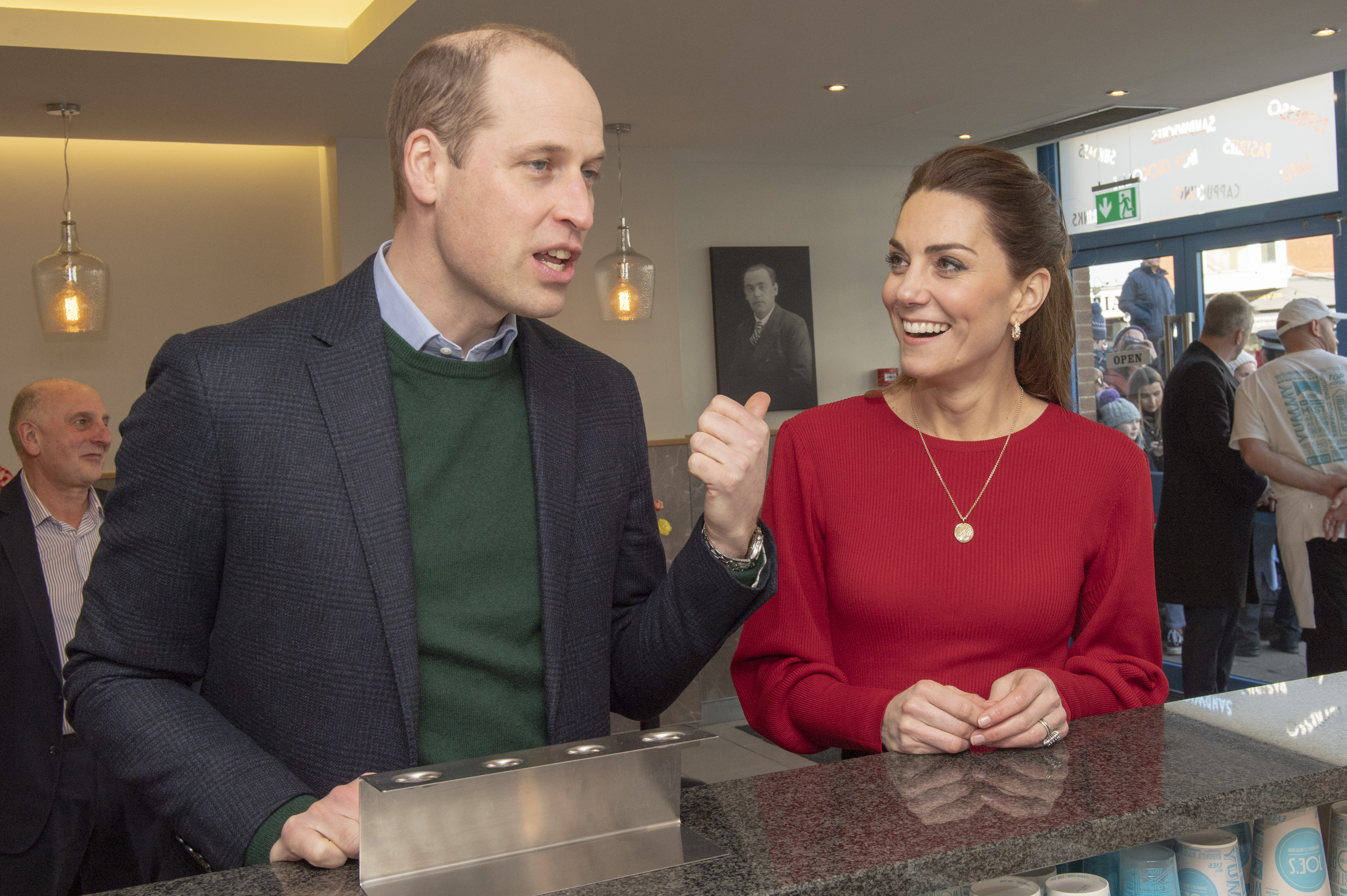 Kate and William looked more in love than ever yesterday, as they laughed together during a visit to Swansea, with many sweet gestures shown in support of one another.

“We might not be seeing the kind of intensely tactile behaviour that we did from Harry and Meghan but the increase in caring or thought-sharing touches shows a post-Megxit approach to a relaxing of the ‘rules’.” 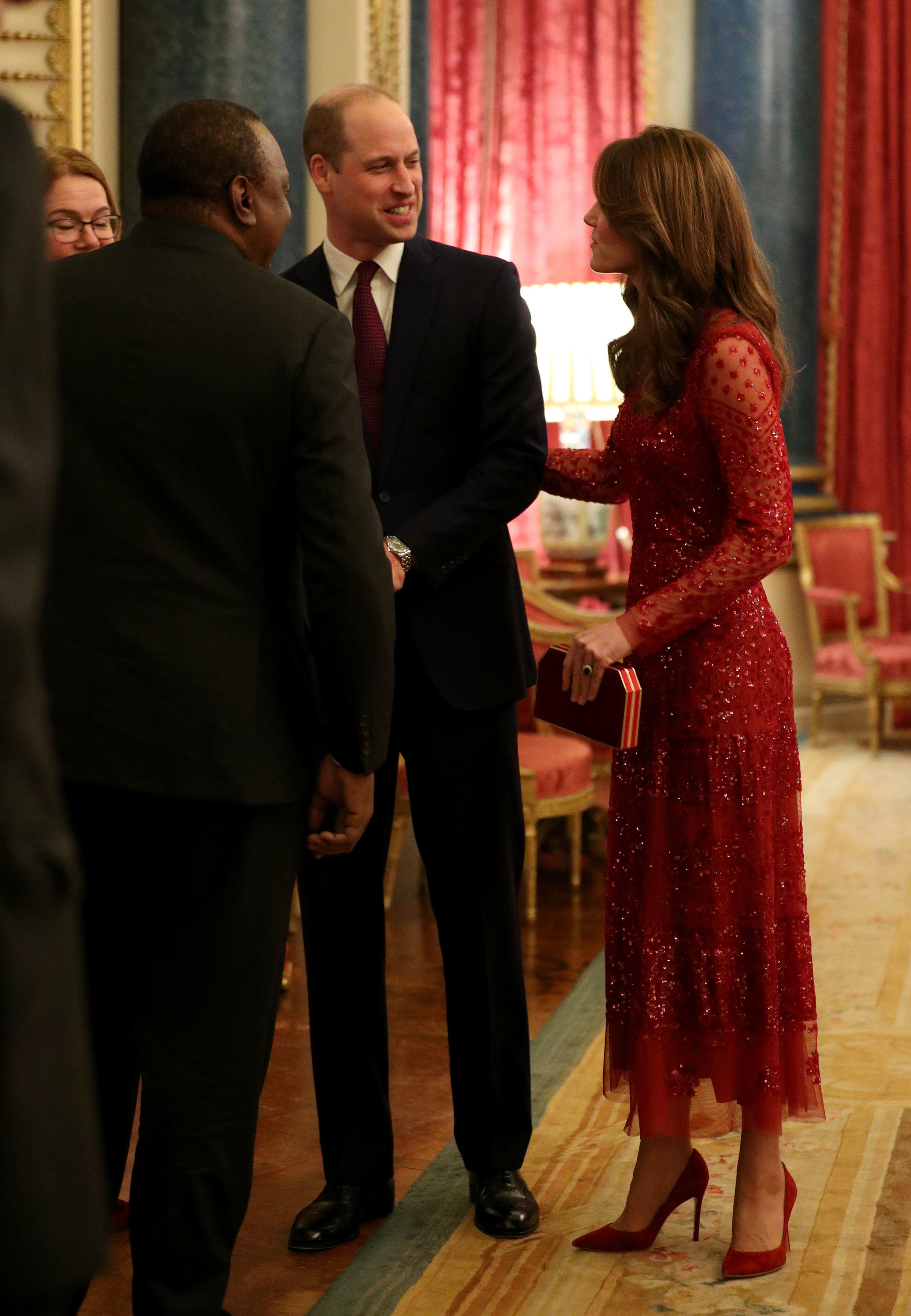 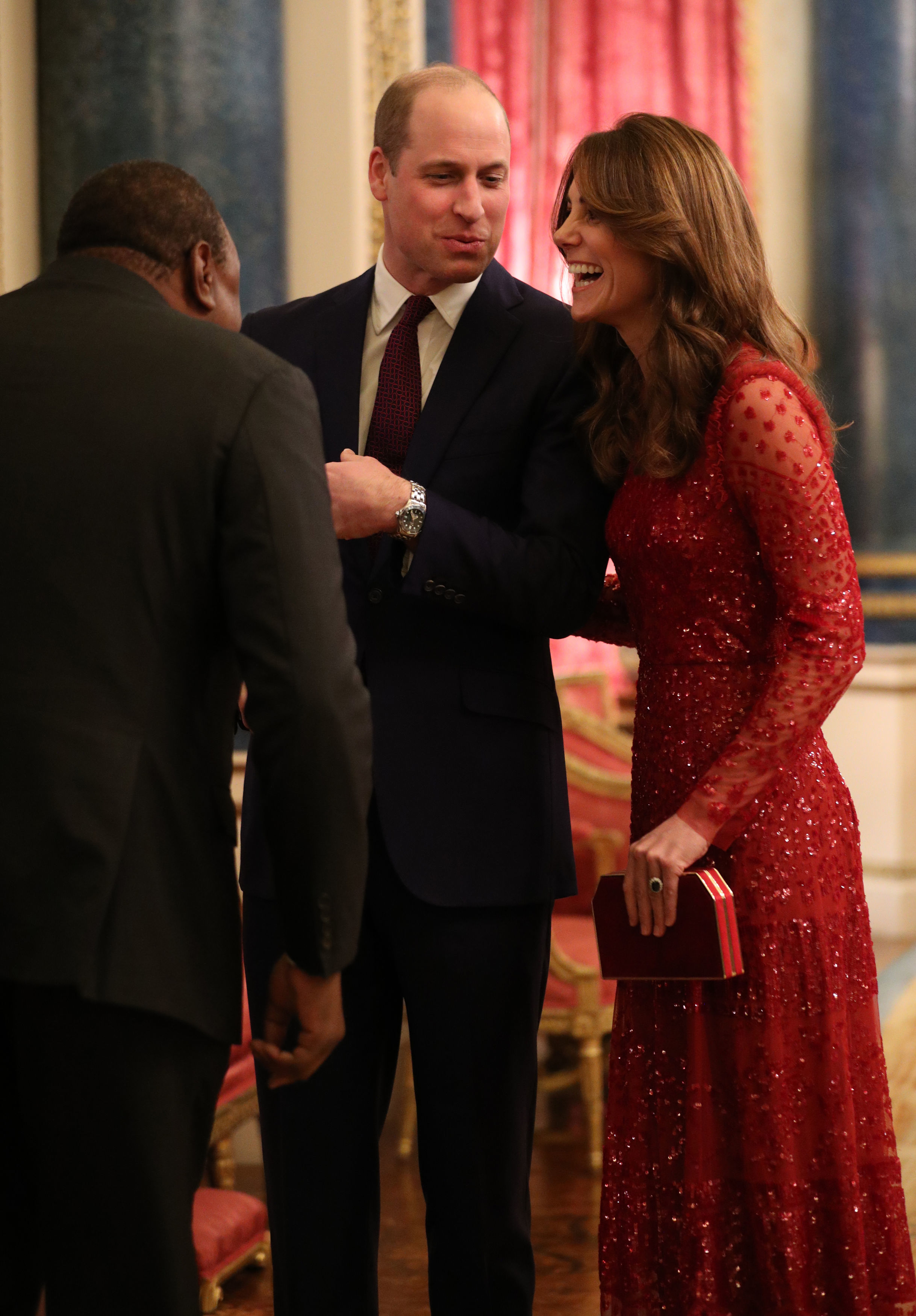 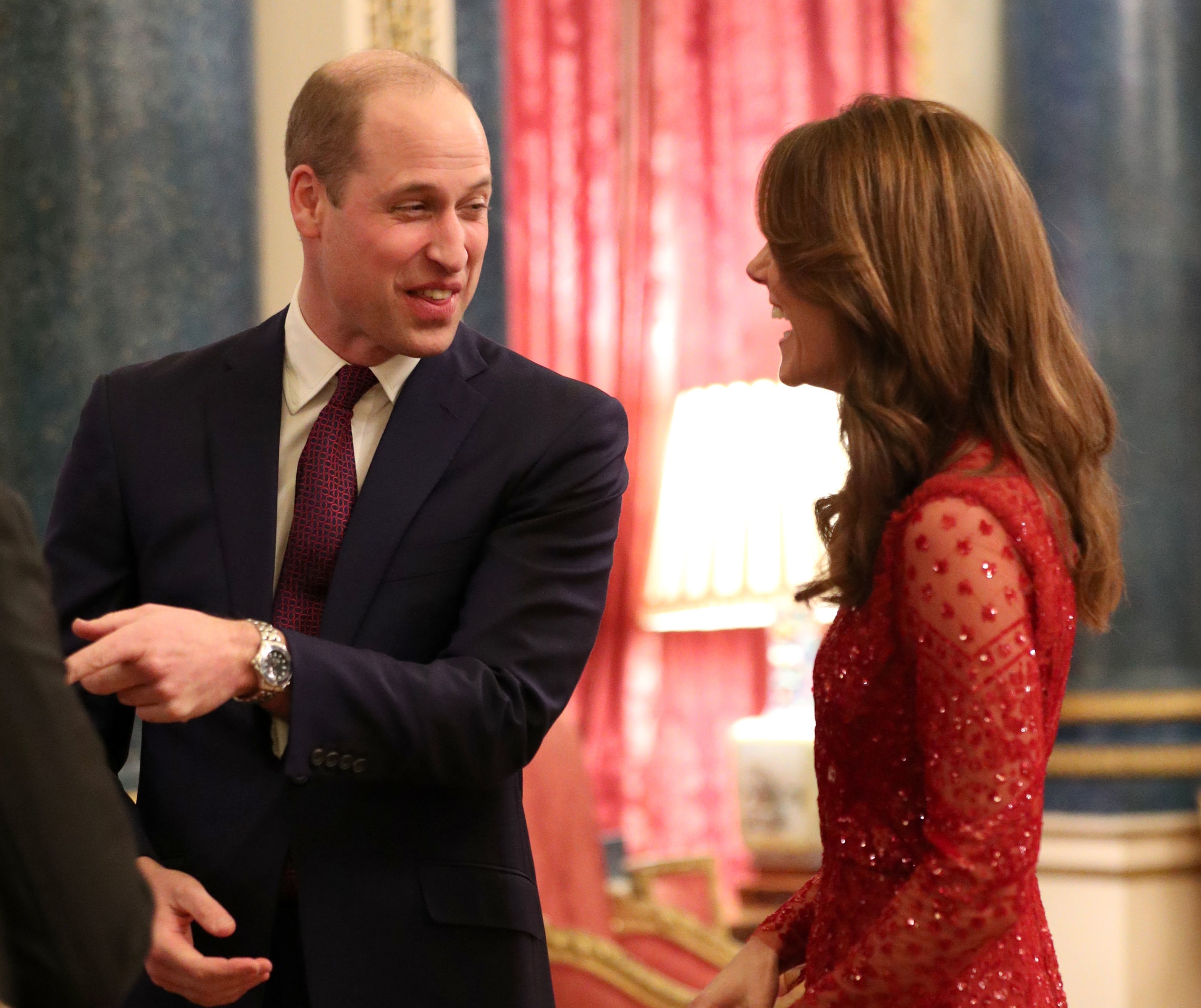 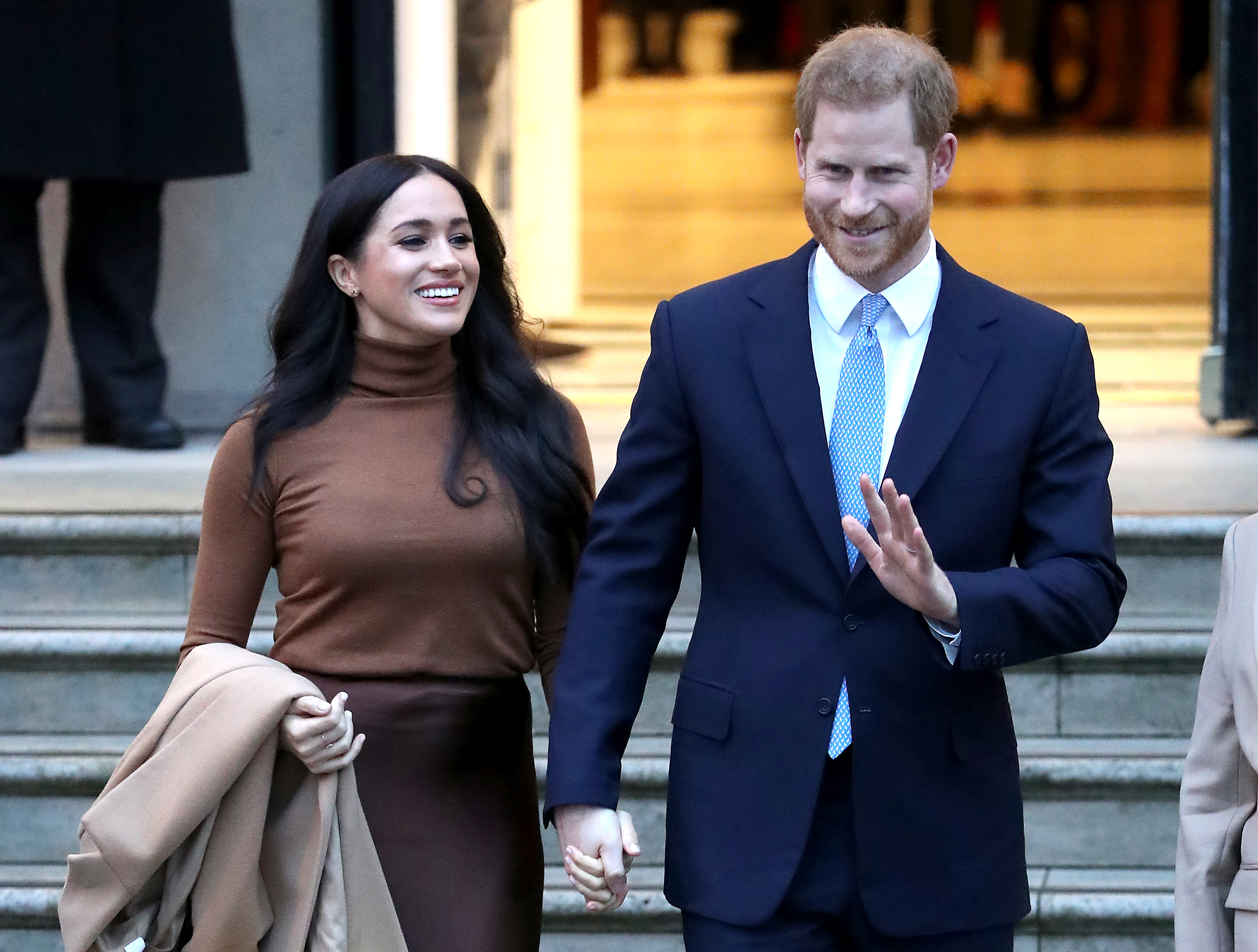 Although the Duke and Duchess of Cambridge typically refrain from touching in public – unlike tactile Meghan and Harry – their arm and back brushes have certainly been increased in recent weeks.

This was also seen as the couple hosted a swanky palace reception for African leaders, as Harry jetted off to Canada.

Judi said: “With their touch rituals increasing in public Kate can join in a conversation with hosts while signalling quiet affection and support for her husband at the same time.

“Given the past few months of drama and emotional turmoil these support signals are probably needed by William more than before.” 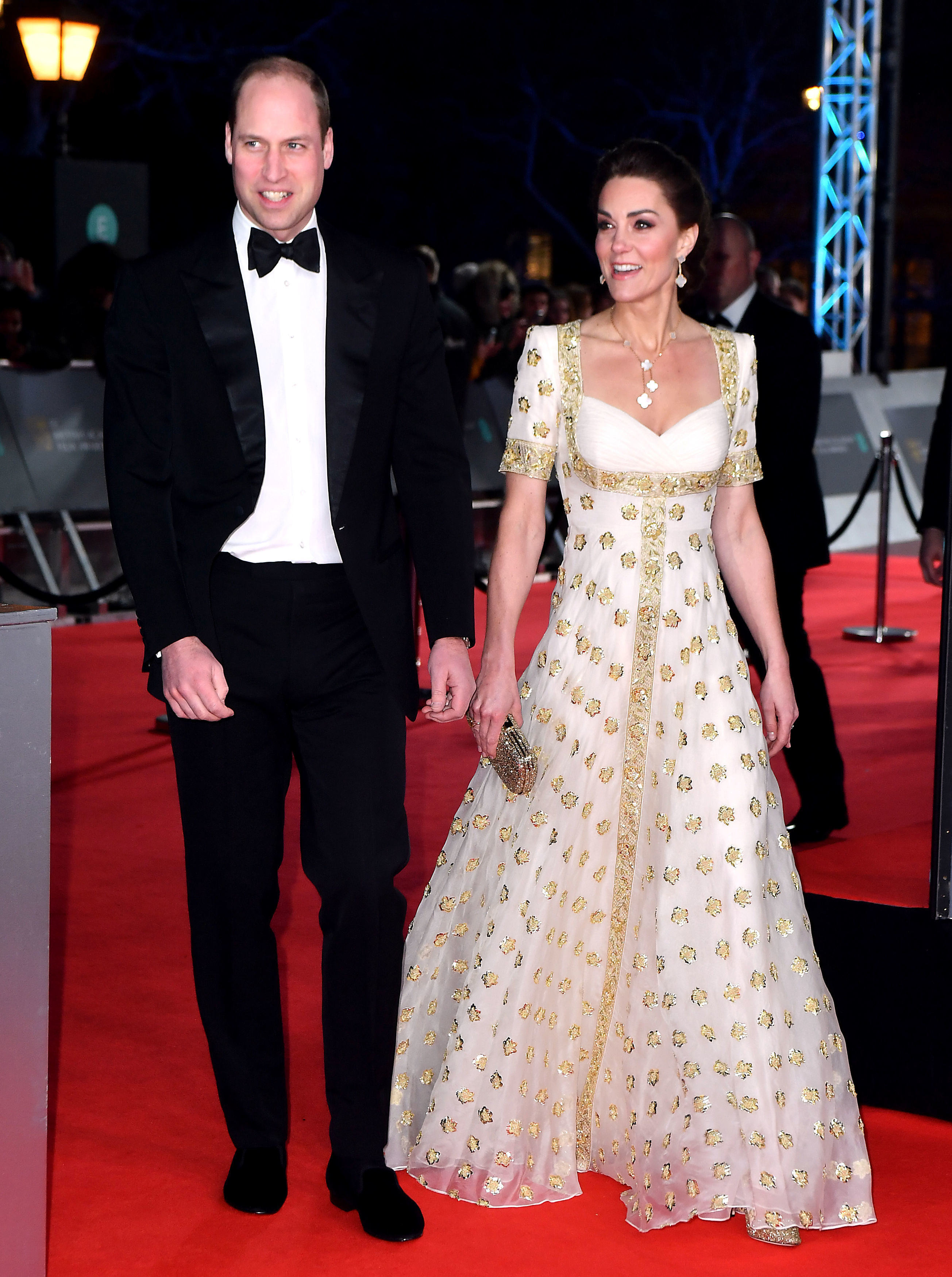 The royal pair dazzled last Sunday after the Bafta Awards, and looked like they celebrated a very stylish date night together.

The body language expert said: “The couple do seem to be embracing the glamour now on the red carpet at high-profile events.

“Kate in particular is looking increasingly comfortable and confident in this role, often taking the lead when it comes to greeting the hosts or chatting with A-list stars while William seems to be happy to share a joke with the waiting fans.”

We shared how Prince William has been leaning on ‘influential force’ Carole Middleton who he sees as ‘second mum’ after Megxit.

Prince Harry headed to Canada earlier this month to be with his wife Meghan Markle and son Archie.