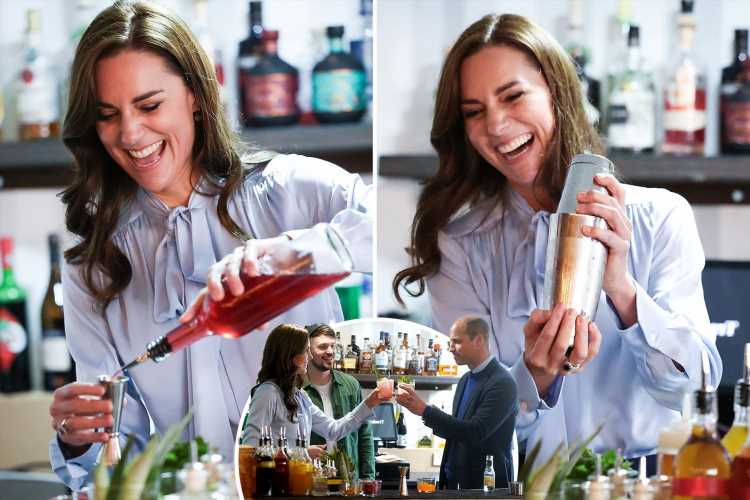 KATE Middleton was all smiles as she mixed a cocktail and enjoyed a cheeky drink with her husband today.

The Prince and Princess of Wales participated in a special cocktail-making competition at Trademarket in Belfast during a day-trip to Northern Ireland. 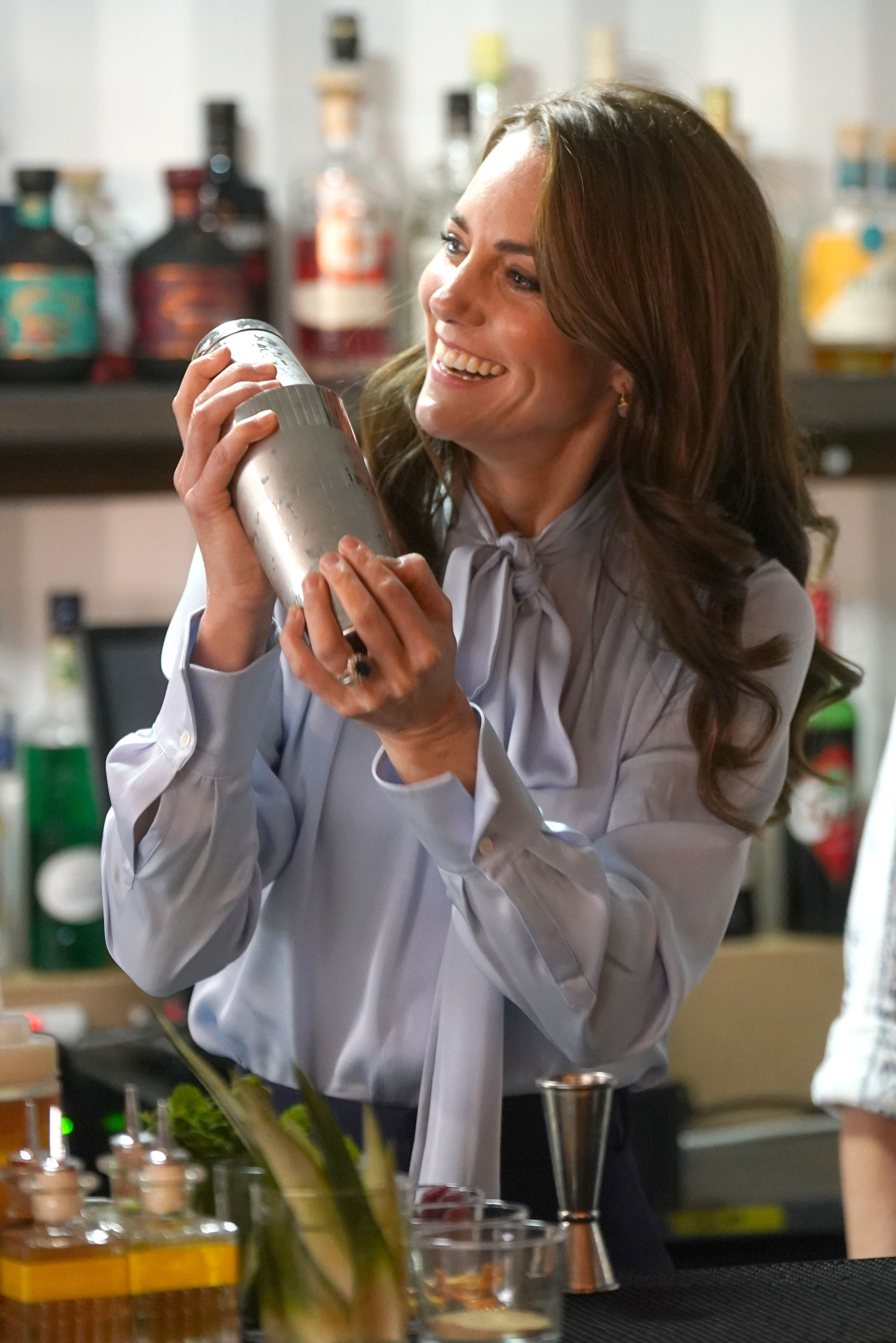 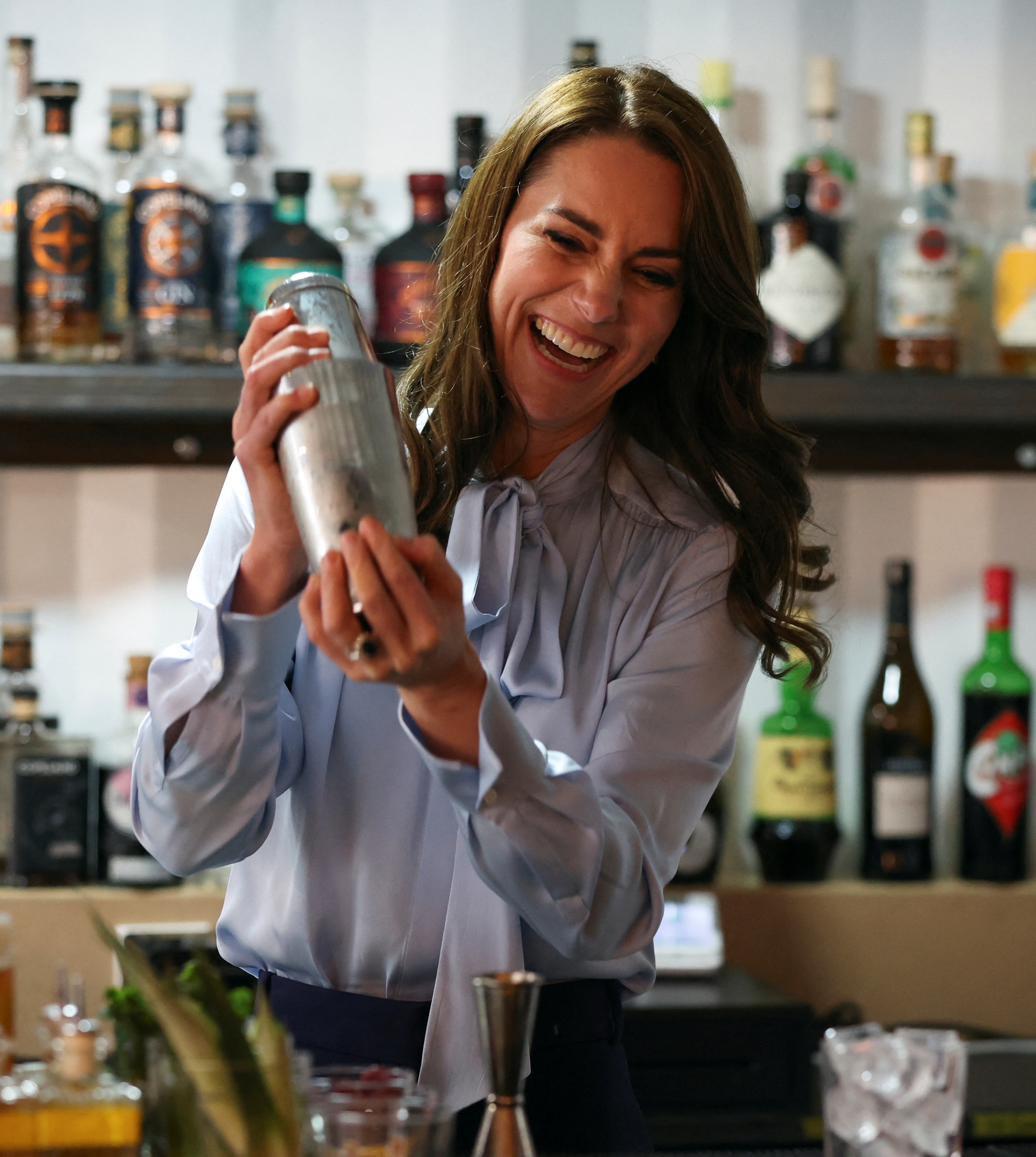 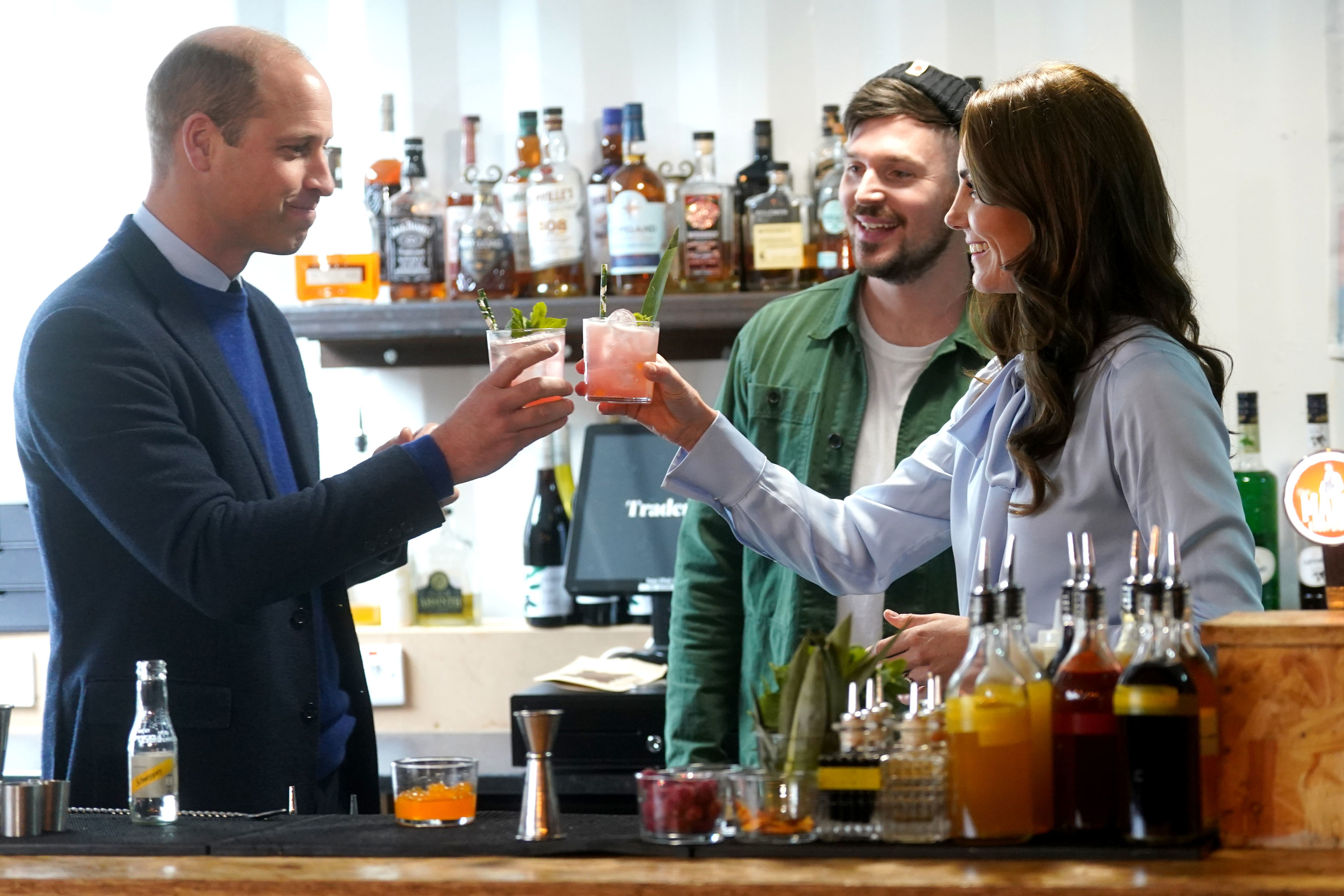 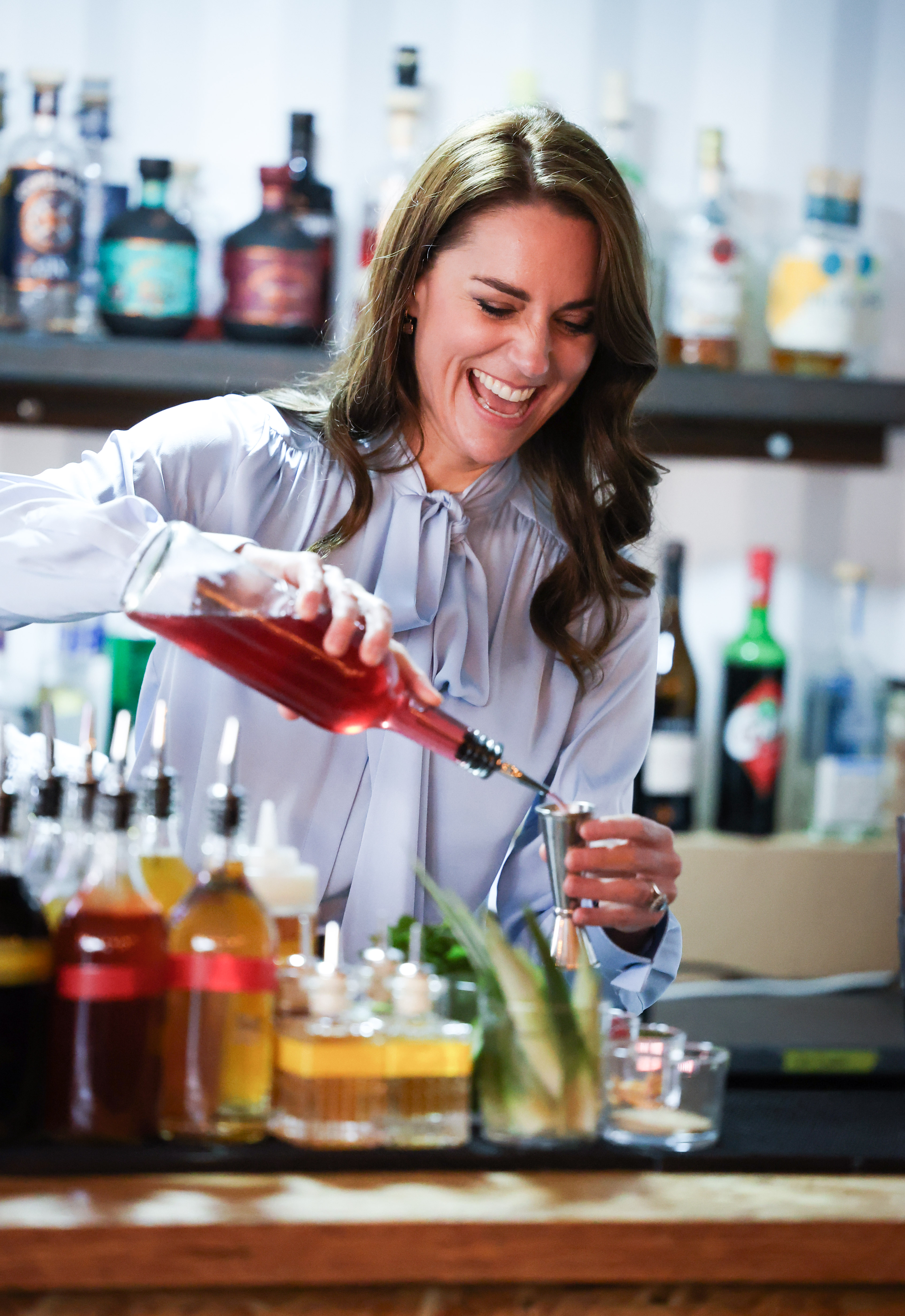 The couple travelled into Belfast city centre to view the new outdoor street-food and retail market.

Having opened its doors in July, the venue offers a place for the community to come together to enjoy artisan food, drinks and products from local, independent vendors.

Kate looked radiant in a blue shirt as she was captured mid-laughter while making her alcoholic beverage.

In one picture, the couple tapped their glasses together as they made a toast.

READ MORE ON WILL AND KATE 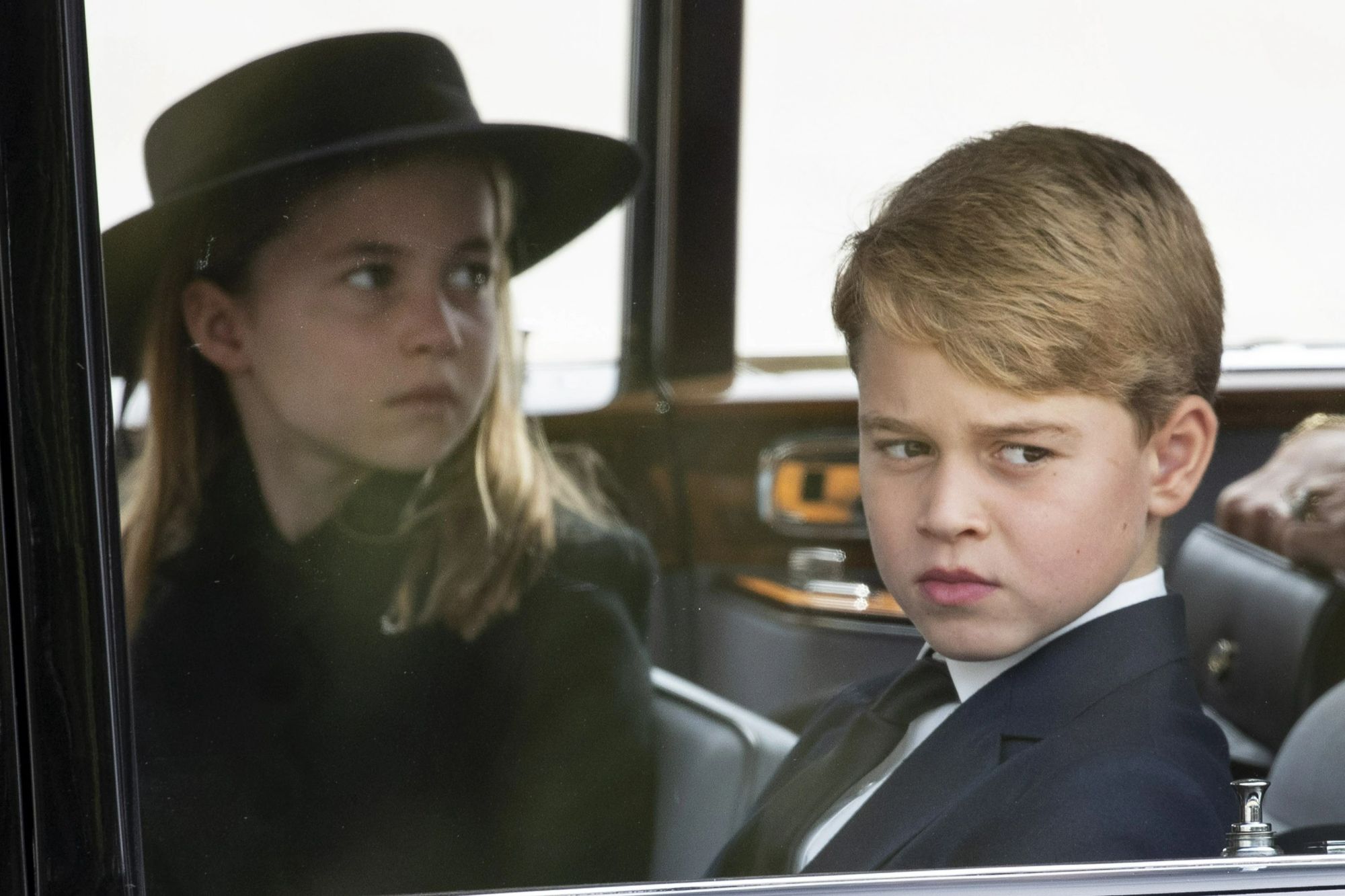 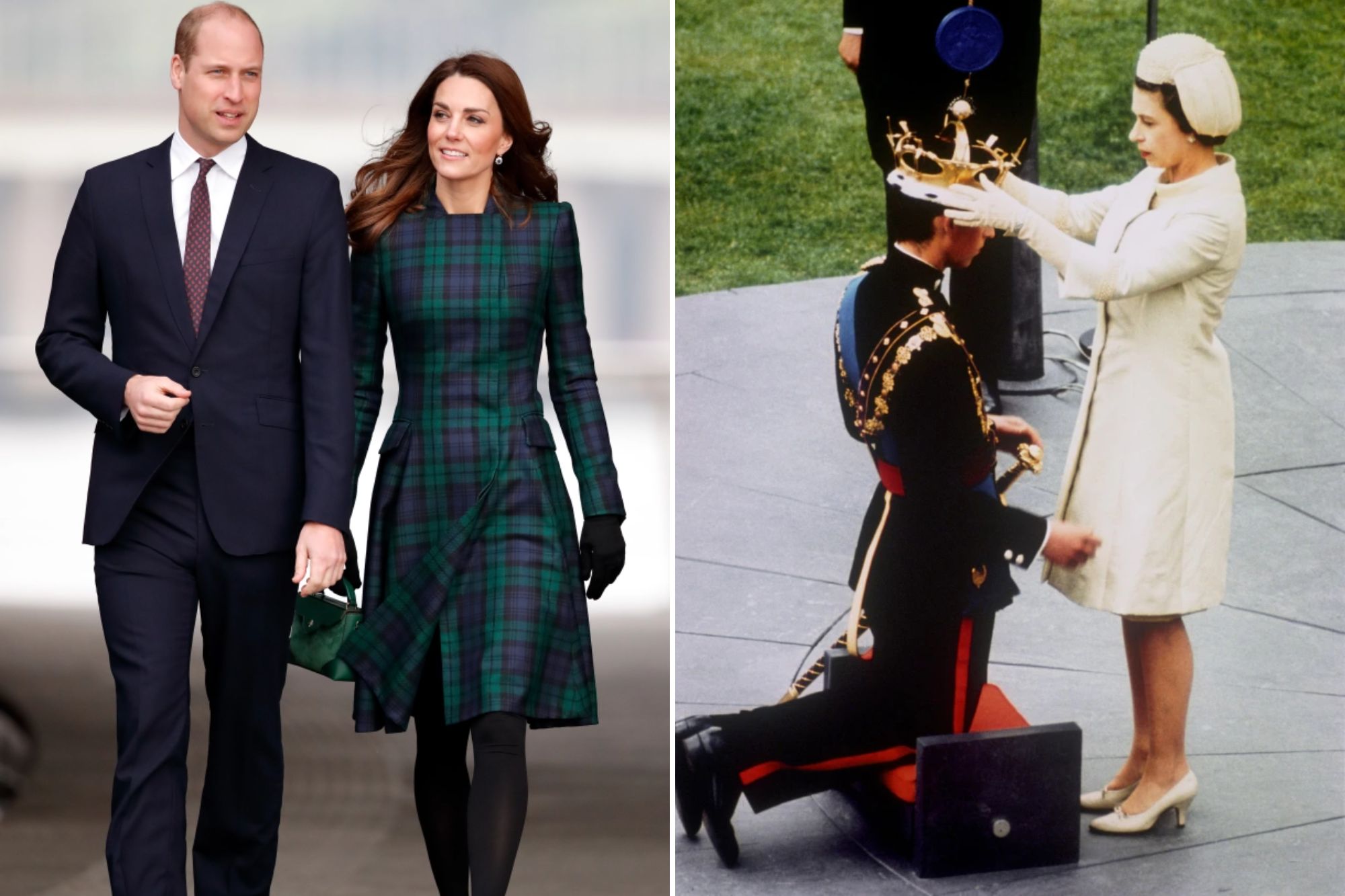 The stop was one of many as they visited with cross-community organisations that provide support to people from all backgrounds.

Earlier in the day, Kate and William took time to meet workers from the suicide prevention charity PIPS in north Belfast.

Lord mayor Tina Black and Sinn Fein MP for the constituency John Finucane were among those who welcomed the royal couple on arrival.

Inside, 12-year-old Elyse Quinn, the daughter of the charity's executive director Renee Quinn, presented the princess with a bouquet of flowers.

PIPS was founded in 2003 following the loss of 14 young people to suicide in Belfast over a short period of time the previous year.

Compelled to act, stakeholders from across the city came together to try to tackle the issue.

During their visit, William and Kate spoke with staff about their work helping people at risk of suicide and self-harm.

The charity also arranged for them to take part in an art therapy session, painting pumpkins, with some vulnerable children who have been supported by PIPS.

Since the start of the Covid-19 pandemic, the organisation has seen a significant rise in those reaching out for help.

That includes an increase of more than 500 percent among young people.

At the close of their visit, the prince and princess joined a group of volunteer counsellors in packing up the charity's Little Boxes of Hope.

The support packages are given to children following their time with PIPS to assist their ongoing recovery and ensure that their parents and guardians feel better equipped to cope. 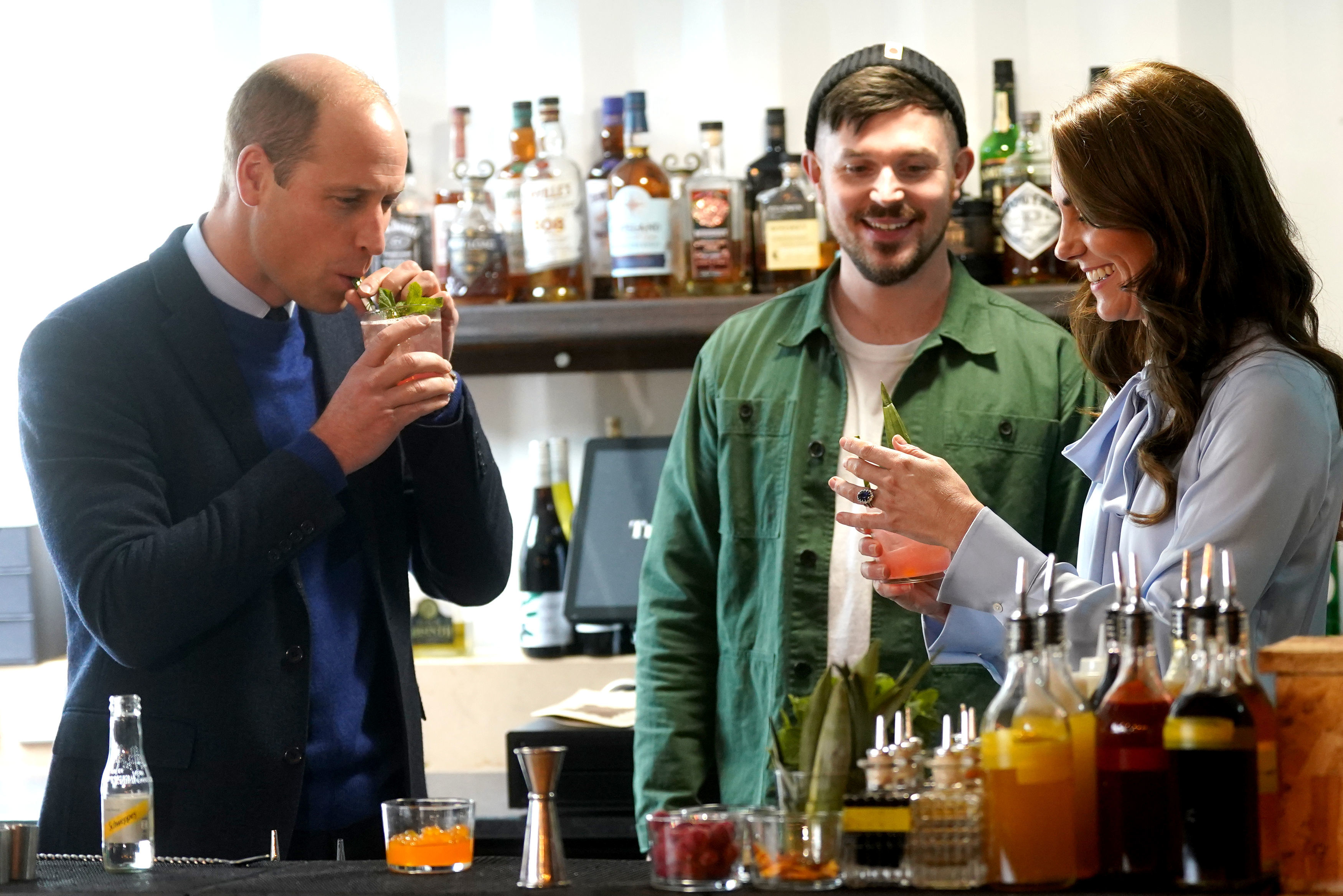 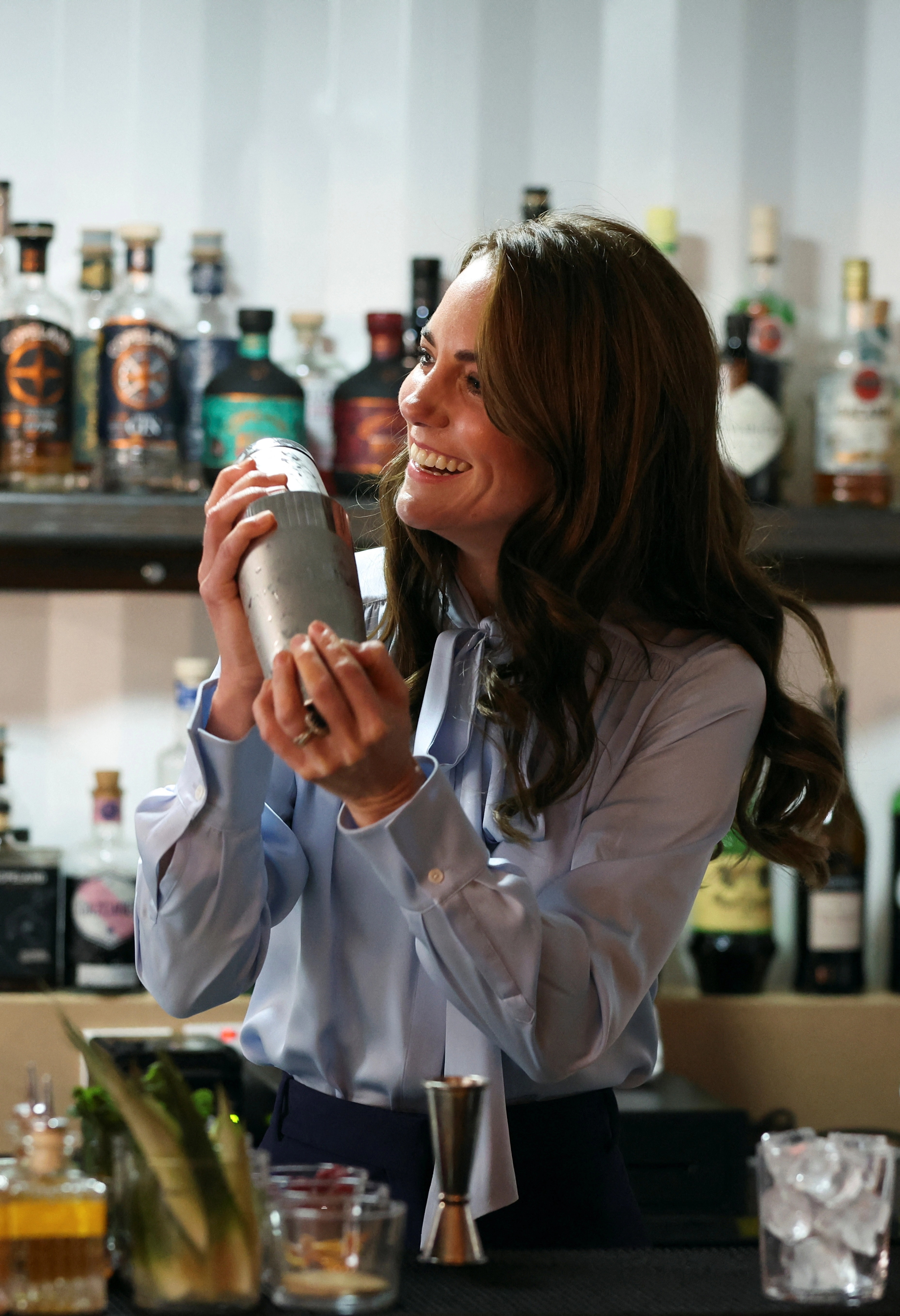 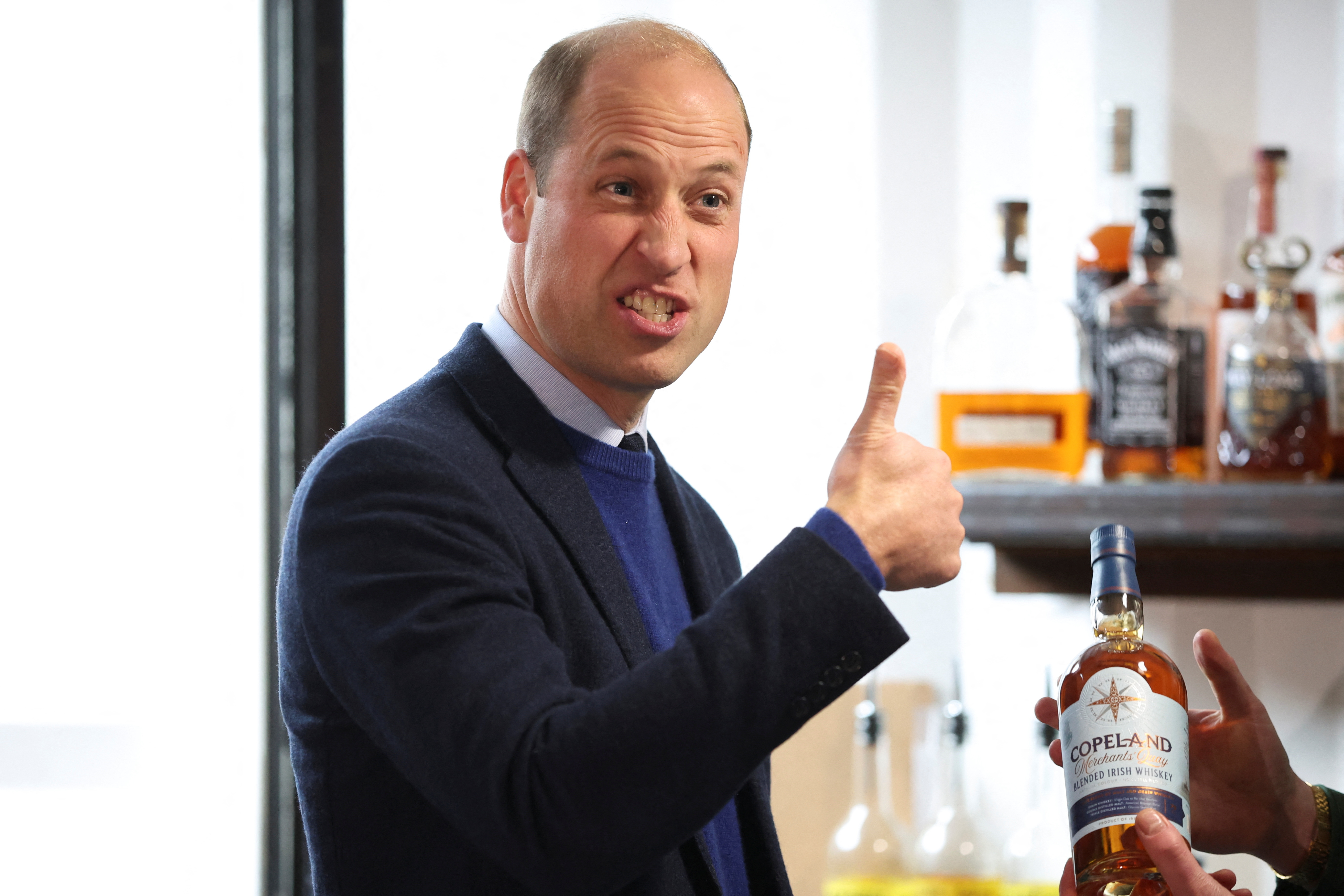 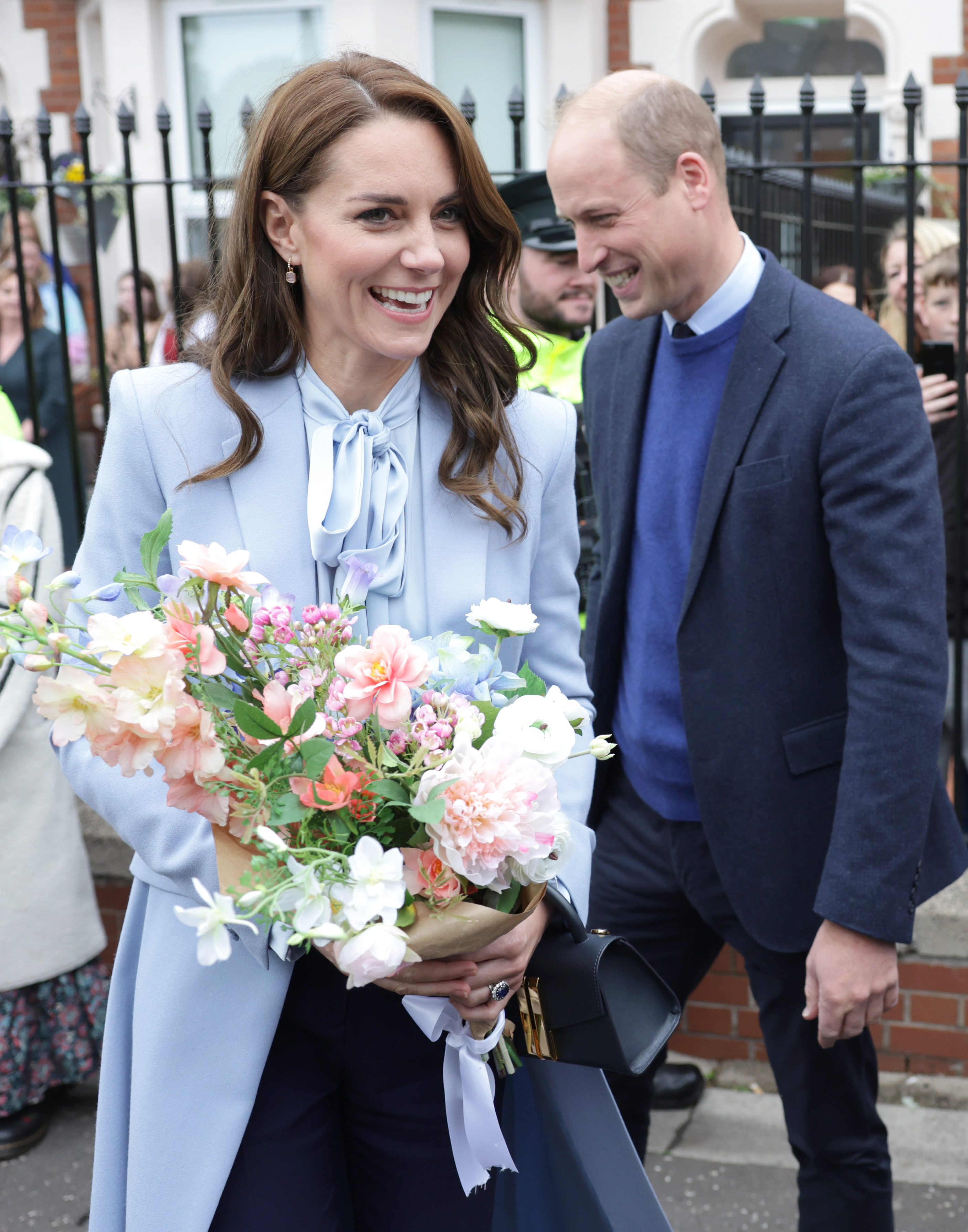