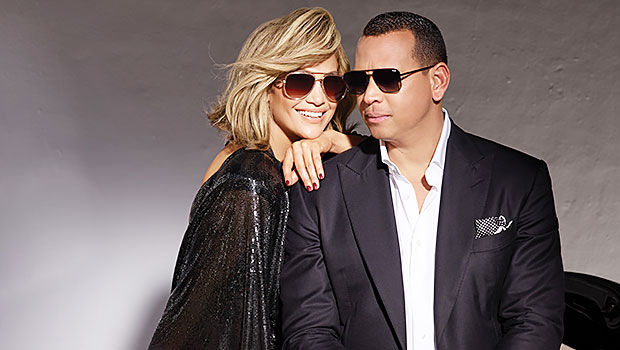 Now this is one way to celebrate an engagement! Just two weeks after JLO & A-Rod announced they’re getting married, the power couple just landed their first fashion campaign together for sunglass brand, Quay, and the pictures are seriously sexy.

Jennifer Lopez, 49, and Alex Rodriguez, 43, are taking their relationship to the next level with their new Quay Australia campaign, which just dropped today, March 20. It’s no secret that both JLO and A-Rod are fashion icons in their own way, but the two of them look even better posing together, which Alex said was the best part of the campaign. “It was really special to be able to shoot in Miami with Jennifer, she was the one who introduced me to Quay Australia,” he said. Jennifer has been a fan of the celeb-loved brand, and admitted, “Quay Australia has been one of my go-to brands ever since I first discovered them a few years ago. I fell in love with them, and I’ve worn them regularly since. When the opportunity to team up was presented, it felt so fitting. Getting to do this with Alex was a big bonus too. He loves sunglasses as much as I do.”

The campaign is unbelievably sexy, as the happy couple pose in a slew of different outfits. Jennifer is pictured leaning against Alex with her hand on his thigh while wearing a skin-tight yellow ruched ensemble that shows off her perfect curves and a little bit of her taut tummy. Meanwhile, Alex is behind her in a pair of white pants and a powder blue button-down shirt. In another sultry photo from the shoot, the couple is dressed in matching white ensembles, with JLO in a little bandeau bra top and high-waisted trousers. Of course, in all of the photos, the couple is seen sporting their new capsule collection sunglasses, which JLO said is a super important accessory for her. “Sunglasses have always been an important part of my wardrobe,” she explained. “I love how easy it is to change my mood by just putting on a pair of sunglasses. Self-expression and confidence are so important to me, and that powerful feeling you get when you put on a great pair of sunglasses is part of that.”

This campaign officially marks the fist ever fashion campaign that the newly engaged pair has done together and it seems quite fitting considering they both love sunglasses, and the affordable brand. “I’ve followed the brand for quite some time and love how they are disrupting the eyewear category. I’ve never had a pair of sunglasses that fit so well and the fact that you can get high quality, polarized sunglasses for $50 is pretty great,” A-Rod said. The capsule collection, QUAY X Jennifer Lopez and Alex Rodriguez, features a full range of women’s and men’s sunglasses all priced at $50-$60 per pair.

Meanwhille, Quay Australia CEO Jodi Bricker gushed over having the couple star in the campaign, saying, “Jennifer Lopez is the ultimate female force, an inspiration for women who dream of doing it all. She owns and expresses each diverse side of herself—superstar, businesswoman, mother—and that’s exactly what this brand stands for. The ability to put on your best self each day, whatever that means to you. Partnering with Jennifer and Alex gives us the ultimate ability to bring that magic to our community. They are both genuine fans of the brand, which is so important to Quay. Individually they are powerful; together they are unstoppable.”

While looking at the campaign photos, you may notice something is missing and that’s because JLO is without her massive engagement ring in all of these shots. The photoshoot was taken before A-Rod’s epic proposal of course, which was announced on March 9 after the former baseball star proposed to the signer on the beach while on vacation in the Bahamas. It would be pretty hard to miss the ring considering the emerald rock is worth a whopping $5 million dollars.