While attending the same event as Ben Affleck on May 2, Jennifer Lopez looked like an absolute bombshell in a sexy plunging ensemble.

Alex Rodriguez who!? Jennifer Lopez looked completely unbothered by her breakup from the former baseball star when she attended Global Citizen’s Vax Live: The Concert To Reunite The World event on May 2. She shared photos on Instagram of herself backstage, where she wore high-waisted white pants, paired with a sheer, low-cut top covered in intricate silver beading. The top was held up with nothing but a white belt, and Jennifer was glowing with her tan skin and flawless makeup. 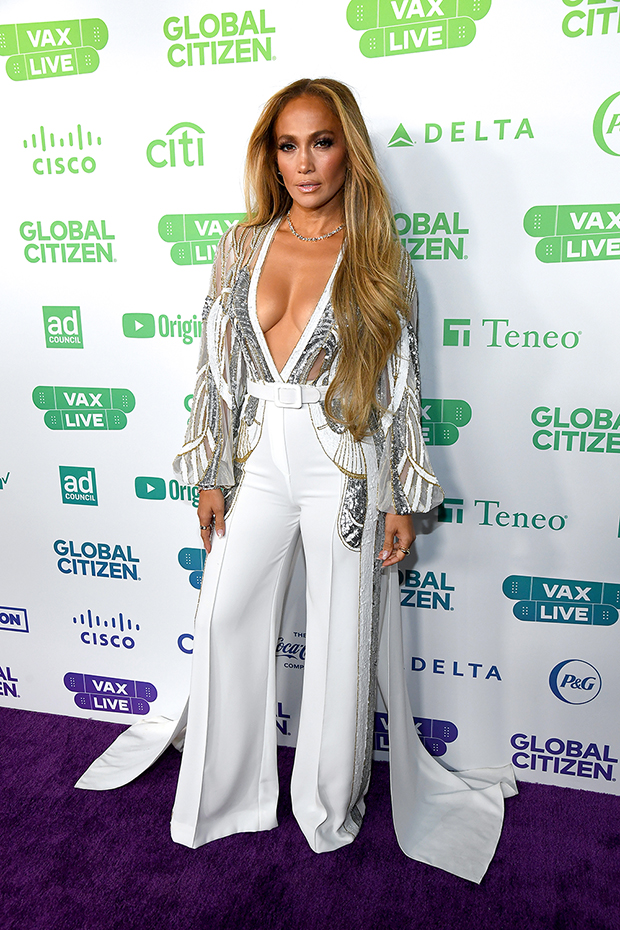 Interestingly, Jen’s ex, Ben Affleck, who she’s reportedly been spending time with recently, was also at the event. Although they didn’t appear in any photos together, they both took the stage at separate points of the evening. It’s unclear if they interacted with one another backstage at any point.

Fans of the singer/actress went wild when Page Six reported that she and Ben have been “hanging out” since Jen split from A-Rod in April. Jen and Ben were previously engaged in 2002, but ended their relationship by Jan. 2004. However, they’ve been friendly since the split, and have even said that they kept in touch over the years. Meanwhile, Jen and A-Rod announced the end of their four-year romance on April 15, just weeks after rumors of trouble in paradise first surfaced. 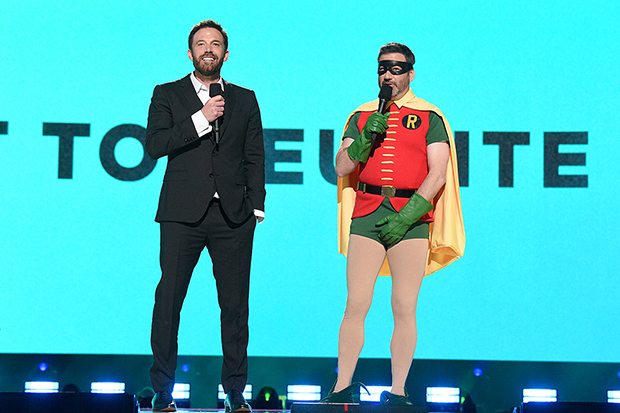 Jennifer was one of the performers at the Vax Live concert, and for the performances, she changed into even more stunning looks. One ensemble was a bright, colorful bodysuit, paired with tights and knee-high boots. She also rocked a gorgeous, fringe jumpsuit with a plunging neckline and a teeny tiny, yellow and black mini dress. At one point, she even brought her mother, Guadalupe, onstage to perform!

Other attendees included Selena Gomez, Prince Harry, Chrissy Teigen, Olivia Munn and more. In addition to Jen, the concert featured performances from Foo Fighters, J Balvin, H.E.R. and Eddie Vedder.The event was held to honor frontline workers, while also urging Americans to get vaccinated against COVID-19. It will air on May 2 at 8:00 p.m. on various networks and YouTube.

Dwyane Wade on Gabrielle Union: ‘It’s not my job to change who she is’