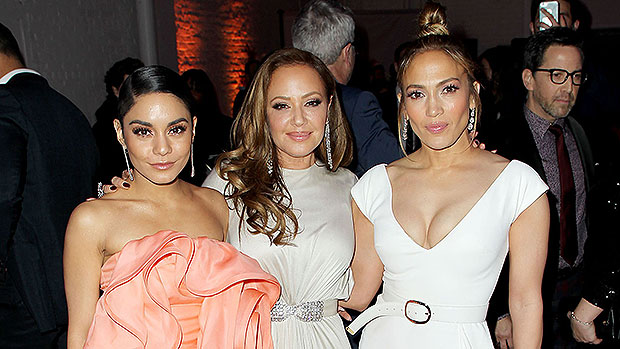 After the premiere is the after-party! Jennifer Lopez changed into a white dress for the ‘Second Act’ post-premiere party on Dec. 12, and her toned legs were on full display in the ensemble. Check it out!

Jennifer Lopez, 49, wrapped up an insanely busy press day with the NYC premiere of her new movie, Second Act, on Dec. 12, which concluded with an after-party. For the bash, Jen rocked a plunging white dress, which featured a thigh-high slit and asymmetrical hemline. She posed for photos with her left leg stuck out, putting her insane thigh and calf muscles on display. The belted look also allowed for some major cleavage, and Jennifer looked sexy and chic all at the same time. She completed the look with her hair in a top knot and silver heels.

It’s been almost two years since J.Lo and A-Rod started dating, and although she recently insisted they’re not engaged, it’s no secret that they live their lives as a family. While Jen has ten-year-old twins, A-Rod has two daughters, aged 14 and ten. “I was so loving to his kids and he was so loving and accepting of mine,” Jennifer told People. “And they embraced each other right away. [It was], I get a new brother and sisters to hang out with all the time, and it’s nice.”

Alex added that the kids have become “best friends” since the pair blended their families, too. “That keeps us both grounded and appreciative,” he admitted. “We couldn’t have asked for anything better than the four of them getting along as they do.”