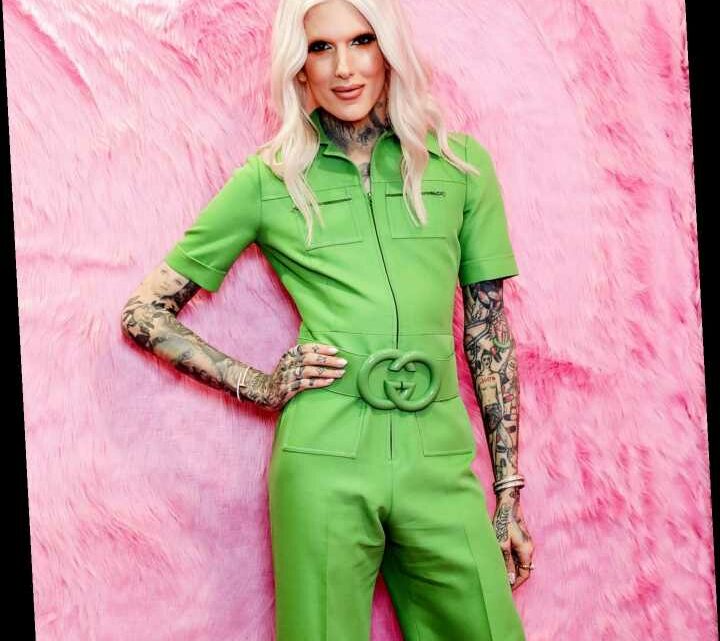 Jeffree Star is once again facing allegations of racism after revealing new promotional photos for his latest beauty launch.

Last week, the YouTube star, 34, released the marketing photos for his new lipstick formula called Velvet Trap. One of the images featured a woman of color on her knees in a mousetrap.

"Hey it's super weird to use imagery of a black woman in a rodent trap especially when you have a history of calling black women rats but like every other terrible thing you do, this will inevitably be forgotten until the next launch," one Twitter user replied to the image.

Another user added, "Remember that one time @JeffreeStar [email protected] and @jackieaina a rat? And then he makes a whole ass campaign with a Black woman in a rat trap? But y’all want to believe he’s a changed person."

Starr's team did not return PEOPLE's request for commet

Back in 2017, Star reportedly called fellow beauty influencer Jackie Aina an "irrelevant rat" in a since-deleted tweet after she included his products in an anti-haul video, according to Seventeen.

"I blocked that irrelevant rat months ago, way before her 'anti haul,'" he allegedly wrote.

The following year, in 2018, Jackie Aina called out Star for exhibiting "blatantly racist behavior" in a lengthy statement on Twitter.

"I have not and will not excuse his blatantly racist behavior — not his past references to me in derogatory terms, his continued use of the N word, nor his efforts to eliminate spaces and opportunities for people of color," her statement read in part. "No one in the community should feel they are protected enough to continuously say things to make black women feel ugly and ashamed in their own skin."

She also went on to sever ties with Morphe Cosmetics, a brand that used to represent Star before also cutting ties with him earlier this year amid mounting allegations of racism against him.

In 2018, Star also called MakeupShayla, another black beauty influencer, an "insecure rat" on Snapchat after claiming Shayla had insulted another woman.

"Now, why would a grown woman tell another grown woman something that disgusting and ugly unless she was an insecure rat herself," he said in the video which has since been posted on YouTube.

A rep for Star did not immediately respond to PEOPLE's request for comment.

In July, Morphe announced that they would be professionally parting ways with Star, saying in a statement: "Today we’ve made the decision to cease all commercial activity related to Jeffree Star and affiliated products."

"We expect this to conclude within the coming weeks," the statement continued. "As we look to the future, we will continue to share updates on what lies ahead for the Morphe brand."

Star's personal beauty brand, Jeffree Star Cosmetics, responded to the announcement with a statement of its own, reading: "We are shocked and extremely saddened by the decision of our former retail partner Morphe Brushes on parting ways with our brand and Jeffree."

Star has previously addressed his past racist comments and apologized for the "really disgusting, vile, nasty and embarrassing things."

"I look at them and it just makes me sick to my stomach because I don't know who that person was."

‘Reagan’ Biopic Halted In Oklahoma After COVID-19 Outbreak Among Crew