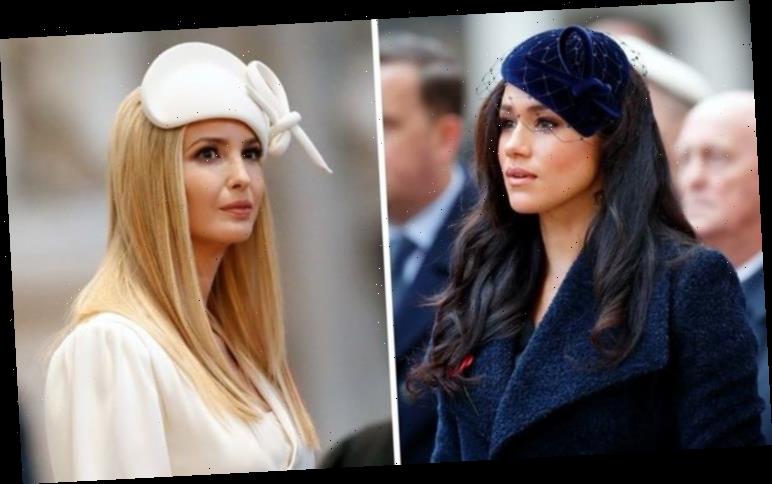 Meghan Markle has been pictured wearing similar outfits to Ivanka Trump in the past on different occasions. The Duchess of Sussex is known for her love of high end fashion and incorporating designers like Givenchy, Chanel and Dior into her wardrobe. But what are the outfits they have both been seen wearing?

While some outfits are very similar, others are the exact same.

Both Meghan and Ivanka were seen wearing the Jackie O dress by Black Halo.

The Duchess of Sussex was pictured wearing this dress back in 2018 as she attended a reception for Women’s Empowerment in London.

This dress is also a favourite amongst other celebrities including Kim Kardashian and Blake Lively. 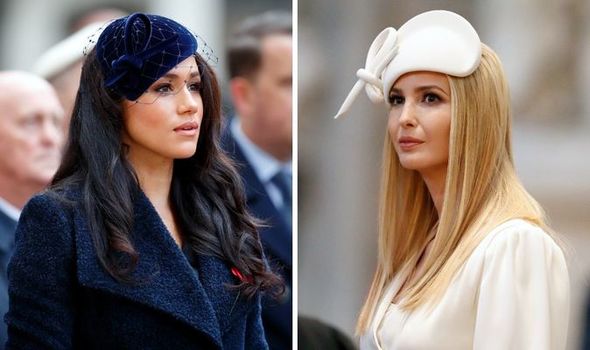 The dress retails for £227.30 from Saks Fifth Avenue and is still on sale now.

They also both own the same Emilia Wickstead button down dress.

Ivanka, who serves as a senior advisor to her father wore it in white to an event at the White House in 2018.

The former actress owns the black version of the dress and sported it in Sydney that same year.

Also Meghan and Ivanka have both worn the Philip Treacy Hat that Meghan chose to wear for the Remembrance Day service in 2019.

The Duchess of Sussex has grabbed attention for her stylish outfit choices, and was even named 2019’s most influential dresser by Last Index, with Kate Middleton coming in 11th place.

Both Ivanka and Meghan have worn the Carolina Herrera tiered gown that the Duchess wore for her 2017 Vanity Fair photoshoot.

Other stars, including Mandy Moore, also wore the strapless gown around the same time. 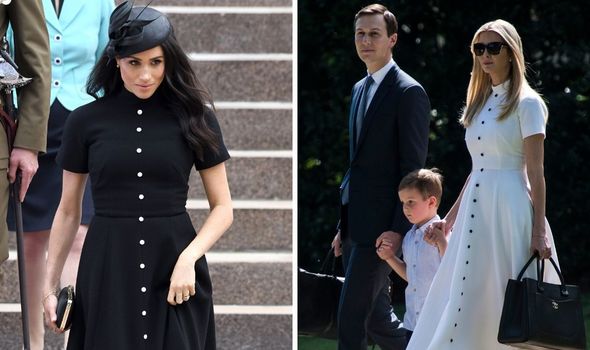 Meghan, in her 22 months as a royal has a wardrobe worth nearly £1million.

While the pair have never met in person, they both share a mutual friend in Misha Nonoo, and they both attended her wedding in Rome last September.

So it’s no surprise that they have both sported her ‘Audrey’ pleated navy skirt in the past.

The Duchess of Sussex and Ivanka both share a love of wrap coats, cape silhouettes and shirt dresses.

The daughter of the US president has also twinned with The Duchess Of Cambridge on many occasions.

They both own the same green dress by high end British brand Beulah.

The olive green dress retails at £550 and Kate was seen wearing as she attended Kensington Palace in 2019.

Ivanka Trump wore this dress in the same year as she was pictured leaving her Washington home.

While Meghan and Kate Middleton have never been pictured wearing the exact same outfit, the pair also share a love for tartan coats, white coats and striped tops.