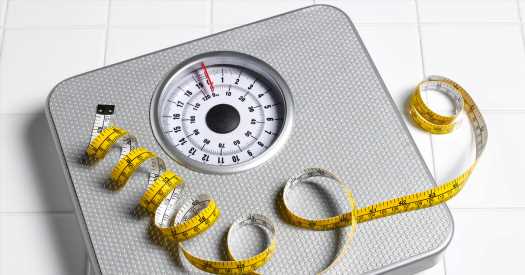 There are few single measures in health care that seem to carry as much weight as body mass index, or B.M.I. We encounter it not just at doctor’s offices, but with online calculators and smart scales, at gyms and even when determining eligibility for the Covid vaccine.

Many feel judged by these categories, given that only about a quarter of adults in the United States can call themselves “normal” on the B.M.I. scale. But after talking with an epidemiologist, two obesity medicine physicians, a health psychologist and a sociologist, none claimed that B.M.I. was a very useful measure of a person’s health. And, in fact, some said they would indeed call it a scam.

Introduced in the 1830s by a Belgian statistician who wanted to quantitatively describe the “average man,” the calculation was named the body mass index and popularized in the 1970s by the Minnesota physiologist Ancel Keys. At the time, Dr. Keys was irritated that life insurance companies were estimating people’s body fat — and hence, their risk of dying — by comparing their weights with the average weights of others of the same height, age and gender. In a 1972 study of more than 7,000 healthy, mostly middle-aged men, Dr. Keys and his colleagues showed that the body mass index was a more accurate — and far simpler — predictor of body fat than the methods used by the insurance industry.

“It is a very useful tool in epidemiologic research,” said Dr. JoAnn Manson, a professor of medicine at Harvard Medical School. Research has shown that across large groups of people, higher B.M.I. is generally associated with greater risk of heart disease, Type 2 diabetes and some types of cancer, she said. On average, people with a higher body mass index have more body fat, so it can be useful for tracking rates of obesity, which have nearly tripled globally over the last several decades. It also has a “J-shaped” relationship with mortality; very low and very high B.M.I.s are associated with greater risk of dying sooner, whereas the “normal” to “overweight” range is associated with lower mortality risk.

As Dr. Keys found, B.M.I. is also easy and inexpensive to measure, which is why it is still used in research studies and doctor’s offices today.

Does it accurately describe individual health?

For all its utility as a research tool, though, body mass index is “fairly useless when looking at the individual,” said Dr. Yoni Freedhoff, an associate professor of family medicine at the University of Ottawa.

B.M.I. can’t tell, for instance, what percentage of a person’s weight is from their fat, muscle or bone. This explains why muscular athletes often have high B.M.I.s despite having little body fat. And as people age, it’s common to lose muscle and bone mass but gain abdominal fat, a change in body composition that would be concerning for health but might go unnoticed if it didn’t change a person’s B.M.I., Dr. Manson said.

The measure also does a poor job of predicting a person’s metabolic health. In a 2016 study of more than 40,000 adults in the United States, researchers compared people’s B.M.I.s with more specific measurements of their health, like their insulin resistance, markers of inflammation and blood pressure, triglyceride, cholesterol and glucose levels. Nearly half of those classified as overweight and about a quarter of those classified as obese were metabolically healthy by these measures. On the other hand, 31 percent of those with a “normal” body mass index were metabolically unhealthy.

B.M.I. can “label a huge swath of our population as somehow aberrant because of their weight, even if they’re perfectly healthy,” said A. Janet Tomiyama, lead author of the study and an associate professor of health psychology at the University of California, Los Angeles.

Another problem with B.M.I. is that it was developed and validated mostly in white men, said Sabrina Strings, an associate professor of sociology at the University of California, Irvine. But body composition and its relationship with health can vary depending on your gender, race and ethnicity. “Women and people of color are largely not represented in many of these data,” Dr. Strings said. “Nevertheless, they’re being used to create a universal standard.”

It can be if it’s used to set arbitrary goal posts for body size. Dr. Rekha Kumar, an associate professor of clinical medicine at the Weill Cornell Medical College, said that some patients who have lost weight and reached what she sees as their “healthy, happy weight,” but who still have a high B.M.I., may feel that they have to unnecessarily or unrealistically drop more pounds to be considered normal on the scale.

It can also be harmful if a doctor assumes that a person with a normal body mass index is healthy, and doesn’t probe them about potentially unhealthy habits they may have, like following a poor diet or not getting enough physical activity, Dr. Freedhoff said. And if the doctors of patients with higher B.M.I.s focus on weight alone as the cause of any health issues they may have, the doctors may miss more important diagnoses and risk stigmatizing patients.

There is plenty of evidence that weight stigma is harmful, Dr. Tomiyama said. Research has shown that anti-fat bias is common among medical doctors, which can result in lower quality care and cause patients to avoid or delay medical attention. People who have felt discriminated against because of heavier weight are also about 2.5 times more likely to have mood or anxiety disorders, and are more likely to gain weight and have a shorter life expectancy.

“You can see a situation where this hyper focus on body mass index, and that there are allowable and unallowable B.M.I.s, could be highly stigmatizing,” Dr. Tomiyama said. “And that stigma in turn could ironically be driving future increases in weight.”

This burden may fall disproportionately on Black Americans, Dr. Strings said, who as a group tend to have higher B.M.I.s than white Americans — especially among Black women. Yet evidence suggests that having a higher B.M.I. is not as clearly linked to earlier death in Black Americans. If doctors only focus on body mass index, Dr. Strings said, they may be more likely to blame their patients’ health issues on their B.M.I. or counsel their Black patients to lose weight.

In her own research, Dr. Strings has traced the origins of fat phobia in the Western world to the time of slavery, when Black women were “deemed to be excessively corpulent,” she said, as a way of positioning them as inferior to white women.

Dr. Strings argued that focusing on body mass index as a measure of health only distracts from the more important work of addressing the structural factors that lead to poor health, like “poverty, racism, lack of access to healthy fruits and vegetables” and environmental toxins, she said. “But instead, we just keep wanting to vilify fat people.”

If B.M.I. isn’t important to monitor for health, what is?

If you’re concerned about your weight, a more direct and relevant way to gauge potentially unhealthy body fat is to measure your waist circumference, Dr. Manson said. This estimates abdominal fat, which lies deep within the abdomen and accumulates around vital organs. In excess, it can increase the risk of certain obesity-related conditions like Type 2 diabetes, high blood pressure and coronary artery disease. It is also more harmful than subcutaneous fat — the soft fat you can pinch with your fingers that lies in a layer just beneath the skin.

But in Dr. Freedhoff’s weight management clinic, he and his team don’t set patient goals around B.M.I., weight or waist circumference at all. “We discuss something we call ‘best weight,’ which is whatever weight a person reaches when they’re living the healthiest life they can actually enjoy,” he said. If a patient’s weight is negatively affecting their health or quality of life, Dr. Freedhoff and his colleagues will explore weight loss strategies including lifestyle changes, medication or, in some cases, surgery. But if it’s not, Dr. Freedhoff tells patients that they may already be at their healthy weight, regardless of their B.M.I.

Rather than focusing on body size as a gauge of health, Dr. Tomiyama said that your blood glucose, triglyceride and blood pressure results can be better windows into your well-being. How you feel in your body is important, too, she said. “Can you go up a flight of stairs and feel good about how you feel after that? How are you able to live your life in the body that you have?” she said.

If you’re seeking better health, prioritize behaviors that are more within your control than your body mass index, Dr. Tomiyama said, like “better sleep, more exercise, getting a handle on stress and eating more fruits and vegetables.”