Home » Fashion » I'm B&M's biggest fan – I drive half an hour to the nearest store EVERY DAY & have spent £2,000 there on Christmas 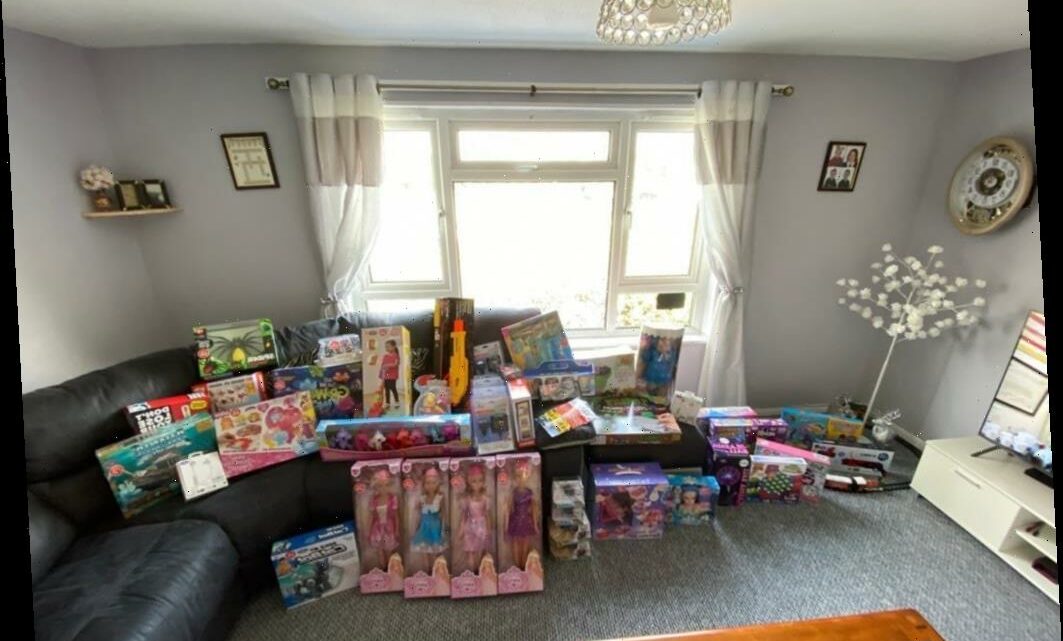 I'm B&M's biggest fan – I drive half an hour to the nearest store EVERY DAY & have spent £2,000 there on Christmas

EVERYONE loves a B&M bargain, but one woman claims she’s the store’s “biggest fan” and can spend £2,000 there for Christmas.

Mum-of-four Kellie Wildridge, 34, from Brecon, Wales, tries to go to the budget chain EVERY day – despite the nearest one being a half an hour drive away. 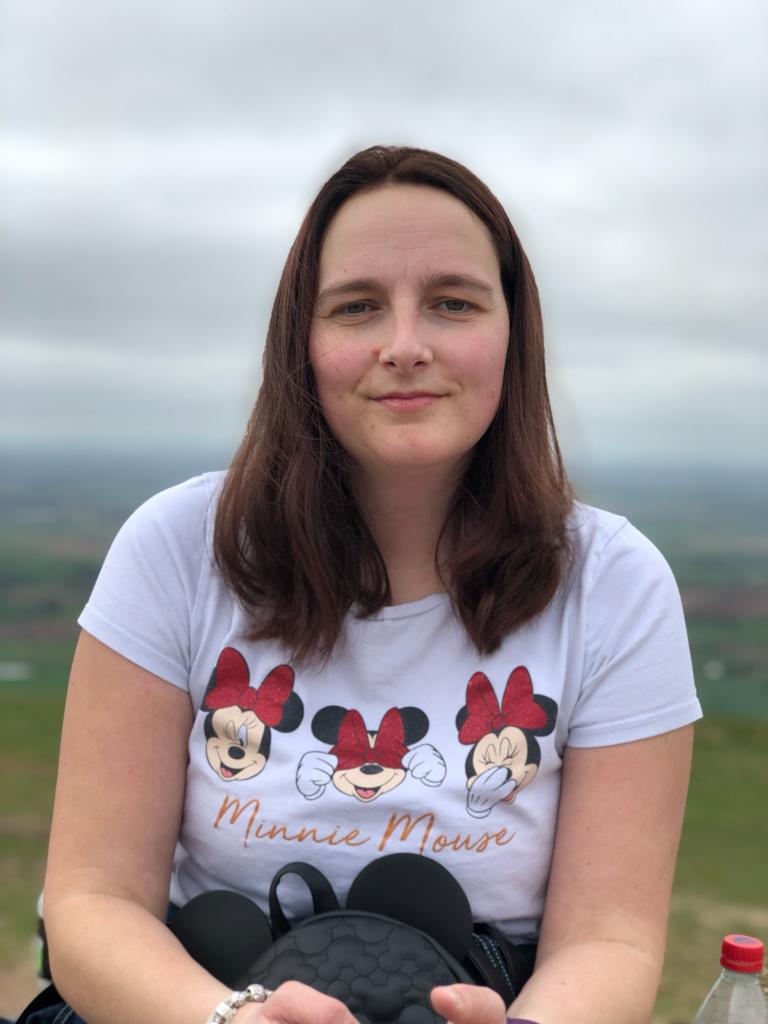 Speaking to Fabulous, Kellie said she spends about £200 to £300 each week at B&M, rising to thousands for Christmas.

The superfan said: “I love B&M as it sells anything and everything. I go in with my phone and scan things using the app to get an even better bargain.

“I am definitely B&M’s biggest fan and get a rush when I find a bargain.” 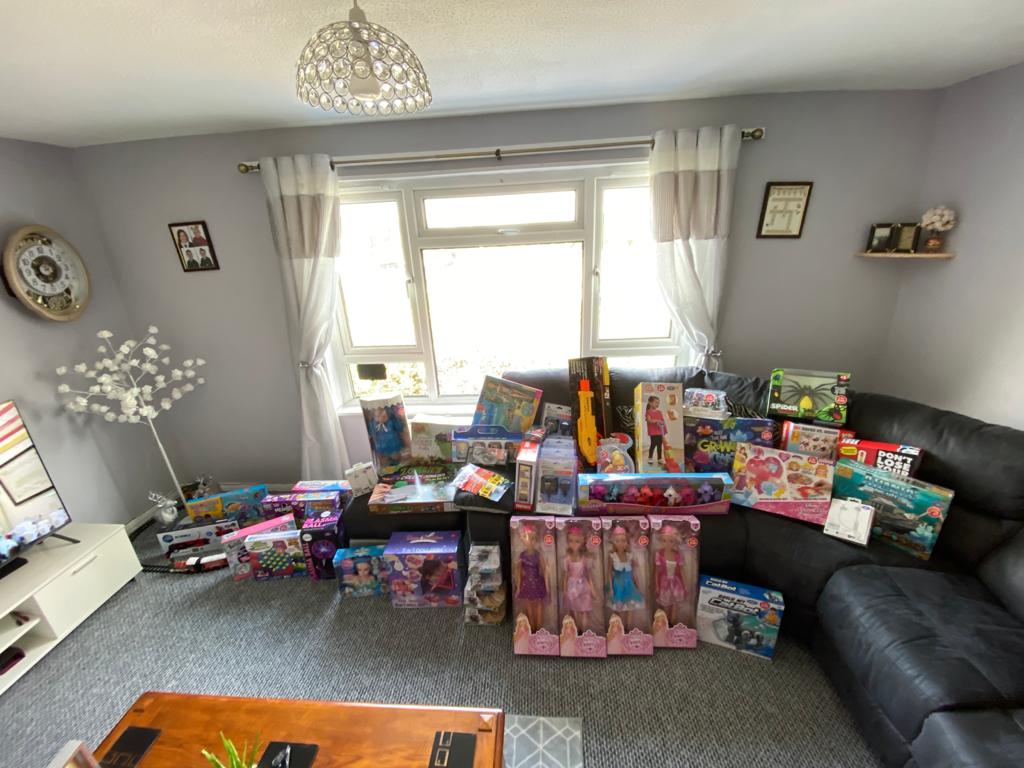 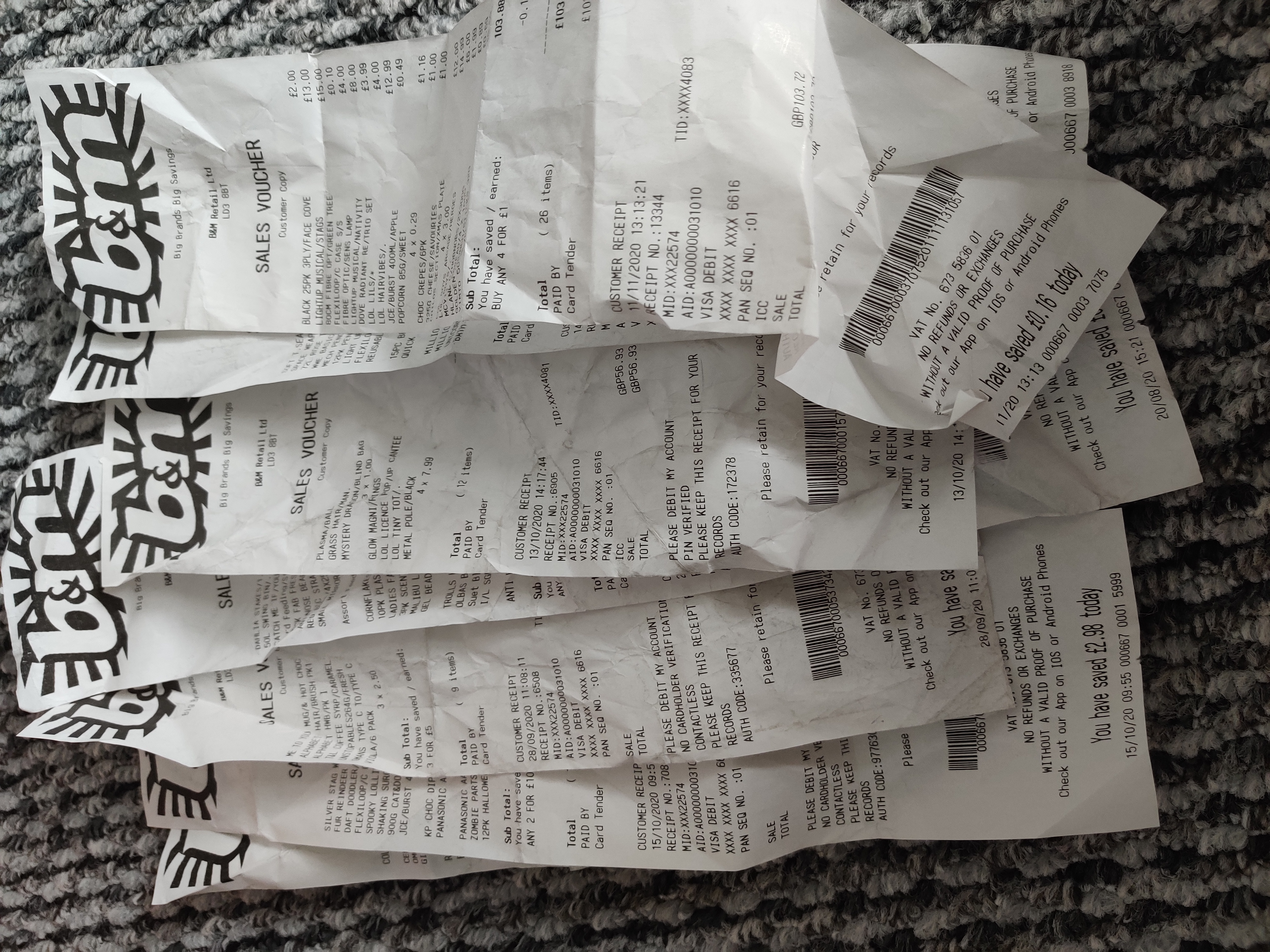 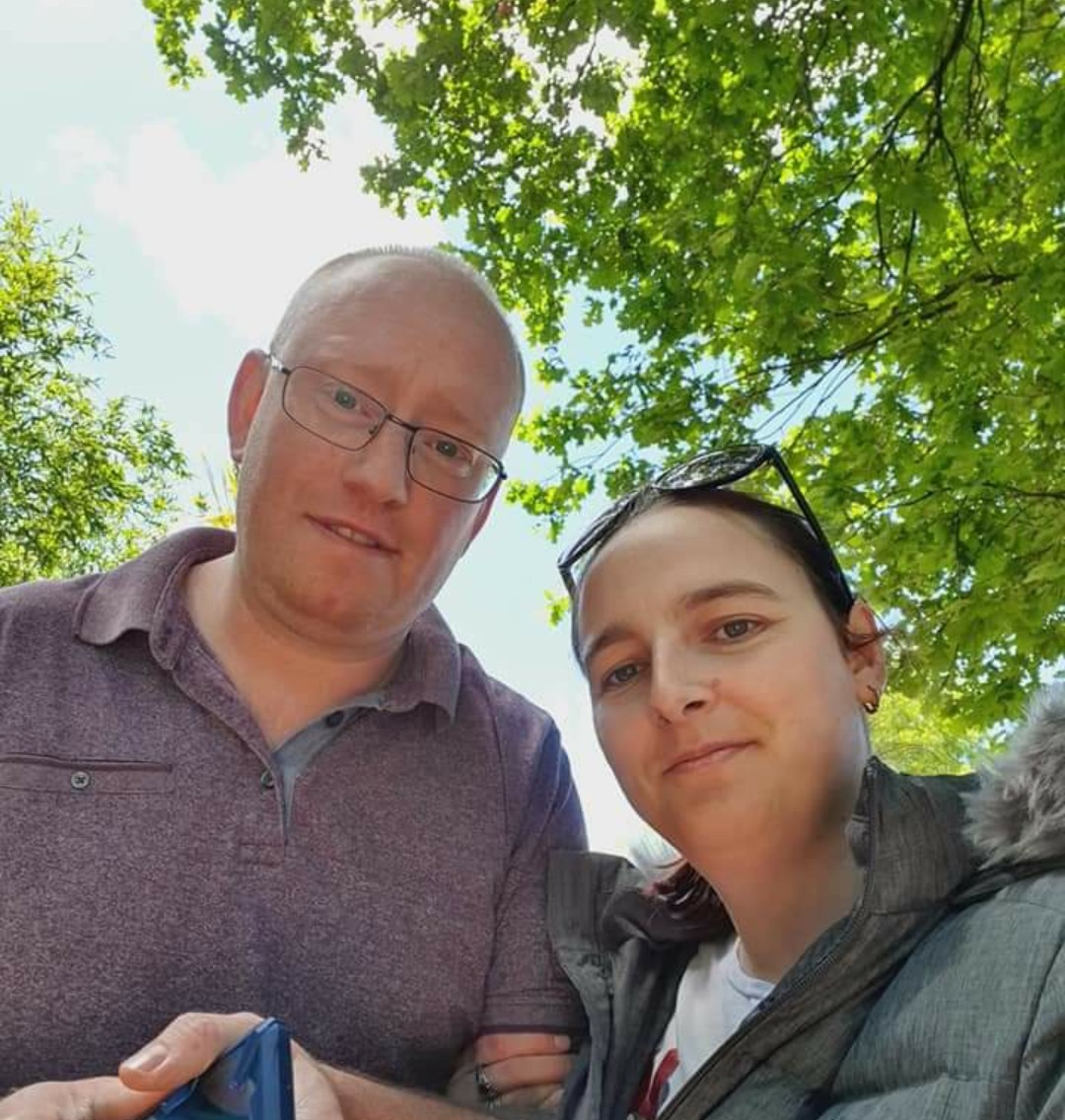 Kellie, who is a stay-at-home mum to Kathleen, 14, Katie-Anne, nine, Ellie, eight, Patrick, five, said she regularly walks away with 10p items, such as USB chargers, and often picks up toys for 50p.

Like many families, Kellie and husband Wayne Wildridge, 37, were keen to redecorate their home during lockdown this year.

But as Wayne sadly lost his job during the pandemic, the family wanted to do it on a budget, and Kellie headed to B&M to see what she could find. 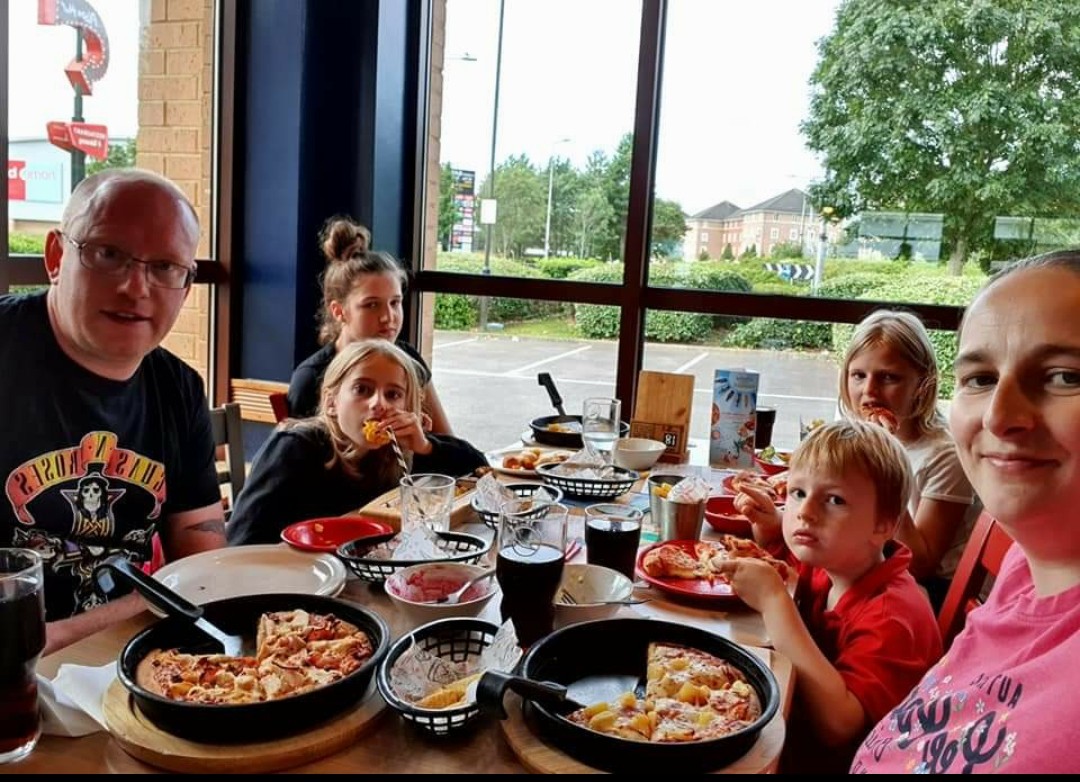 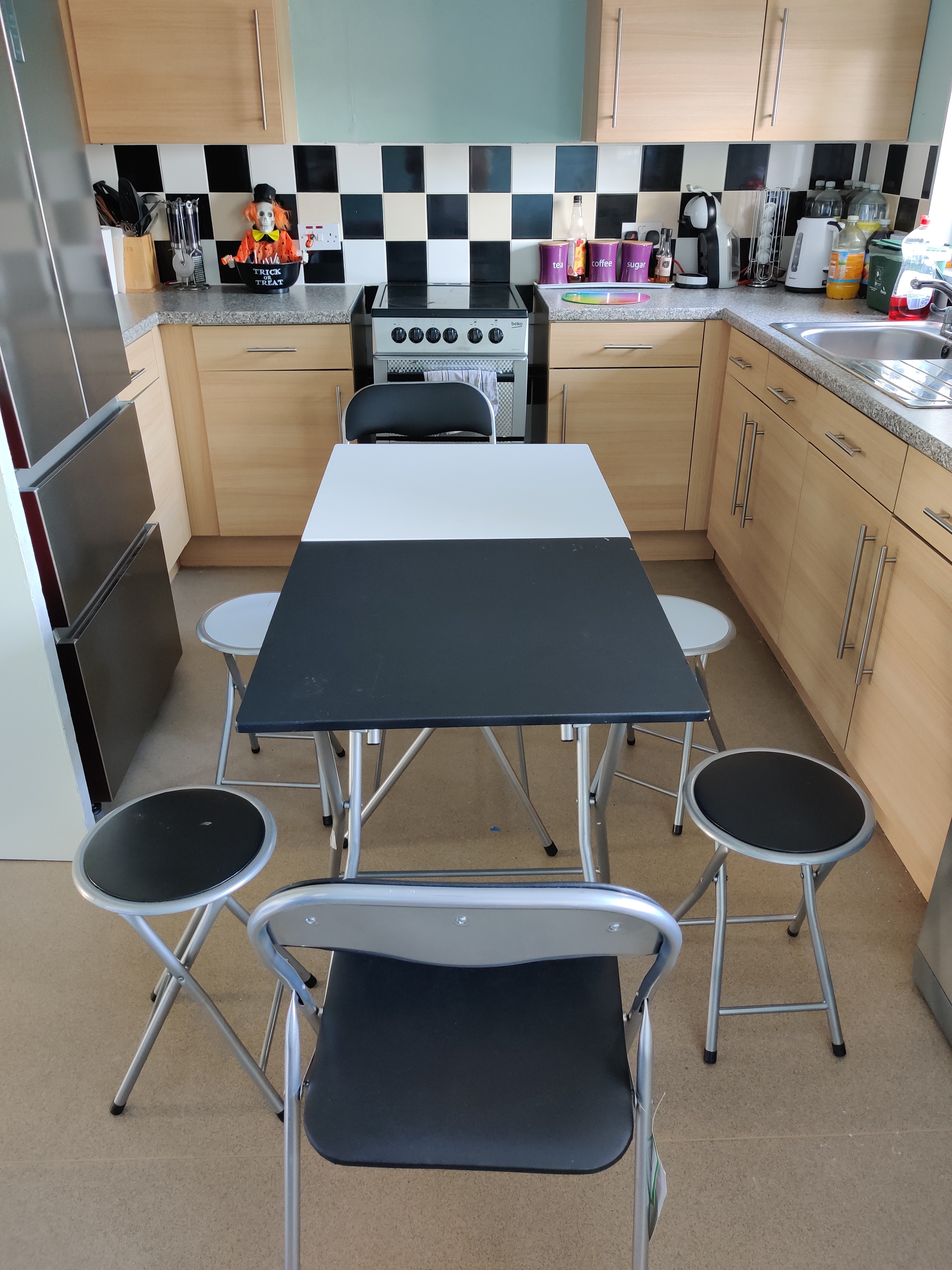 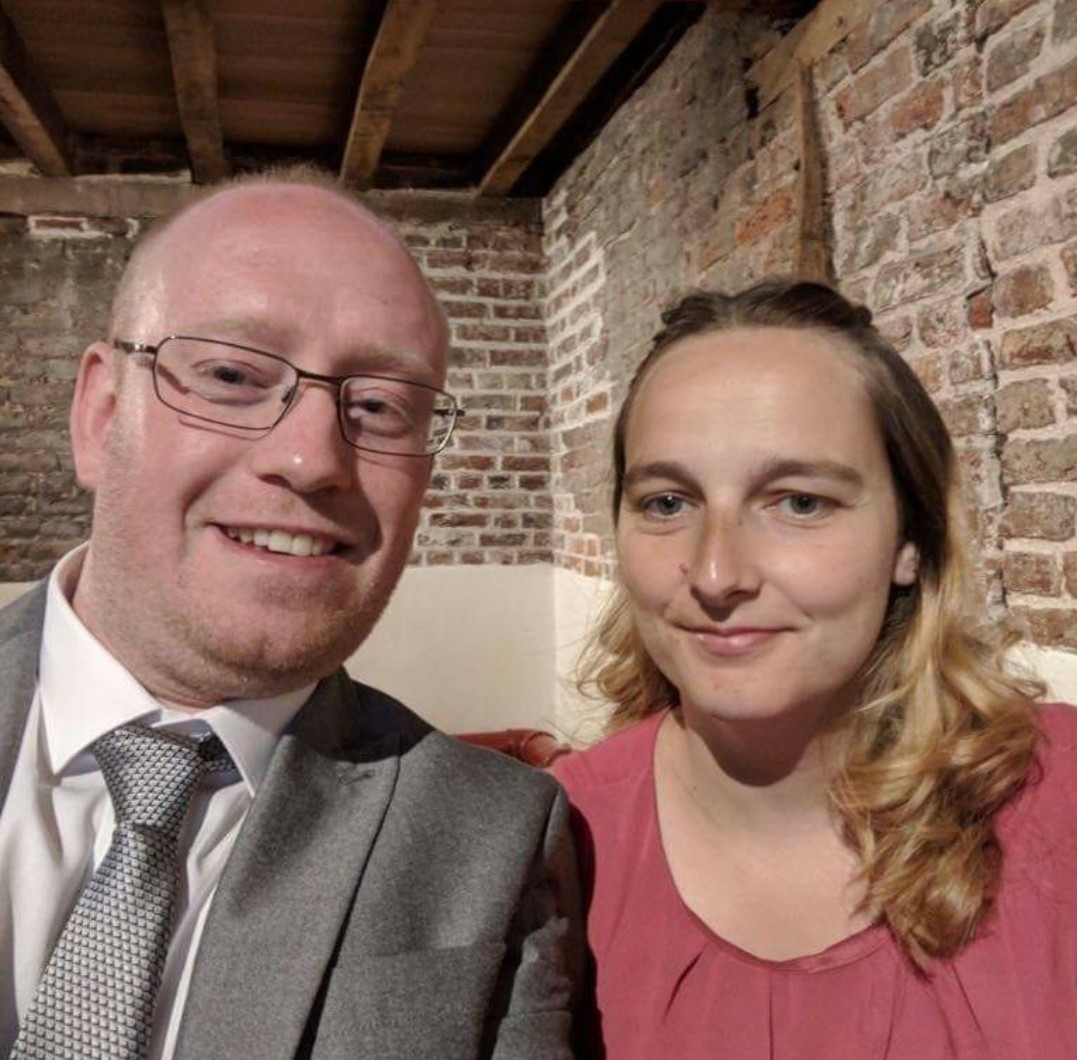 Kellie said: “We did the whole thing up with items from B&M, including the stairs in lino which came seven in a pack for £10.

“We also got B&M curtains and matching lampshades. 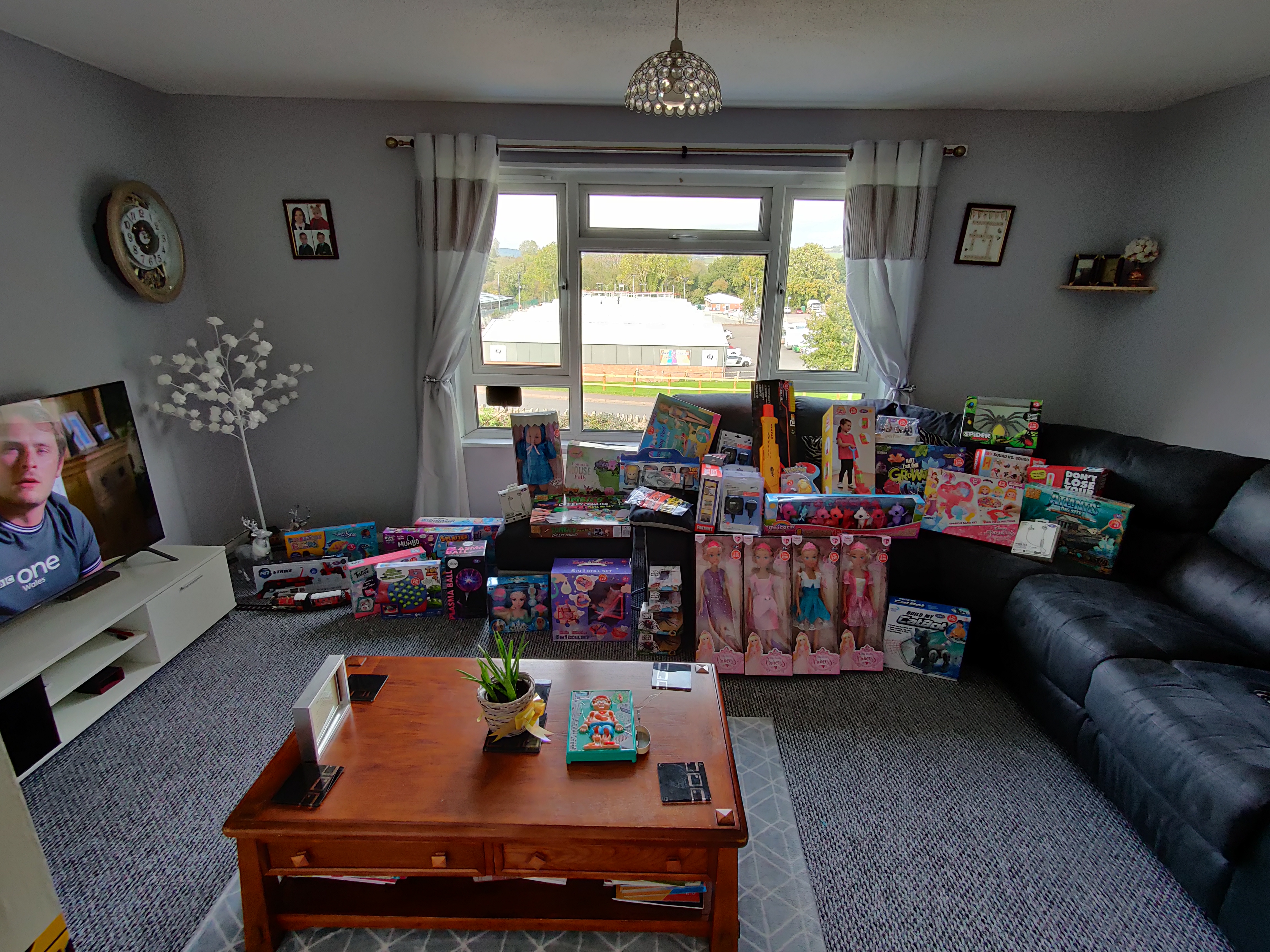 And it seems their purse-friendly renovations have been a hit with friends and family, and those who have seen it have been impressed.

When coronavirus restrictions eased, Kellie showed two family members, and said: “They were like wow!”

Kellie revealed her top tips for getting the best bargains at B&M, and said downloading the app is a must. 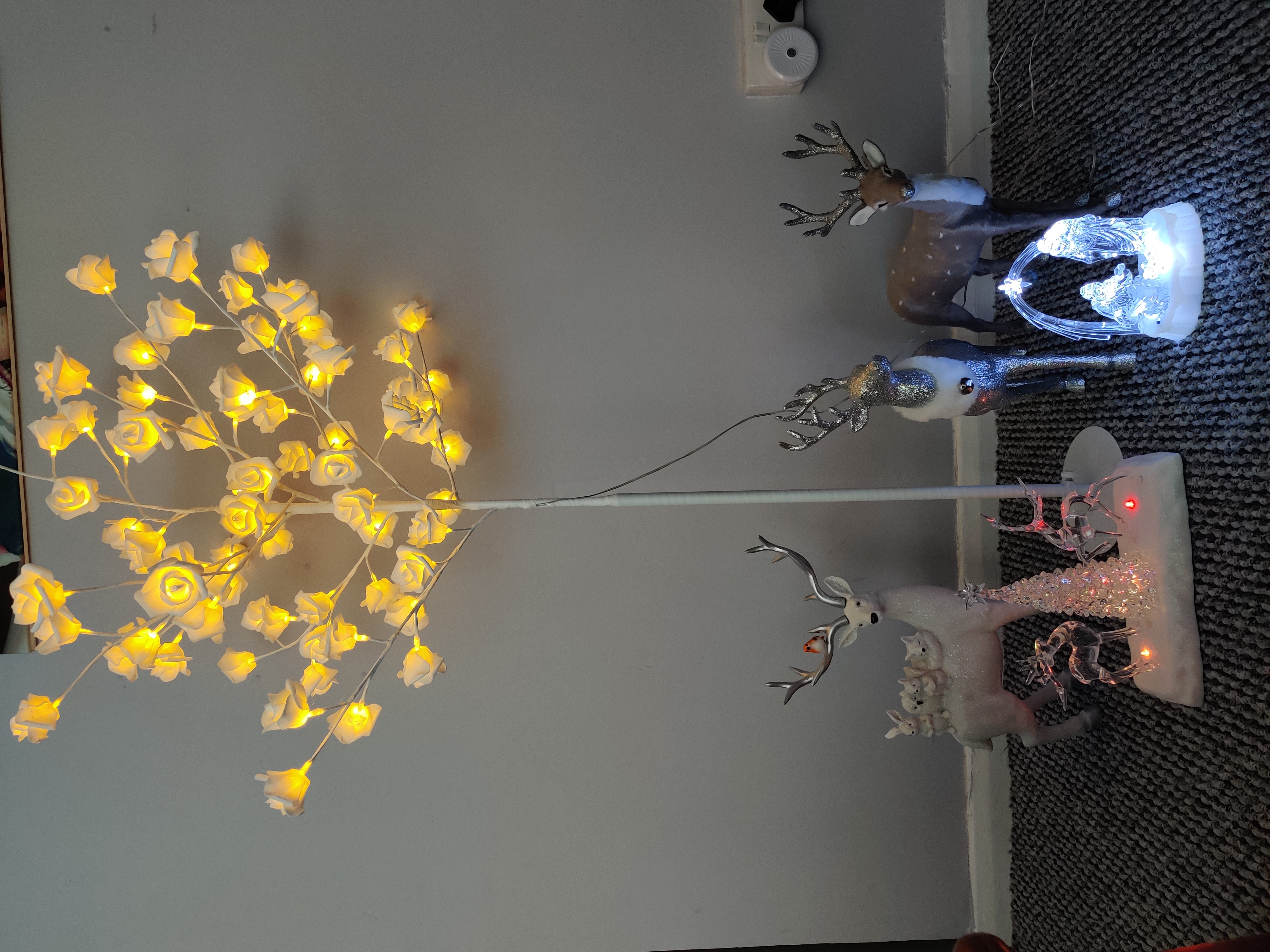 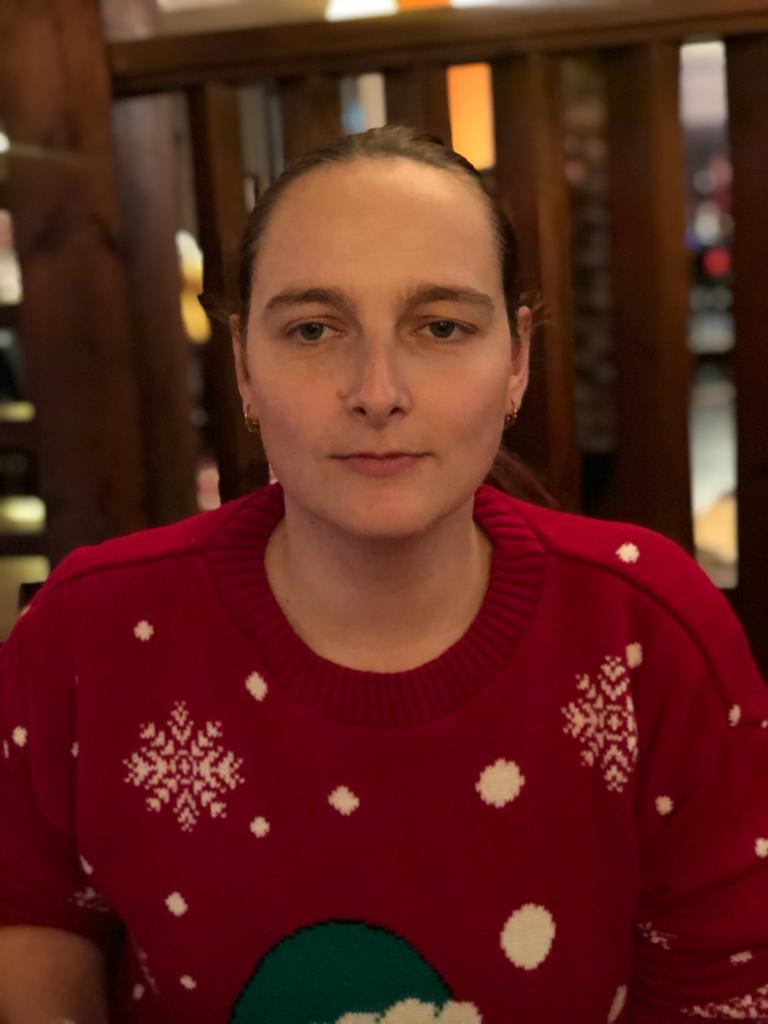 She said: “Use the app on barcodes in store, even if it’s not marked down, just scan it anyway to see discounts.

“I’ve found Wednesdays is the best day for prices going down. That seems to be the day I see things out in the shop being marked down.

“I’m also on the B&M bargains page on Facebook too.”

Kellie said her whole family benefits from her obsession with B&M and even husband Wayne is on board.

She added: “He says we’ve had bargains there so can’t moan. 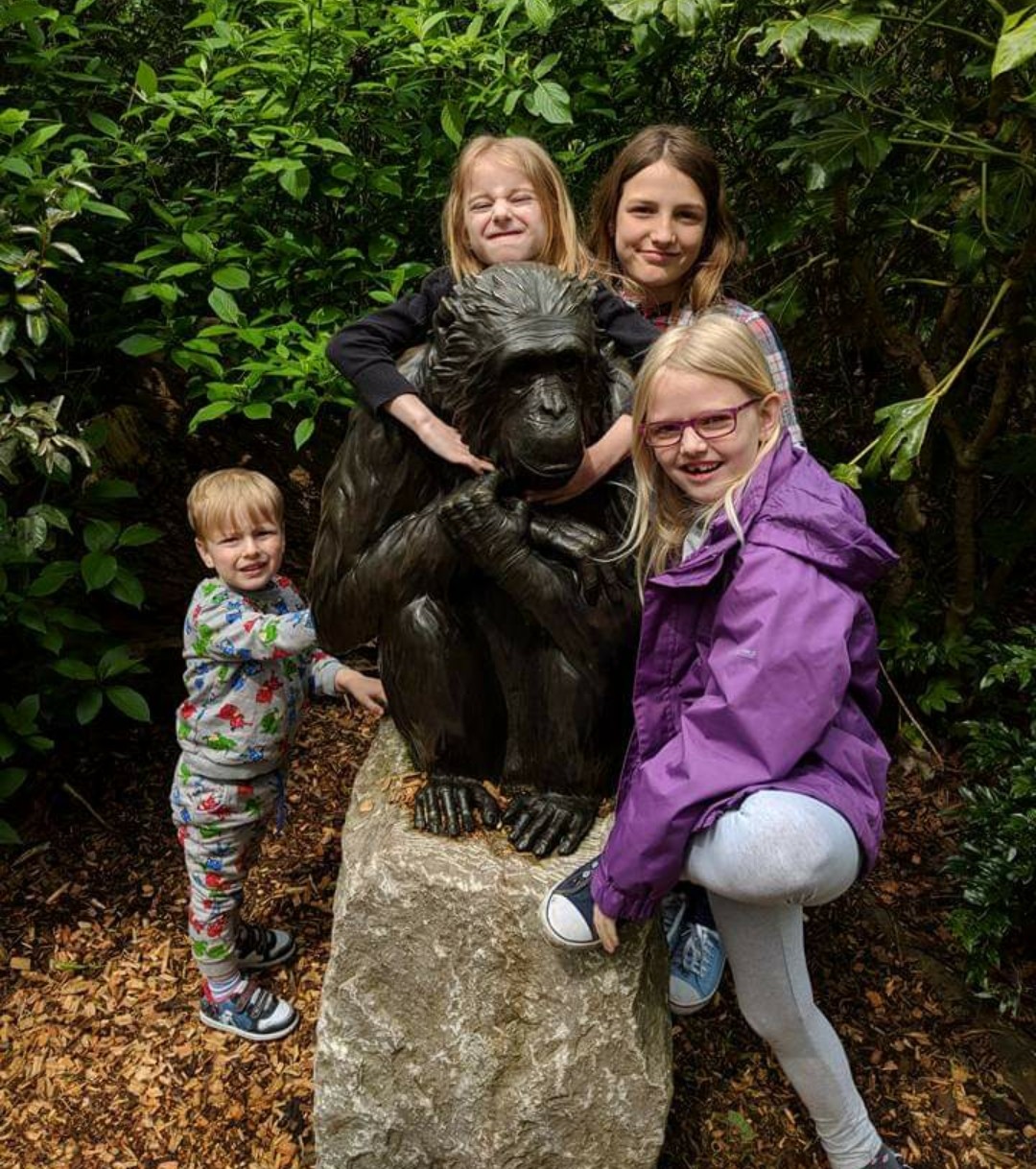 “If the kids got certificates at school, we’ll see what offers there are on the toys.

“Our eldest is 14 so she’s more stationary stuff, arty rather than toys.”

She also has a stack of toys and gifts from B&M in the attic in case one of her kids goes to a birthday party and needs to take a present last minute.

I am definitely B&M’s biggest fan and get a rush when I find a bargain.

Kellie explained: “Throughout the year if we have a birthday party and I can’t be bothered to go to the shops, I’ll send my husband up to the attic to grab something."

And of course events like Christmas and Hallowen are big times in the family’s household, and B&M certainly delivers the goods for Kellie.

She said: “We’ve probably spent about £70 on Halloween this year, and for Christmas, with presents, about £2,000.

“I start stocking up for Christmas as soon as the toys get reduced to £4, which happens immediately after December 25 in the time before New Year.

“I’ve got four kids, I have to be organised. I’ve got about ten bags in the loft of presents.”

FOUNDED in 1978 by Malcom Billington as Billington and Mayman, the first store opened in Cleveleys, Lancs.

But struggling alongside 20 bargain shops in the Blackpool area , it was bought out in December 2004 by brothers Simon and Bobby Arora.

In 2006, they added the GlynWebb chain of DIY stores and a number of former Kwik Save, Woolworths and Au Naturale shops. It now has 670 stores and is listed on the London Stock Exchange

Insiders say that when a new branch opens, it typically gets 12,000 shoppers through the doors in the first week.

The reason for all the fuss? The company lives up to its slogan of “big brands, big savings”. Those household brands include Dove, Colgate, Tefal and Lego.

But instead of selling them at usual high-street rates, it offloads items for as little as possible . . . and puts on further offers to entice shoppers.

We reveal B&M’s best-kept secrets and how to get your hands on top bargains from Mrs Hinch’s fave store.

And B&M shopper explains how she got £860 haul for just £80 after visiting five branches in just one day.