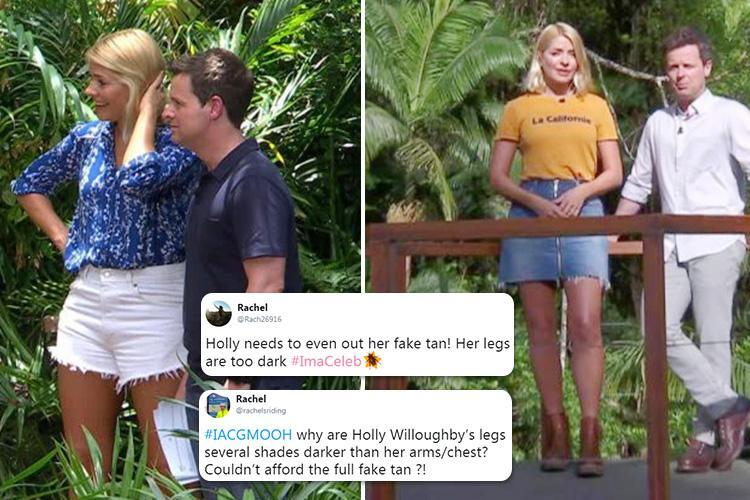 We think the 37-year-old looks fabulous in her jungle-friendly mini skirts and biker boots – but her bronzed legs have been dividing viewers on Twitter. 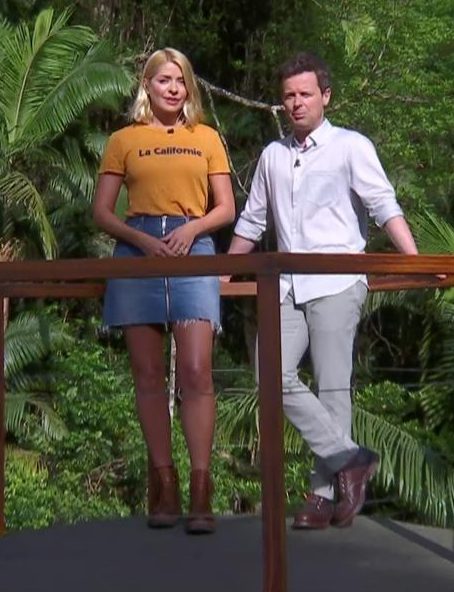 Holly, 37, has been co-presenting the reality show alongside Dec Donnelly for over two weeks now.

And while most viewers think she's doing an incredible job, some have taken to Twitter to make comments about her sun-kissed pins.

One tweeted: "Holly needs to even out her fake tan! Her legs are too dark."

Others wrote: "Spray tan must have run out, Holly's legs," and: "Why are Holly Willoughby's legs several shades darker than her arms/chest? Couldn't afford the full fake tan?!"

If you ask us, Holly's legs look picture-perfect in each of her daily #OOTD snaps on Instagram.

So perhaps she's just fallen foul of the lighting in the shadowy tree-filled camp?

Whatever the case, plenty of other I'm A Celebrity fans have been tweeting about how beautiful she looks. 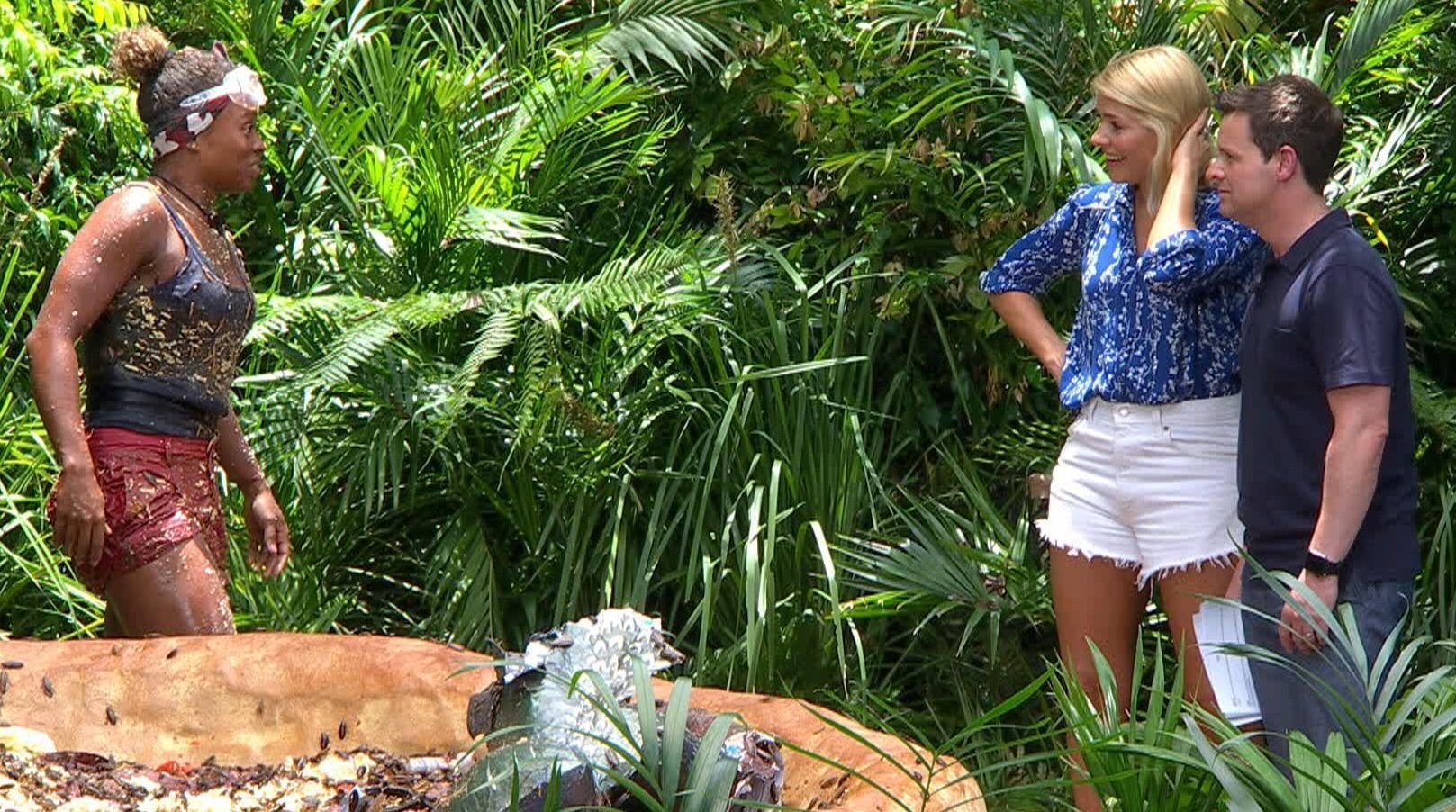 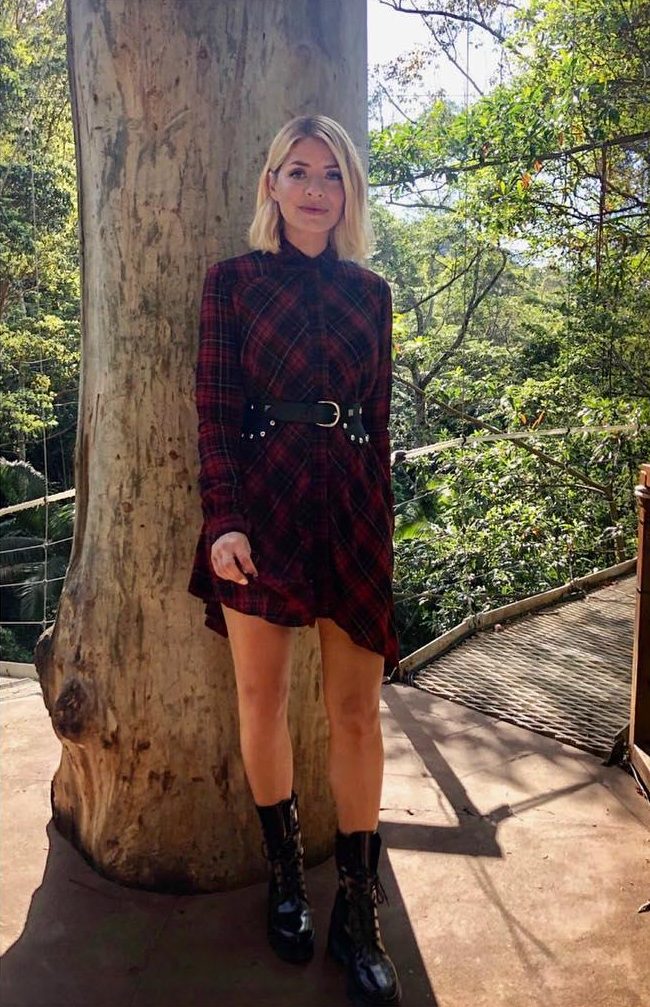 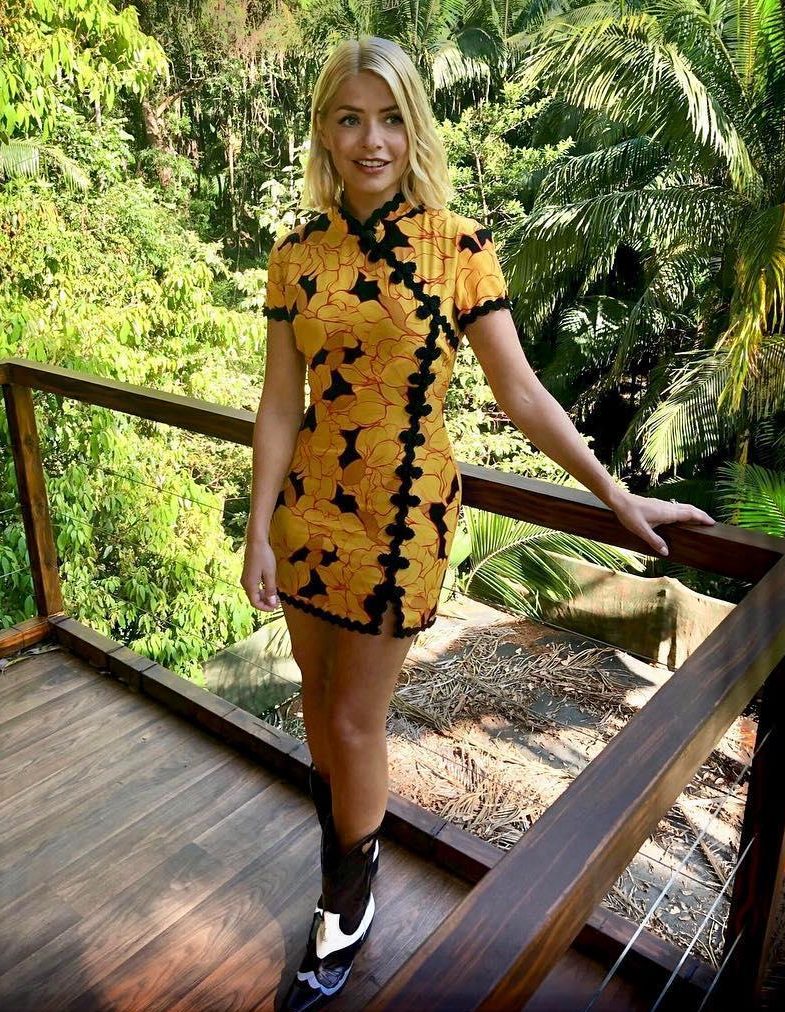 When it comes to her tan, tweets include: "The colour of Holly's tan, she is actually unreal," and: "I'm jealous of Holly's tan already."

There are also a whole host of messages about her toned legs.

One reads: "Holly Willoughby has got some killerrrr legs on her."

Another person said: "Think I'd kill for Holly Willoughby's legs."

We don't know about you, but she's definitely convinced us to invest in a denim skirt and snakeskin boots.

I'm A Celebrity fans were gushing over Holly's yellow slogan top and denim skirt last night – here's how to get the look for less.

Unfortunately, unimpressed viewers compared her 'frumpy' red dress to 'half a shower curtain' earlier in the week.

And Primark is selling a £16 dupe of her £92 snakeskin Topshop boots.