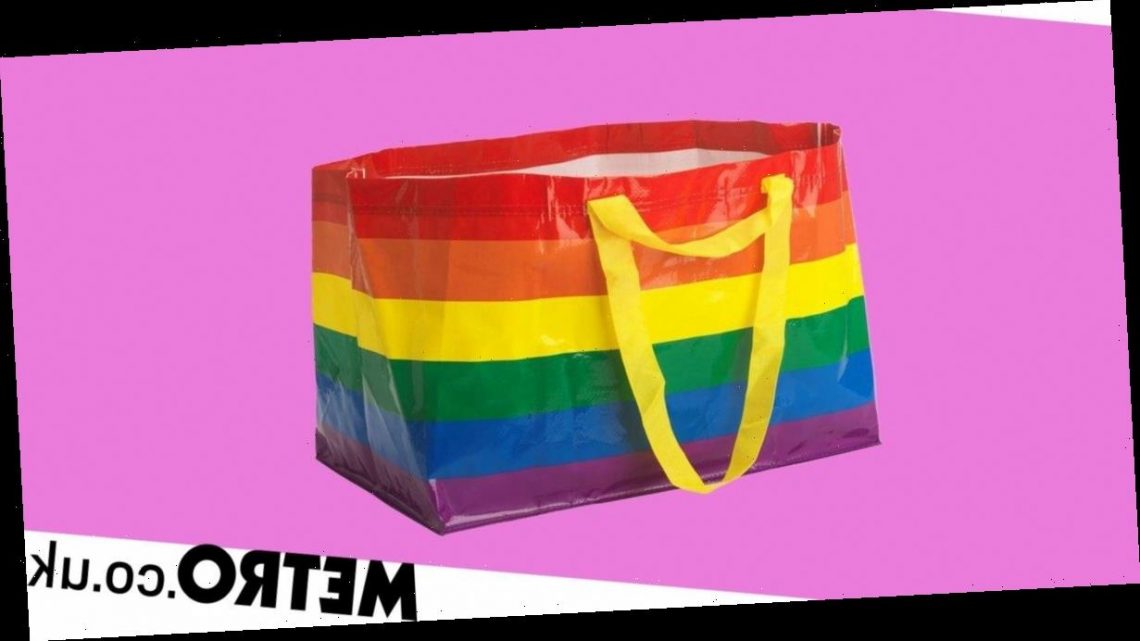 If you happen to be doing an Ikea shop any time soon, you might want to grab another of their famous big bags.

Yes, they’re useful for moving house, hauling clothes from your bedroom to the washing machine, and storing other smaller bags, but more pressingly, Ikea’s released a rainbow flag version of their iconic Frakta bag that you’ll want to add to your collection.

The Frakta – the official name for Ikea’s big blue bag – has been given a rainbow makeover to celebrate Pride month.

It’s just like the usual big bag, except instead of being blue it’s got the LGBTQ+ rainbow flag.

The bag, which will cost £1.50, will be available online from this Friday 15 May, with all profits going to LGBTQ+ initiatives, charities, and causes chosen by stores across the UK and Ireland to ensure funds are directed to those in the community who need them most.

The launch is to mark Pride Month, which is June, and the International Day Against Homophobia and Biphobia (IDAHOBIT, if that’s too much of a mouthful), which takes place this Sunday 17 May.

Ikea hopes the bag will encourage people to stand up against discrimination and promote equal rights every day and ‘be someone’s home’ to help those in need feel safe and supported.

Peter Jelkeby, Country Retail Manager and Chief Sustainability Officer, IKEA UK and Ireland, said: At IKEA, our culture is centred on the value of togetherness. We believe equality is a human right and that everyone deserves a home where they can be themselves.’

FYI, Ikea released rainbow editions of their bags last year, too, and they were quite the hit. So if you’re keen to get your paws on one it’s worth ordering the moment they’re online.

Do you have a story to share? Get in touch by emailing [email protected]