Home » Fashion » I Was Done Dating. Then I Joined a Hookup App. 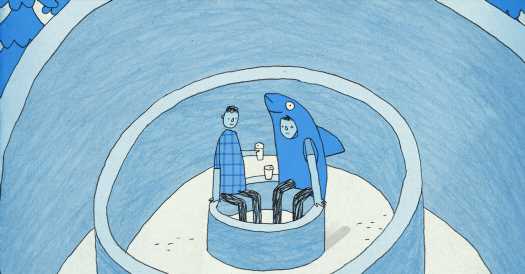 I Was Done Dating. Then I Joined a Hookup App.

Last summer, as I neared 25 years in Vancouver, I concluded that I had exhausted the local dating pool. I had overfished Plenty of Fish and used up all my arrows at OkCupid. A silly hand injury forced me to retire from the gay volleyball league, and I found myself trekking alone whenever I showed up for a gay hiking outing I’d found on Meetup.com.

While I finally felt bold enough to make eye contact with men on the sea wall and in cafes, it was only because they had long stopped looking my way. I could look — or leer, if I wanted to — and no one would notice. I needed to break up with my city.

More than two decades earlier, I had decided to move to Vancouver 20 minutes into a weekend trip from Los Angeles. This time, in deciding to leave, I wouldn’t rely on whims and dreams. My gut had repeatedly proved itself to be an unreliable barometer. I needed to base decisions on logic and planning.

I began by nixing Victoria and Ottawa for being smaller than where I already was, and I eliminated Montreal because my French was too weak. Which left Toronto.

I flew there in early August for three days, walked Queen Street and marveled at the city’s diversity. The shoreline of Lake Ontario didn’t quite match Vancouver’s ocean and mountains but, yes, Toronto would do. I would make it work.

For financial reasons, I set April 1, 2020, as my target moving date, but my plans were grander. Movers would store my belongings for three months and, while I was temporarily free from paying mortgage or rent, I would use the extra cash to flit about Europe. Only there would I let my whims rumble, acting on recommendations mentioned in passing at the foreign cafe du jour.

“Have you been to the Algarve?” “You should go to Bucharest.”

I haven’t and would, finally a free spirit at 55.

As 2020 arrived, I decided my last three months in Vancouver would be freer as well. I suspended my accounts on traditional online dating sites and created a profile on a hookup app. Coming out in 1989, at the peak of the AIDS crisis, I had never shaken my sexual fears and hangups. This would be a time to work through them, before I set foot in my new city.

But it wasn’t easy being “easy.” While I prepared myself for the possibility that names might never be exchanged, I still wanted some significance of interplay. I blocked the guy who kept sending me lewd messages about spit and ignored the guys who didn’t use complete sentences. But maintaining standards meant staying home.

[Sign up for Love Letter, our weekly email about Modern Love, weddings and relationships.]

And so finally, on the first day of February, I caved. A guy my age with a single, respectable head shot messaged “Good morning” — no verb, no punctuation, but hey, it was saliva-free.

By noon, we had agreed to meet at a coffee spot that was roughly a midway point between our neighborhoods. Meeting in public felt safe. We each had an out.

I was thrown when David — was it even his real name? — suggested we sit and have our coffee. If this was only about hooking up, wouldn’t we just grab cups to go and head back to his place? Maybe he wanted a moment to talk about preferences and confirm the absence of sexually transmitted diseases. Very responsible.

But, no. We talked about our days, segued into conversation about travel, and I batted away a dismissive remark I’d made about an ex.

We chatted for a full hour until the cafe closed.

We exchanged phones to enter the data. On the sidewalk, there was a cordial goodbye, a forced hug initiated by me. Then he went back to his place and I went back to mine. Somehow, I had mishandled the hookup.

Sporadic texting followed and, a week later, we met again. It would be a hookup do-over. But this time he made reservations at a trendy Thai restaurant. From what I understood, fancy dinners weren’t part of hooking up.

As I drove there, I reviewed the game plan. Not a date. Not dating. We would have a bite and have sex, that’s all. We hadn’t even gotten through the green papaya salad when I blurted that I was leaving in less than two months. Still, we ate.

The whole meal had been ordered. Despite my intention to keep things light, we drifted from commenting on the spices in the pad thai to talking about past relationships, about what made him passionate about his work and, ever tentatively, about my aspirations on my new path as a writer. Foreplay fodder never entered the mix.

Two days later, my condo sold with the possession date slated for the beginning of April, just as I had planned. David was the first person I texted. I didn’t mean it as a blunt reminder that I was leaving; I simply wanted to share my good news. That same night, I went online and booked a one-way ticket for Stockholm.

And yet our text exchanges escalated, and we continued the weekly get-togethers. A summer fling, I told myself, on the tail end of a Vancouver winter. I had been open. We would both get something out of this. I’d leave Vancouver, shedding some of my bitterness and he’d hopefully have found a glimmer of hope, stepping back into the dating world after a 25-year relationship. We could both enjoy the moment.

On Feb. 14, he texted an image of a heart superimposed over a rainbow background with the message “Happy Valentine’s Day.”

In the second week of March, we discovered compatibility on the tennis courts, and I began to share my stress about how the world was getting increasingly edgy about the coronavirus. What if I couldn’t fly to Stockholm? Would it be foolish to move to Toronto and risk falling through a gap in provincial health care coverage?

“You can always stay in my second bedroom,” David said.

The offer felt at once too much and too little. Being roommates wasn’t how I saw a relationship evolving, but what was I doing even thinking about such a thing? I had my plan. I was traveling and then moving. They would have to shut down the borders to stop me. And so they did.

Still, I bargained. This was a radical, two-week measure. They would get control of the virus. And, even if that didn’t happen, I would say my goodbyes on schedule and find an Airbnb a thousand miles north in the Yukon.

I continued to engage my planning brain while feeling all the more foolish. My preparations had been laser focused on paring down rather than hoarding. I had spent months whittling supplies down to the final shakes of a cinnamon tin and a last roll of toilet paper. I could still have my three months of travel, gas station Doritos and the remoteness of the tundra filling in for Swedish cardamom buns and the medieval charm of Old Town in Estonia’s capital.

Seven weeks in, David and I took our first selfie, my hair still relatively tame and a full two weeks before he shaved his head. We walked many miles that day, appreciating the sunshine, the beaches and each other. The time outdoors felt like a special privilege. Would the country soon go into full lockdown, like France and Italy?

With changes in his work schedule, including a big savings without a commute, we began seeing each other daily, taking to walking along the most scenic parts of the city, offering each other an ear and a distraction as David tracked the daily coronavirus numbers in British Columbia and I fretted over packing and where I would wind up in a week after getting booted from my home.

The pressures for staying in Vancouver increased as nether regions shunned potentially contaminated outsiders and the relentless social distancing messages reduced my personal network to David. In a hasty 24-hour period, I signed a six-month lease for a condo in Vancouver’s notoriously tight rental market and reduced my move from more than two thousand miles to less than two.

While the coronavirus mucked up eight months of planning for a major life change, it left something decidedly unplanned in its wake. David and I went on, our fling flung. Through our daily coffees and strolls in favorite parts of the city, we walked a little closer, united in our efforts to keep the rest of the world six feet at bay.

Gregory Walters is a writer living in Vancouver, British Columbia.

Want more from Modern Love? Watch the TV series; sign up for the newsletter; or listen to the podcast on iTunes, Spotify or Google Play. We also have swag at the NYT Store and two books, “Modern Love: True Stories of Love, Loss, and Redemption” and “Tiny Love Stories: True Tales of Love in 100 Words or Less” (available for preorder).