Home » Fashion » I tattooed £2.5k worth of make-up on for Christmas – and now I look great every morning 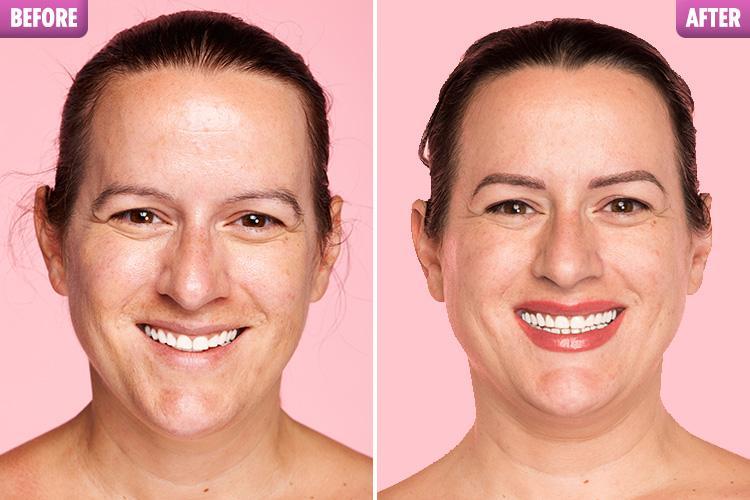 I tattooed £2.5k worth of make-up on for Christmas – and now I look great every morning

This is now the reality for mum-of-three Jo Jeffries, 39, from Cheshire, who spent six hours in the therapist's chair getting £2,500 worth of makeup tattooed onto her face for the Christmas party season. 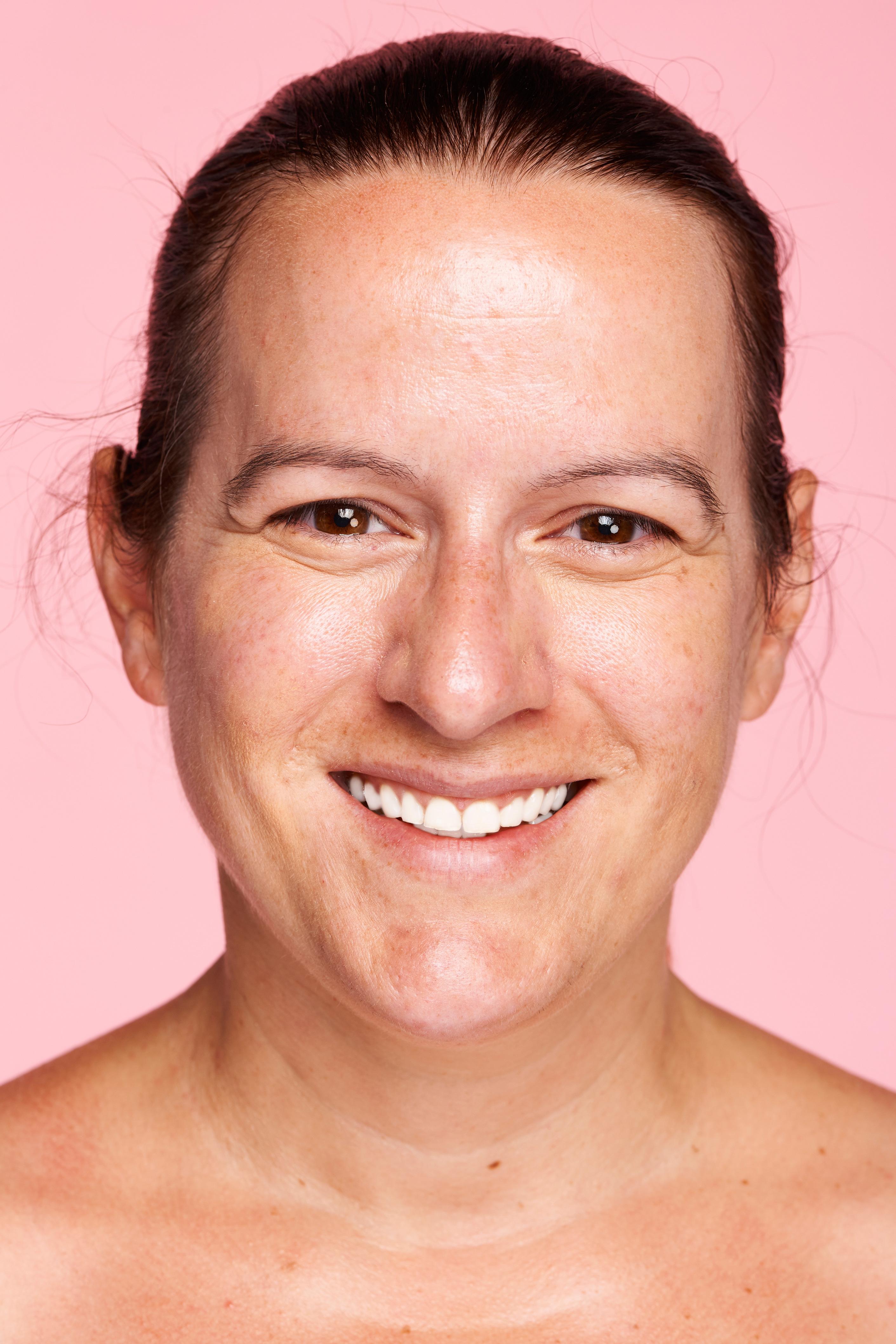 The popularity of permanent make-up – which can last up to two years – has soared in the past few years with stars from Michelle Keegan and Lydia Bright to Helen Mirren and Coleen Rooney opting to have their brows done.

And it makes sense as according to a study done by Vaseline, women spend approximately two years of their life applying makeup.

She said: “If I was heading out on a big night or for a Christmas party I’d spend at least two hours getting ready. It’s rare that I’d leave the house completely bare-faced.

“Living in Cheshire, everyone looks very polished and glam, even on the school run. It’ll be 8am in the morning and the mums at the school bus stop are there with a full face of make-up, perfectly blow-dried hair and immaculate nails.

“I try to get make-up on too, to fit in, of course, but some days it’s just not possible. Especially with three kids to get out of the door!" 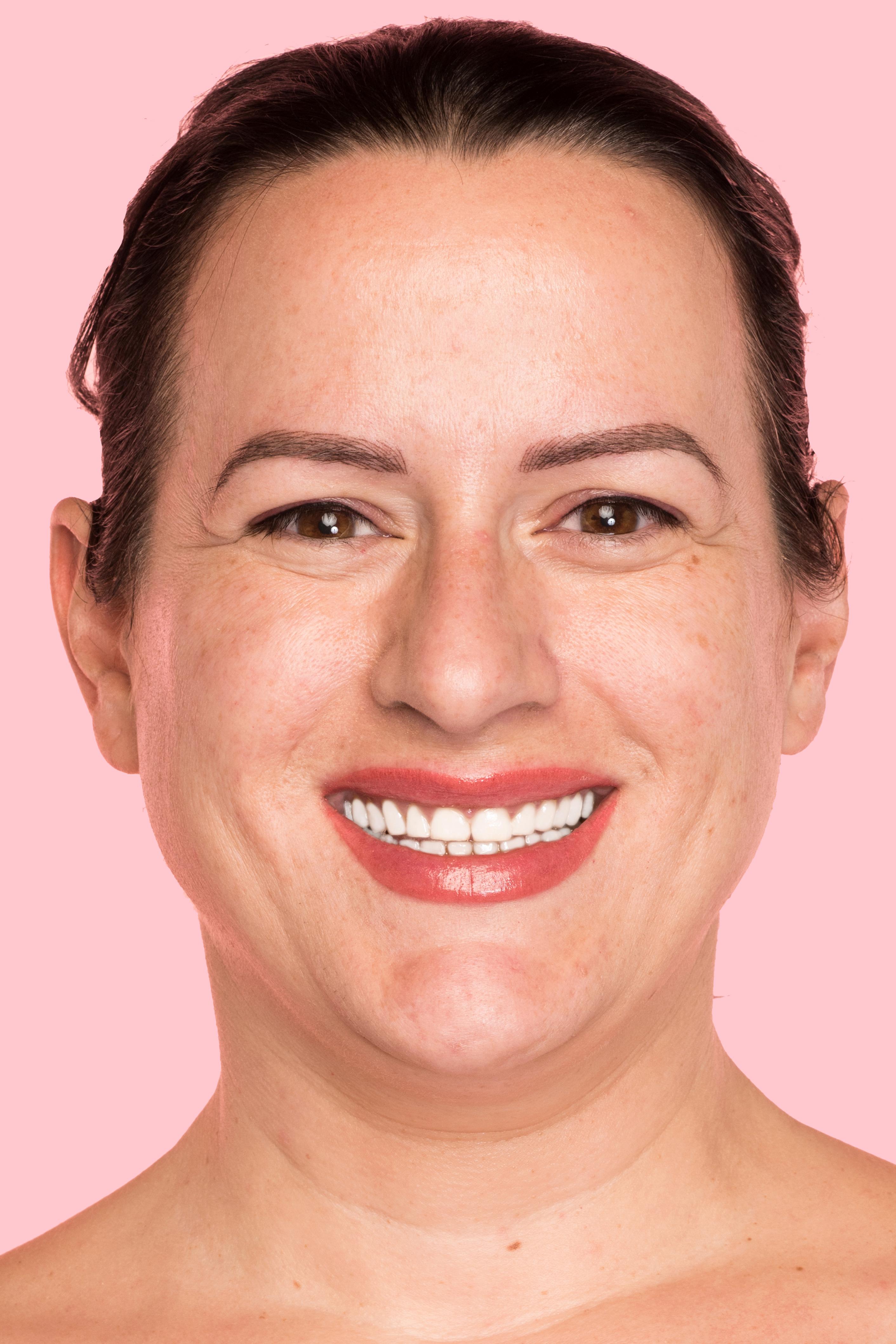 Jo says once, while going makeup-free, one mum once asked if she was ill. “I laughed it off but it really hit my confidence which is why I decided to try out permanent makeup."

Jo, a copywriter who is married to business manager Colin, 38, added: "I’m fast-approaching 40 and I can’t help but notice with each year I’m looking older and more tired.

“I’ve thought about trying out permanent make-up before but I’ve never gone through with it until now.

“Even though getting your brows done tend to be the most popular treatment, it was the permanent eyeliner which I was most excited about.

“I have quite hooded eyes and struggle to get liner on quickly but wear it every day because it makes me look more awake. 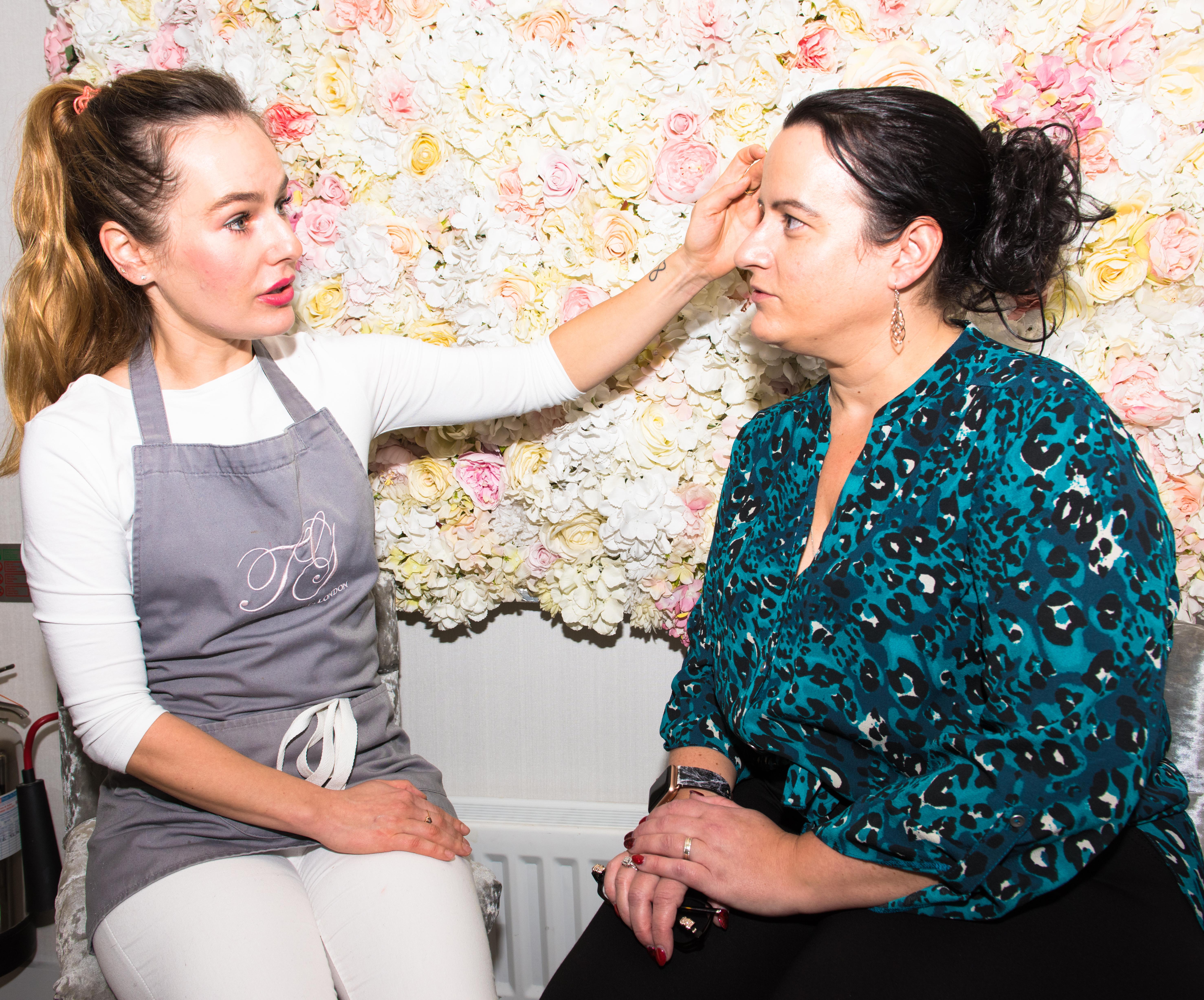 “But it takes me so long to get it right without it looking horrendous or smudging.

"Colin was quite bemused that I got the permanent makeup done. He told me I didn’t need it but he was happy for me to try it out because he knows it will make me feel more confident each day.” 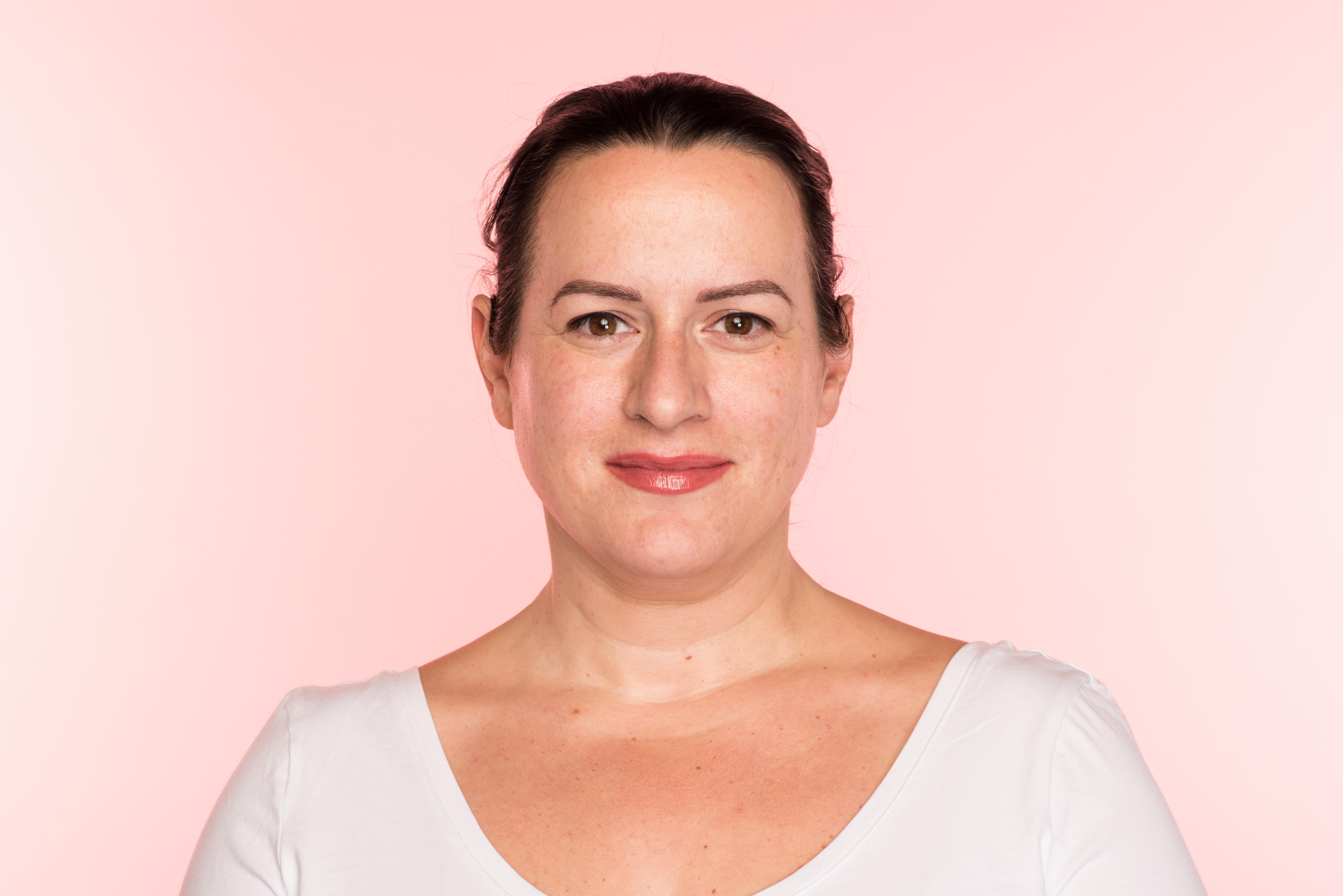 Tracie Giles, a permanent make-up practitioner, said: “Where most eyebrow enhancements add colour only, this treatment draws individual hairs into the skin under ultra-precise magnification, weaving microscopic simulated hair strokes among your natural ones in a bespoke pigment blend to lift and your brows.”

The procedure takes two hours and is very precise. Even before Jo goes under the needle, trainer Marta mapped out the natural shape of her brows with a white liner, using measuring callipers and her expert eye.

After this is done, she colours in the outline of Jo’s brows before Jo gives her okay.

Jo said: “When I was teenager, I over plucked my brows and went for that pencil-brow look and I’m still feeling the effects. I wanted them to look more defined, thicker and hopefully make me look more awake.” 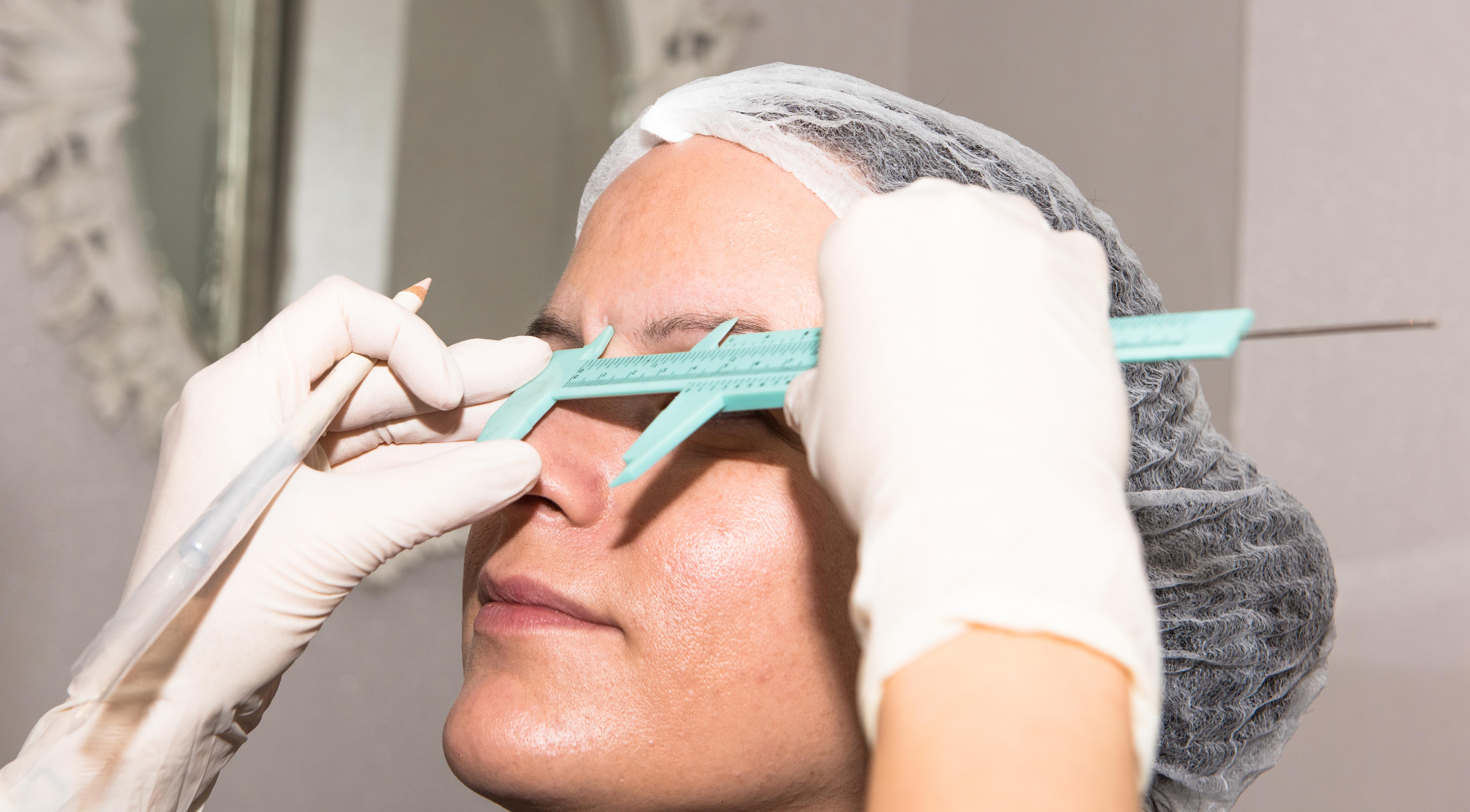 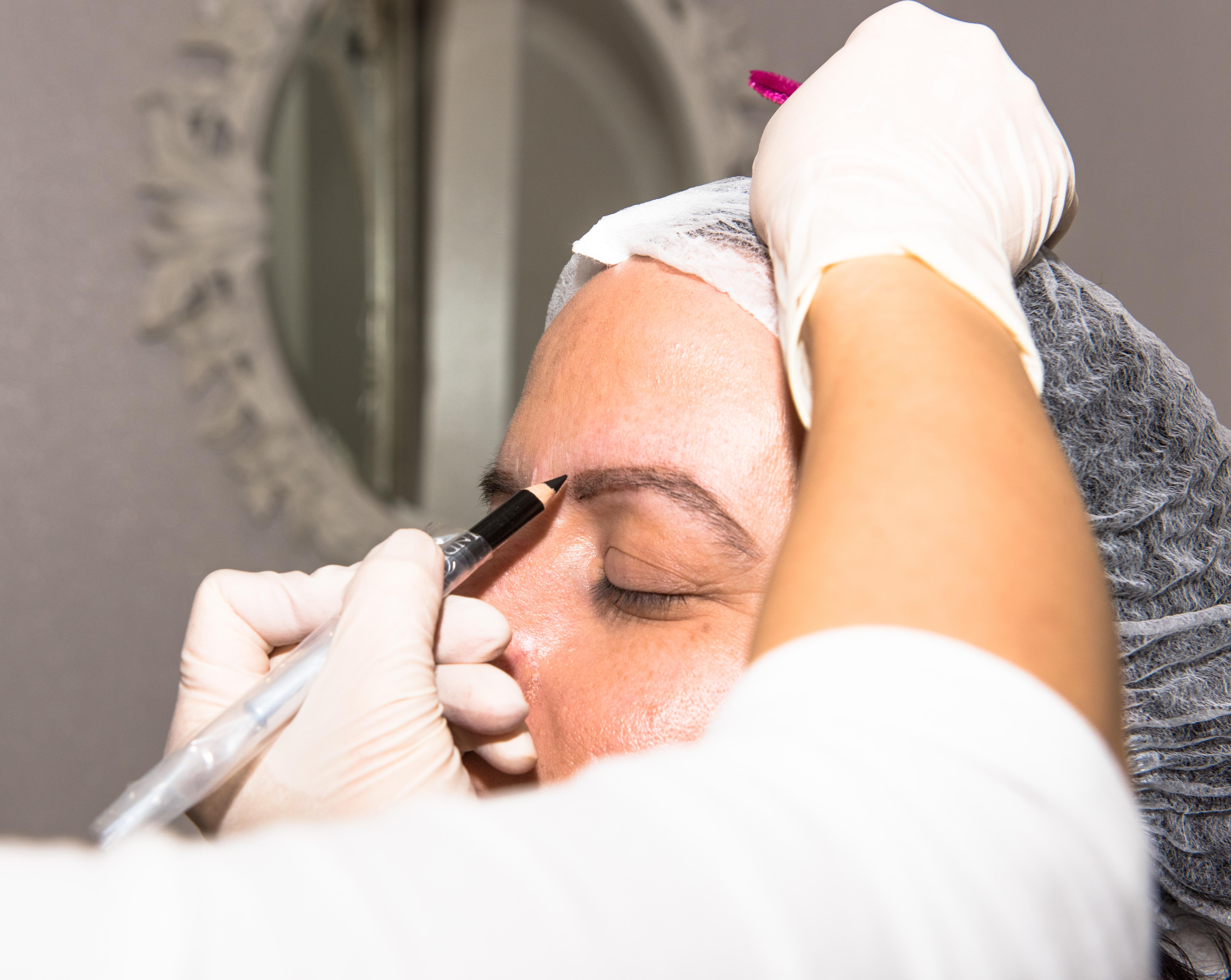 Once the pair are happy Jo lays down on the bed and Marta begins the procedure.

“Jo’s eyebrows were thin at the top and went down on the side, which instantly make her eyes look tired,” Marta explains.

“So, we stuck to the natural shape of the arch but thicken the top to lift the brows. It makes the face look younger instantly and brightens the eyes.

“We begin using a lighter, more natural colour as if you go too dark, too early it won’t look natural.

“We use a small ‘nano’ needle (much smaller than a tattoo needle) in a stroke motion that will just pierce the top of the skin allowing the pigment to go in. Each ‘stroke’ looks like individual hairs of the brows.”

Jo said: “It wasn’t painful. It stung a bit in the middle, on the arch of the brow but nothing too bad."

Jo added: "When I looked in the mirror I was gobsmacked and just kept on saying, ‘Oh my God!’ They have totally changed my expression but it’s so subtle – I love them. I look so much more awake.”

On the lash: Eyeliner and Lash Enhancer, £650

Using the same technique as her brows, the second treatment for eyeliner and lash enhancer is the one Jo admitted she was most excited but nervous about.

She said: “I think I was worried as the needle is so close to your eye."

Just like her brows, Jo’s liner is drawn on with a standard kohl pencil just above the lash line and between the individual lashes until she is happy with its thickness and shape. 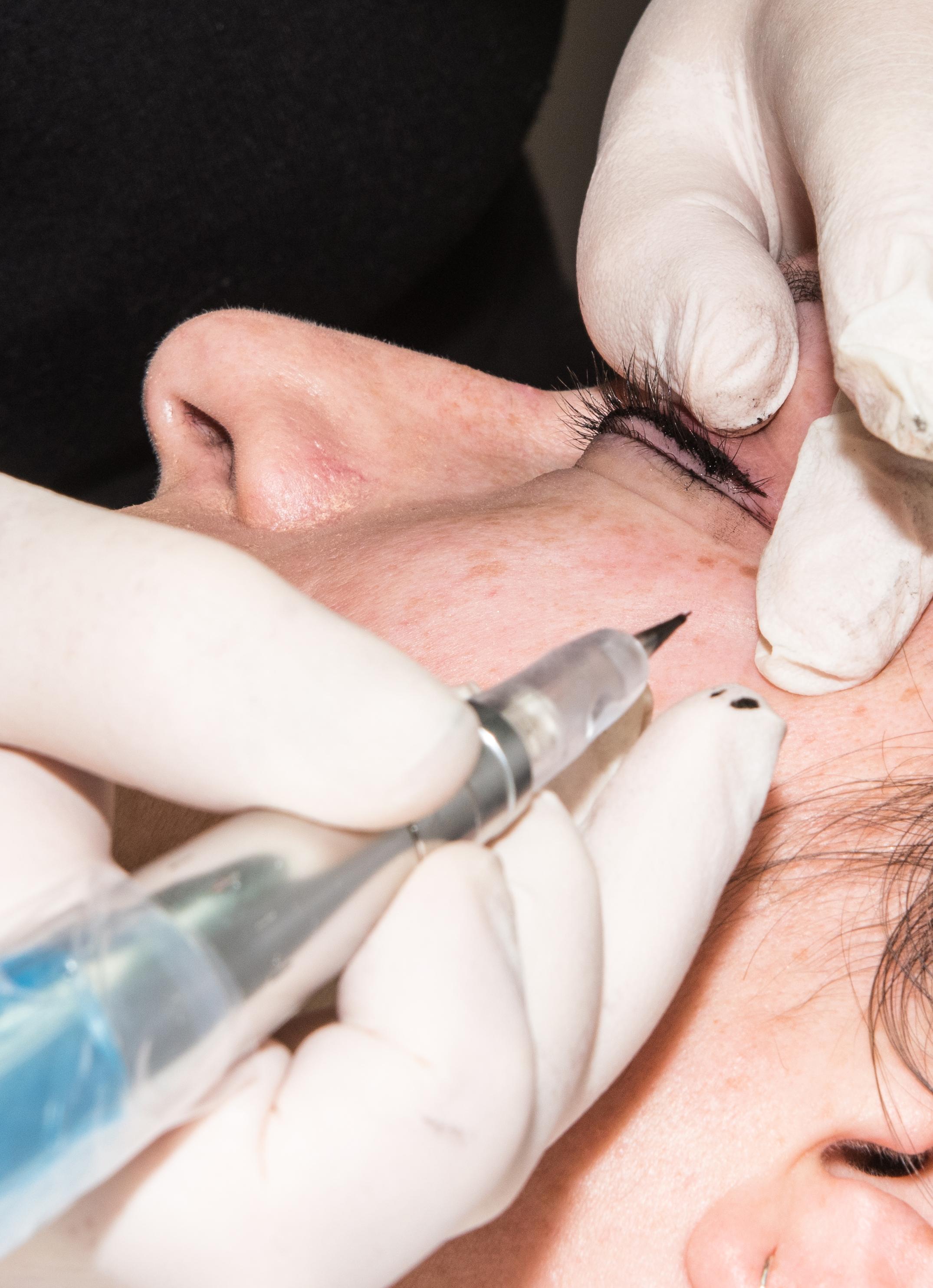 Before the needle is used, an anaesthetic is put on the treatment area to numb the skin. The eyes are also washed before, during and after with saline solution drops.

Tracie explained: "The aim of the treatment is to make the eyes less invisible. As you get older your eyes recede and become less visible because it’s the first place to age as the skin is so thin. You look like a rabbit, and they become more hooded.

“The liner gives them more definition, makes them look more open and gives them more of an almond shape, while the enhancer is especially effective because going in between the hairs makes it look like you have another row of lashes. It’ll instantly make you look more awake.

"I recommend with all these treatments that clients have a top-up session every 12-18 months."

Describing having her liner tattooed on Jo says it was sore in the corners but nothing unbearable. And she was thrilled with the results.

Jo added: "There’s no way I’d ever have be able to do it so perfectly. I love it. It makes me look five years younger and makes me want more. I was quite nervous that it would be too much, too heavy and too dark but it’s amazing.” 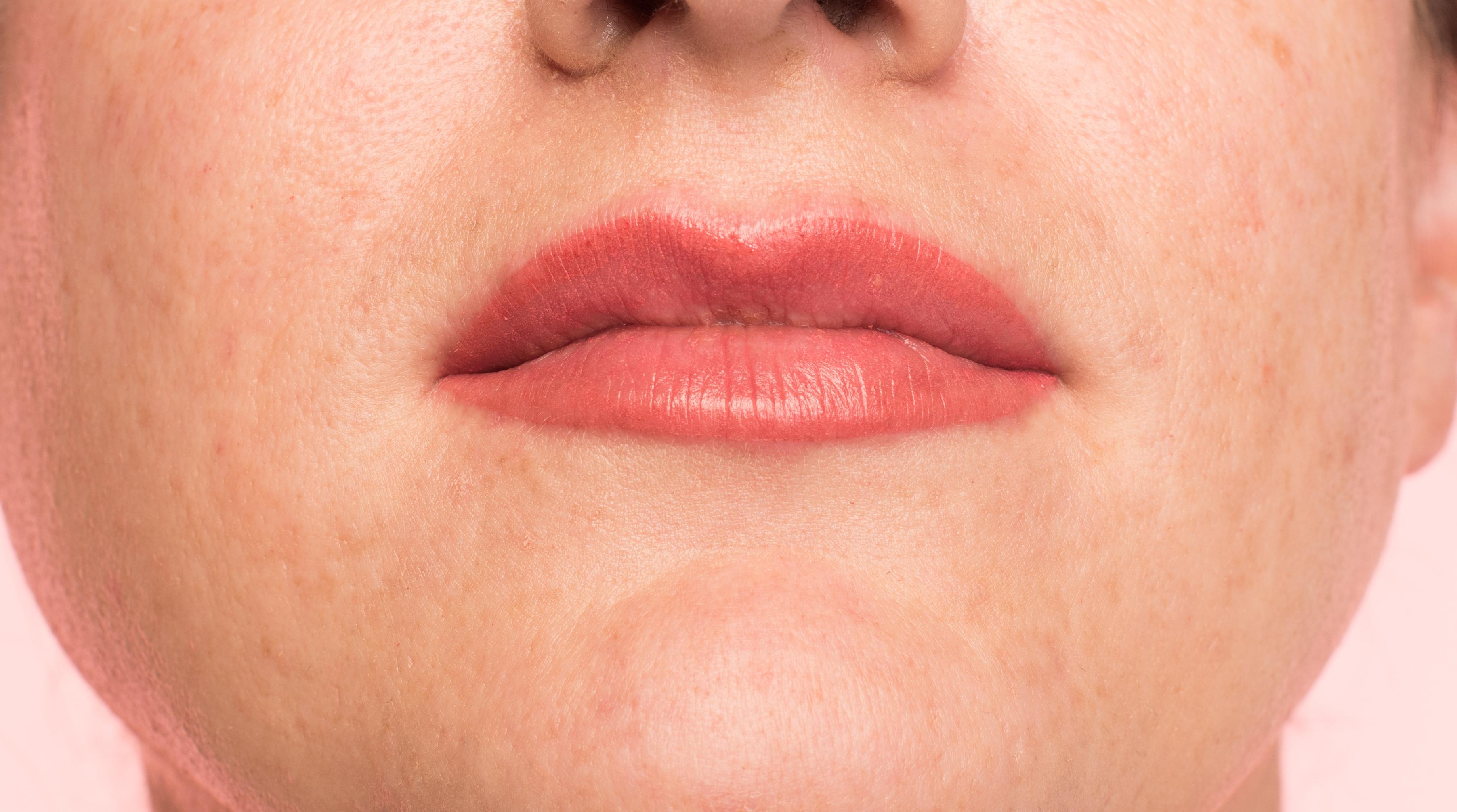 Like thousands of women, the thing that deters Jo from always wearing lipstick is because it often smudges and gets on her teeth.

She said: “I tended not to wear lipstick or liner and wore gloss instead because I’d spend ages struggling to my lips look even.

“I wanted them to look fuller but I’d never have filler, it’s too extreme, so this seemed like a compromise.” 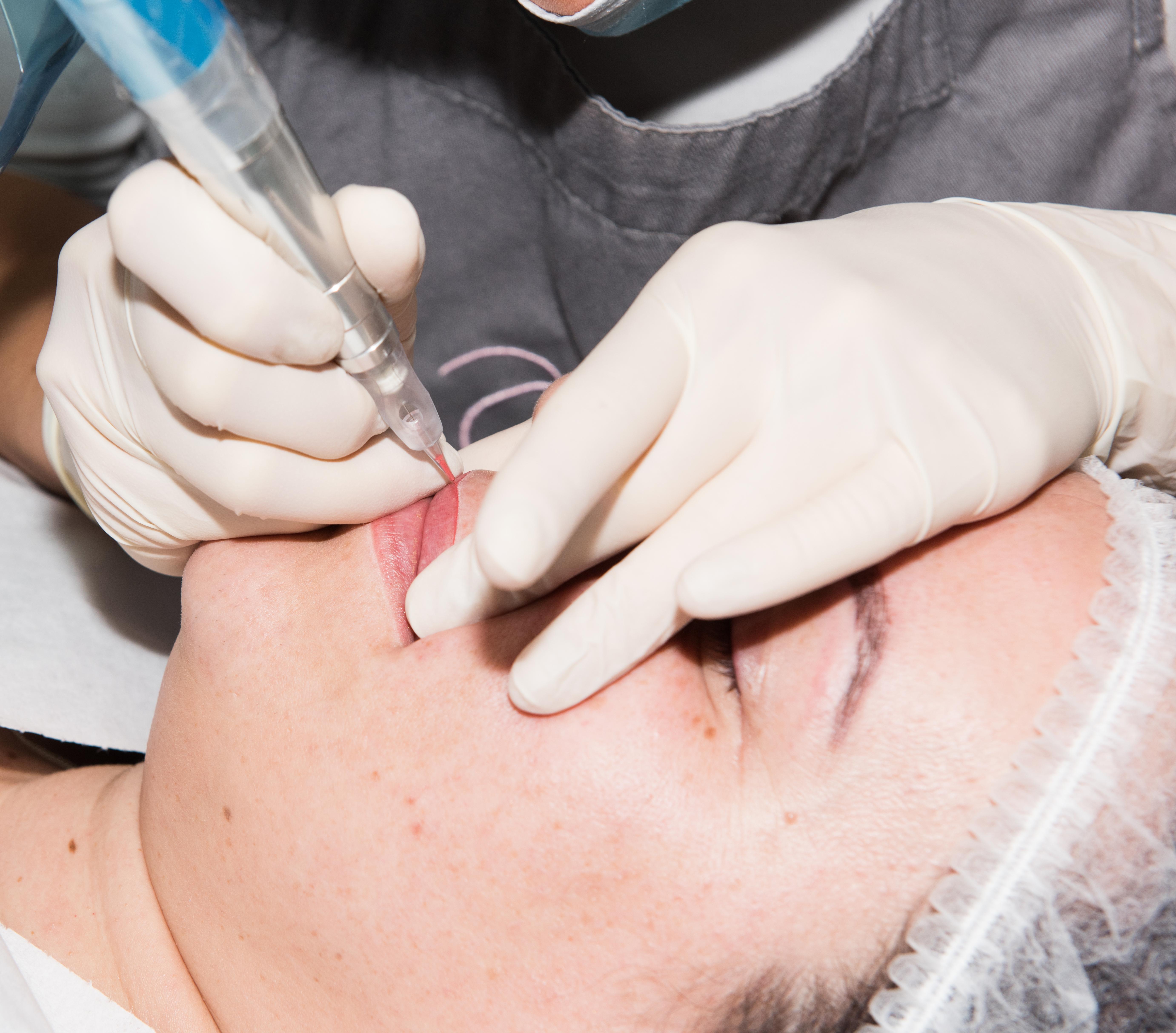 Jo explained that while she didn’t mind the shape before the treatment, she’d noticed her lips got thinner and had lost colour and plumpness as she got older.

“If we colour the natural lip back in they look instantly look fuller,” explains the clinic director, Ramona. “I wanted to get her natural fullness back and add a fresher colour.

"Now Jo can wear a clear gloss and without lipstick but still have that lipstick look.”

Jo added: “It was definitely the most painful out of the three treatments but I was amazed by how it freshened up my complexion." 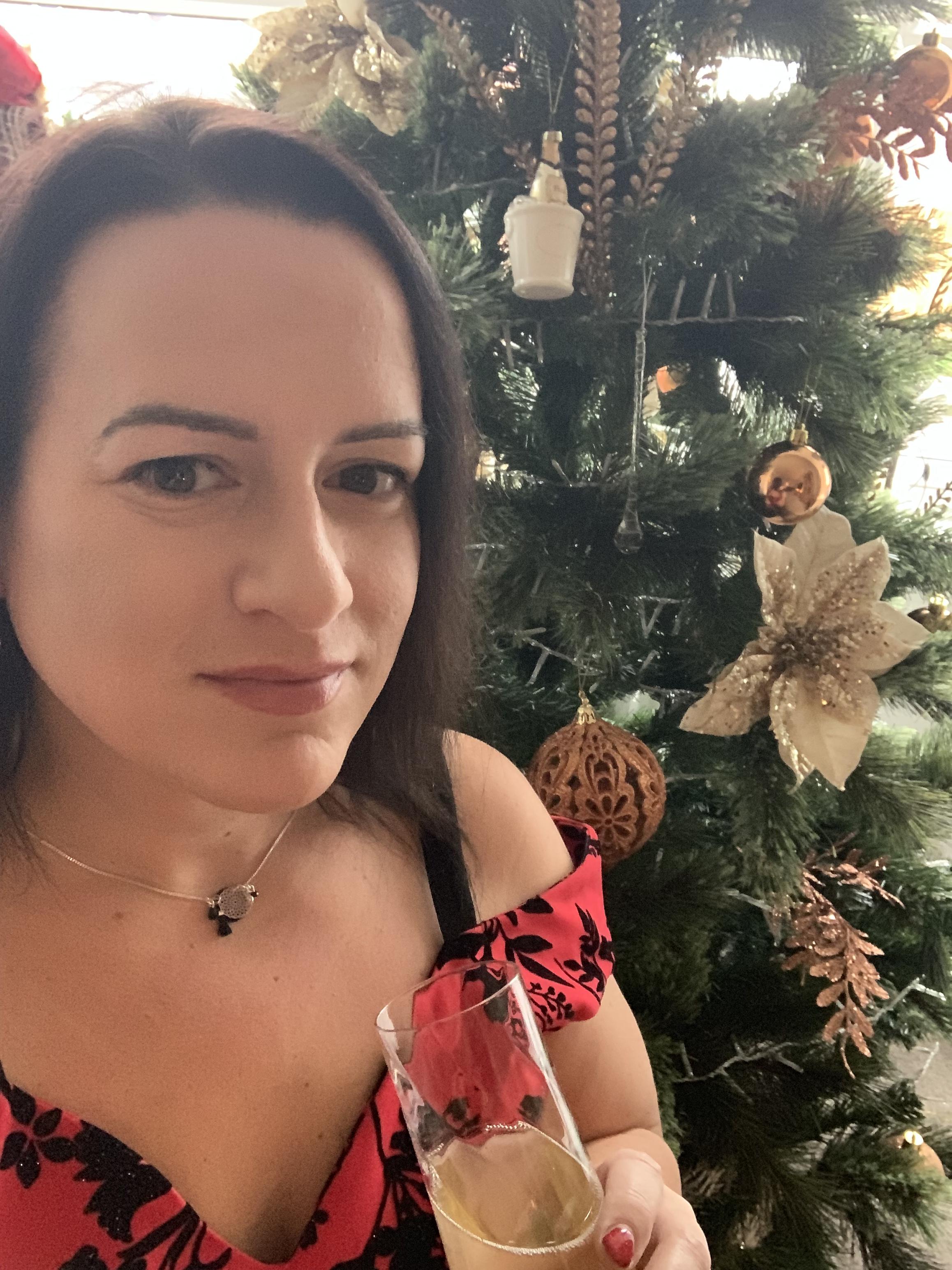 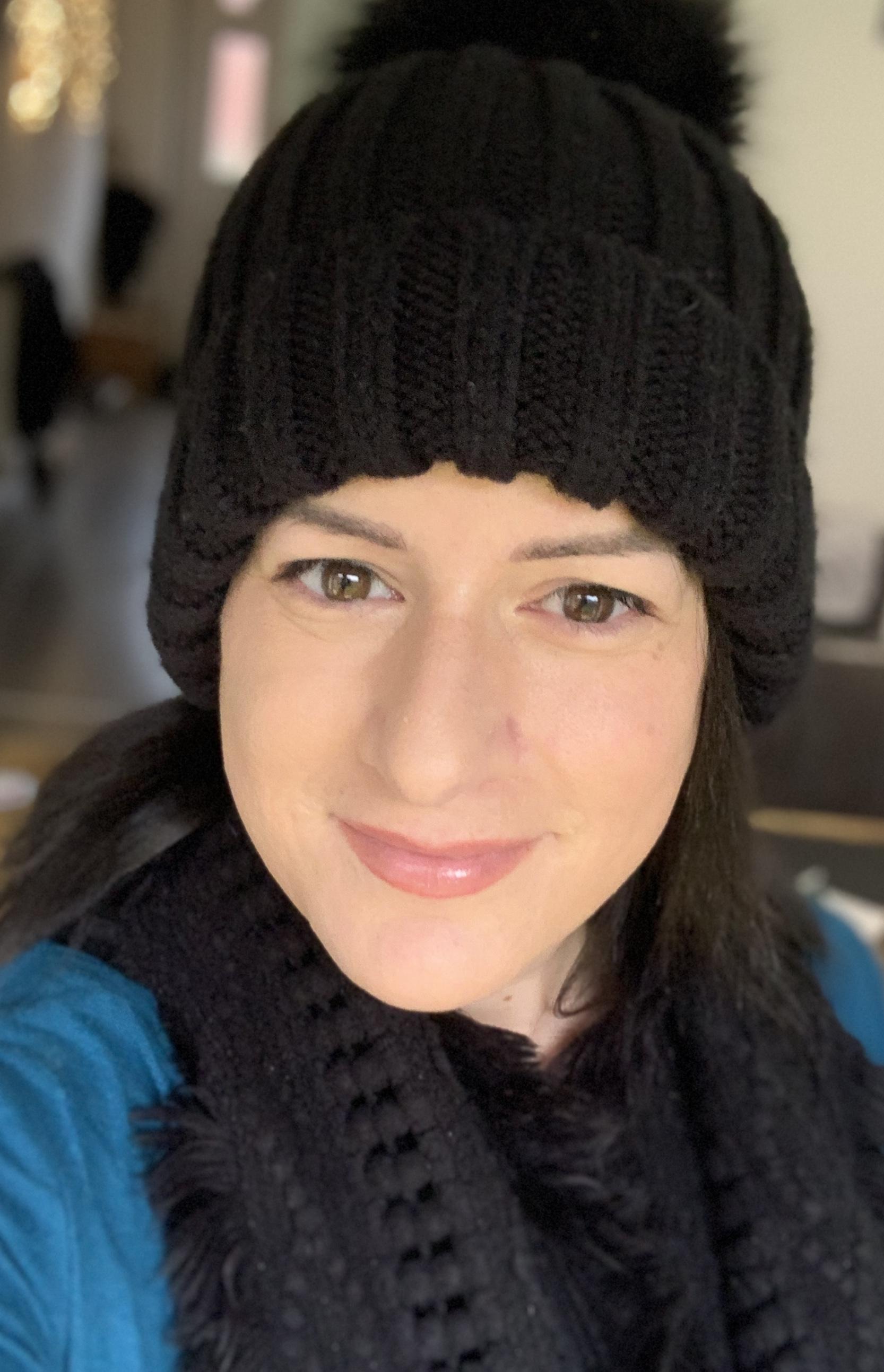 “Since having the work done I’ve had plenty of compliments on the school run and when I’ve been out enjoying the Christmas festivities.

“Most of the people I’ve spoken to thought I’d had fillers, but once I explained that it’s all permanent make-up they were fascinated and amazed.

“Colin said it looked fabulous too but admitted that he was glad it was natural-looking. He’s happy as I’m not moaning about not having enough time to get ready.

“Aftercare has been fairly smooth running, no issues and I’m loving the extra time and how amazing I look in the morning. I’ve never worn less makeup on a night out before! Long may it continue.”

Jo had her treatment done at Tracie Giles, whose clinic is in Knightsbrige, London.

Meanwhile, Harry Redknapp says Emily Atack looks ‘very useful’ now she’s ‘scrubbed up’ but wouldn’t have a chance with son Jamie with no make-up after I’m A Celeb.

From overlining her lips to using a FLANNEL every day these are Victoria Beckham’s five beauty tips for looking young at 44.

50 Rose Gold Gifts So Dazzling, It Will Be Hard to Give Them Away