Home » Fashion » I self-harmed at 13 after being called an ‘ugly s**g’ at school – I hated myself, says Love Island’s Belle Hassan

I self-harmed at 13 after being called an ‘ugly s**g’ at school – I hated myself, says Love Island’s Belle Hassan

SHE may have been seen as the bubbly blonde party girl on Love Island but away from the ­glamour of the TV villa, Belle Hassan was hiding a dark secret.

The 23-year-old reveals today that before winning a place on the show, she spent several years self-harming, so crushed by low self-esteem that she could not bear to look at herself in the mirror. 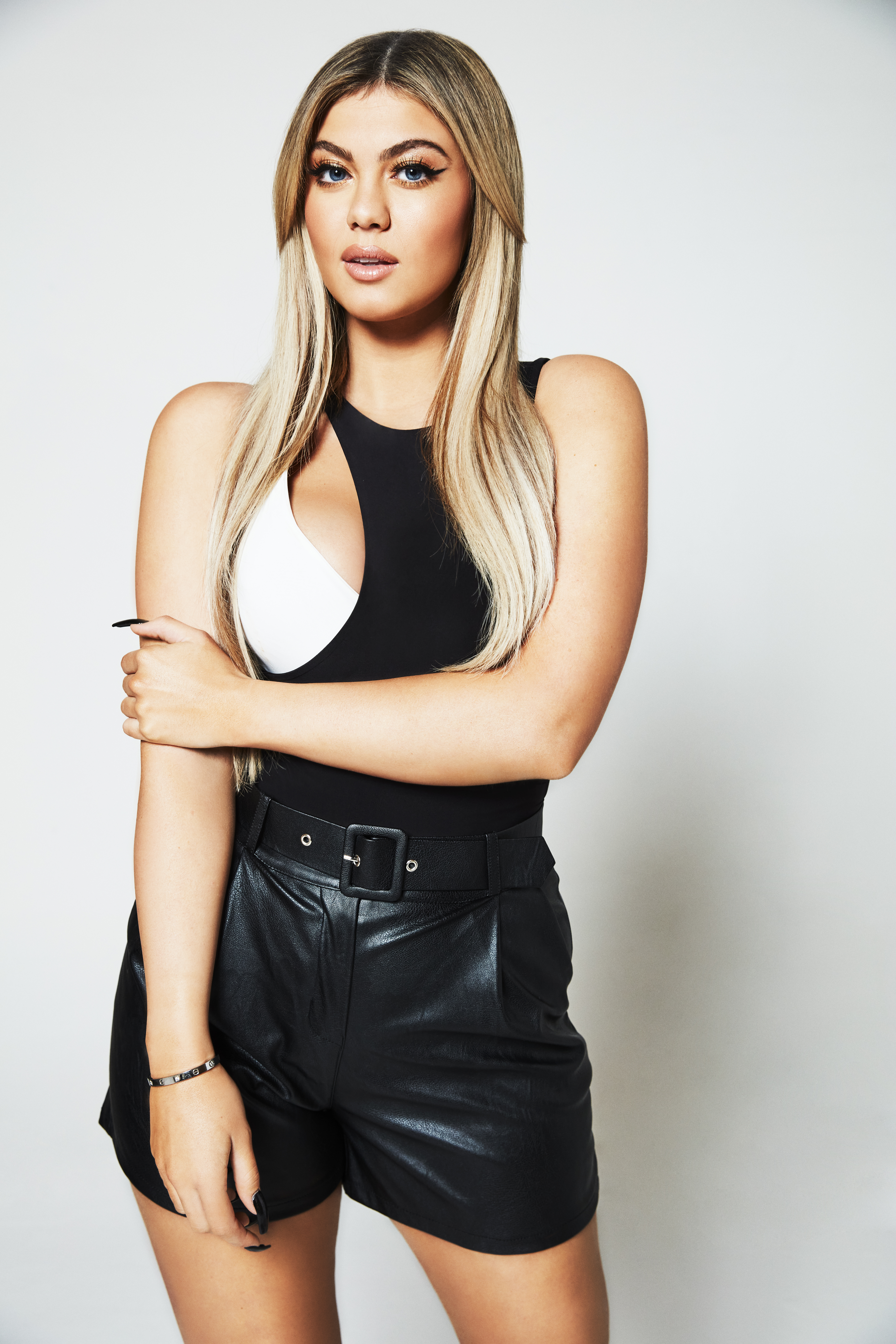 “I went through a very long stage of hating everything about myself.

“For so many years, I’d look at myself in the mirror and think I was absolutely disgusting.

“I felt worthless and had all this anger I needed to let out.

“This is what gave me my release. But it was also about punishment because I hated myself so much.

“I hated myself for not being what I wanted to be, and self-harming became my way of expressing that pain.”

Belle, who is the daughter of Football ­Factory actor Tamer ­Hassan, 53, said she ­managed to hide her self-harming from friends and family.

She made sure she was always alone when she self-harmed and would wear clothes that covered up the marks.

She says: “I never wanted it to be ­visible because I didn’t want anyone to know what was going on, or to ask any questions.”

Belle — who was eliminated from the ITV dating show’s 2019 series following a romance with Anton Danyluk — believes her ordeal was initially triggered by a spell at secondary school when a boy she briefly dated then broke up with began a campaign to make her life hell. 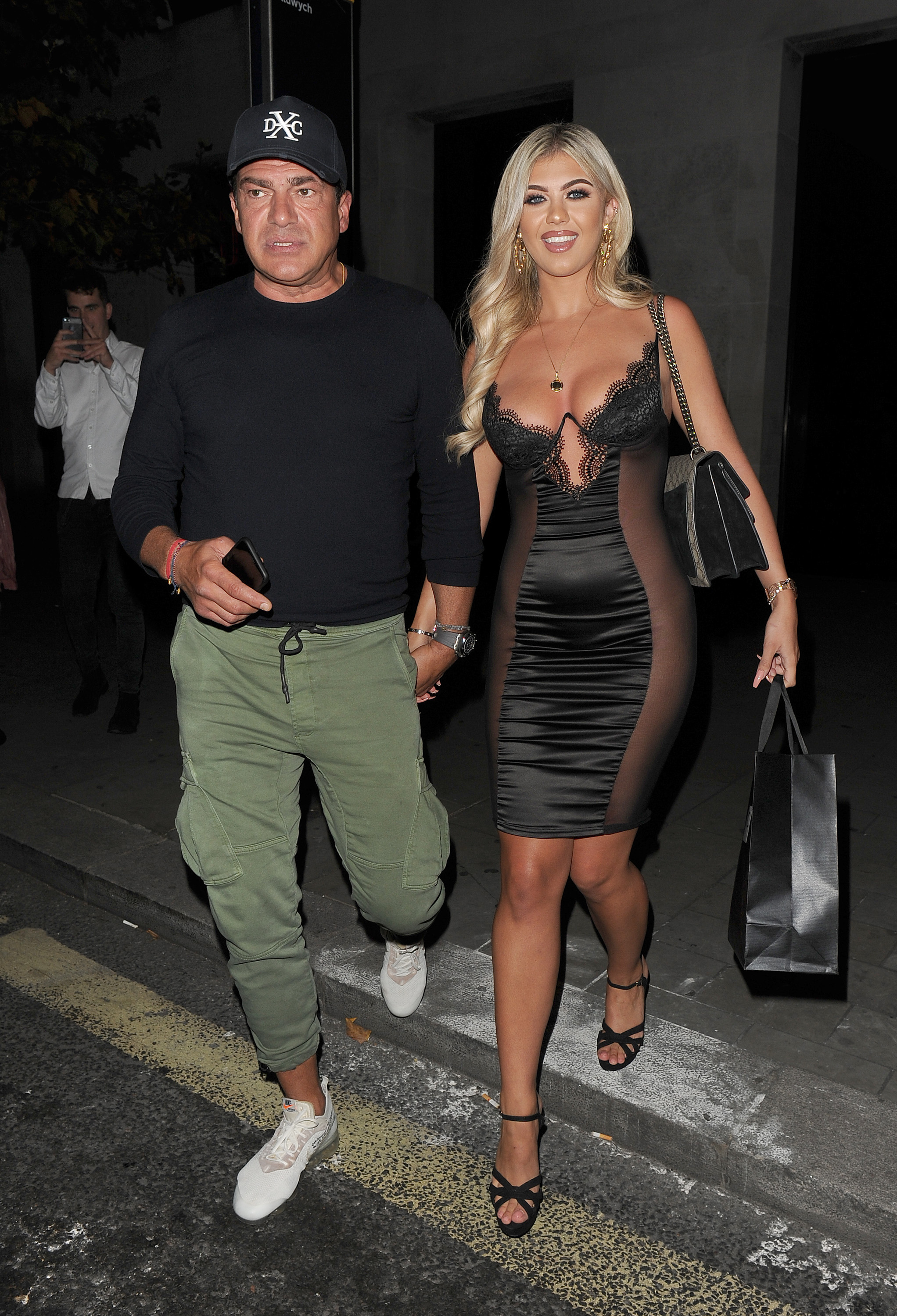 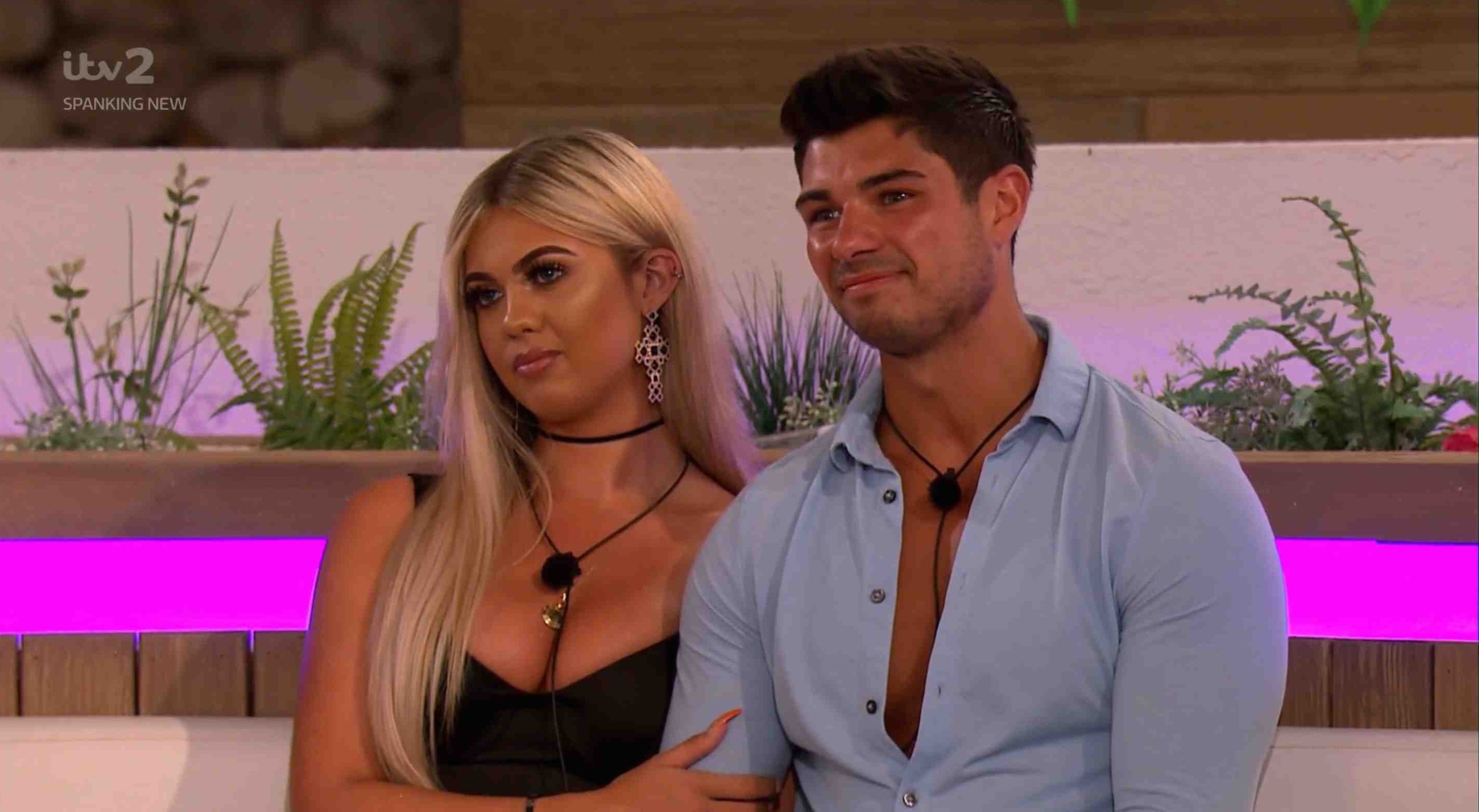 'It did help me temporarily'

She says: “I had one of those silly ­relationships with a guy at school.

“He was lovely at first but when I split up with him he became really horrible and it affected my life terribly.

“He had to be removed from all my lessons because he was constantly abusing me, shouting things like, ‘You f***ing slag’, and calling me ugly.

“When someone tells you that over and over at such a young age, you begin to believe it. My opinion about myself began to change.”

A recent survey for BBC Radio 4 found that a third of teachers have witnessed peer-on-peer sexual abuse or harassment, with one in ten saying it happens weekly.

Belle says: “He would send me messages saying that wherever I went, he would follow me and so I should watch what happened to me.

“He also told me he was going to kill himself and I carried this overwhelming feeling of guilt.”

When someone tells you that over and over at such a young age, you begin to believe it.

Belle found herself increasingly isolat­ed and distressed, with no outlet.

She had heard other girls at school “chit-chatting” about self-harming, which sparked the idea in her.

By the time she first tried it, she had hit rock bottom and found it provided a fleeting release from the pain. It soon became her regular crutch.

“There’s this tiny bit of escape,” she says.

“At the time of doing it, your brain goes into a frenzy — you’re not thinking straight — and it did help me temporarily. But that feeling is over quickly and it’s followed by shame, disappointment and embarrassment. 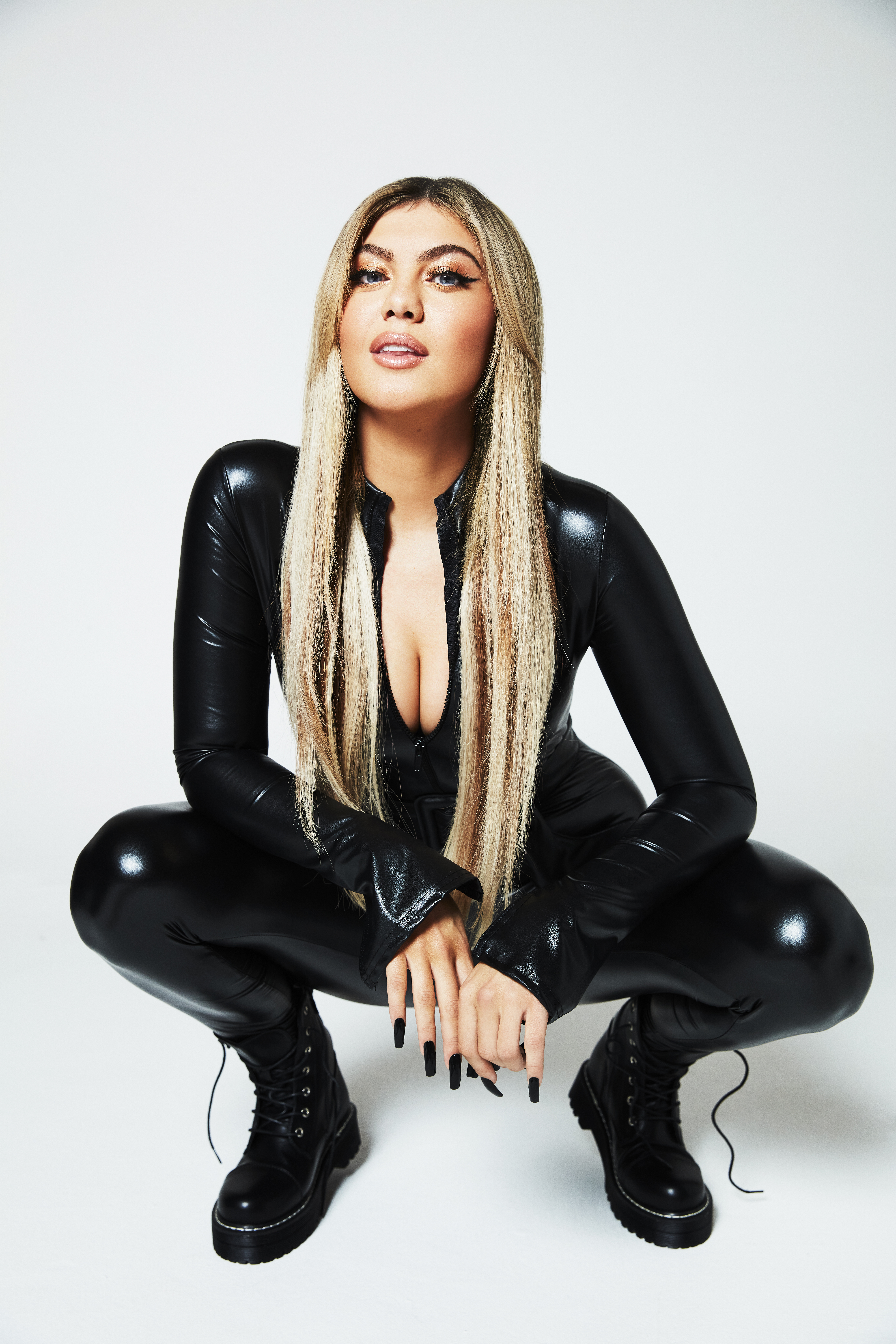 “I quickly became addicted to feeling this hurt and punishing myself. It’s hard to stop a behaviour that has become so familiar to you.”

As the years went on, Belle found herself trapped in a destructive pattern of going out with men who treated her badly, further fuelling her self-harming.

She says: He was perfect in the beginning but within the space of a week he completely changed.

“On one occasion he headbutted me and broke my nose, so I dumped him because I would never stand for that behaviour.”

Belle adds: “Because I was so down on myself, I was open to these bad relationships and people manipulating me.

“There were a lot of onsets — sometimes I’d end up hurt, or I’d feel like I’d upset someone and I’d just hate myself all over again.

Because I was so down on myself, I was open to these bad relationships and people manipulating me.

“I might have a bad patch and self-harm for a couple of days, or I might not do it for ages, so it very much depended on the scenario.”

Belle says that while Absolutely Ascot star Rudi Hewitt, who she dated last year, was faithful, she has been cheated on by many of her exes.

She added: “These guys would two-time me, or leave me for someone else, and I’d wonder what was wrong with me.” 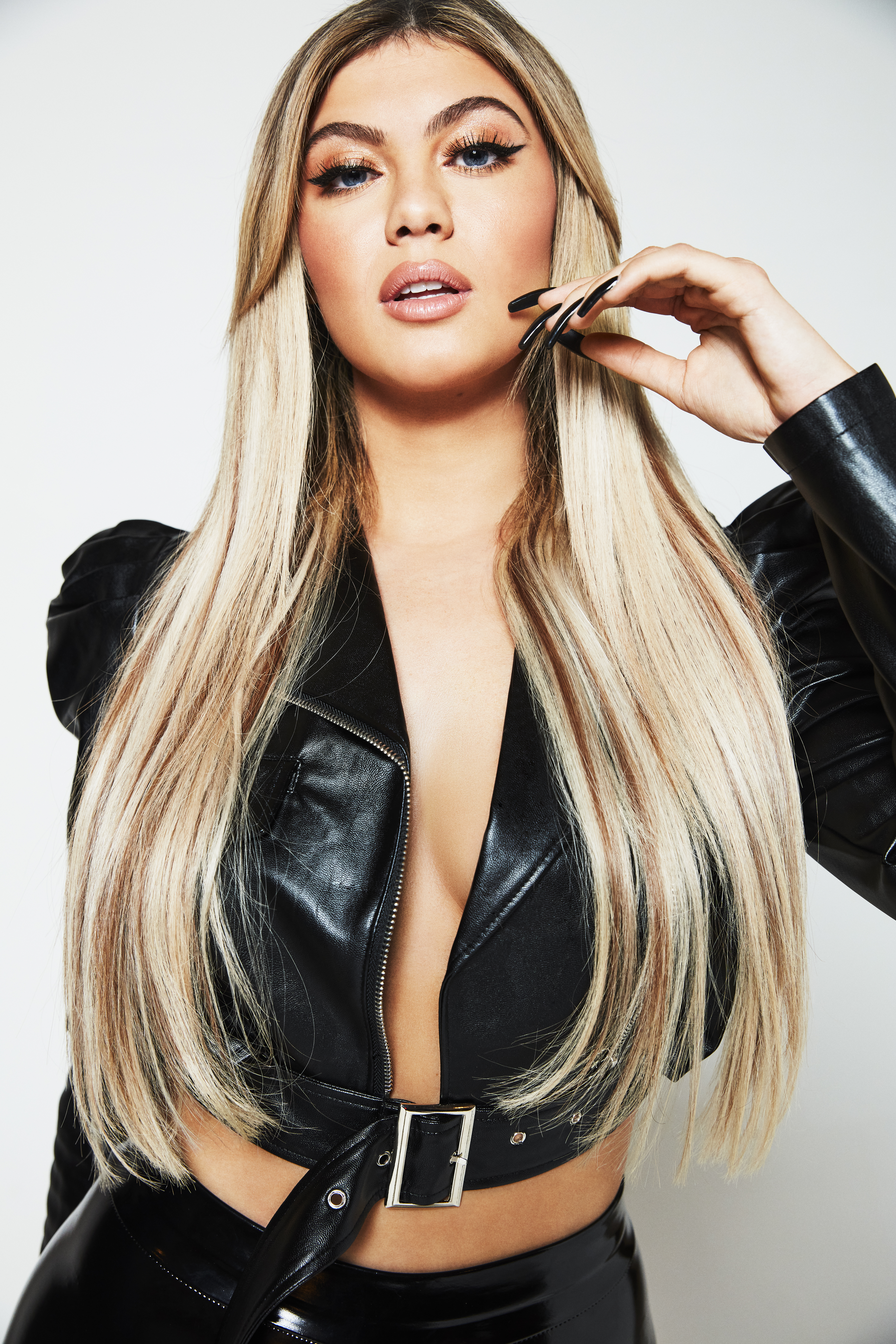 ‘My dad didn’t ­understand at first’

Problems within the family also became triggers, although her dad and mum, Karen, remain together.

Belle says: “They were always screaming at each other and then five minutes later they’d be fine. A lot of people don’t know how to control their ­emotions when they come from families like that.”

Belle managed to hide her self-harming for four years until one day her mum walked in on her doing it and begged her to get help.

Belle says: “I was 17 when my mum caught me and that was probably the worst incident.

“It was a huge turning point for me because up until then it had always been my secret.

“I was panicking that time because I’d never made myself bleed like that before.

“My blood started dripping on to the floor and I thought, ‘What have I done?’ It really scared me, and I remember my mum saying: ‘Oh my God!’

“Once it was out, I had to face up to it, because I was suddenly affecting other people’s lives around me. My family were gutted. My dad didn’t understand at first, so he was very angry and kept yelling, ‘Don’t ever f***ing do that again!’ ”

It was the first time Belle had seen her father so upset.

She says: “I remember he started crying, and I’d never seen my dad cry.

“I tried to reassure him that I didn’t want to die or to kill myself and that it was just my way of dealing with things.”

It also shocked her brother Taser, 27, a model and actor.

She says: “Everyone was worried and didn’t know what to do.

YOU ARE NOT ALONE… 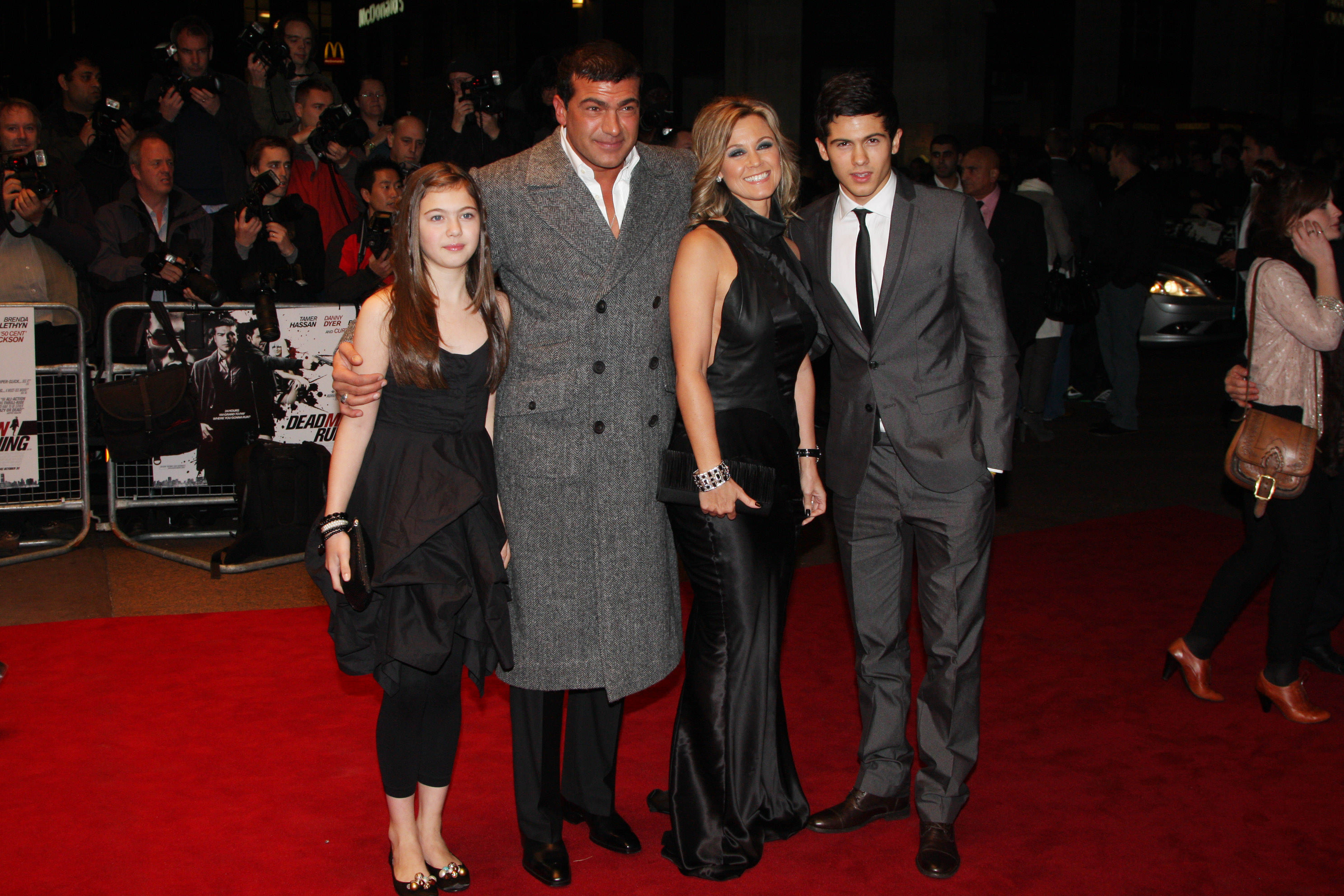 She says: “My dad knew a counsellor, and I went to see him.

“He told me to imagine I had a radio in my head that was loud and too close, and to pretend I was turning it down when I felt like I was losing control. Amazingly, it started to work and suddenly I could actually think.

“Like drugs and alcohol, anything you’re going to give up doing is a journey.

“So sometimes I’d go for months without doing it but then I’d have a relapse and wonder how I’d got there again.

Like drugs and alcohol, anything you’re going to give up doing is a journey.

“I think now that relapse stages are key in the healing and understanding.

“It became a ­journey in how to deal with my anger. I’m not going to learn that overnight.

“Even now, when I get angry, I think, ‘Let’s not get myself in that mindset because you know where that can lead’.

“It’s learning how to control that snap of anger, so I’ll take myself for a walk or ring my mum or friend to talk about whatever is playing on my mind.

“Venting and expressing how I feel is like therapy for me. It’s more powerful than anything.”

Although Belle is now confident and happy, memories are still raw and some of the scars on her wrist remain, albeit very faintly. 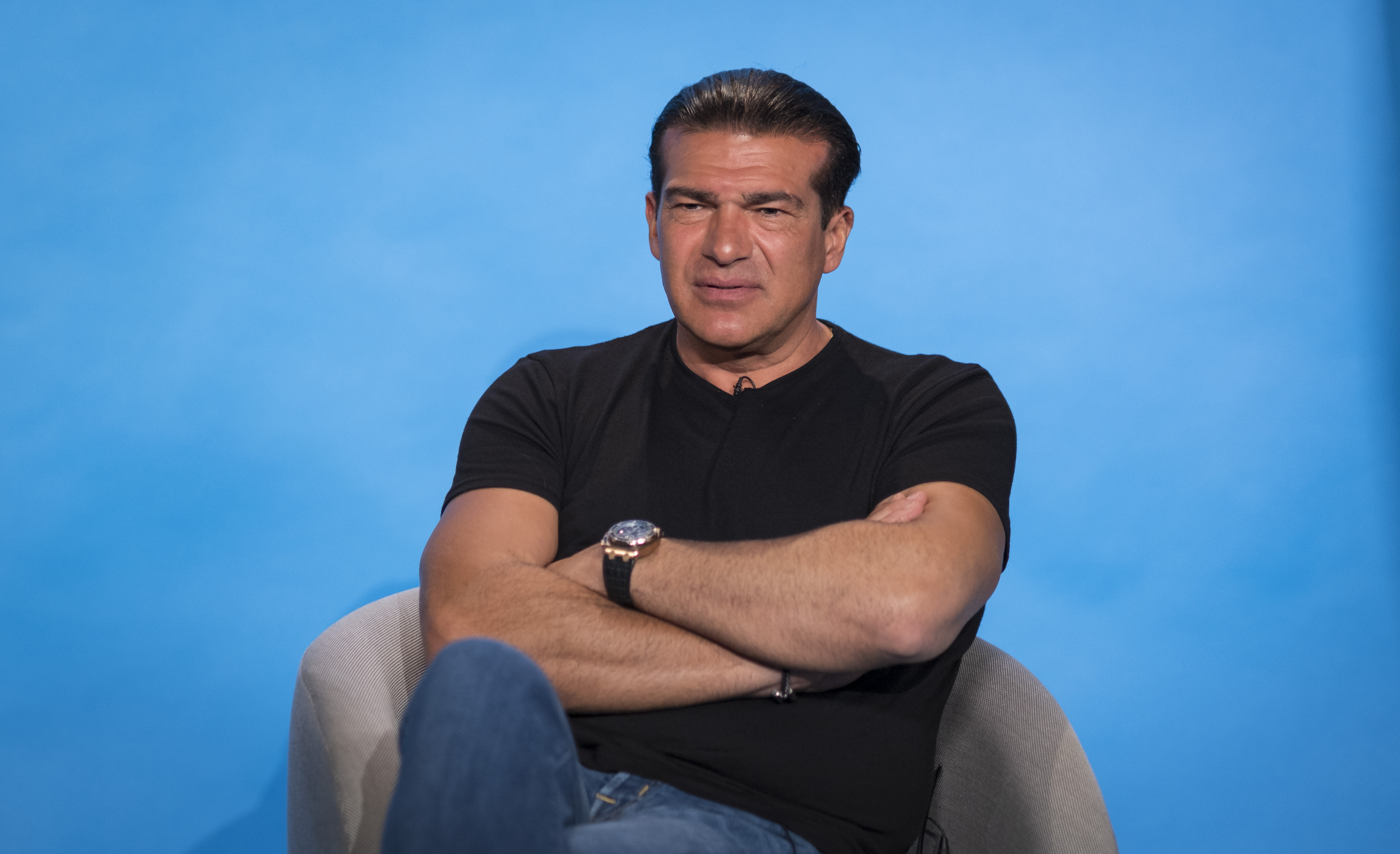 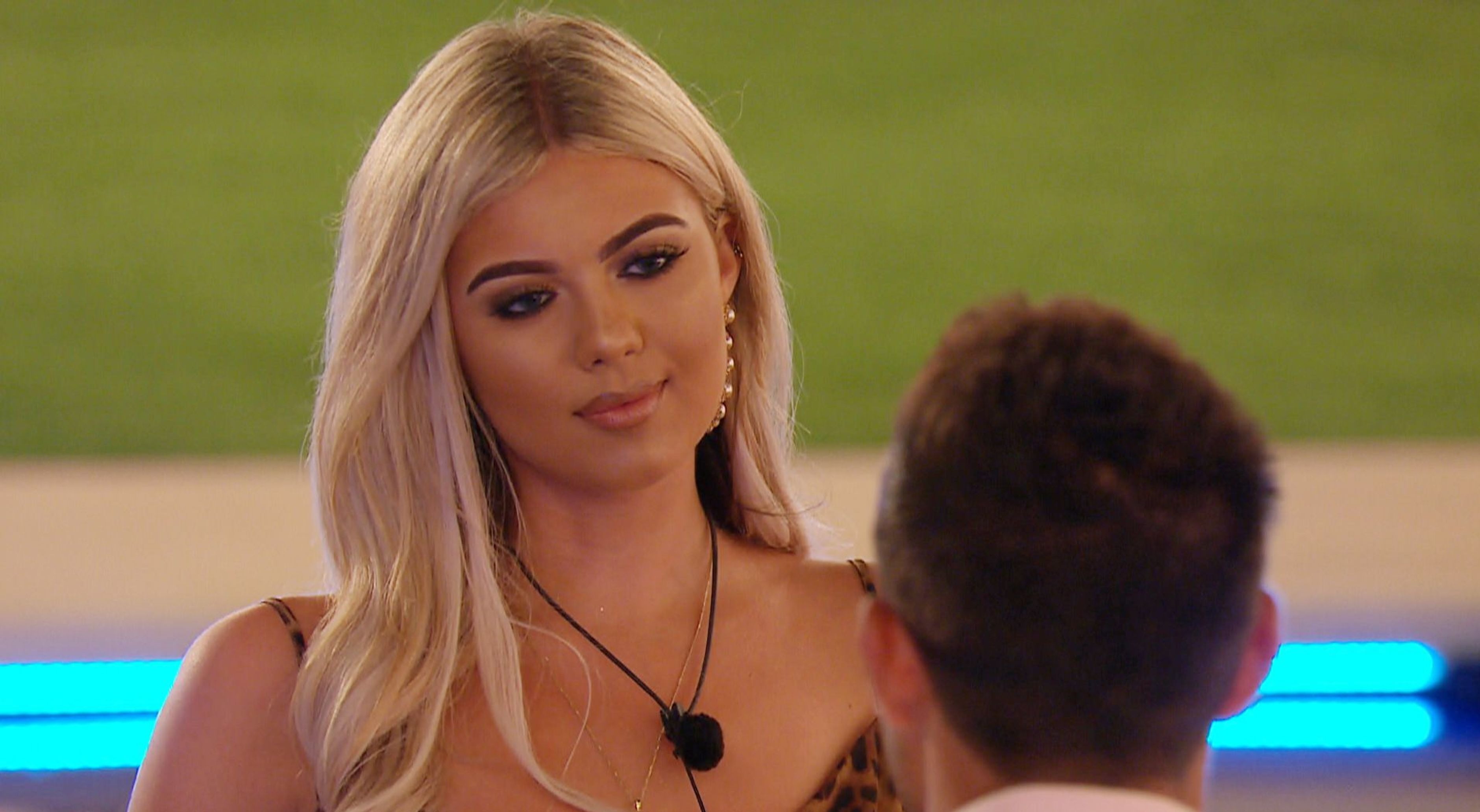 She says: “The only person who has ever noticed them is [fellow Love Islander] Michael Griffiths when we were in the villa together.

“He asked me what they were and I didn’t want to address it, but he knows now because I spoke to him about it afterwards.”

Belle adds: “It will always be something that’s a work in progress, but I never want to hurt myself ever again.”