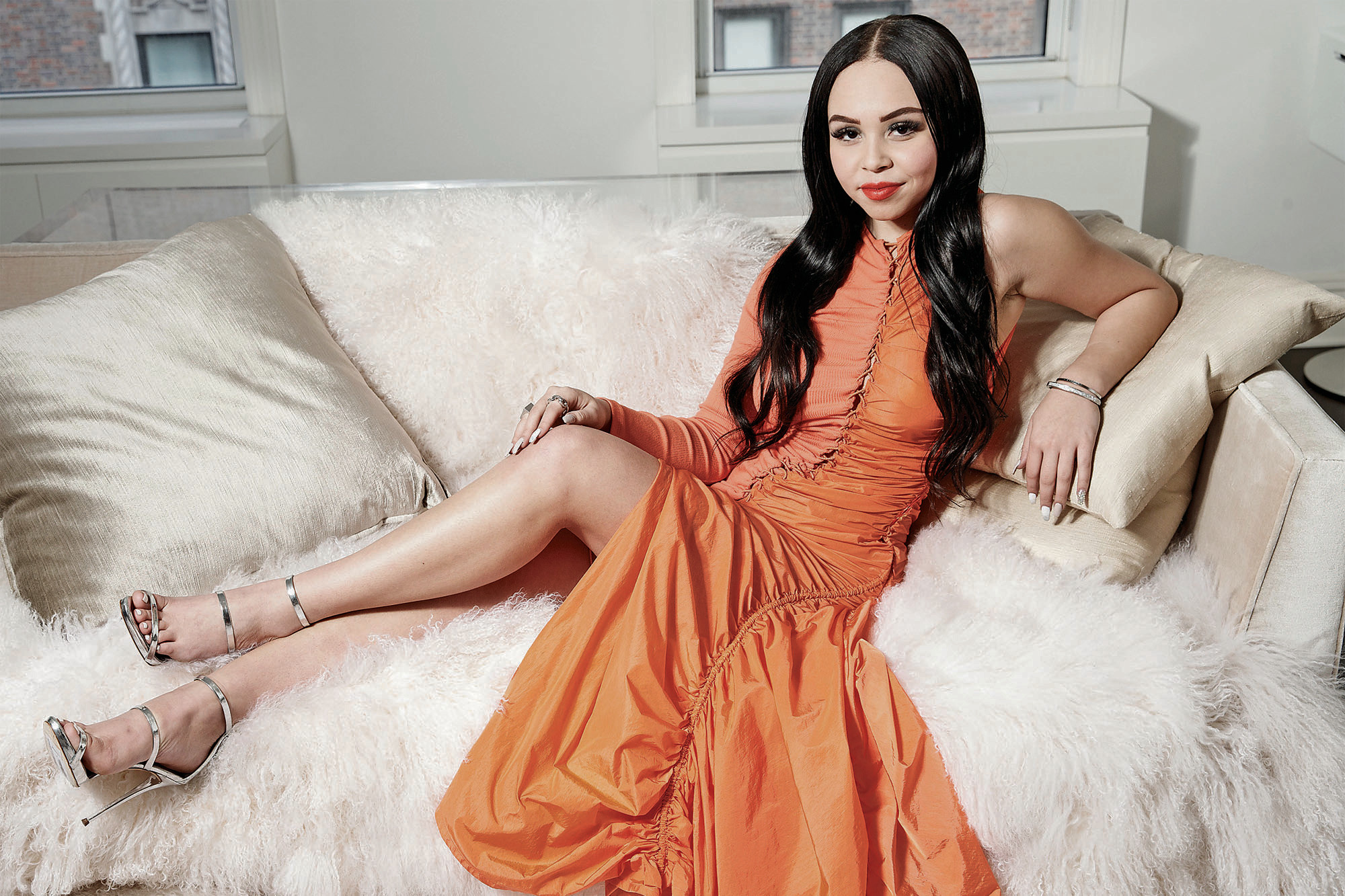 How notorious mobster’s granddaughter is angering people with TV show

In the opening scenes of the new MTV reality show “Made in Staten Island,” Karina Seabrook is shown chatting with her grandfather about her college plans, the weather and everyday life in her home borough.

It’s a normal family interaction — except that her grandfather is Salvatore “Sammy the Bull” Gravano, the recently-paroled underboss of the Gambino crime family who spent more than 17 years in prison on drug charges.

“We talk weekly,” Seabrook, 19, told The Post. “It’s nice to be able to call him since I had so much time away from him.”

“Made in Staten Island,” which premieres Monday, follows Seabrook and a dozen other local teenagers and early-20-somethings grappling with whether they can fully escape their families’ criminal backgrounds as they enter adulthood. Seabrook, for her part, is faced with the prospect of going away to college and leaving tight-knit Staten Island, which she finds steeped in mob culture — people constantly ask about her grandfather and his connections.

“But to me, he’s just my grandfather,” she said. “Nothing else matters.”

The brunette knows what a difference a change in scenery can make. She was actually born and raised in Arizona, where her father is from, and moved to Staten Island in 2014 to be closer to her mother’s family. Seabrook met many of her now-fellow cast members, such as the outspoken Kayla and fun-loving Dennie, at Tottenville HS.

She got to know some of the others through their families, which she said shows the difference between a place like Arizona — “where everyone’s just kind of ­doing their own thing” — and Staten Island, “where everyone knows each other’s business.

“There’s a family feel here,” added Seabrook, who lives at home with her mother in the Old Town neighborhood. “Like one big Sunday dinner.”

While drama promises to flow freely through the series, Seabrook has the restrained wisdom of a second-generation reality star. Her mother, Karen Gravano, appeared on the VH1 show “Mob Wives,” which was about the spouses and daughters of mob-affiliated men. The ladies were often seen turning against one another in heated shouting matches. But while Karen, who split up with Karina’s father when their only daughter was 10 years old, is known as a table-flipping hothead, Karina is more prone to icy glances than getting physical.

“I did see that [the cast of ‘Mob Wives’] started off as friends, and that there was a lot of drama,” Seabrook said. “So I know to watch my back. I don’t like to be dramatic.”

Despite their apparent on-screen differences in temperament, Seabrook is close to her mother, both personally and professionally — Karen is the executive producer of “Made in Staten Island.” And while Karen told The Post that she has to take off her “mom hat” during filming and “let Karina be her own individual,” she’s been honest with her daughter off-screen about the unglamorous consequences of organized crime — a theme she believes the show portrays fairly.

“I grew up with the pros of the [Mafia],” Karen said. “The fast cars, the jewelry, the restaurants.”

Seabrook, meanwhile, saw the cons. “All my memories [of my grandfather] were of going to visit him in jail. It was hard for me,” she said.

A petition, launched on Change.org on Jan. 5, aims to have the new MTV series canceled, or at least for the name “Staten Island” to be removed from the title. More than 7,000 people have signed it so far. According to the petition, many from the borough take umbrage with its representation as a “cesspool of gangsters, meatheads and low lives.” Even Mayor de Blasio chimed in on the outrage, tweeting that “MTV is peddling stereotypes in a shameless ratings grab.”

Several Staten Island restaurants and other businesses declined to let The Post photograph Karina at their venues.

Still, Seabrook said she doesn’t think about the backlash too much: “The petition means nothing to me. It’s crazy how people can judge a book by its cover.”

She also believes in change. When Seabrook was 15, she met her now-boyfriend, Paulie Fusco — another key figure on the show — while he was a busboy at Angelina’s, a Tottenville restaurant her family frequents. Fusco was arrested as a teenager for aggravated assault on a police officer, but Seabrook says he’s now bettering himself with a job on Wall Street.

“I could see that he had a ­go-getter personality,” she said of Fusco, who she appeared with on an episode of MTV’s “Promposal” in 2017.

Seabrook, who hopes to one day open a medspa (an aesthetic clinic specializing in Botox, laser hair removal, etc.), wouldn’t say whether college is part of her immediate future. But she and Fusco are planning for their future together.

And she hopes that if the haters actually watch the show, they’ll see progress away from the old Mafia clichés — a well as a glimpse of what life is like for teenagers, like her, with complicated backgrounds.

“We’re trying to grow up and get away from that lifestyle,” Seabrook said. “We have a choice, and we know where that life gets you.”

Ex-beauty queen killed when hit by 4×4 pushed girl, 6, out of way second before
World News