Home » Fashion » How It Feels When Software Watches You Take Tests 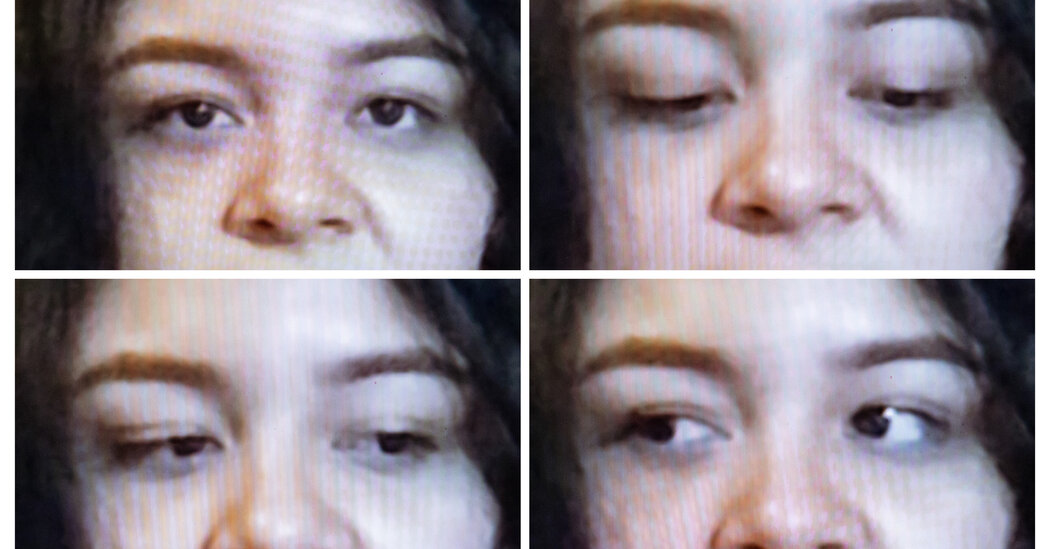 How It Feels When Software Watches You Take Tests

An unusual school year has started in earnest, and with it has come the return of digital proctoring programs. This is software that can lock down students’ computers, record their faces and scan their rooms, all with the intention to thwart cheating.

These programs, with names like ProctorU and Proctorio, first raised alarms about privacy as they were adopted by schools. Now many students are finding that the programs they’re required to use may not have been well-designed to consider race, class or disability — and in some cases, simply don’t work. Many are organizing on and across campuses for alternatives or for their eradication.

The rigidity of online proctoring has exacerbated an already difficult year, students say, further marginalizing them at the very moments they’re trying to prove themselves. Here are some things that can go wrong with testing and digital surveillance.

Before the pandemic, Sabrina Navarro, 20, a junior at California State University, Fullerton, hadn’t thought to register her chronic tic disorder with her university’s disability services office. The disorder, which she’d lived with since she was 6, hadn’t ever affected her education.

“I’m good at covering it up,” she said of her disorder. “A lot of my friends don’t even know that I have it.”

This semester, though, scared that her involuntary mouth movements would get her flagged for cheating, she went to get medical records to prove her diagnosis and request accommodations.

If the majority of her classes didn’t require Proctorio, this wouldn’t be a concern, she said.

But Ms. Navarro feared Proctorio would record her tics and send her professors footage for review. Ticcing happens more frequently for her during stressful situations, like an exam.

“Just the fact that professors might have access to seeing me ticcing, over and over again — it feels like an invasion of privacy with something that all my life, I’ve been pretty good at hiding,” she said, speaking from her family home in Alhambra, Calif. that smelled “like fire” because of blazes raging nearby.

Students who request accommodations for their disabilities often have to cope with inaccurate judgments that they’re cheating, said Maria Town, president of the American Association of People with Disabilities. Monitoring their behavior for compliance creates an accessibility barrier.

“It can be difficult not only to request, receive and use accommodations,” she said. “If you are then accused of cheating on an exam that you worked really hard for because it’s not accessible, its just going to amplify all those emotions.”

Proctorio’s chief executive, Mike Olsen, said in an interview that his software did not penalize students for perceived infractions, but instead relied on faculty to make judgment calls about test-taking behavior. “We ask the faculty before they review the footage, what they’re interested in,” he said. “That could be getting up and leaving the exam session, it could be other voices in the room. When they set that, what we’re going to do is identify those moments in time. For the example of a child coming and asking a question or saying they want a drink of water, the faculty is going to see that and generally — I cant speak for all faculty — generally the faculty is going to say that’s not an issue.”

Jazi, 19, a student at the University of Texas at San Antonio, finished her freshman year remotely after in-person instruction was suspended in March. (The New York Times agreed to not use her full name because she was afraid of retaliation from the school.) Doing class work from home, she was also charged with taking care of her younger siblings, ages 12 and 8.

Students using Proctorio are generally recommended to find quiet, well-lit places to take exams. Moving offscreen or speaking to someone else in a room, both things Jazi needed to do while watching her siblings, can be flagged as suspicious.

When her youngest sibling would bang on doors in the middle of an exam, she’d try not to look away from her screen.

“I was ignoring him the entire time, just saying, ‘Please, God, don’t let them email me about the sound,’” as her mic levels spiked onscreen, she said.

Jazi hadn’t previously felt out of place as a first-generation student on scholarships at the school, where a number of her peers come from a similar background. But being sent home to juggle school and child care on camera made her feel like she didn’t belong.

“Some of my classmates were sent back to a full home. Two parents. They don’t have to work. They just focus on their classes,” she said.

When her sophomore year started in the fall, Jazi emptied her savings account to move back to campus. “I knew that if I had stayed home, there was no way I would pass,” she said. “You constantly ask ‘Why is this so hard?’ Because you know it doesn’t have to be that way. But it is.”

‘It Doesn’t Seem Worth It to Me’

T. Sydney Bergeron Mikus, 25, started studying for the LSAT in 2016. They (Sydney uses gender-neutral pronouns) have a spate of chronic illnesses, coupled with cognitive impairments that they describe as similar to A.D.H.D.

It adds up to a laundry list of conditions that can be difficult to explain to others. Accustomed to being doubted, when Sydney was scheduled to take the LSAT-Flex this fall — an adjusted version of the test for law school — they got a jump on the paperwork that would allow them some accommodations. This includes extra water and snacks on their desk.

But when the time came, the test’s proctor, from the company ProctorU, was not aware that those accommodations had been approved. During the 360-degree room scan required by the company before testing, Sydney’s proctor questioned the water and food, forcing them to pull up documentation during the test period.

Things got worse from there, Sydney said. The software glitched frequently, switching from the LSAT screen to the ProctorU setup screen.

“Every time it would interrupt me, I would lose my train of thought and had to reread the passage,” Sydney said.

Then, during a break between test sections, the software kicked Sydney out entirely. They sought help from ProctorU’s support staff. They were connected to a new proctor, again having to explain the food and water on the desk.

The latest on how schools are reopening amid the pandemic.