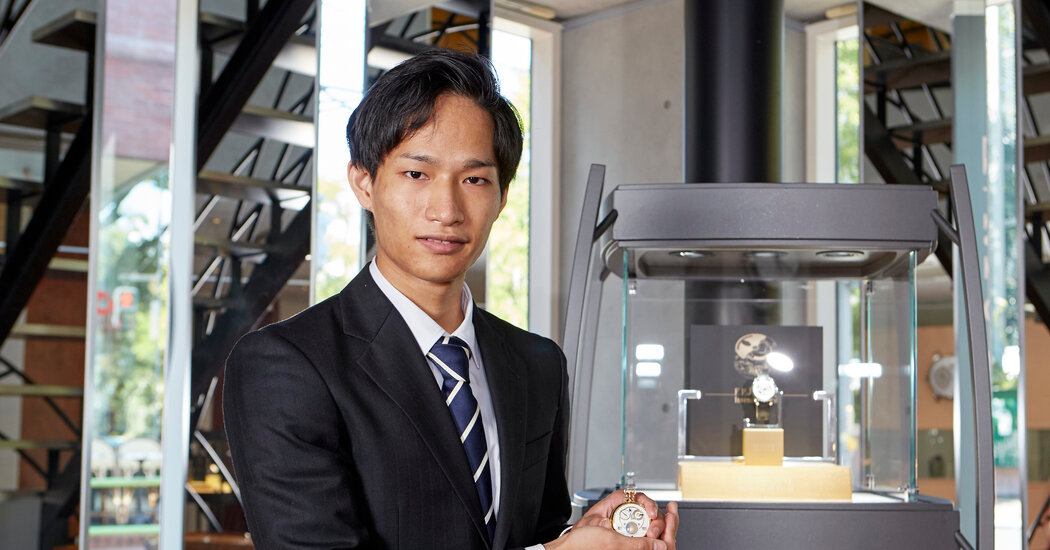 He Just Wants to Make Watches

Claim to fame Mr. Seki won the 2020 F.P. Journe Young Talent Competition, an annual contest in which industry notables, including François-Paul Journe and Philippe Dufour, judge work by watchmaking’s next generation. He was the first honoree from Asia in the event’s five-year history.

The watch The highlight of Mr. Seki’s 4.7-centimeter Spherical Moon and Drum Calendar Pocket Watch is a 20-millimeter orb that rotates to match the phases of the moon: Two-thirds of the sphere is coated in yellow gold, while the final third is blued titanium. “When you look at the moon in nature, you can tell time, and I wanted to convey that in a mechanical way,” Mr. Seki said during a recent interview in Tokyo. It took him 10 months to complete the timepiece, using equipment from the Hiko Mizuno College of Jewelry, where he was in his final year of a watchmaking course, and the watch atelier at Eguchi, a store where he had a part-time job. 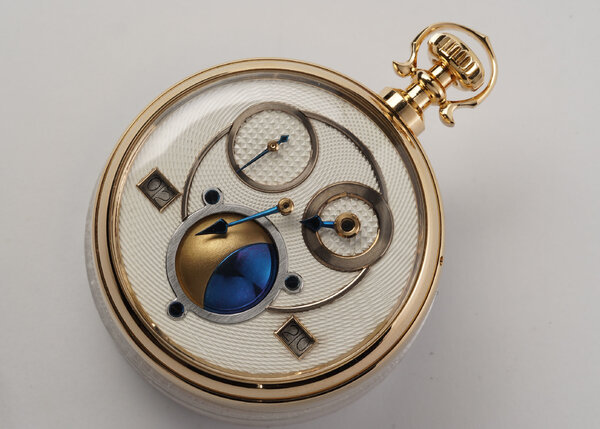 How it all started In 2016, Mr. Seki saw a TV documentary featuring Masahiro Kikuno, an independent watchmaker who graduated from Mizuno in 2005. “I then became really interested in the watch industry,” he said. “I researched about him, about watches, and I knew I wanted to enroll in that watchmaking school.” In a kind of symmetry, Mr. Kikuno was Mr. Seki’s teacher during his final year at Mizuno. “As I studied watches, I learned it was a traditional world, and I came to like it more,” Mr. Seki said, drawing parallels with the history of kashima shin-ryu, a Japanese martial art he has been practicing since he was 12.

The news A congratulatory email that arrived in August told Mr. Seki he had won the competition. “I was honored,” he said. “I feel the contest valued my future and talent, rather than the results of my watch, the finished product.” (He said he had never been really happy with the watch: “I’m not really satisfied of the final results of the calendar,” which isn’t always accurate.) In the past, winners traveled to Geneva to present their timepieces at a news conference and receive 20,000 Swiss francs ($22,285) to help finance horological projects or purchase equipment. But, because of the pandemic, Mr. Seki was honored in October at the F.P. Journe boutique in Tokyo, a Tadao Ando-designed shop in the Aoyama district.

Next thing “I have many ideas for watches I’d like to create in the future,” Mr. Seki said. “I’d like to become an independent watchmaker.” After graduating last spring, he began working full time at Eguchi, a concept boutique in Kichijoji, west of Tokyo, that sells vintage watches and clothing. He now repairs watches during his eight-hour workday and, while he hopes to study in Switzerland, he knows his future is in Japan. “Japan is quite unique,” he said, “in the sense that brands make everything from scratch, from beginning to end.”