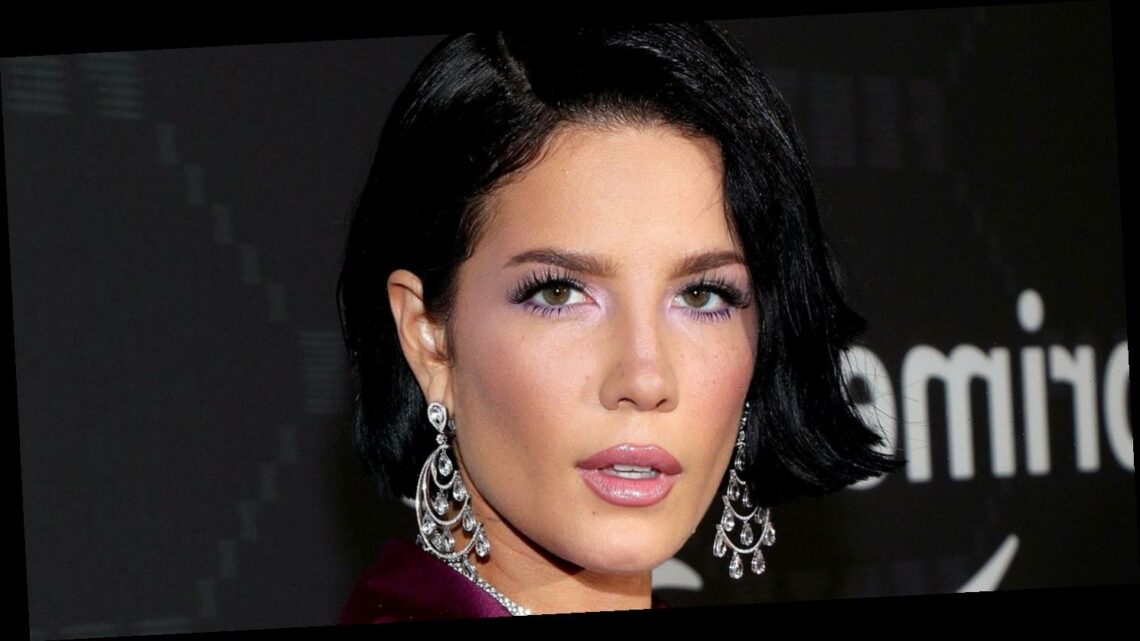 Rock on! Halsey took to Instagram on March 3 to share a very chic, very punk and very redheaded photo. And even though our focus immediately went to her cherry locks and neon yellow eyeshadow, it was a tiny ring hidden in the last picture of the slideshow that gave Us all the feels.

Celebrities Who Got Tattoos for Love

The 26-year-old singer-songwriter’s new bling is a silver ring with the word ‘mum’ written in a gothic font. It gives a sweet nod to the fact that she’s expecting her first child.

To emphasize her excitement about her baby on board, Halsey made a cute caption for the post. “B-TCH IM A MOTHER..NO DRAMA,” she writes.

Aside from the ring, the “Without Me” singer’s photo shoot is also just generally #beautygoals. She wears a mullet-esque wig with shaggy bangs for the occasion, setting the stage for her rocker chic makeup.

Halsey, who launched her own beauty brand About Face earlier this year, used her namesake products to create the look. She’s seen rocking (pun intended!) a black lip for the selfie.

As for her eye makeup, the mom-to-be has a neon yellow cut crease, fierce black wing and tightlined white pencil along her lower lash line. We’d be remiss not to shout out her heart-shaped grill and edgy soda can earrings, too.

This post follows Halsey’s announcement that she would be expecting her first child with boyfriend Alev Aydin on January 27. She shared the big news via an Instagram post aptly captioned, “Surprise.”

For the maternity shoot, Halsey went for a more angelic vibe. Posing against a silky, white sheet, the “You Should Be Sad” singer wore unbuttoned jeans and rainbow crocheted crop top that showed off her bare belly.

It’s unconfirmed exactly when Aydin, 37, and Halsey started dating, but the two have been friends for years.

After speculation arose about the star’s pregnancy, she took to Instagram on March 1 to shut down rumors. “Why is it OK to speculate and pass judgement about fertility and conception? My pregnancy was 100 percent planned, and I tried very hard for my bb. but I would be happy even if it were another way,” she concluded.