Gucci is 100 years old. It’s a lot of fashion history to wrap your head around, especially if you’re the creative director of the storied Italian brand, but Alessandro Michele did not sleep on it, releasing a collection in honor of that milestone today that elicited a resounding smile (and some shoulder shrugs to the beat of “Gucci Gang”) this morning. Celebrating a century “means being able to open the locks of history and linger over the edge of the beginning. It means soaking in that natal source to relive the dawn and the coming into view,” Michele said in a statement.

“Gucci’s long history can’t be contained within a single inaugural act. As any other existence, its destiny is marked by a long series of “endless births” [in the words of Spanish philosopher Maria Zambrano] and constant regenerations,” he continues. Of course, one of the most impactful moments, or rebirths, in the brand’s long life story is the Tom Ford era, a time marked by overt sex appeal, and when Ford was called, “the most directional designer in Milan.”

“I had a moment where nobody was looking at anything I did,” Ford told NY Mag of the start of his four year tenure at the brand. People certainly started looking when a campaign featuring the Gucci G logo appeared where no one could have expected.

The thing is, while Tom Ford at Gucci has remained in the fashion consciousness since it happened (and pops up again every time a designer like Christopher Esber makes waves with cut out gowns), when we think of delving into the archives, images of the first horsebit loafers in the ’20s and preppy skirt suits from the 1960s tend to come to mind far faster than 1994. 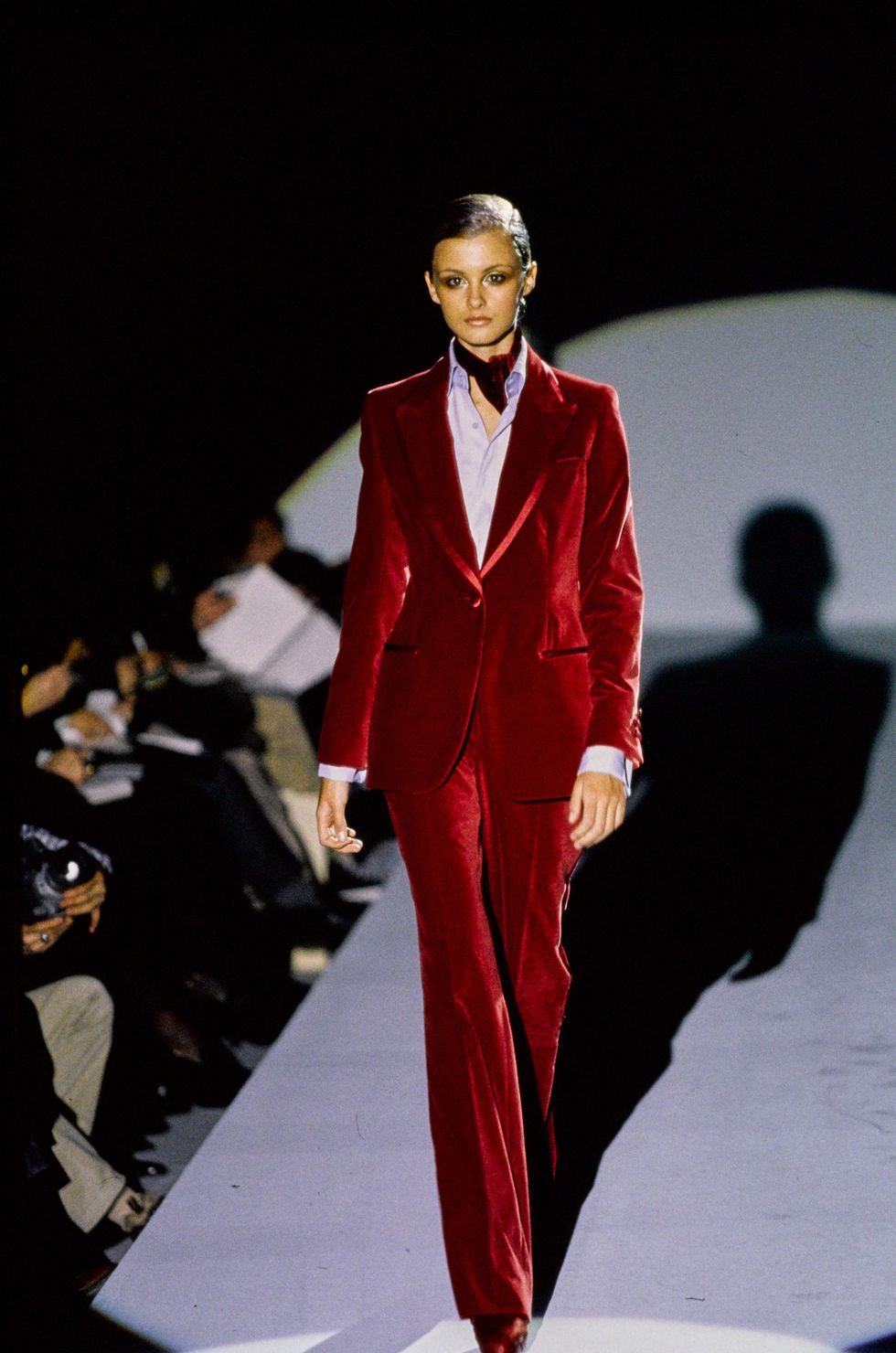 Michele is turning that idea on its head, saying, “Gucci becomes for me a hacking lab, made of incursions and metamorphoses. An alchemical factory of contaminations where everything connects to anything.” One of the most direct “hackings” (outside of swiping a selection of Demna Gvasalia’s Balenciaga designs for today’s Aria collection) is of the iconic red velvet suit Tom Ford designed at Gucci for his 1996 fall collection and that Gwnyeth Paltrow made famous at the MTV Video Music Awards—right down to the contrasting blue button-down styled underneath it.

As the kids say, it continues to live in our heads, rent free. And maybe now we can stop looking on eBay and get it into our closets. “I have plundered the nonconformist rigour of Demna Gvasalia and the sexual tension of Tom Ford,” Michele says.” Plunder away sir, we’ll get our debit cards ready.

Who is Cariol Horne and why was she fired?