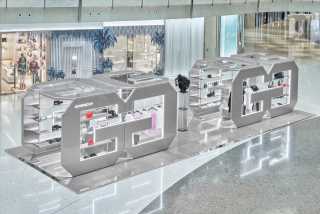 Living up to a name that coincidentally echoes widely used cell-phone technology, Givenchy’s new 4G bag is sending out signals around the world.

Two gleaming steel huts composed of outsized Gs folded into cubes recently landed at the IFC mall in Shanghai, to be followed by other pop-ups at Centria mall in Riyadh and the Isetan department store in Tokyo in the coming months.

A fast-paced campaign video featuring Meadow Walker and He Cong debuts online today, just ahead of the 4G’s arrival in stores on May 1.

South Korean girl group Aespa, already fans of Givenchy, are among celebrity ambassadors conscripted for activations. Others include Ouyang Nana and Fan Chengcheng.

In short, Givenchy is putting major marketing muscle behind the sleek, chain-handled style, which debuted in December as part of the pre-fall 2021 collection by creative director Matthew Williams, who has brought a fierce, hard-edged chic to the couture house since arriving last June.

The 2021 Oscars: See All the Red Carpet Fashion Looks

Givenchy’s 4G bag is a classic, rectangular style that has been modernized with sharper architectural lines and a prominent logo clasp. It comes in a range of leathers, either smooth, crinkled or embossed with the 4G logo, and in chain or flap versions. The length of the chain on the former, in silver or gold, is adjustable, while the flap bag’s strap can be removed or adjusted. Both can be worn in a number of ways — as a clutch, shoulder bag or hands-free slung across the body.

Retail prices range from 1,290 euros for a small, crossbody flap version to 1,690 euros for a medium-sized chain bag. A python version runs up to 3,190 euros.

Williams said he discovered the 4G emblem during a trawl through the archives, spotting it as a repeating pattern on a carpet in a boutique. The links in the chain handle are also subtly G-shaped — among a range of signature hardware that Williams designed when he first arrived at Givenchy, applying skills learned at his 1017 Alyx RSM brand, famous for its roller-coaster buckle. 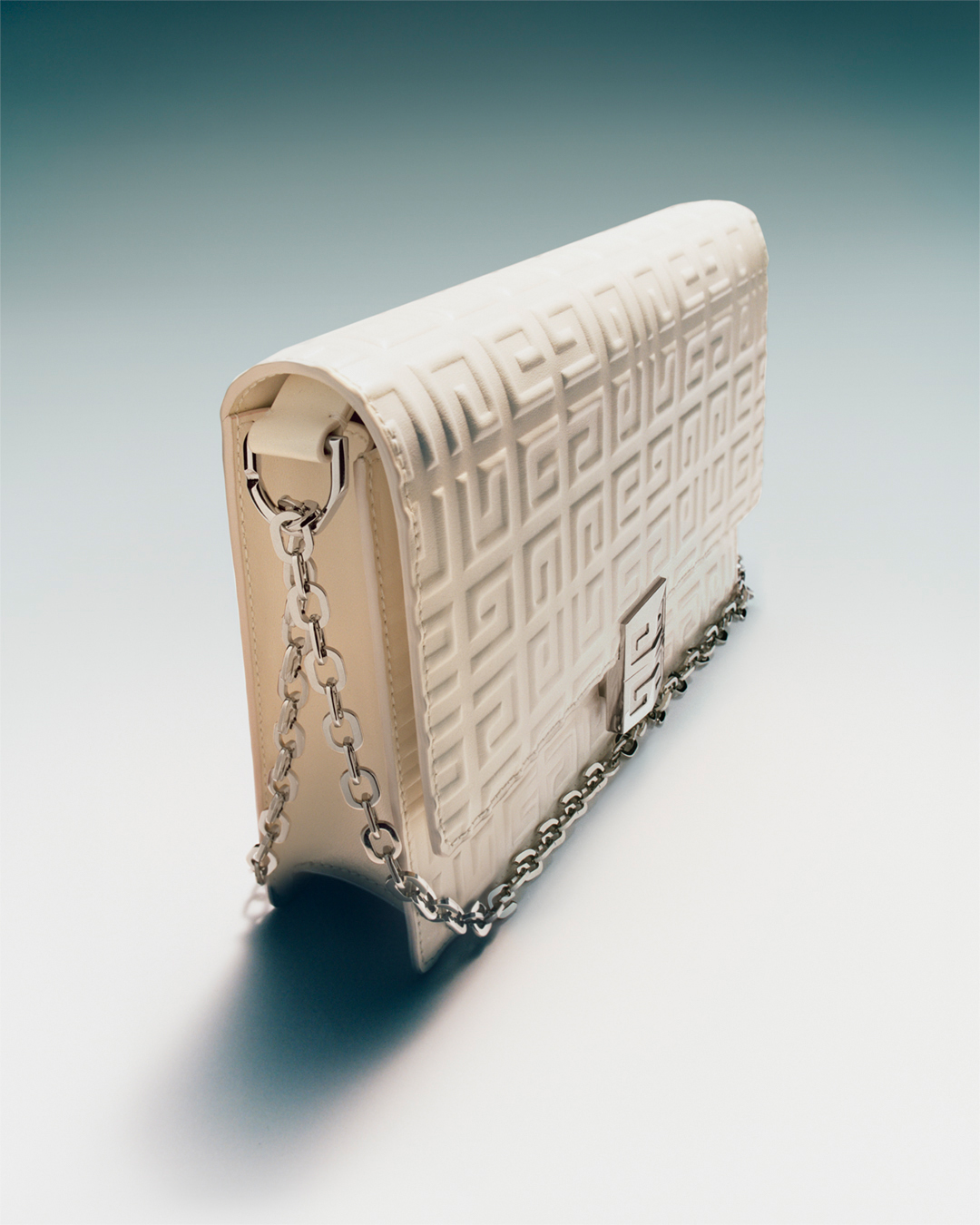 Givenchy’s 4G logo is embossed on the leather.

The one-minute campaign video shows multiple copies of Walker and Cong, and is edited to look like it was done via a seamless, single take. Williams worked with director Simon Schmitt to achieve the intricate camerawork and Surkin for the techno drone that drives the action.

“I just had seen too many choppy videos and commercials and I wanted to explore one-shot more,” Williams told WWD. “We had that in our [fall] show film with that amazing opening one shot and I’m kind of into exploring that lately.”

Walker, the 22-year-old daughter of late “Fast & Furious” actor Paul Walker, is a friend of Williams’ and she embodies “the energy of a woman that I’m inspired by,” the designer said. “I just really connected with her and loved her energy as a person and wanted her to be a part of the campaign. I love her style and attitude and I think she’s a great ambassador for the brand.” 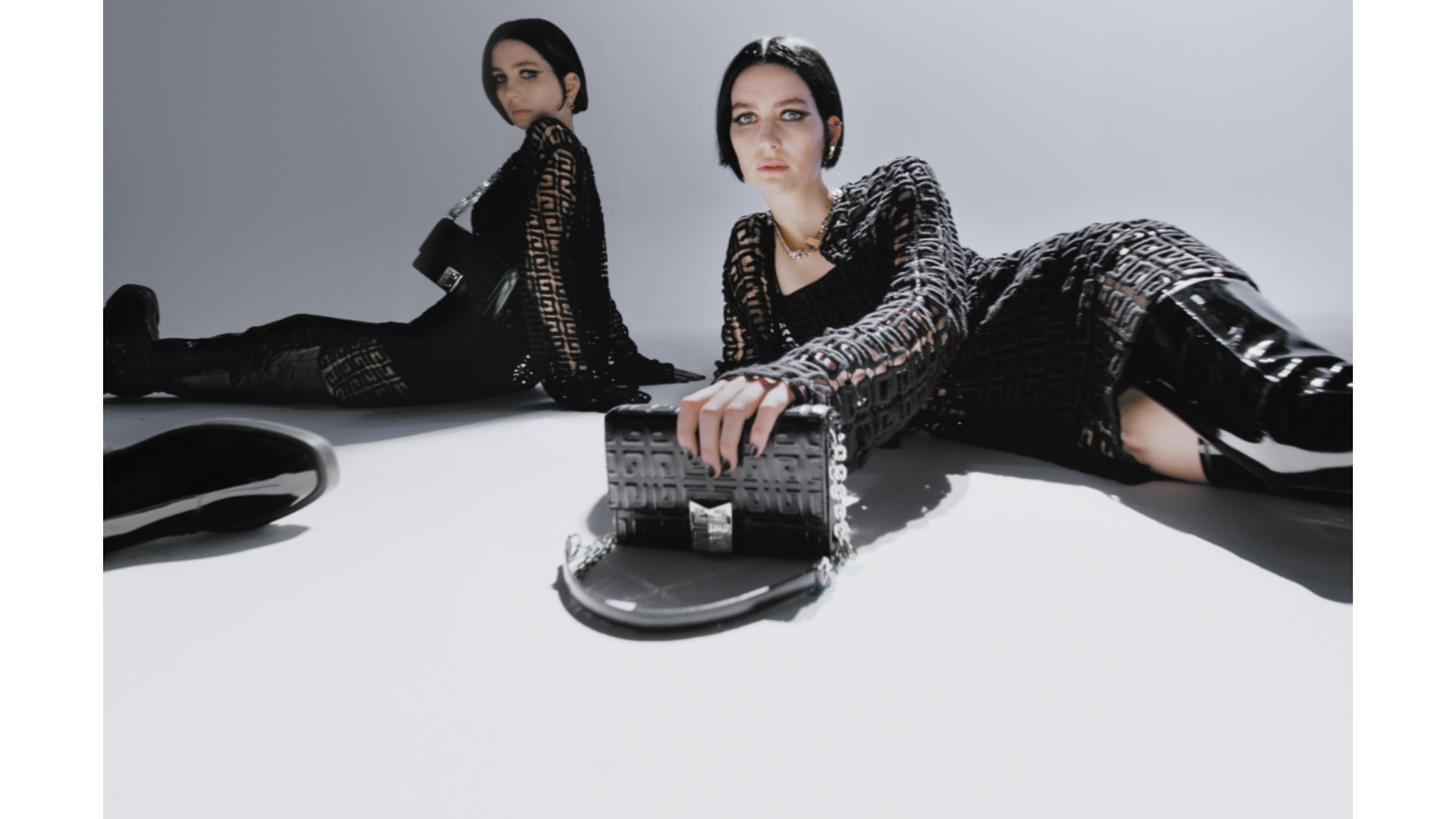 Model Meadow Walker in a still from Givenchy’s video campaign for the 4G bag.

In an exclusive interview, Williams talked about his approach to the linchpin leather goods category:

WWD: When designing Givenchy bags, what are your guiding principles?

Matthew Williams: When I’m creating a show, I like a mix of bags that maybe are more traditional, and then bags that can complement the silhouette of the ready-to-wear, or be like extensions of the silhouette. What’s inspiring now, too, is playing with materiality. There are so many possibilities, how you can fabricate materials and also construct bags that can really subvert a traditional handbag. Being at a place like Givenchy, with all its know-how, savoir-faire and craftsmanship, that potential to unlock new languages is really amazing to have at my fingertips.

WWD: Can you give an example of an unexpected material?

M.W.: In the last collection, we made these bags out of bandanas — not that that hasn’t been done before. Also the way the monogram is embossed into the new 4G bag. That’s a modern technique of treating leather.

WWD: Hardware is a specialty of yours. Should we expect that to be a defining feature of handbags during your reign at Givenchy?

M.W.: Definitely. I love hardware and playing with finishes and shapes. Even just the satisfaction of opening and closing the 4G emblem clasp. It has this magnet that kind of finds itself when you open and close it. That’s something we really spent a lot of time kind of obsessing over. Also the feeling of the chain in your hands. I think those little details and unseen features really set one bag apart from another. And we are trying to make these products super timeless and something that can live in the collection for many years.

WWD: We seem to be in a period of logos, monograms and obvious brand signifiers. How do you approach this?

M.W.: I think that the Gs in the chain links are quite subtle: If you didn’t know they were there, you wouldn’t be able to see them. And if you look, throughout my collection, there are squares cut into a lot of the patterns, and appearing as Velcro and trim. So it’s like branding through design and pattern cutting. But as far as logos and monograms go, I think with a luxury house with the heritage that Givenchy has, that’s really natural to have that kind of branding carry through the collection. That’s what other large maisons have as well. I mean, that’s one thing you can’t buy — history.