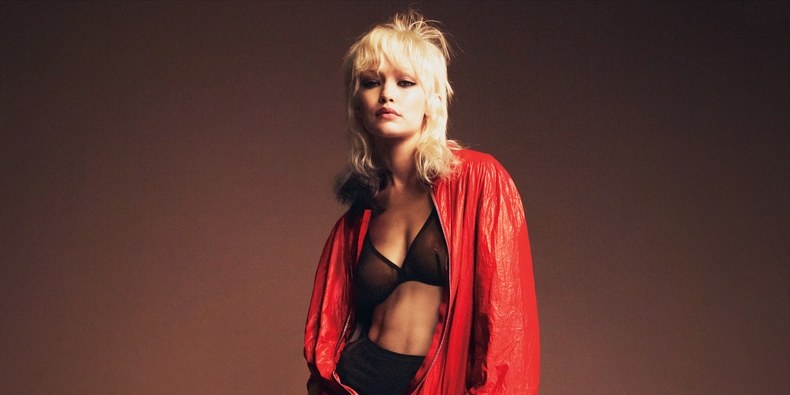 Gigi Hadid has a lot on her plate, but she maintains a remarkably calm disposition throughout her busy schedule, even while also learning to handle her and her family members' various health issues. In her first cover interview with Elle, for the magazine's March 2019 edition, the supermodel spoke candidly about these health issues and about being one of the only Hadids not to share the exact same experience with chronic Lyme disease.

"Growing up, having three of my family members sick made me very independent," Hadid, whose mother, Yolanda, sister Bella, and brother, [Anwar],(https://www.wmagazine.com/topic/anwar-hadid) all have Lyme disease. "My mom couldn't drive or get out of bed some days, so I took my brother to school with me, or I made lunch." Yolanda, especially, has been very public about her chronic Lyme disease. The affliction (and its validity) remains a mystery for many, but the reported symptoms of it do include fatigue, joint pain, speech problems, and restless sleep.

As the only Hadid (aside from her father, Mohammed) who has not been diagnosed with the ailment, the supermodel told Elle that it's been difficult to watch the rest of her family experience something she hasn't. "I also felt a lot of guilt for being the one person in the family who didn't understand what they were going through. It's hard when your whole family is in pain and you don't know what to do," she admitted.

Hadid has had ups and downs with her own health too. After moving to New York to be a supermodel, she was diagnosed with Hashimoto’s disease, which she describes as a chronic disease in which "you have an underactive thyroid." Her experience with Hashimoto's disease goes back years before she moved to New York to model. "Most people get Hashimoto’s when they are middle-aged. I got it very early," Hadid told Elle. "In high school, I had a lot of water retention. Even after extra workouts, I had bloat that wouldn’t go away. And I was always tired. That was tough."

Today, Hadid expends a lot of energy toward managing her Hashimoto's and opened up about the various treatments she's tried in recent years. "As a 17- and 18-year-old, I was prescribed a medication that many people start taking when they are 50, and it can lead to bad things if you take it for too long," she said. Now, however, she's moved on to "holistic" ways of treating herself, with help from her mother's own research into alternative treatments. "Also, in California, I went to see a doctor for CBD treatments," she said. "You can make a life for yourself in ways that won't hurt your body."

Related: Gigi Hadid Bleached Her Eyebrows for the Sake of Prada