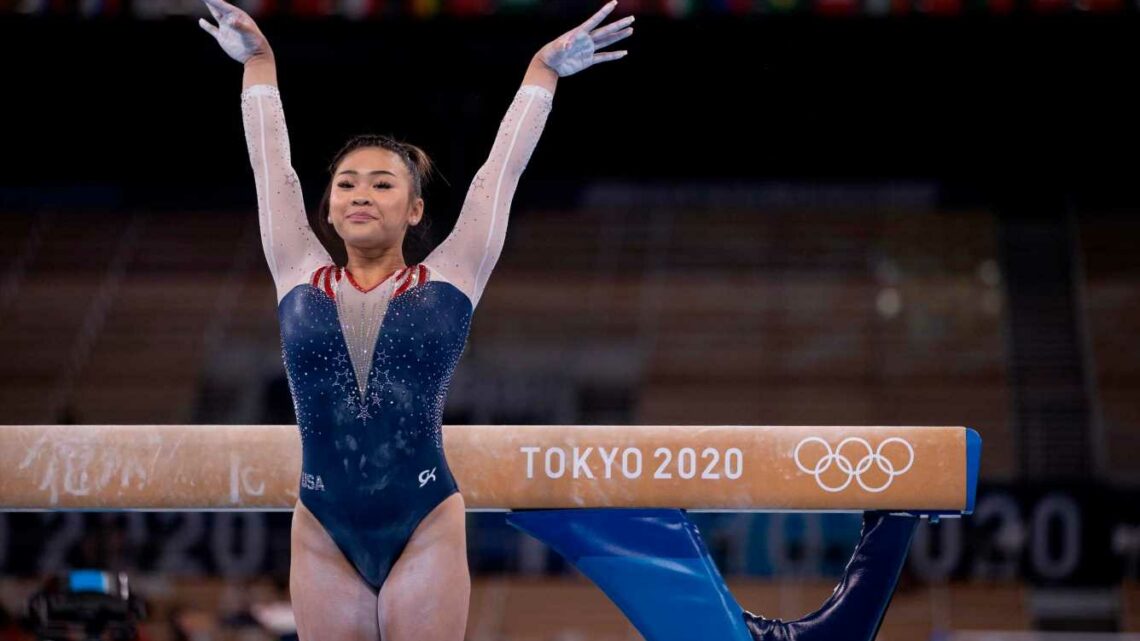 Everything to Know About Gymnastics All-around Gold Medalist Sunisa Lee

The U.S.’ Sunisa Lee is an Olympic gold medal winner.

On Thursday, Lee finished with a total score of 57.433 in the individual all-around, placing her above her opponents to earn the gold. Following behind her was Brazil’s Rebeca Andrade and Russian Olympic Committee’s Angelina Melnikova, who earned the silver and bronze medals, respectively.

The 18-year-old is the fifth consecutive American to win the all-around title, following Carly Patterson in 2004, Nastia Liukin in 2008, Gabby Douglas in 2012 and Simone Biles in 2016. Though Biles returned for her second Olympics this year to defend her titles from Rio 2016, she cheered her teammate on from the stands this time around after withdrawing from both the team and individual all-around events due to mental health.

Andrade took part in the event as an individual competitor, since her team failed to qualify after four consecutive Olympic appearances. She made history on Thursday as her silver medal is the first Olympic medal won by a female Brazilian artistic gymnast.

Her best score came from the uneven bars, which is an apparatus that she consistently scores high on, receiving a 15.300 — the best of all the individual gymnasts in the event. Though there was concern that she may fall short on the floor exercise, which is not her strongest, Lee pulled through and scored a 13.700 to put her ahead of Andrade, who at one point looked like she was going to win the top spot until she stepped out of bounds twice during her floor routine.

Joining her in the event was 21-year-old Jade Carey, taking Biles’ spot after she withdrew, who finished in eighth place.

Lee’s performance on the uneven bars on Tuesday helped Team USA earn the second place spot in the team event, scoring 15.400, the highest mark in any event of the competition so far. She aims to medal again in the individual events scheduled for next week.

Hailing from St. Paul, Minn., where a rather large Hmong community resides after many of them came to resettle after the Vietnam War, Lee grew up in a big family. As a young girl, she practiced on a wooden balance beam her father built for her.

Lee had to overcome large obstacles to get to where she is today. In 2019, her father John Lee fell off a ladder while trimming a tree and was left paralyzed from the waist down just days before she had to compete in the national championships. Additionally, like many other athletes, it was difficult for her to practice in the gym she had been going to since she was six years old since it closed down due to COVID-19. During that time, she also suffered from a broken foot and the loss of her aunt and uncle due to the virus.

However, Lee remained resilient and determined. In the Olympic qualifying rounds, she consistently placed second behind Biles in most of the events, even scoring higher in the all-around on the second day. It was the third time in Biles’ senior career that someone else received a higher one-day all-around score.

This fall, Lee will attend Auburn University and will be trained by their gymnastics coach Jeff Graba.

17 Athletes to Watch at the 2020 Tokyo Olympics

Unbeaten Hockeyroos march on after gritty win over New Zealand

Tokyo 2020 rugby sevens fixtures and results: How long do matches last and who are Team GB women playing in Tokyo?
World News