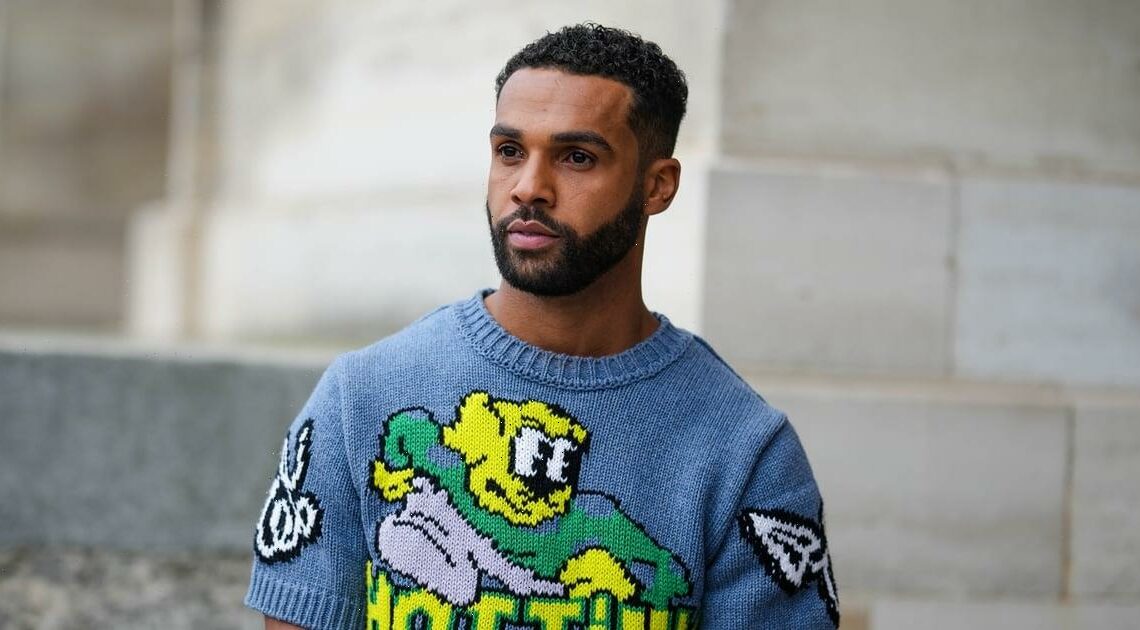 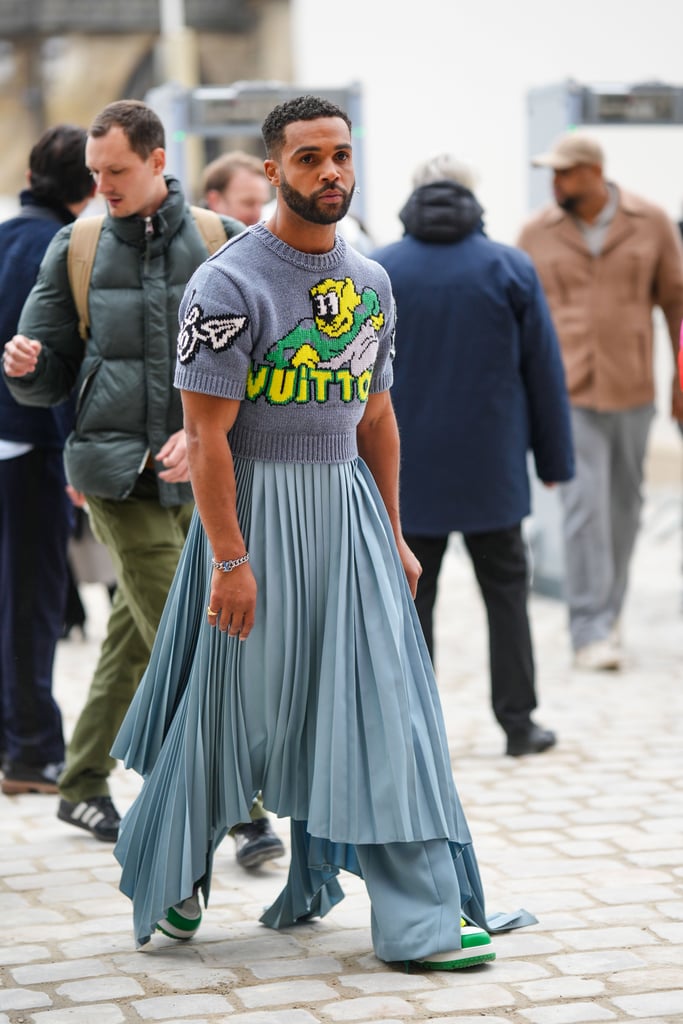 Every street’s a runway in Paris, and no one knows this better than Lucien Laviscount. The “Emily in Paris” star is known for his dapper wardrobe playing Alfie in the hit Netflix show, but the actor is now proving his style prowess off screen. On Thursday, Jan. 19, he made a stylish appearance at the Louis Vuitton Fall 2023 menswear show at Paris Fashion Week.

Styled by Danyul Brown, Laviscount arrived at the show wearing a look straight from Louis Vuitton’s Spring runway. He teamed the sky blue short-sleeved sweater, complete with cartoon logo, with a blue pleated skirt with asymmetric hem worn over zip fronted wide-leg trousers in the same fabric and color. He added green trainers, chain bracelet, and a single drop earring, as Laviscount leaned into the gender-inclusive ensembles taking over the menswear shows of late.

It wasn’t just his attire that caught attention, though. The British star, who TikTok fans recently discovered dated Kerry Katona, arrived in style, standing on top of a car. We have a feeling this is the kind of stunt that would make Emily Cooper proud. Giving Sylvie a run for her money in the style stakes, Laviscount looked every inch the fashion icon as he commanded attention outside the fashion show. Although, he wasn’t the only cast member to make headlines this week. It’s been something of an “Emily in Paris” takeover ahead of season 4 as Lucas Bravo, who plays chef Gabriel in the TV show, walked Louis-Gabriel Nouchi’s runway during the week, too.

Laviscount joins high-fashion ranks with his pleated skirt look, as Brad Pitt also rocked a linen skirt to the “Bullet Train” premiere in Berlin in July. Read ahead to all angles of Laviscount’s Louis Vuitton ensemble.