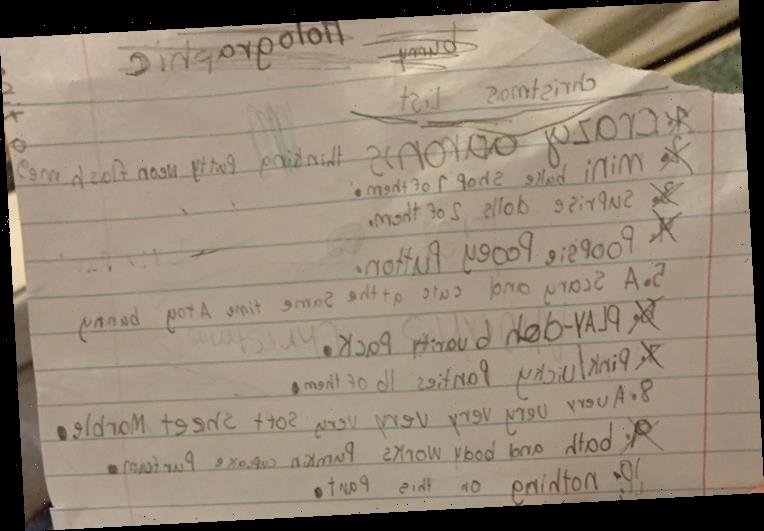 With Christmas around the corner kids are busily writing their wish lists for Santa, and one woman found her niece’s so bonkers she shared it on Twitter. 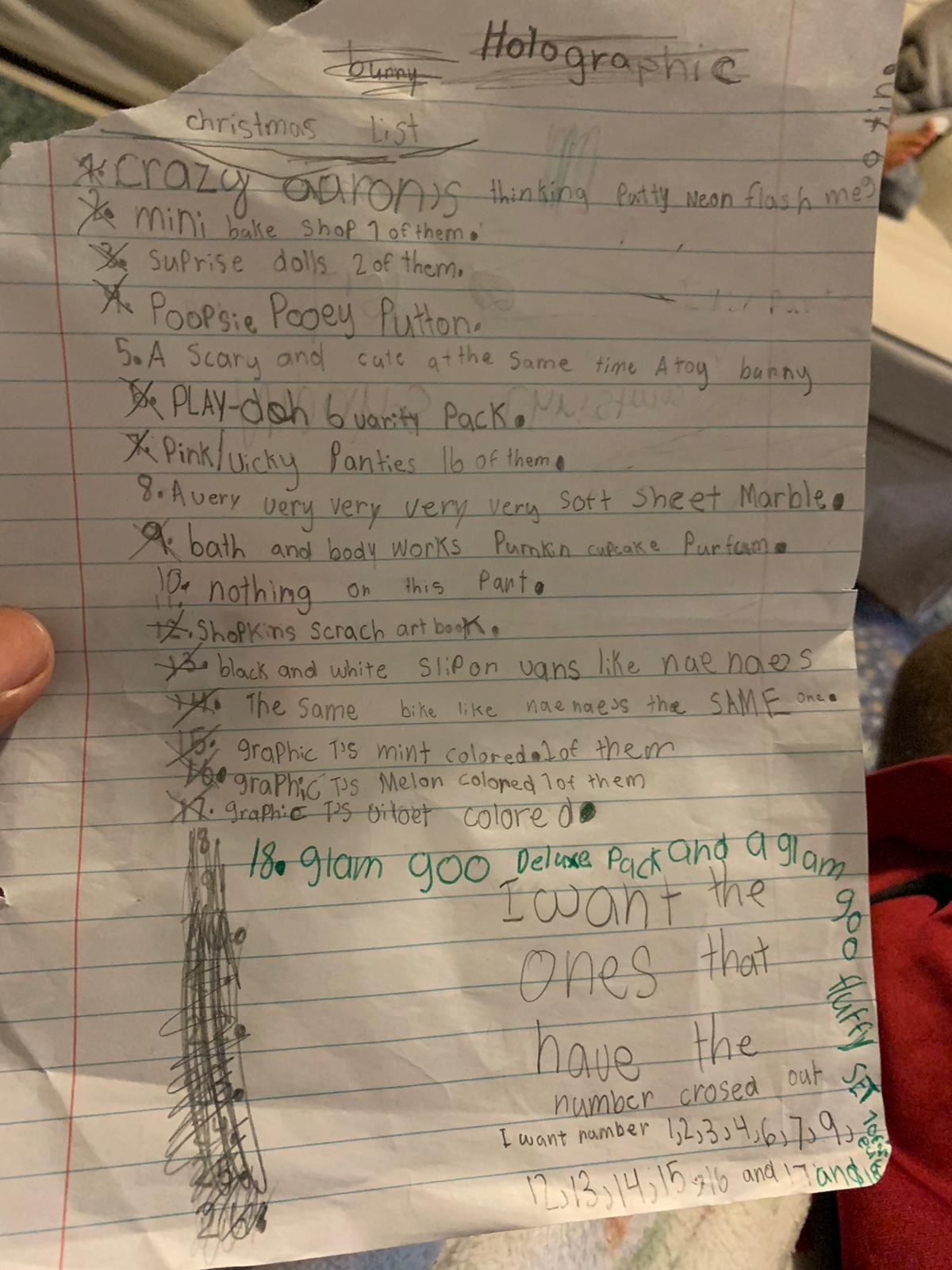 The youngster has written down a whopping 18 presents that she wants – although she wrote numbers up to 26, suggesting she had an even bigger haul in mind.

As well as quantity, the little girl is all about quality, demands some expensive gifts such as a bike, with another present costing £50 alone.

The aunt shared a snap of the list, written in both pen and pencil on a scrap bit of paper, saying: “My 8 y/o niece’s Xmas List.”

The stand-out items include a Popsie Pooey Puitton bag, which costs £49.99, a Glam Goo Deluxe pack and a mini Bake Shop, which both cost £11.99. 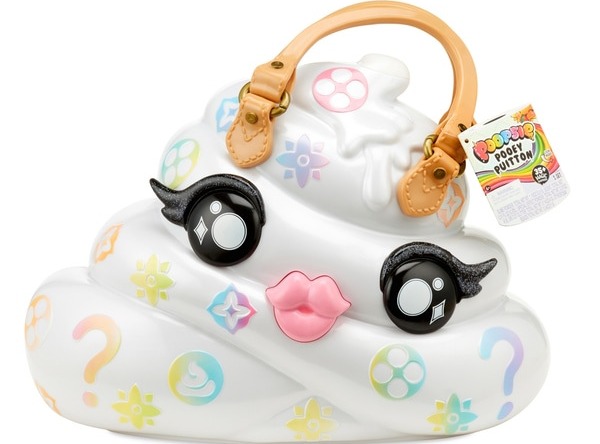 But she also included some practical items – including 16 pairs of pink pants. 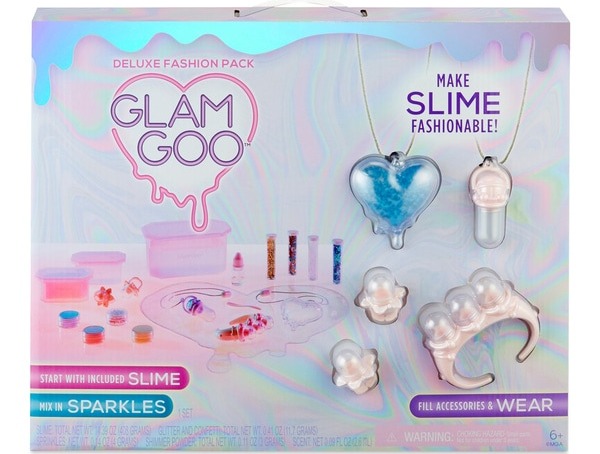 And she also appears to be jealous of pal Nae Nae, as the girl demanded the exact ‘same bike’, and the same pair of ‘black and white slip-on Vans’.

While the list may exhaustive, her family may have gotten of lightly as the girl had written 'bunny' at the top of the list – then crossed it out.

While this 10-year-old’s Christmas list goes viral after she demands an iPhone 11, a Chanel purse, Gucci sliders and £3k in cash.

And a bloke sparks MAJOR debate after auditing a tub of Quality Street – and is outraged to find 11 orange creams.

Plus this mum grabs ten Quality Street advent calendars as B&M flogs them for just £1.49.