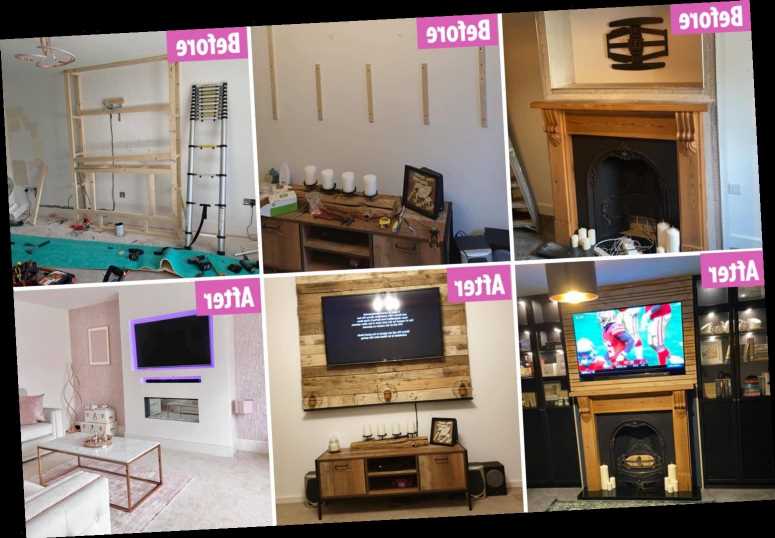 DIY fans are building fake chimney breasts to house their TV – and they say it makes their living rooms seem bigger.

While demolishing defunct chimney breasts is one way to create valuable space, Brits are now building fake ones to add character to their homes. 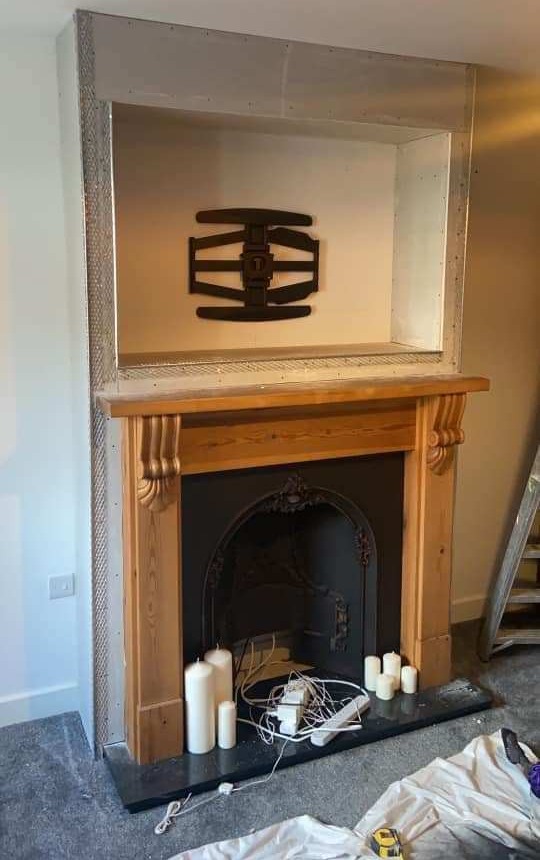 The trend for fake chimneys has a modern twist, as people are using the space to create built-in TV cabinets.

People are sharing their feature walls on social media, with Facebook group DIY On A Budget UK awash with before-and-after snaps of Brits’ living room makeovers.

One couple, Samantha and Larry Gamble, decided to add a chimney breast into their home after living in numerous new builds.

The couple, from Bolton, sourced most of their materials from Wickes, spending roughly £160 on their new feature wall.

Samantha told Fabulous Digital: “We've only ever lived in new builds and although we love that they come ready to live in we've always loved the traditional image of having a garland over the mantelpiece and stockings hung up for Christmas.

“Plus during the rest of the year it's just more atmospheric and cosy with the candles lit.

“We were meant to move in April but due to Covid it was delayed till July so we had plenty of time to plan certain projects out. 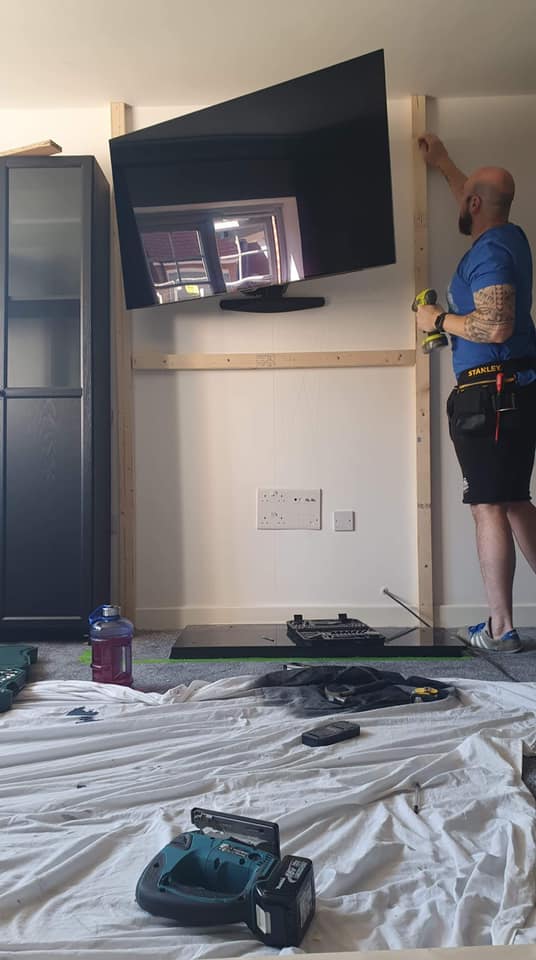 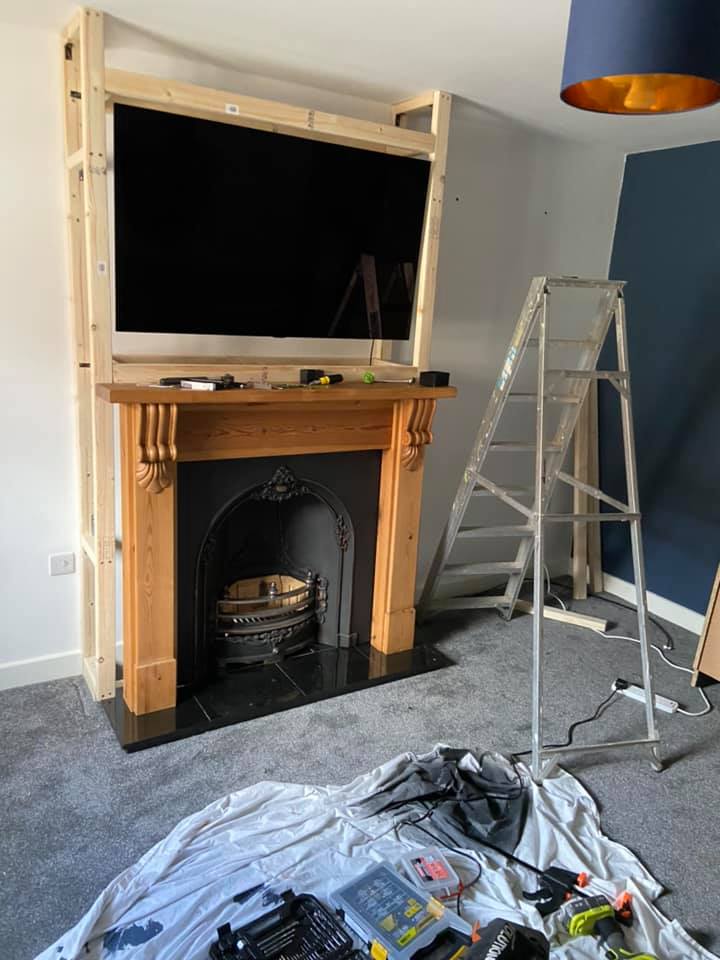 “Weirdly it does make the room look bigger, we only shopped at Wickes, took a few days as it needed two people and we have an almost 2 year old daughter who wanted to help.

“We did the frame in an afternoon, plasterboard and plastered over a weekend and then did another coat of plaster one night after work.

“Sanded that down, painted it a dark blue to match the wall and then the wooden cladding took an afternoon to do too.

“So all in all it was done in just over a week but it could probably have been done in 4 days (allowing for the plaster and paint to dry).”

“This is my first real DIY project and I’m absolutely chuffed with how it’s shaping up. 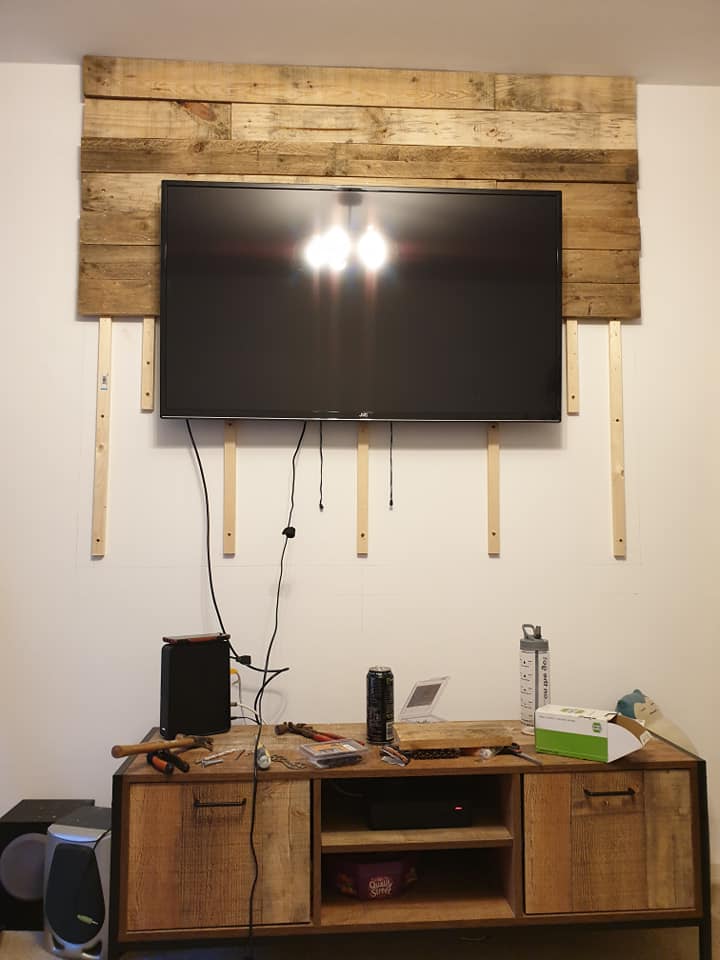 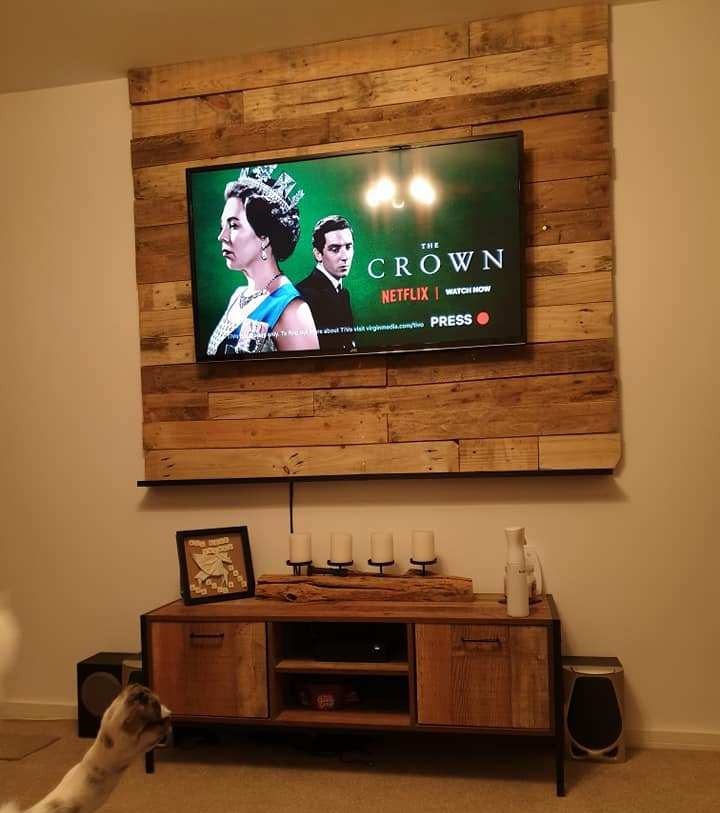 “It was a lot of work and a lot of headaches but I’m really happy with the result.”

Sarah Gibbons also went for a rustic look for her fake chimney breast, sharing snaps of her project every step of the way.

She wrote: “From the first time we put the TV on the wall before Christmas to design idea to finished product.

“We used pallet wood, 2×1 (I think it was) for frame work, 2 black picture shelves. So happy with the result.”

And Gemma Markland roped in her husband to help create the living room of her dreams, which she finished off with strip lighting around the TV.

She also went for a fire feature underneath the telly, with her hubby building a frame and plastering it, before giving it a lick of paint. 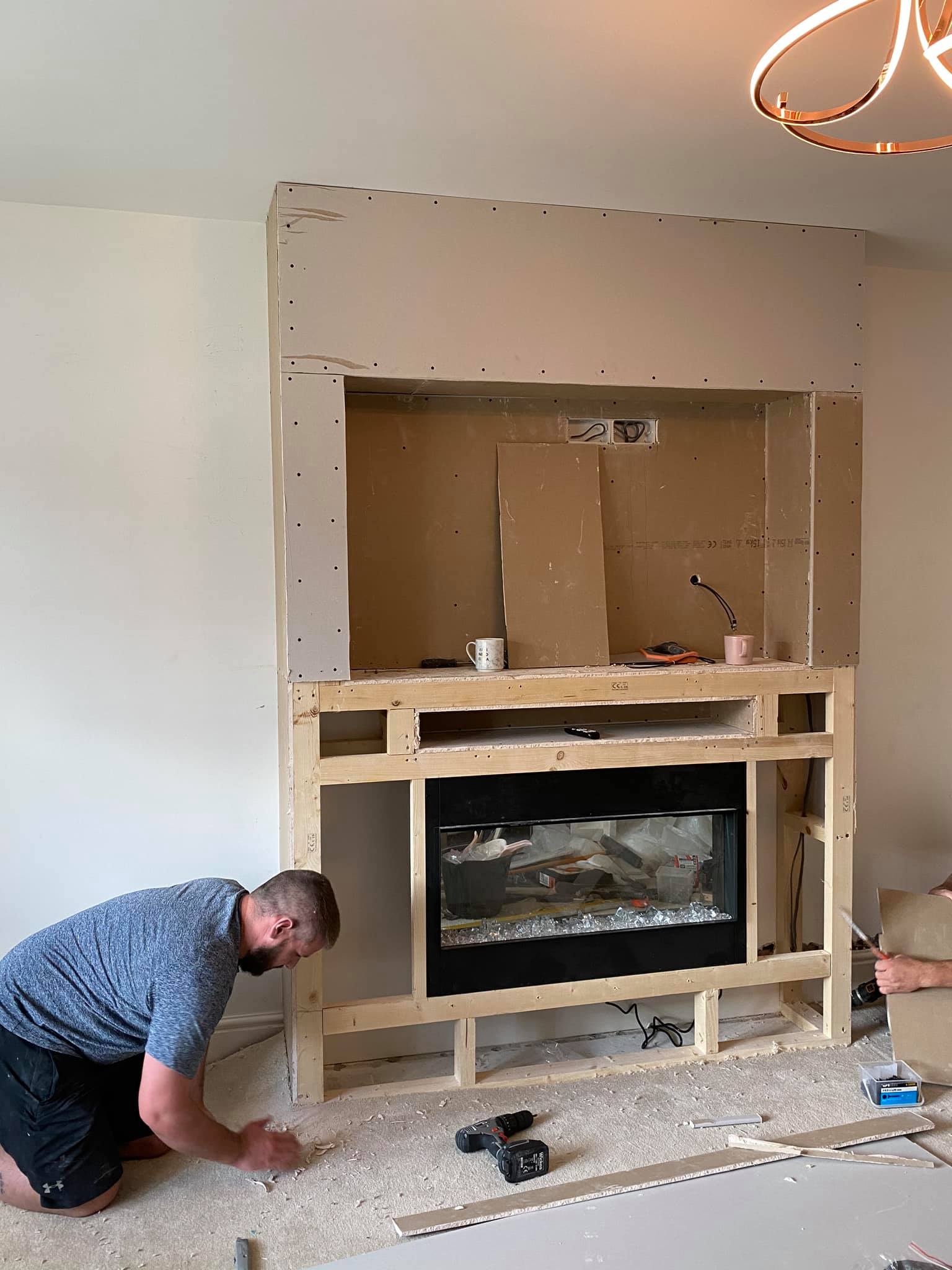 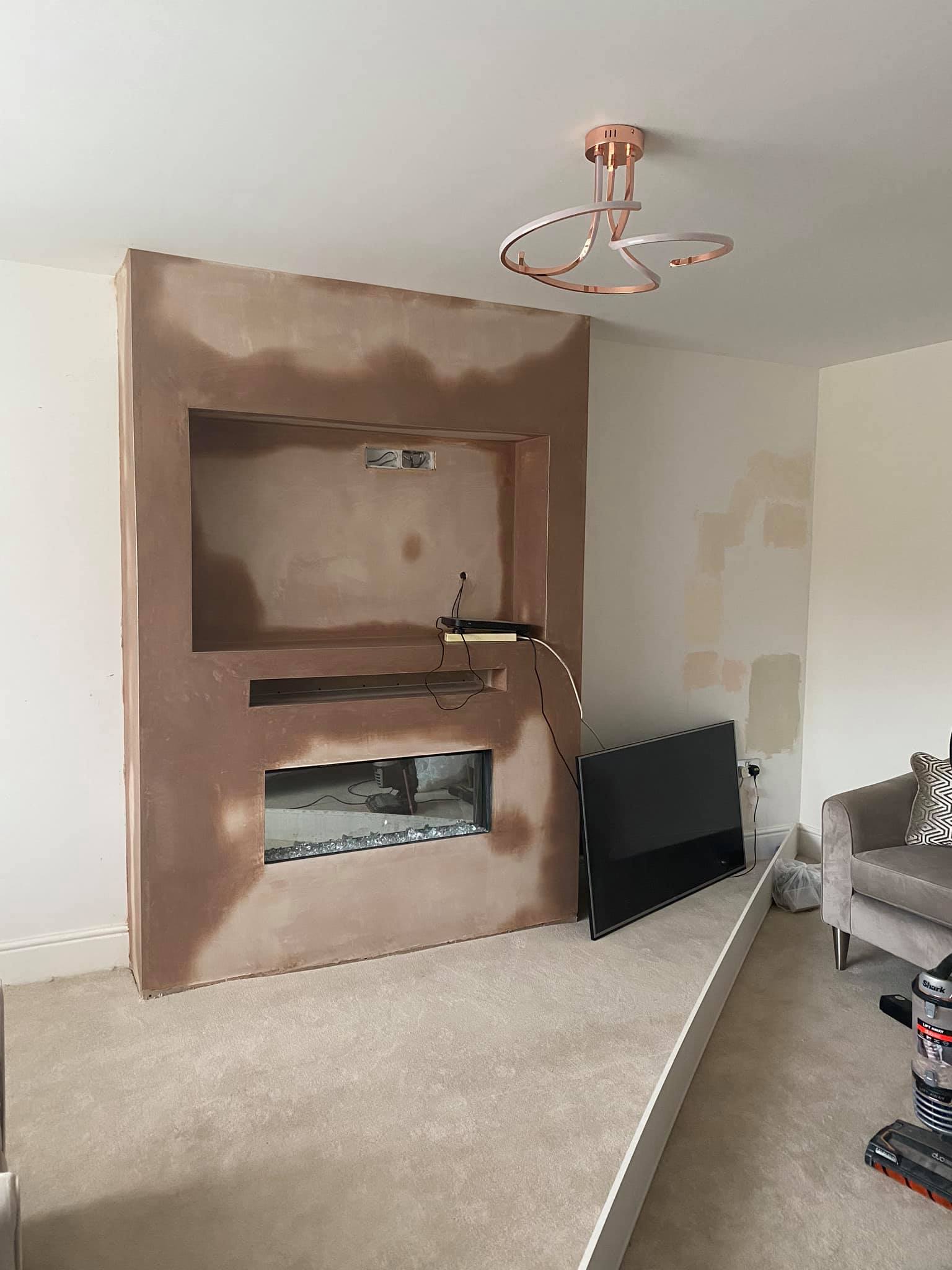 “My husband did this himself and he doesn’t do much DIY! So proud.”

A fellow parent was inspired to create a built-in unit after his toddler used the TV as a climbing frame – and was also surprised at how roomy it made his lounge feel.

Shaun Walch went for a different look and added two boxes on either side as built-in shelves, and studded out the rest of the wall to complete the look.

Sharing his project online, the dad wrote: “So my 1 year old decided to use the tv stand as a climbing frame. didn’t want the TV just on the wall.

“So built this. Surprising how much room we seem to have!” 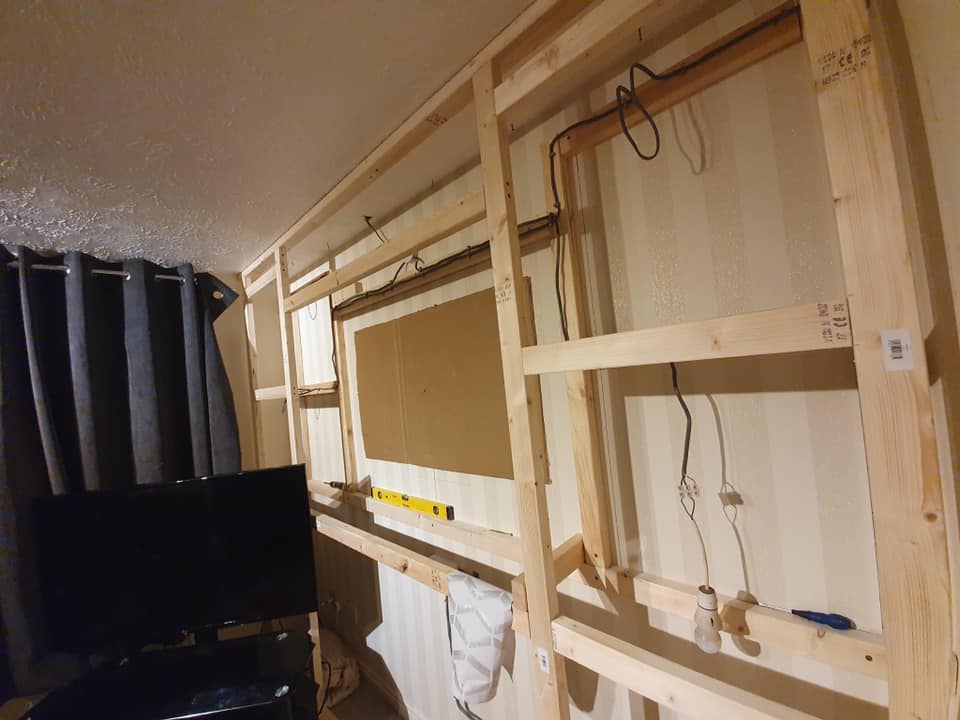 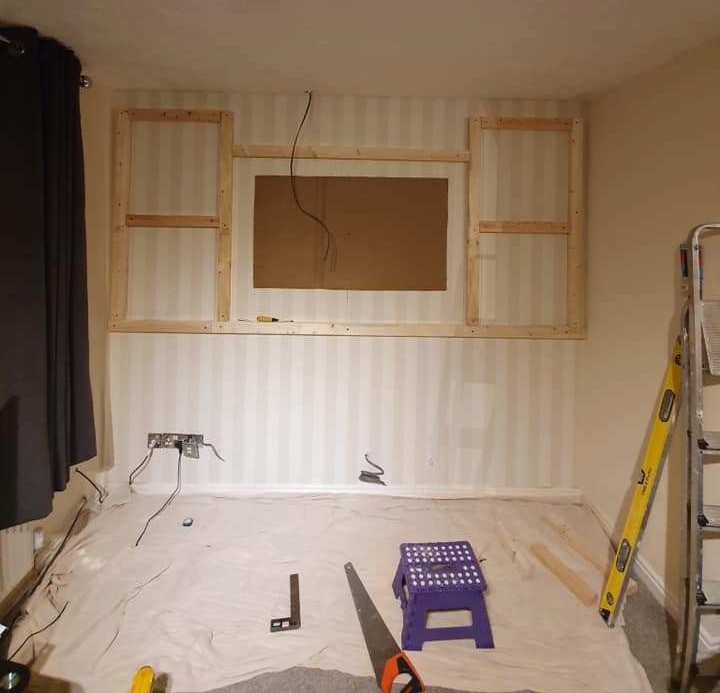 Meanwhile this mum created a ‘dinky’ cupboard bedroom for her daughter, 11, so she can finally have her own room.

Plus a cleaner was speechless after discovering woman has used her entire walk-in WARDROBE as a cat litter tray.