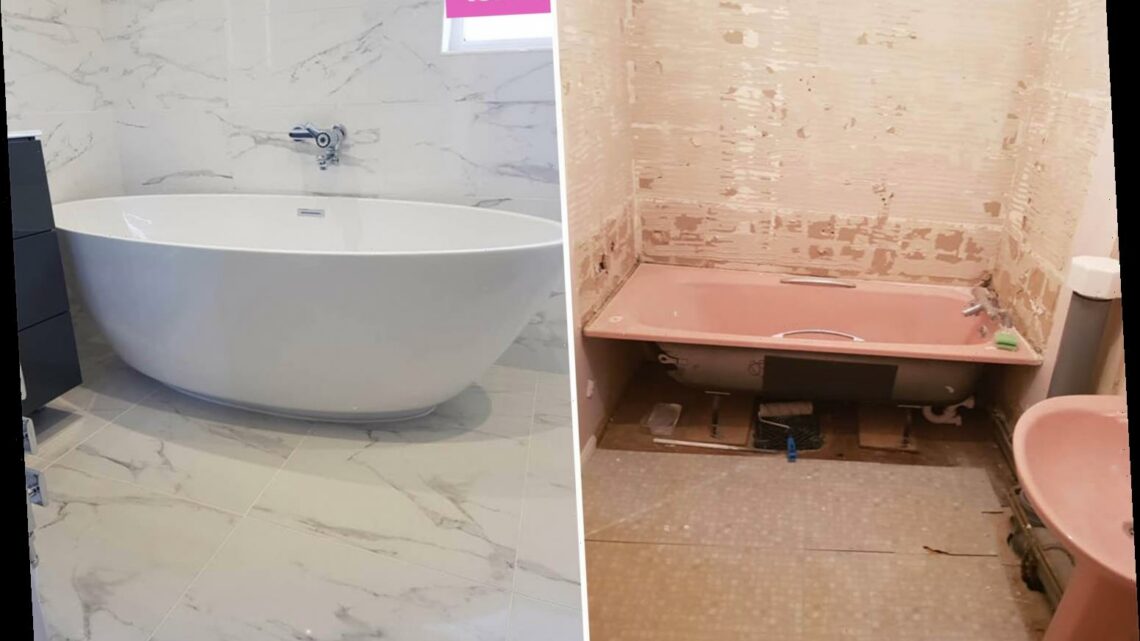 A WOMAN who was quoted thousands to overhaul her bathroom has revealed how she did it herself for a fraction of the price.

Taking to the Facebook group DIY on a Budget UK Adele Collins shared the amazing before and after photos of the space. 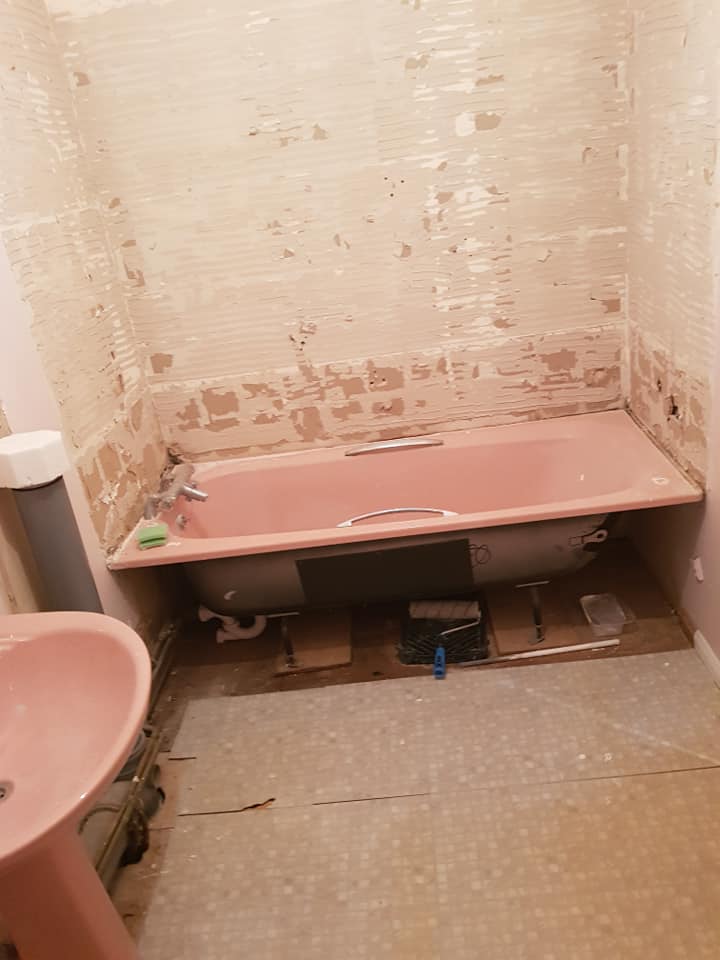 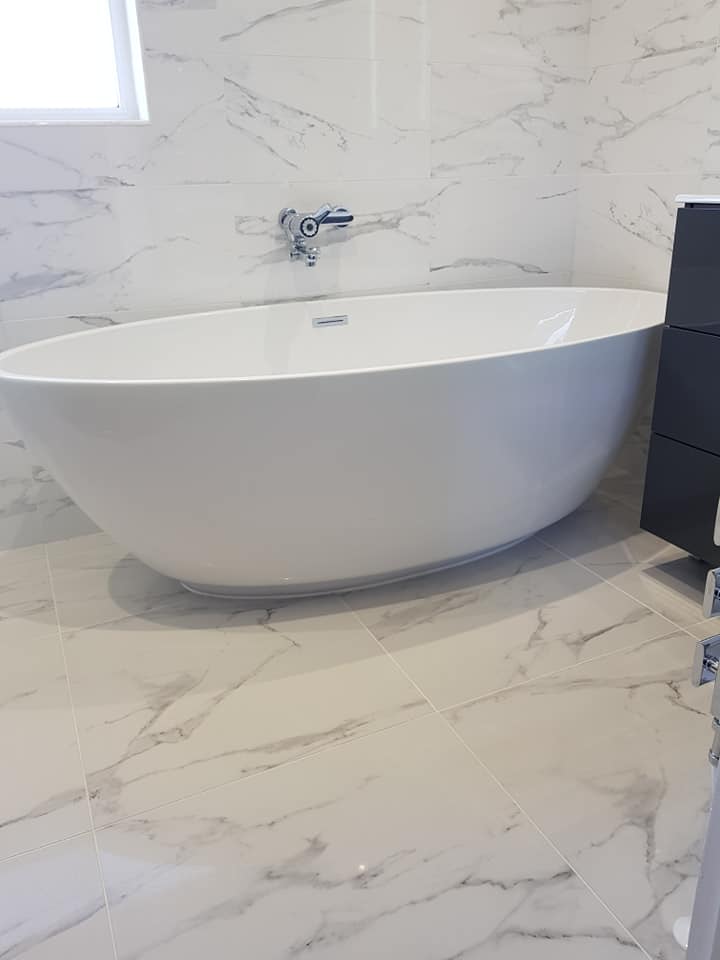 Before the makeover the rundown bathroom was in serious need of some TLC with the dated pink suite crumbling.

But after enlisting the help of her partner, Adele’s bathroom looks like something out of a luxury hotel.

Captioning her snaps: “Goodbye to the old pink suite and hello to my dream bathroom.

“Everything you see in my new bathroom has been sourced by myself and fitted by my partner. 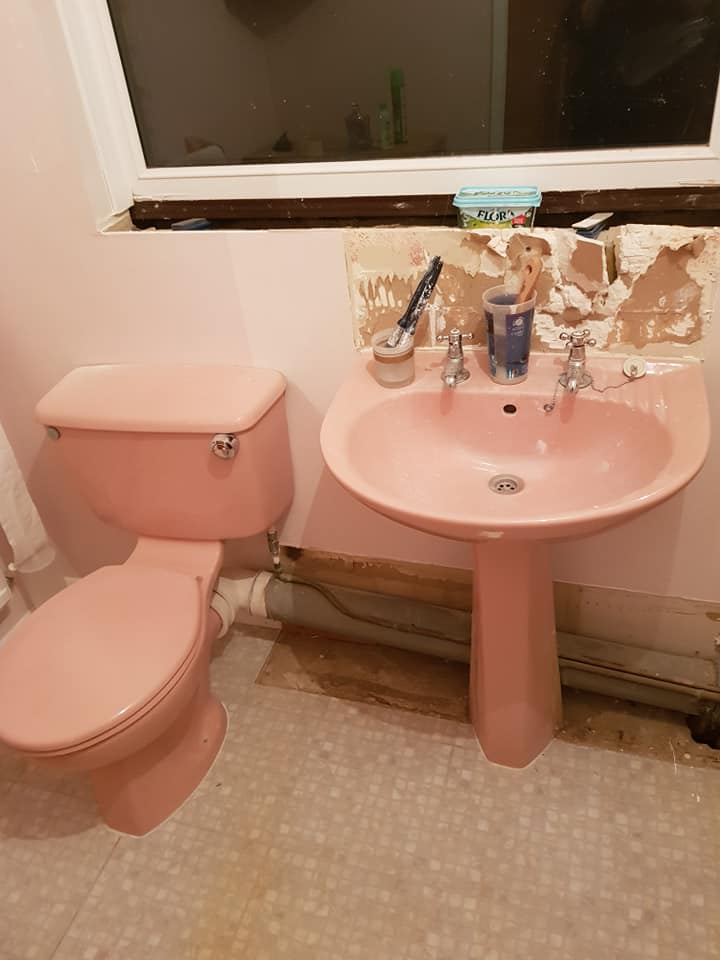 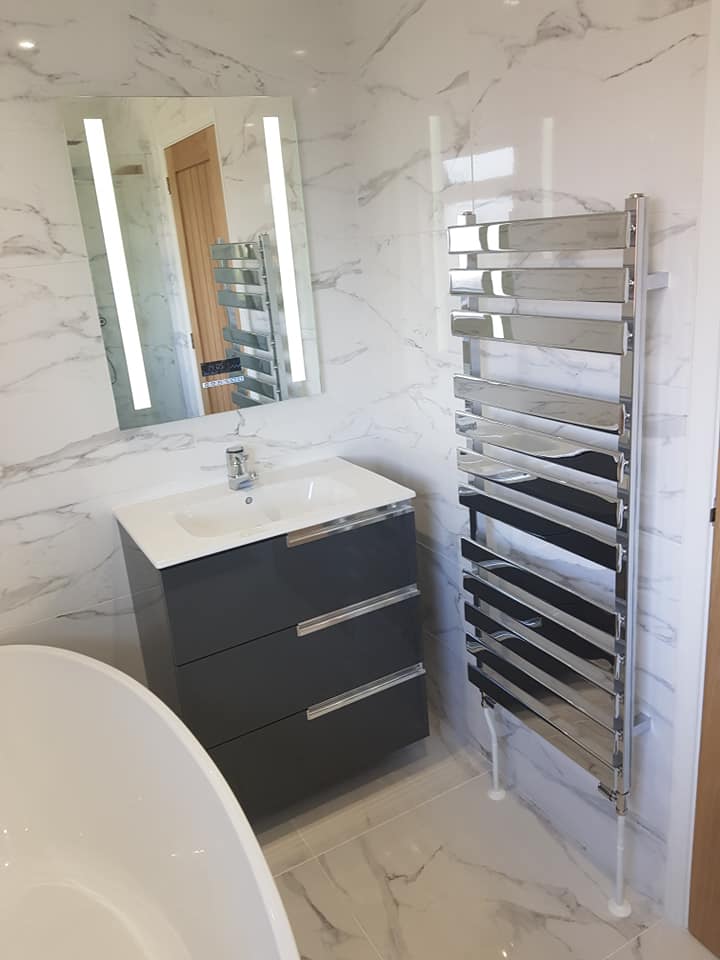 “The bathroom took several months to complete due to the time it took to source the items as cheaply as possible.

“By doing so we have probably saved ourselves over 2/3 of the overall cost you would expect to pay for this bathroom.

“For instance the bath was bought for £190 instead of the rrp of £1200 from a local online selling site. 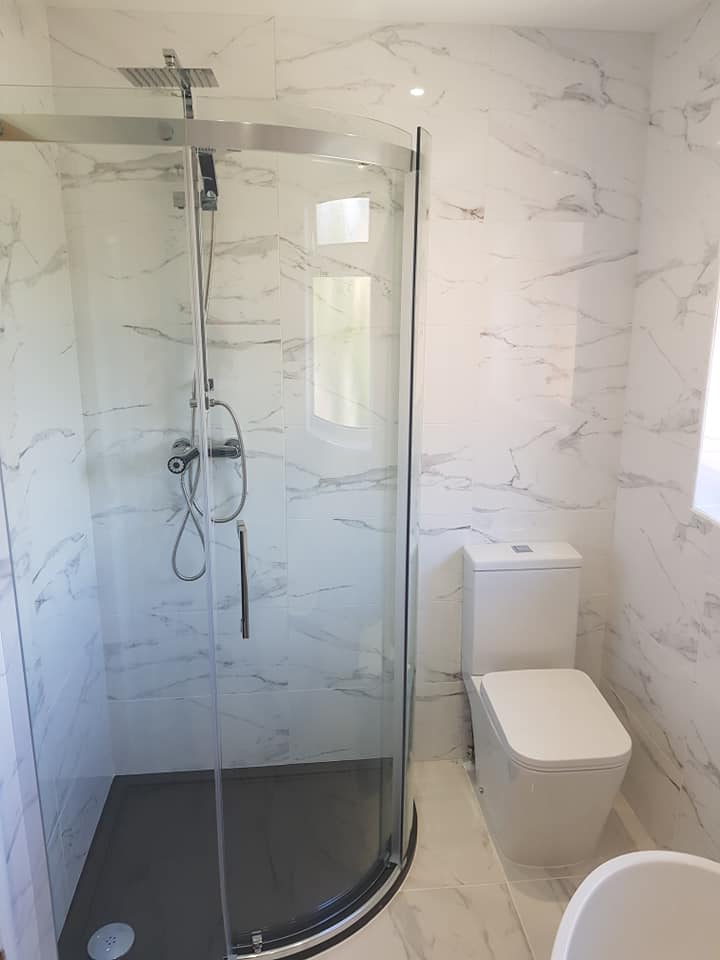 “The Grohe Bath Taps, Sink and Shower valve was bought at a fraction of the price from Ebay and we managed to cut the cost of the tiles and mirror to below half quoted by my original supplier.”

Fellow group members were seriously impressed with the transformation, praising her handiwork in the comments.

One wrote: “Well done, this shows the rewards for thinking carefully and applying effort in the right places!”

“Absolutely gorgeous, want to rip mine out now!!!” added another, while a third wrote, “Wow. That is amazing! You lucky thing!”

In other DIY news, this mum made an incredible mini-bed for her toddler to maximise every inch of space and it only cost a fiver.

And a mum-of-three whose kids shared a ‘tiny’ room gives it a space-boosting makeover thanks to TRIPLE bunk beds.

Plus mum uses Ikea bargains to split her sons’ bedroom in two – and gives it a stunning Mario makeover for cheap too.