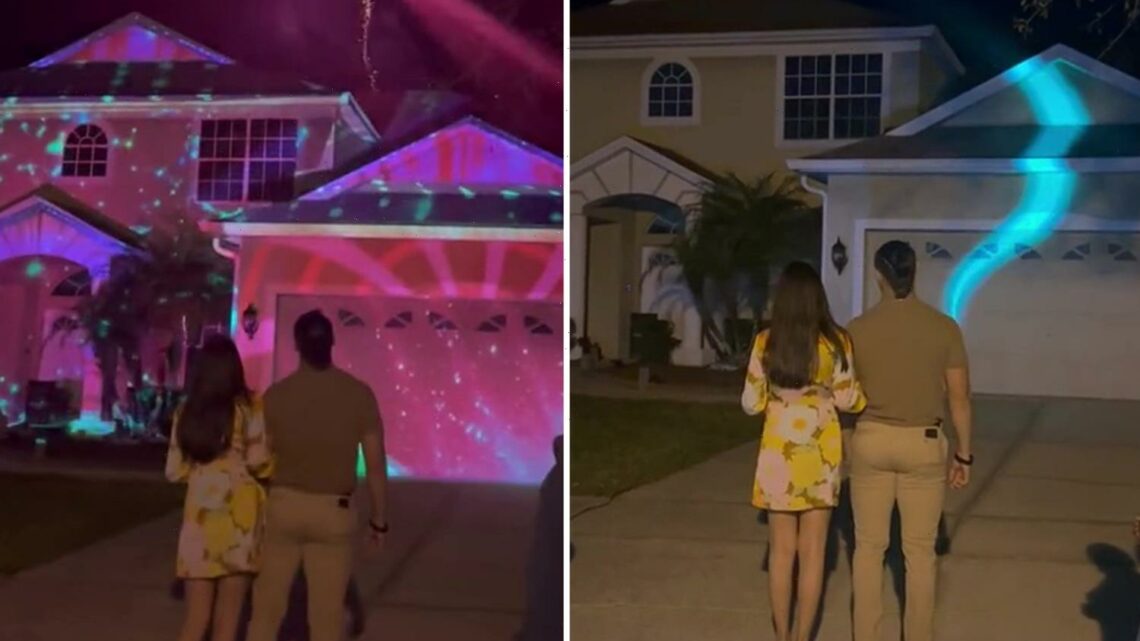 FROM smoke cannons, to balloons, to cakes with coloured centres, people are constantly trying to find new ways to announce the gender of their baby.

So when it came time for Mexican WWE wrestler Angel Garza and his wife, presenter Zaide Lozano, to stage a gender reveal, they decided to go all out to make it the most extra thing ever. 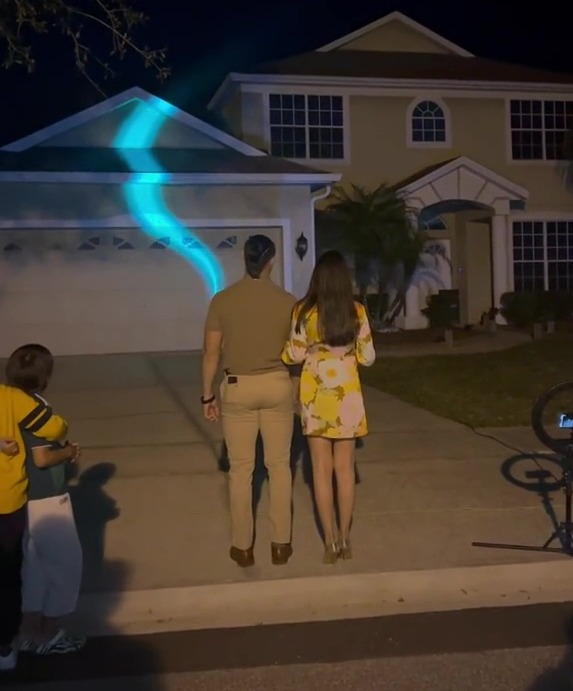 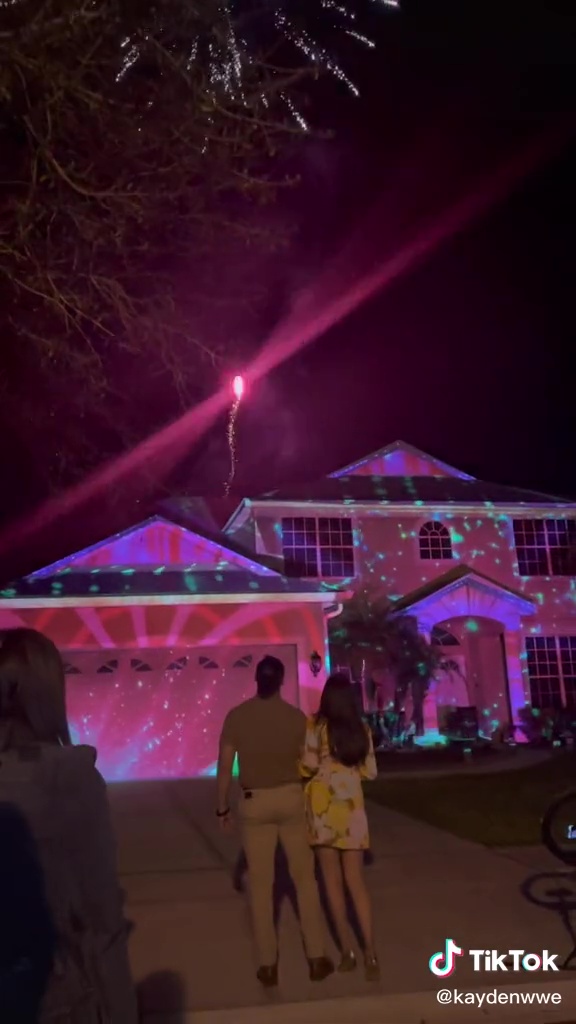 A video of the special moment was shared on TikTok by Garza's fellow WWE star Kayden Carter, who told viewers she thought Zaide was expecting a daughter.

She then turned the camera to the front of what appeared to be Garza and Zaide's house, which was lit up with an array of colourful lights.

A huge crowd could be seen standing outside the property, as they eagerly awaited news of the tot's gender.

The dramatic reveal, which lasted almost two minutes, was started with Harry Potter music, and also included a splash of Disney for dramatic effect. 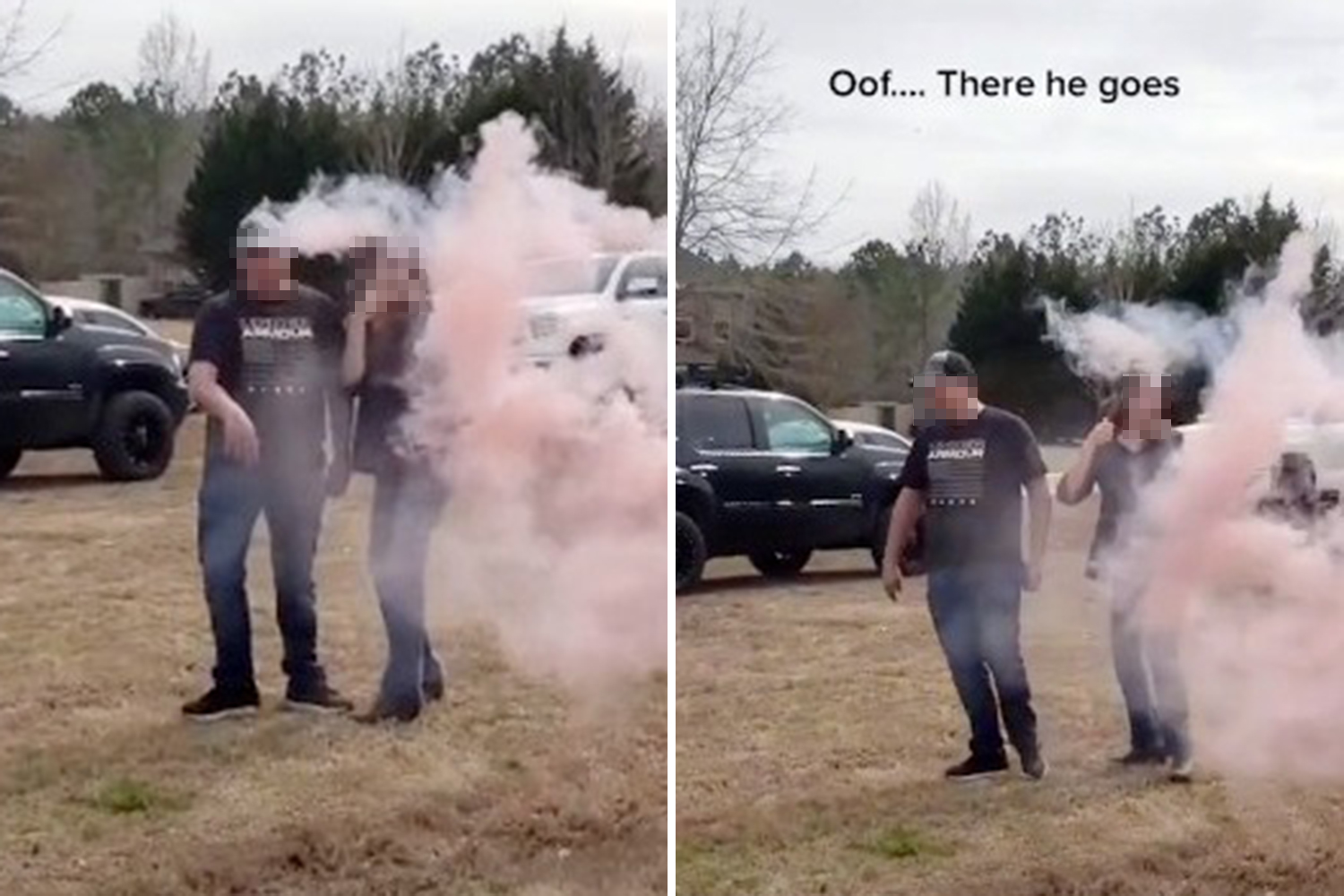 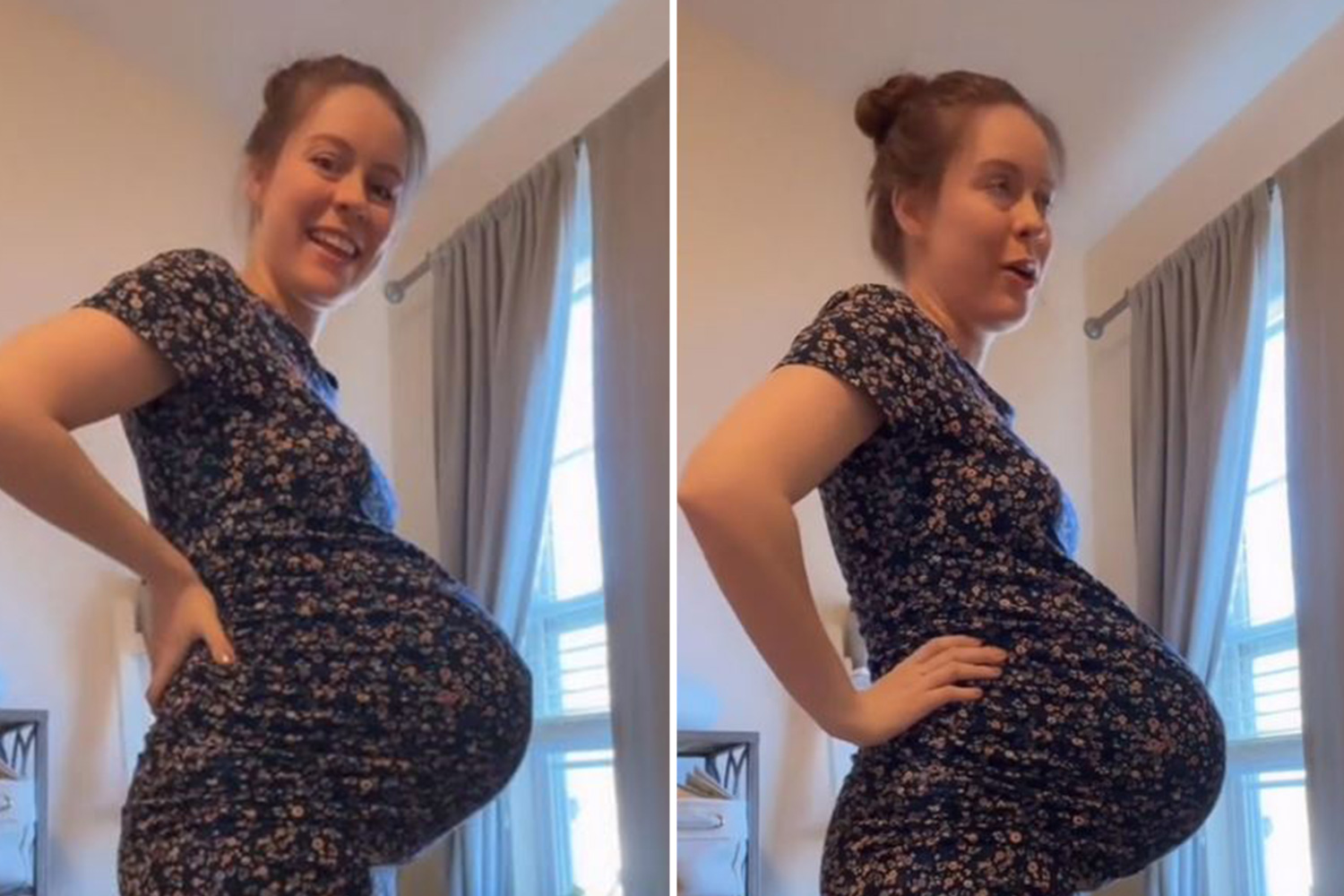 I can make my baby bump drop on demand, it’s just muscle power

When the voice of Dumbledore boomed the Potter house names, fireworks started going off above the mansion.

And an image of the sorting hat flashed up as it counted down from 10 before the lights revealed "It's a GIRL!"

Garza, who had been holding a smoke cannon, let that off to reveal billowing pink smoke, as he embraced his pregnant wife.

Many people in the comments section weighed in on the length of the reveal, with one writing: "awesome! did the baby come while we were waiting? lol." 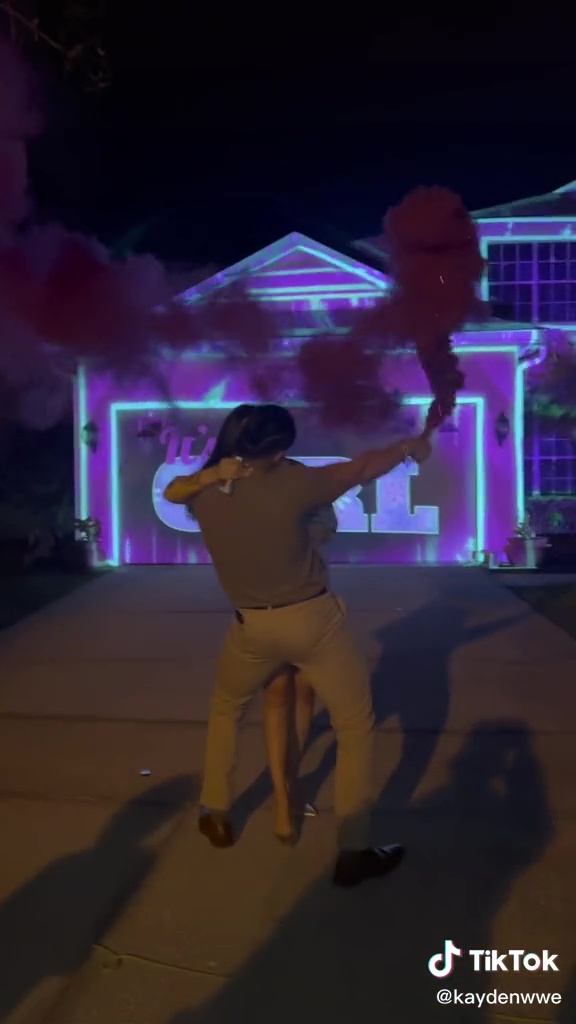 WHAT'S IN A NAME

My son, 6, stays up until 1am & sleeps on sofa…it makes me a better mum

While another added: "I got bored half way through! so pretentious."

"Hell the anticipation was killing me and I don’t even know who these people are," someone else wrote.

Another comment read: "Ugh uh!! Y’all doing way too much and taking way too long."

"I remember when people would just have their babies & the attending would announce the gender after delivery," someone else sullenly wrote.

While another person added: "i mean….cool but the fireworks were unnecessary lol."

And someone else agreed, writing: "Hell nah. Congrats to the parents but the fireworks is where I draw the line."