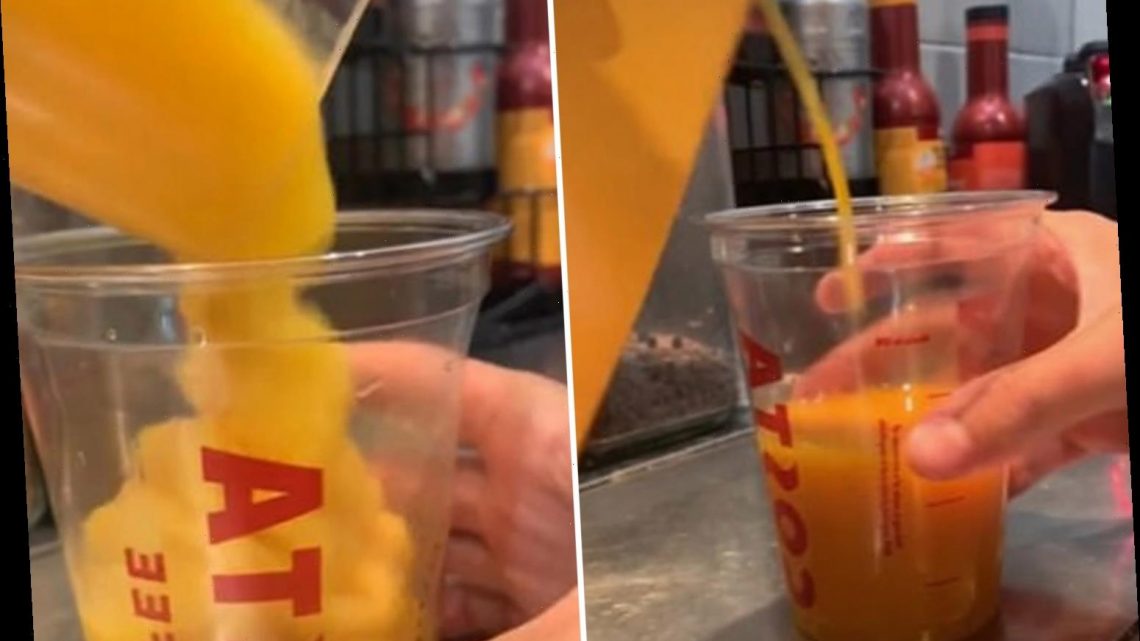 FANS of Costa are outraged after learning EXACTLY what goes into it's famous Mango and Passion Fruit cooler -with a worker revealing it's literally just juice blended with ice.

A UK barista, who claims to work for the coffee chain, posted a step-by-step tutorial on TikTok demonstrating how to make the popular drink -and people are now fuming they get charged up to £4 when it's SO simple to make. 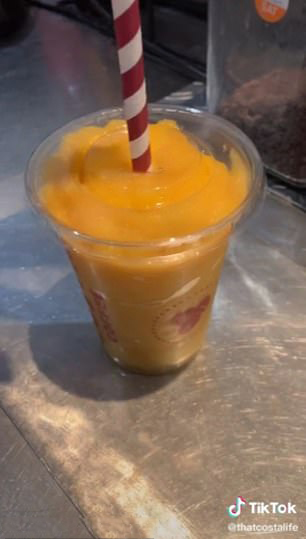 In the video the woman who claims to work at the chain fills a plastic up half way with mango and passion fruit juice from a carton.

After pouring the juice into a blender she then fills the entire cup with ice – and dumps that into the blender as well.

After giving it a quick whizz to combine the two ingredients, she then pours it back into the cup and adds a lid and a straw – showing just how easy it is to make.

The video quickly racked up more than 167k views, with people shocked by the few ingredients used – not to mention the small amount of effort required as ANYONE can easily make it themselves for less. 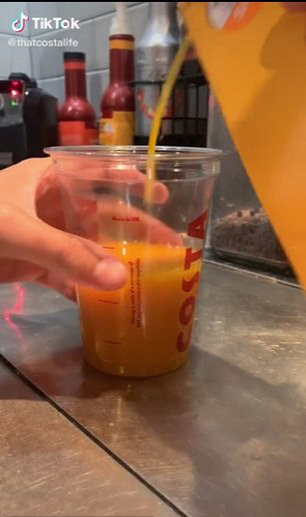 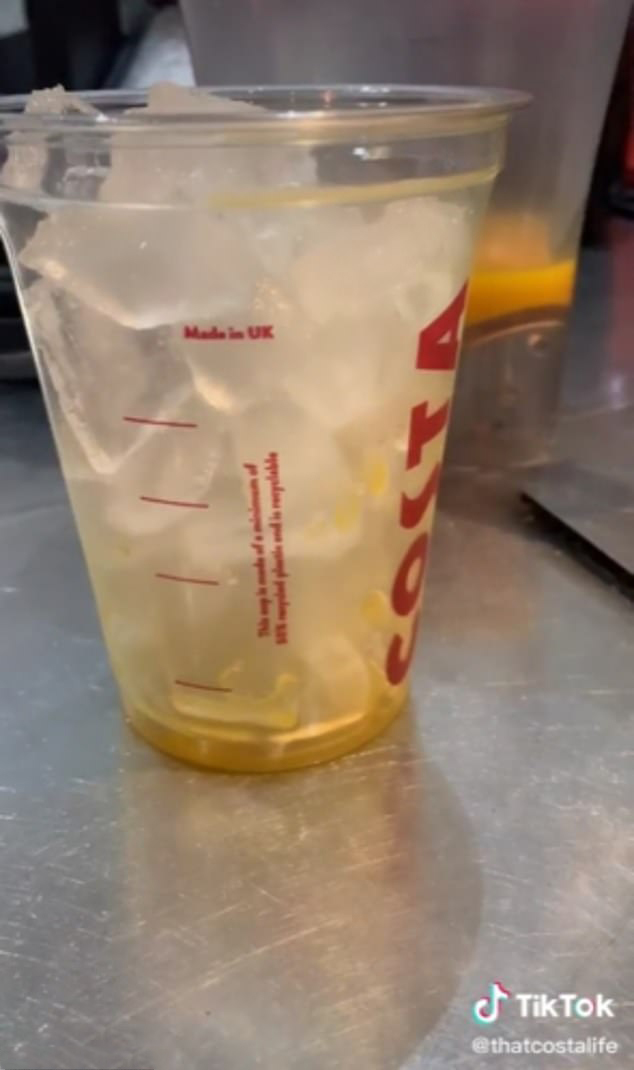 The drink is a part of the chain's summer drink menu, and varies in prices across the UK but prices start from around £2.95.

In London, however, it costs up to £4 and can set customers back even moreat some service stations that sell the cool drink.

Commenting on the video, one person said: "I could make four servings of these for 60p girl, bye!"

And another admitted to feeling "disappointed but not surprised. " 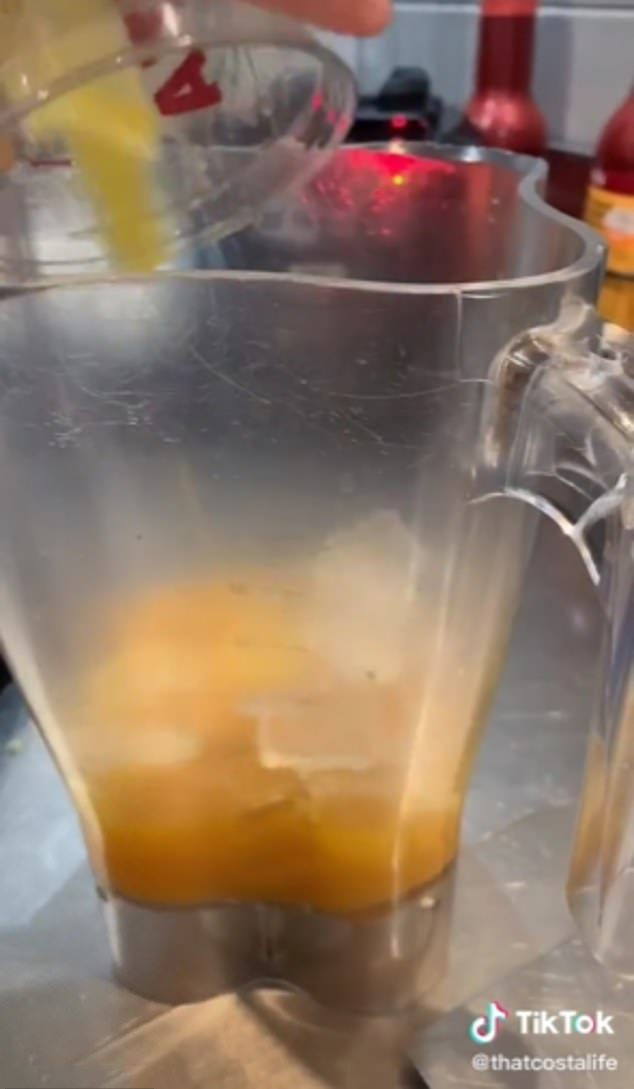 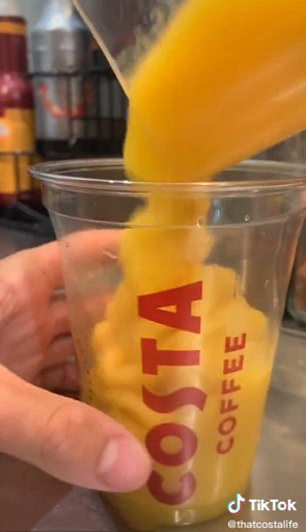 Many others suggested far cheaper alternatives that are just as easy to make for a fraction of the price.

One person suggested: "Go to Aldi, get mango and passion fruit juice for 69p and a bag of ice for 89p and blend it, then you have the same thing for under £2,"

While another said: "I’m literally drinking my Iceland mango and passion fruit smoothie for £1.25 thinking it tastes so familiar and I realise it’s THIS."

Not impressed, someone else wrote: "We pay £4 for juice and ice, I prefer Starbucks," adding that she thought it was made with fresh fruit, making the price reasonable. 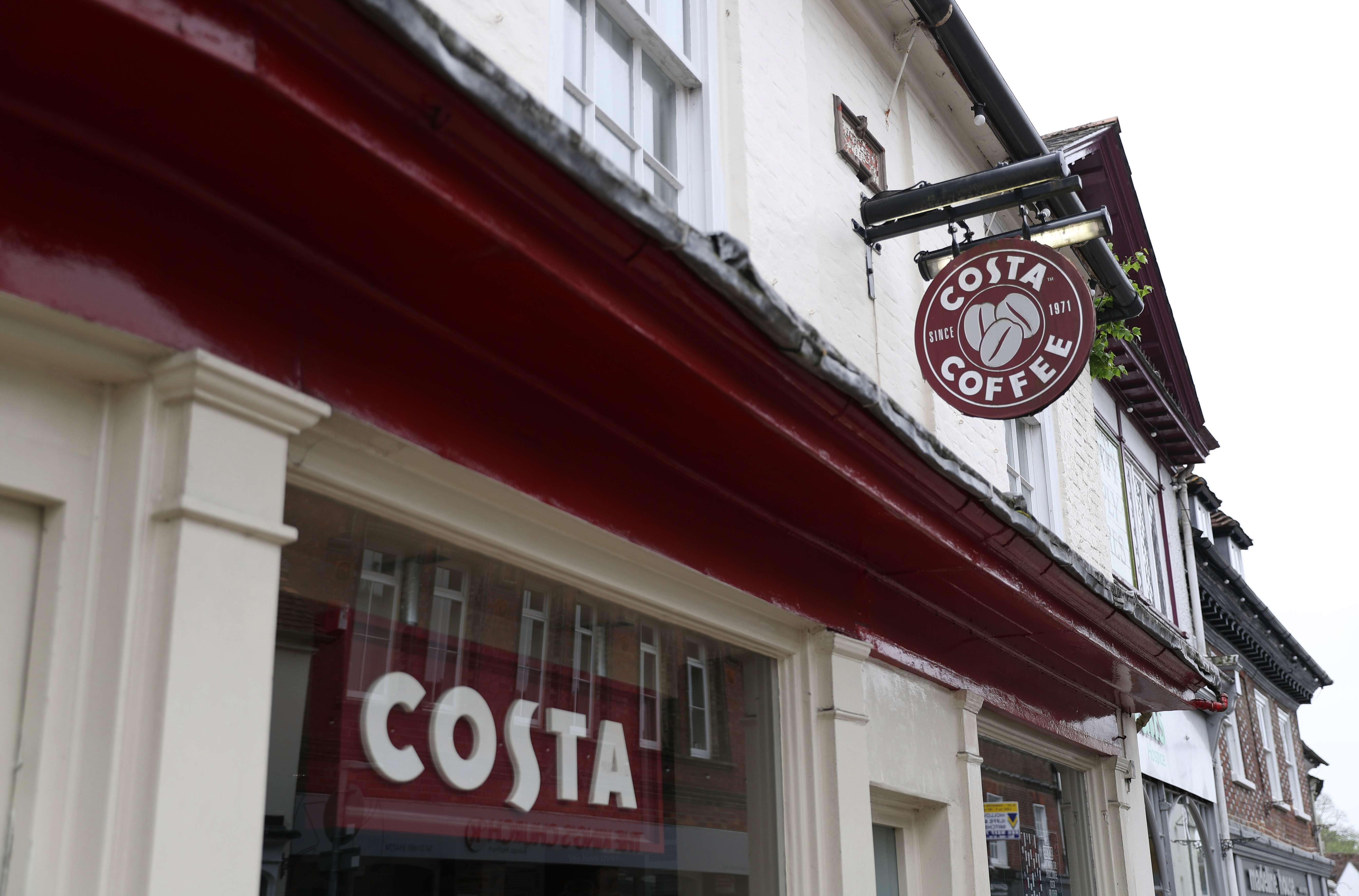 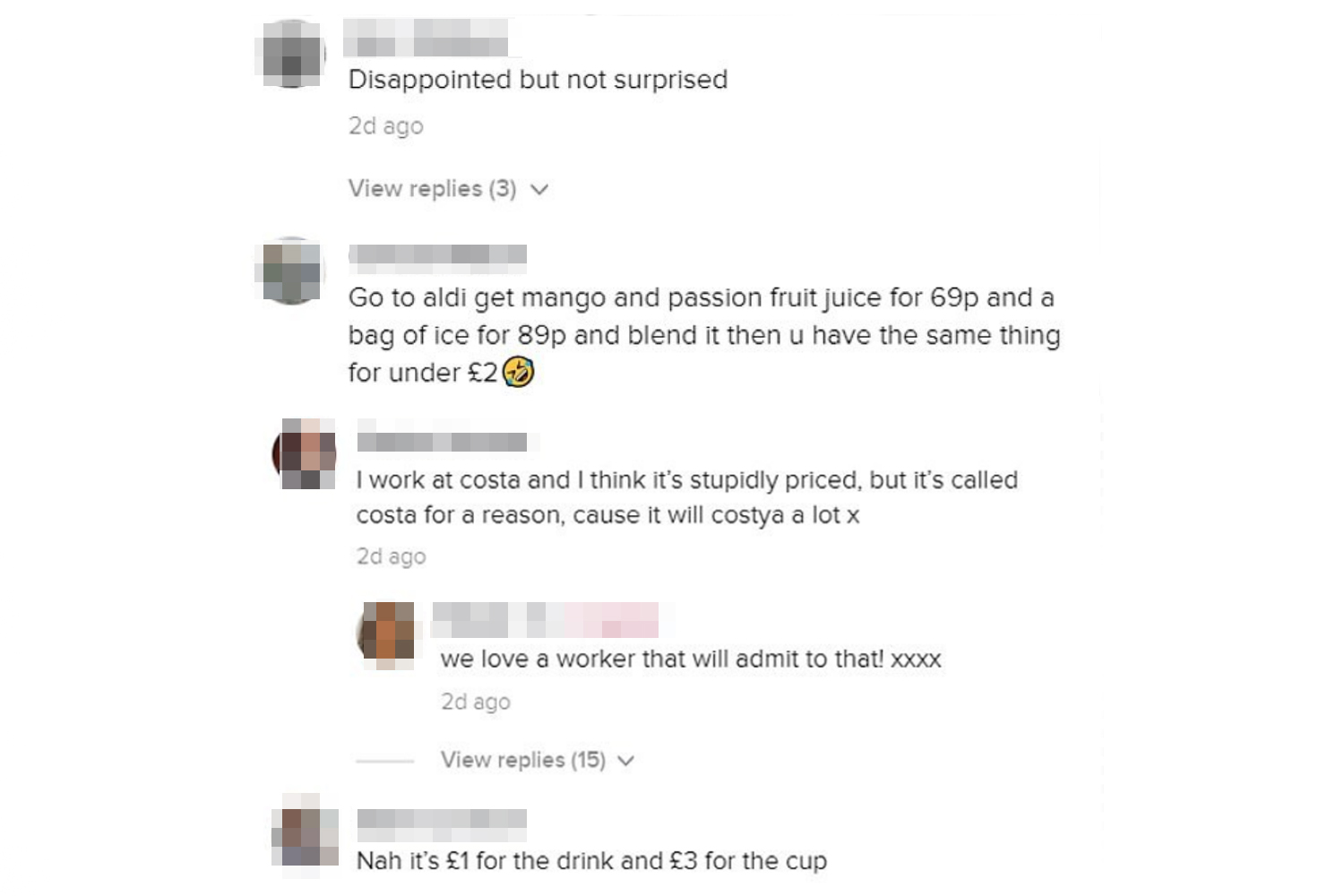 Other baristas also commented on the drink, agreeing it is expensive for what it is – even another Costa employee chimed in.

"I work at Costa and I think it’s stupidly priced, but it’s called Costa for a reason, cause it will costya a lot!" they joked.

We also shared how a bloke claims you’ve been straining pasta all wrong – but not everyone agrees.

Meanwhile a chef reveals the correct way to peel garlic using hot water – so you’ve definitely been doing it wrong.

And this bloke showed the easy way to peel an onion in seconds – and you’ve definitely been doing it wrong.

'The Office': Why Jenna Fischer Called Jim and Pam's Tense Fight a 'Complicated' Moment for Her and John Krasinski