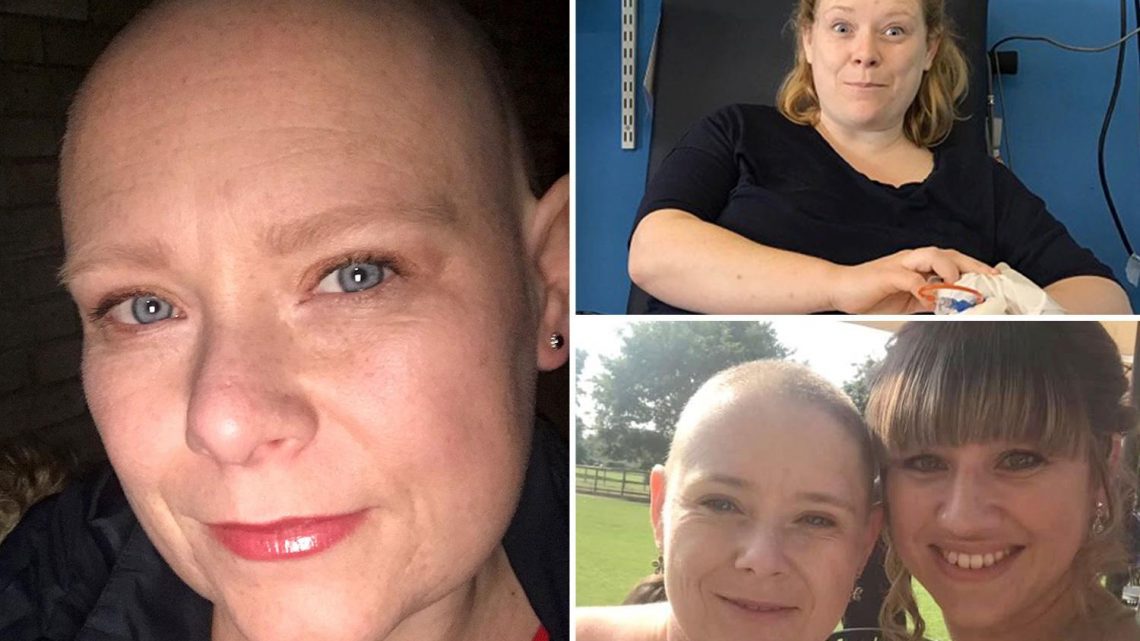 The 36-year-old was scratching so much she "dug holes" in her skin, and was covered in painful sores. 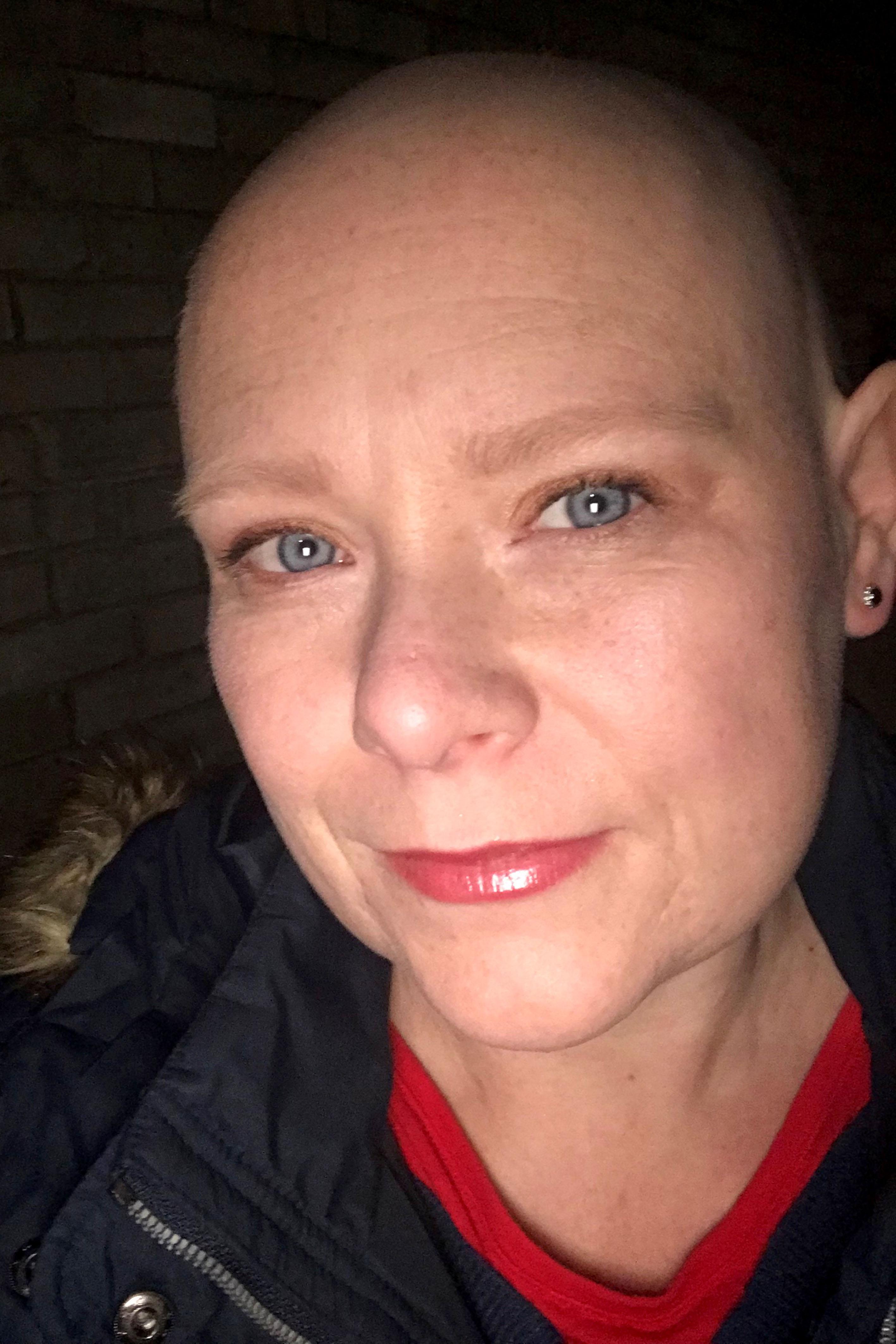 But doctors repeatedly told her it was nothing more than a skin condition, "brushing her off".

When Jade's chest became inflamed she returned to the doctors.

This time, she was sent for an ultrasound which revealed her lymph nodes were swollen. 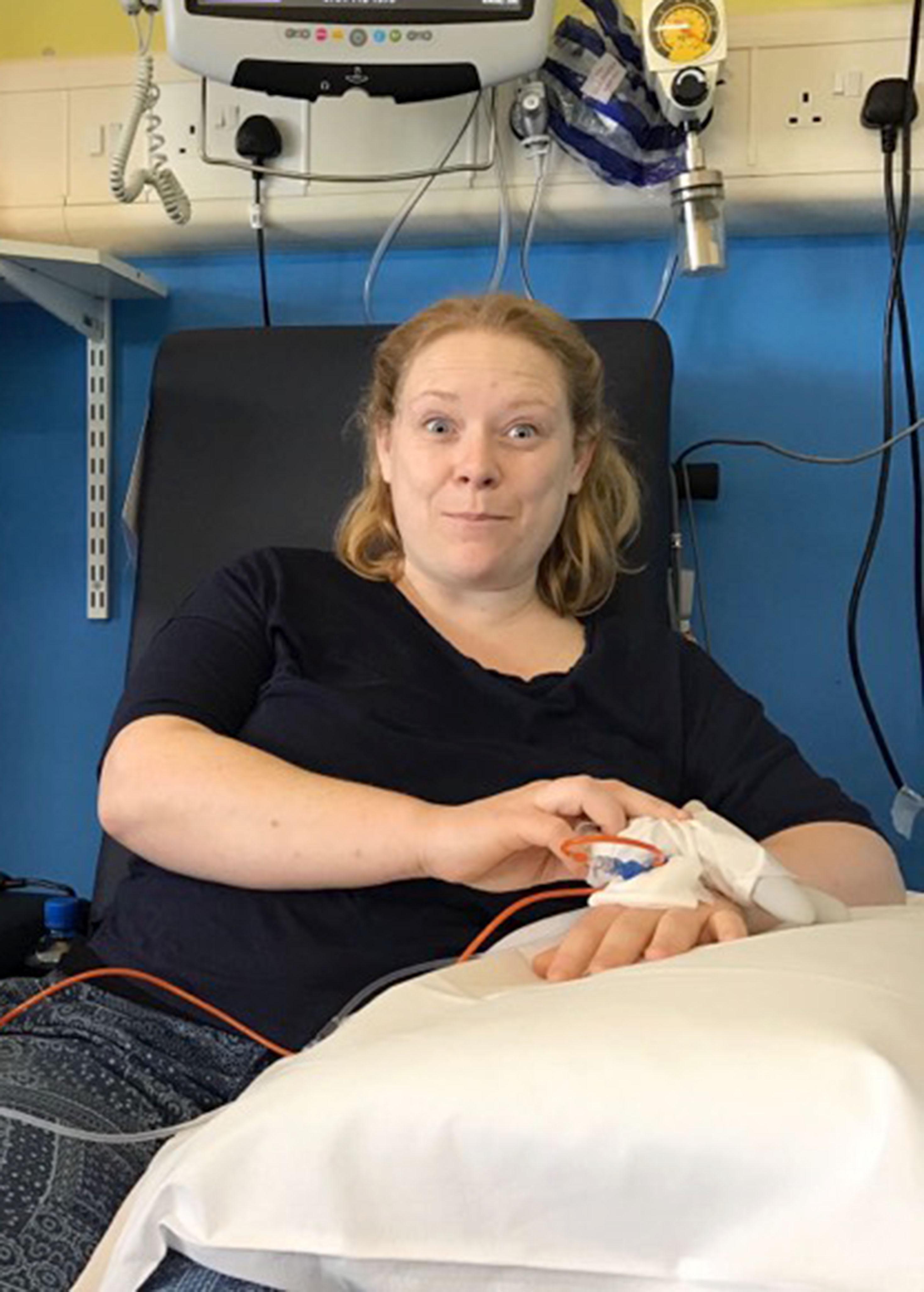 "I was diagnosed at stage 4 and it had already spread to my lungs and liver," she said.

"I had no idea my itchy skin was a symptom of cancer."

Since her diagnosis in February 2017, Jade has exhausted all treatment available on the NHS.

Desperate to try everything, she is now trying to raise £120,000 for a new drug that isn't currently approved to use for her cancer. 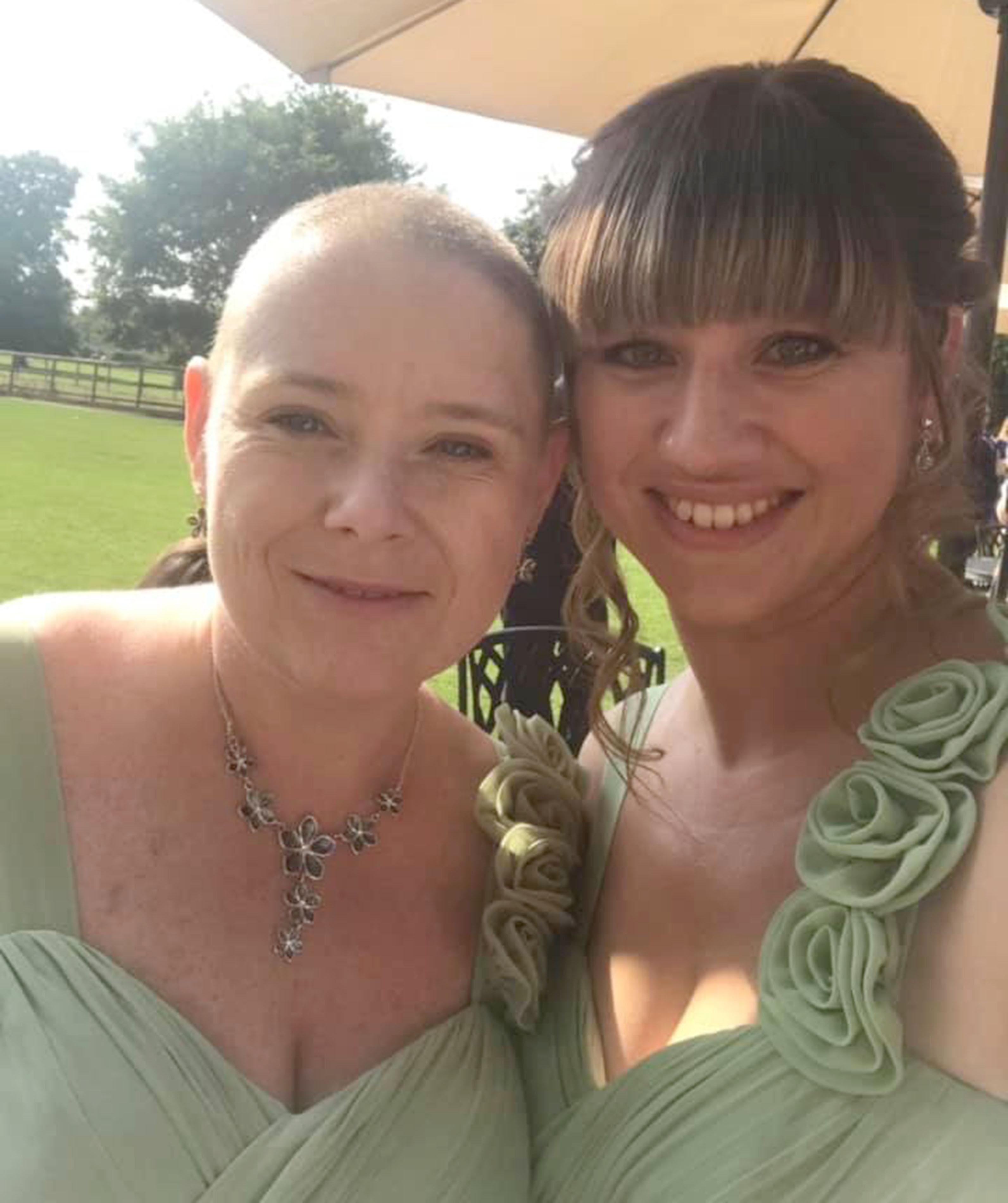 Jade, who tied the knot with her husband, Vince, 38, last November said: "I'm fundraising to try and save my own life.

"My only option on the NHS is to accept that my illness is terminal and to have palliative care."

Jade is trying to raise money to try a drug called Panobinostat, already used to treat multiple myeloma – a form of blood cancer.

Clinical trials have tested the drug as a treatment for Hodgkin lymphoma, and other cancers but it is not yet at a stage where it can be approved for use in patients.

Jade has raised enough for one round of the treatment, which is 18 tablets. 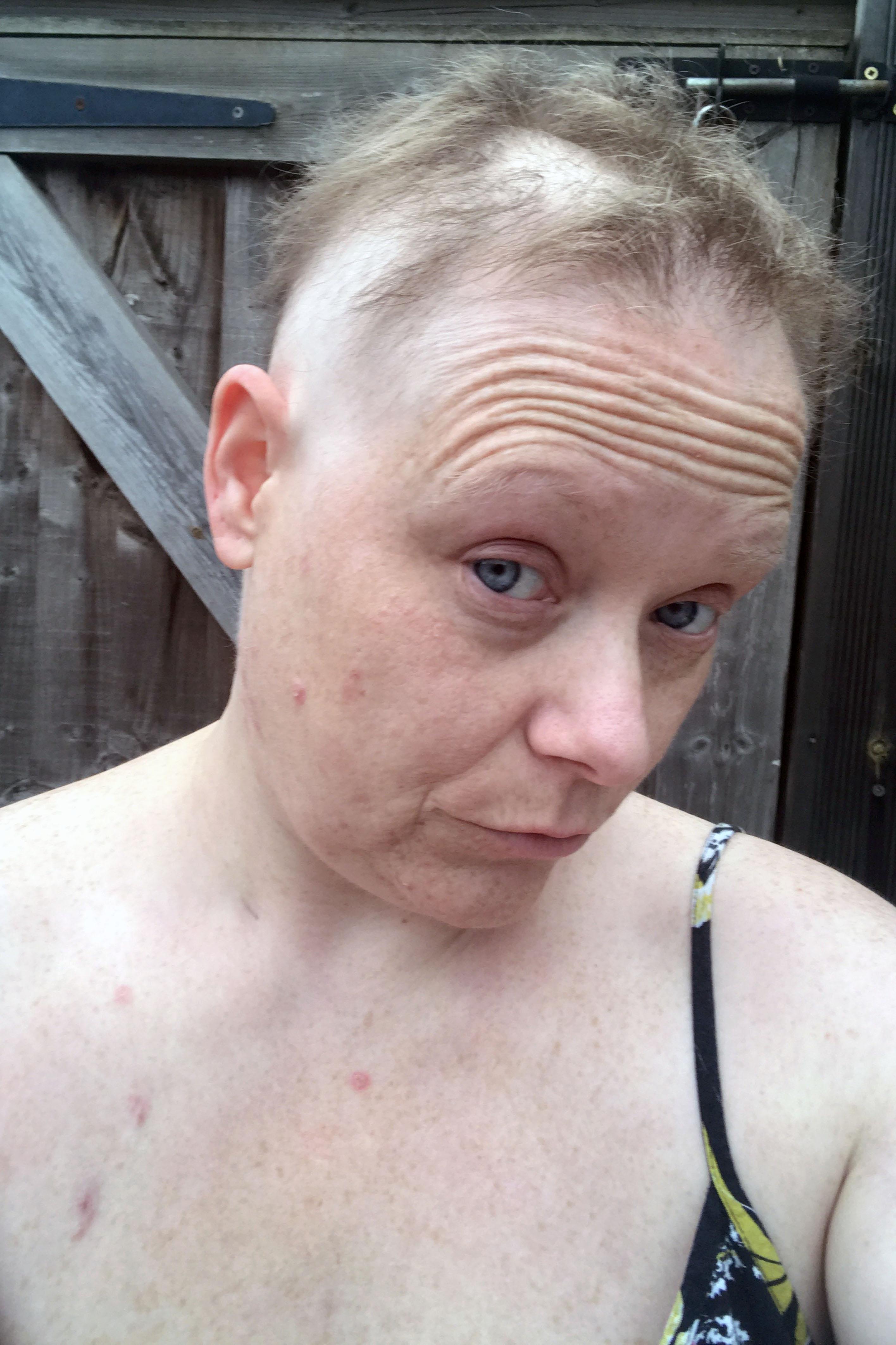 And she will have a PET scan after her 2nd cycle in mid-March to determine if the drug is working.

Jade's first started suffering from symptoms in 2015 when she became extremely itchy and was constantly exhausted.

She added: "I was scratching so much that it was affecting my day to day life, I was covered in sores and was digging holes in myself.

"It was unbearable but doctors kept brushing me off and said I must have a skin infection.

"After being referred to a dermatologist it wasn't until two years later when the skin on my chest became inflamed that I was given an ultrasound which detected my lympnodes were swollen.

"Following a biopsy I was finally diagnosed with Hodgkin lymphoma, at first I felt relieved after going back and forth for so many years with crippling symptoms.

"I then needed several round of chemotherapy to try and stop the cancer from spreading but every time it seemed I was making progress, scans showed the cancer had multiplied. 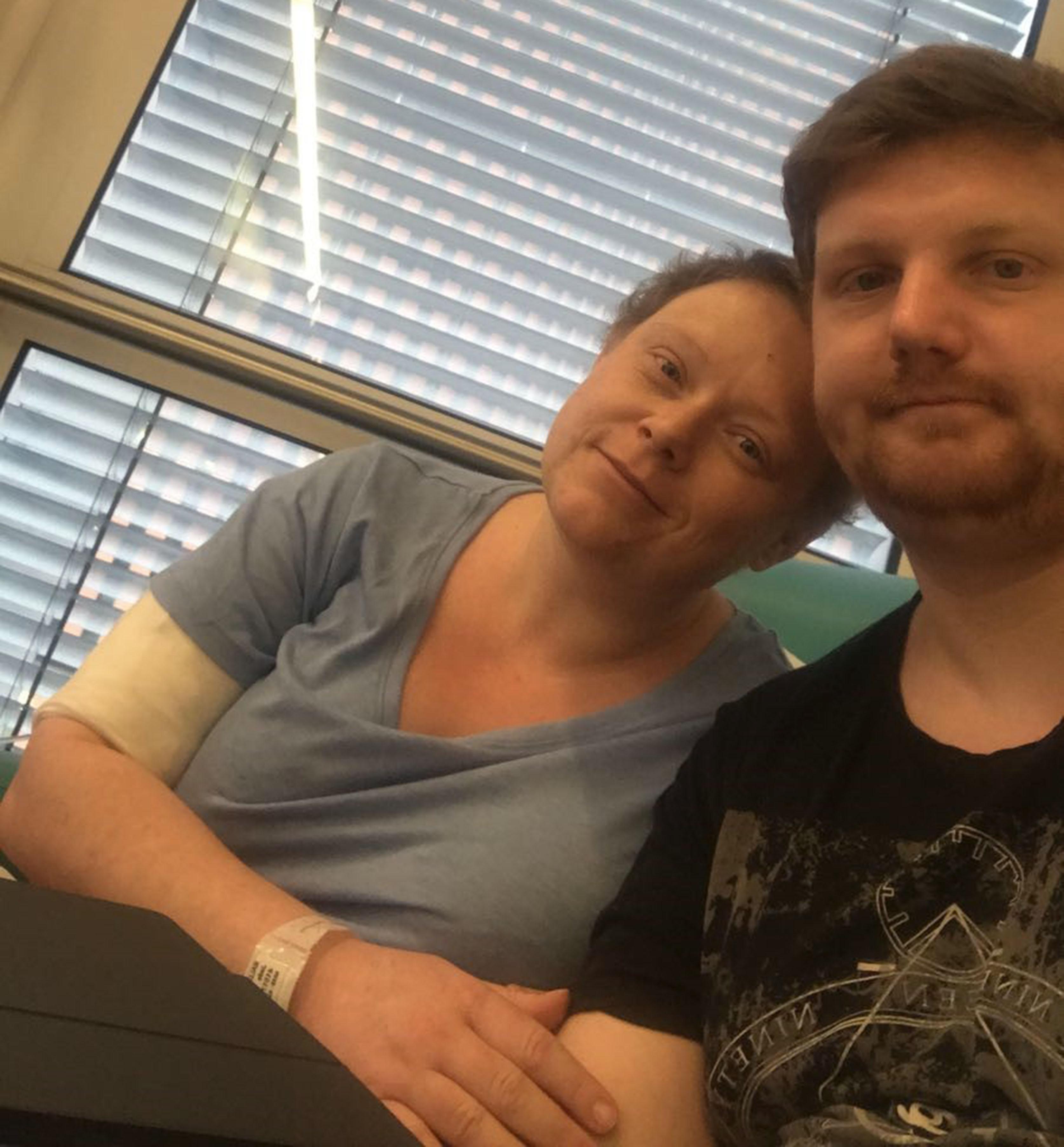 "I have only been in remission once in the past two years but I won't give up."

After 12 years together, Jade and Vince got married in November 2018.

Jade said: "Vince has supported me at every stage of my cancer journey, we decided to use our savings and get married last year as that's something we'd always wanted to do.

HODGKIN lymphoma is a rare cancer that develops in the lymphatic system – the network of vessels and glands throughout the body.

The lymphatic system is part of the immune system, and lymph fluid flows throughout the body, carrying white blood cells that fight infections.

In Hodgkin lymphoma some of these cells – B-lymphocytes, start to multiply in an abnormal way.

They collect in parts of the lymphatic system, like the lymph nodes (glands).

The most common sign of the disease is a painless lump in the lymph node, usually in the neck, armpit or groin.

It can strike at any age, but Hodgkin lymphoma is most common in young adults, in their early 20s and those over 70.

Around 2,100 people are diagnosed every year in the UK.

"We just had close family and friends but it was perfect for us."

Jade's fundraising page has raised over £47,000 so far but hopes her total will be met in the next few weeks.

She said: "I want to have finished all six cycles of the new drug by mid-March.

"If it doesn't work I'll have no choice but to start palliative cancer treatment.

"I've been blown away by the generosity of people so far as we've already hit a third of our required total."

Jade is sharing her story not only to raise funds for her page but to highlight the importance of knowing your own body.

She said: "I dismissed my awful itchiness as the doctors didn't think it was anything serious.

"It's not a usual symptom of Hodgkin lymphoma but as it had spread to my liver that's what caused the itchy skin.

"I don't know whether things would have been different if my cancer was diagnosed earlier but I won't give up, I want to live."