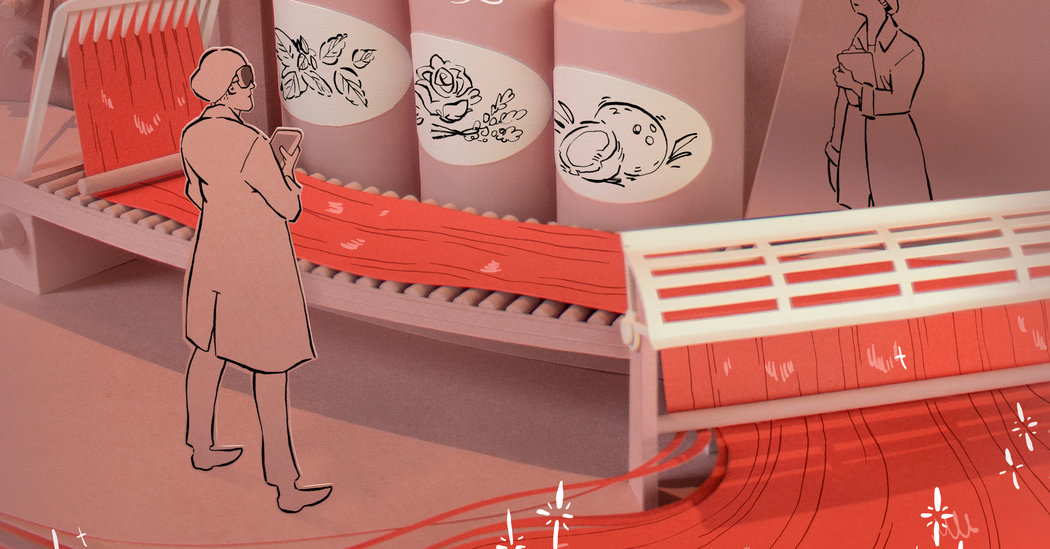 When Renée Bibby has a good hair day, people stop her on the street and tell her they love her short curly hair. On a bad hair day, though, “I look like a dandelion puff,” said Ms. Bibby, 41, a graphic designer in Tucson.

Over the years, Ms. Bibby, who is of mixed race descent and describes her hair as “coarse, but not black hair,” has spent hundreds of dollars trying products to maximize the good days and minimize the bad. Six months ago, she found a winner: a custom-made $25 conditioner from a start-up called Prose. (She does not shampoo her hair.)

“The first day I used it, I got out of the shower and the curl was already in my hair,” said Ms. Bibby, who used to have to work to bring the curl back. “It’s probably taken 10 minutes off my routine.”

Prose, whose founders include a former L’Oréal vice president, uses a quiz, artificial intelligence algorithms and a 6,000-square-foot production space in the Sunset Park section of Brooklyn to create what it hopes is each customer’s ideal product.

The company has shipped 110,000 bottles and will reach $1 million in monthly sales by its first birthday in January, and it is one of the biggest and most successful entrants in what has fast become one of the hottest spaces in the beauty industry: customizable hair care. On Monday the company announced that it had raised $18 million in new funding.

Another start-up, the four-year-old Function of Beauty, uses its own quiz and algorithms (along with a Willy Wonka-esque 50,000-square-foot factory of custom-built machines). It has sold a million bottles, according to Zahir Dossa, a Massachusetts Institute of Technology-trained computer scientist and the company’s chief executive. (Prices start at $36 for an eight-ounce set of shampoo and conditioner.)

There is more competition coming. Schwarzkopf, a global cosmetics giant, is conducting trials of custom products in Japan (with plans to bring them to the United States). Its system includes a hand-held device with an infrared sensor that can detect the hair’s molecular structure and analyze its moisture levels. An in-salon machine that looks like the world’s fanciest coffee maker whips up products in 50 seconds, along with a label printed with a bar code for reordering.

Unlike brands that offer different products for each hair “goal” (say, preserving color or thickening hair), companies that customize say they can combine ingredients that will fulfill all your hair needs in a single shampoo, conditioner or hair mask.

Prose also adjusts based on environmental factors, which it gleans from your ZIP code. For example, if it thinks you may be spending a lot of time in indoor heating because it’s cold outside, it adds corn derivatives that smooth and condition to fight static.

“We tackle all your problems,” said Arnaud Plas, the chief executive of Prose, sitting in the company’s SoHo conference room, which is decorated with illustrations of coconut, mint and other good-for-hair ingredients. “We’re not going to make you compromise.” (The company says it has tested which ingredients could cancel one another’s benefits.)

It’s probably not surprising that there are skeptics. Maryanne Senna, a dermatologist and the director of the Hair Academic Innovative Research Unit at Massachusetts General Hospital in Boston, is unconvinced that customizable shampoos and conditioners work much better than standard ones.

“There are some things we very clearly know can be drying, but then there’s a lot of stuff they use that has no evidence to back it up,” Dr. Senna said. “Whether it’s the hair holy grail comes down to perception.”

Unless patients have very oily hair or dandruff or a known sensitivity or allergy, she does not recommend specific products. She tells them that everyone is different, and they have to find one that works for them.

Perry Romanowski, a cosmetic chemist and a founder of thebeautybrains.com, a site where scientists examine product ingredients and industry claims, called customization “a marketing gimmick.”

“There is nothing measurably different about their formulas in terms of performance,” Mr. Romanowski said.

He has run blinded home-use tests of the 10 top-selling shampoos and conditioners. Pantene turned out to make the best performing product.

Still, he said, “super-expensive ones aren’t better than Pantene.”

But this is where things get knotty. A major driver of whether a product works — or really, whether a customer thinks it does — is fragrance, which of course has no visible effect (unless you’re allergic to it). In its early days, Function of Beauty had to spend more time tweaking scents than algorithms.

“Man, people care a lot more about fragrance than I ever thought they would,” said Mr. Dossa, who, when he started the company, had a shaved head, but now has a man bun so he can test products. “Customers won’t properly assess your product if they’re not happy with the fragrance.”

Prose does not offer customers who want a moisturizing shampoo the option of choosing a citrus fragrance. Mr. Plas learned from his time at L’Oréal that customers will insist the product doesn’t work because they associate that smell with grease removal. “Then we give them the exact same formula with a different scent, and they think it’s great,” he said, shaking his head.

Another thing customers can’t (yet) choose easily: to ban a particular ingredient because of allergies and sensitivities. (Function of Beauty is vegan and gluten free; Prose allows you to choose those options. Both allow you to avoid fragrance, but you have to contact customer service to ban a specific ingredient.)

Lacey Harris, 35, an athletic trainer in Lemoore, Calif., is allergic to coconut oil, an ingredient contained in her Function of Beauty products. She switched to Prose, which, purely by luck, didn’t add that to her shampoo and conditioner.

Ms. Harris said she could really tell how much volume and wave the Prose products added to her hair when she bought Dove, which she once used, to share with her husband on a backpacking trip.

“I couldn’t wait to get back to my custom shampoo,” she said.

Boy, three, dies in washing machine after sibling shuts him inside