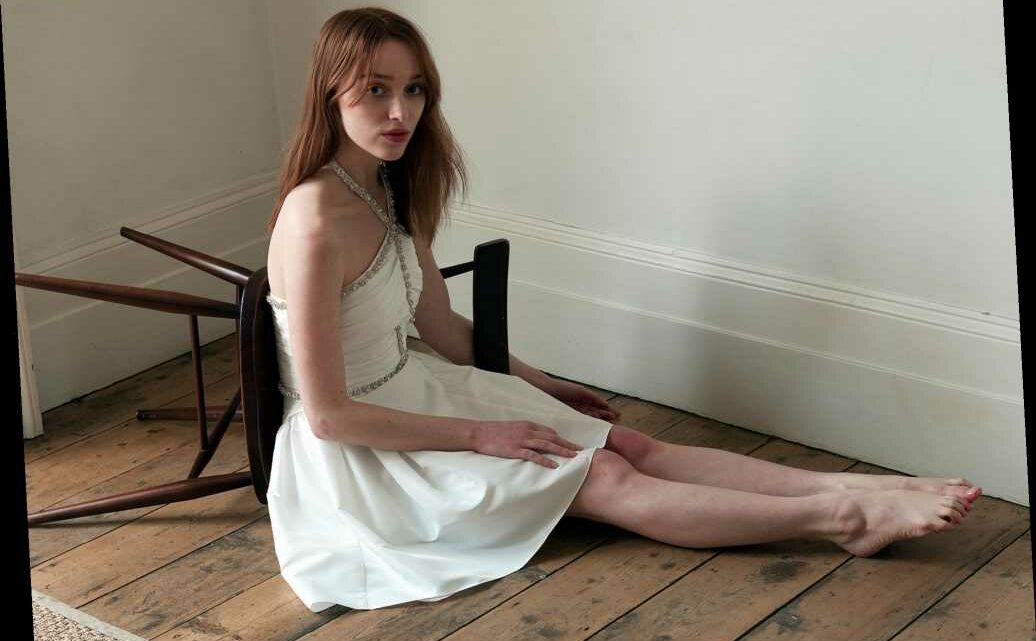 Phoebe Dynevor is ready for her close up.

The Bridgerton leading lady, 25 — who plays Daphne Bridgerton on the popular Netflix drama — is making her modeling debut in Self-Portrait's new Fall/Winter 2021 campaign.

In the images, which were shot by British photographer Nigel Shafran, the actress trades her on-screen corset for a more comfortable array of outfits from founder and creative director Han Chong's Fall-Winter 2021 collection.

The photos, per a press release, were shot at the actress's home, and were meant to show "joy in simplicity and solitude." "I was delighted and honored that Han chose me to work with him and such a talented team on his latest collection," Dynevor said in a statement. "I first spotted one of his dresses on a photoshoot and it was an instant love affair."

"Han's collections for Self-Portrait have always been an inspiration, I love the strong structures he creates from such delicate and stunning fabrics and this collection is a testament to his incredible work," she continued. "I'm so proud to be a part of this new project and hope to have a chance to wear the pieces when life goes back to normal again!"

In his own statement, Chong said he was inspired by British sensibility and "that effortless approach to British style" when he began creating the collection. "I felt we needed to work with someone to bring this to life rather than present the collection in a traditional show format, and having captured the hearts and imaginations of so many people over the last few months, I knew Phoebe would be the perfect woman."

And it was a match as perfect as Daphne Bridgerton and the Duke's. "The moment I met her, I loved how down-to-earth she was whilst still having this incredible spirit and energy that perfectly emulates the attitude and values of the Self-Portrait brand," Chong added. "She is warm, independent, sensitive, expressive and completely captivating."

Speaking with the British newspaper The Times, Dynevor said the experience of modeling for Self-Portrait was a lot different than shooting Bridgerton. "I had to stay very still, so I had to rein it back," she said about the fashion shoot.

"With Daphne half the work was done for me once I was cinched into that corset," she explained. "Immediately, because of the way the corset is fitted, your posture is held back, which means your head's up, and you are moving in a certain way."

Off-camera, Dynevor typically sports a more "androgynous" look in her day-to-day life, telling the outlet, "I have been wearing a lot of track suits. And caps and boots. The anti-Daphne. I mean, that's how I roll anyway, but it helps me feel very separate from her."