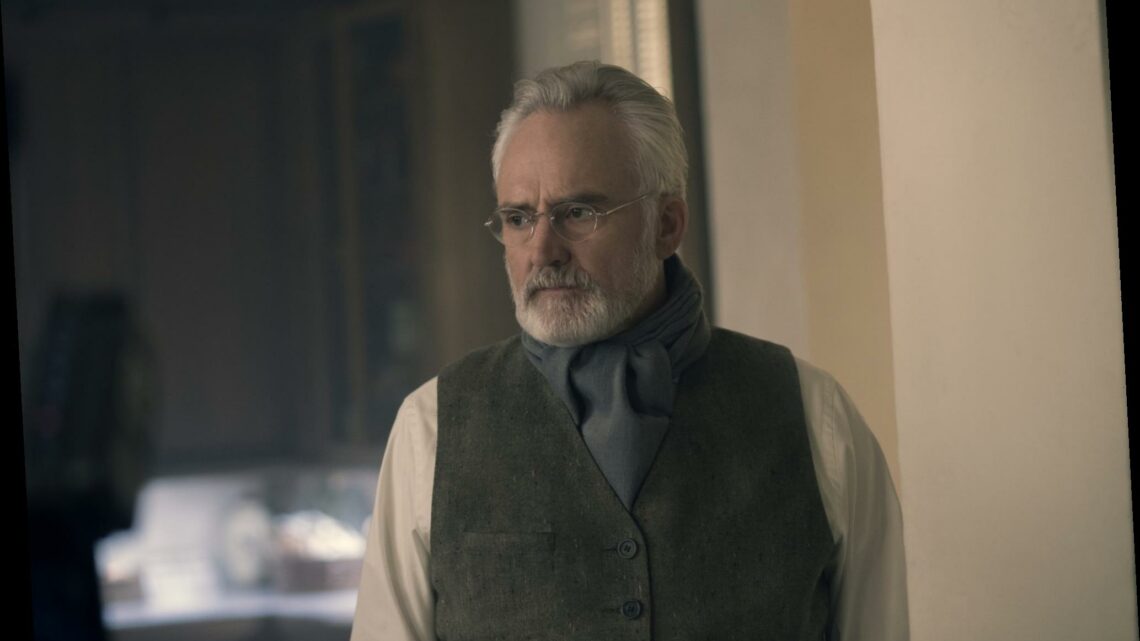 Bradley Whitford has not yet decided on his 2020 Emmy Award show ensemble, but he's considering a more creative wardrobe choice since he'll be attending the virtual ceremony from the comforts of his home.

"I have a tux, but I'm close to being the kind of person who would want to not wear a tux and do something a little weirder," Whitford, 60, tells PEOPLE in the latest issue. "I don't know if I'm quite that person, but I don't know what the rules are going to be."

The three-time Emmy winner, featured in PEOPLE's annual Emmy portfolio, is nominated this year in the best supporting actor category for his performance in The Handmaid's Tale, and says that despite production being shutdown due to the COVID-19 pandemic, that cast and crew have stayed in touch. "The cast is very close and communicative largely because of [executive producer and star Elisabeth] Moss," says Whitford. "We've had very interesting discussions, not only about the pandemic, but in the wake of the George Floyd killing."

Whitford says Moss is "the creative center of the show in a way I've never seen any actor/ executive producer be," and that she also deserved an acting nomination. "I hope it's not ungracious to say, but it upsets me that she didn't get nominated because I think she's doing the performance of a generation." Looking ahead to Emmys night, Whitford will likely be hosting a family-oriented watch party.

"I guess my wife, Amy [Landecker] will be here. At least one of my children will be here and I'll drag her into it," he says.  "But [my children] don't care. They're they're just totally embarrassed by this whole endeavor."

However, he has been enjoying spending quality time with them during the pandemic.

‘Say Yes To The Dress’ Preview: A Bride Is ‘Nervous’ About Trying On Gowns For Her Pals After Weight Gain