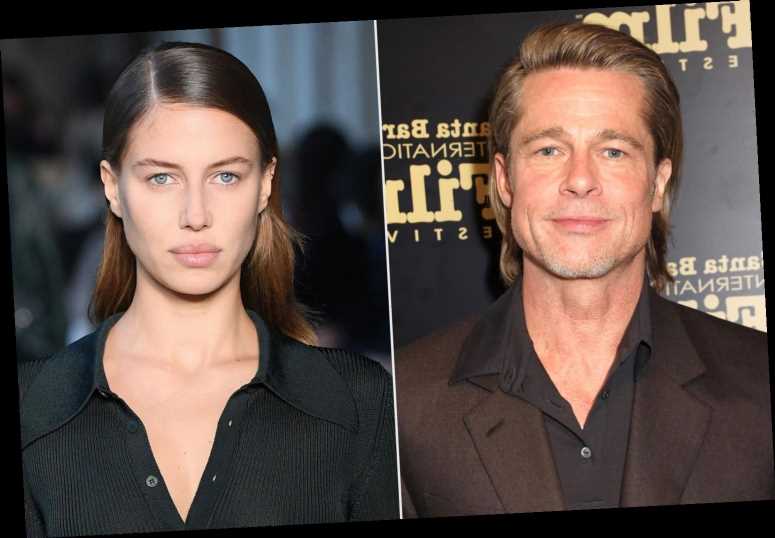 Brad Pitt's new flame, Nicole Poturalski, walked the Hugo Boss catwalk during Milan Fashion Week on Friday, where she made a rare appearance at the event as she doesn't typically take part in runway shows.

Dressed in a black maxi dress with long sleeves and a plunging neckline, the 27-year-old model was accessorized with a mint green bracelet that featured a large silver buckle at the front.

Posting to Instagram after the show on Saturday, Poturalski thanked the German fashion company and wrote that she was "still dreaming about this perfect show."

Although their romance has only recently started making headlines, Poturalski and Pitt, 56, were first spotted together at a party after the August 2019 Berlin premiere of Pitt's movie, Once Upon a Time… in Hollywood, according to a source.

"They were very flirty," said the source about the couple's initial meeting. Later that year, Poturalski — who has appeared in several international magazines including Harper’s Bazaar and Grazia as well as the cover of Elle Germany’s 2020 September issue — was then spotted with Pitt at Kanye West's November 2019 show at the Hollywood Bowl in Los Angeles. The pair were seen chatting and laughing as they sat in the VIP box.

Earlier this year in August, the German model was seen arriving at Le Castellet Airport in France alongside Pitt in photos obtained by the Daily Mail.

The duo arrived at the airport with respective face mask and sunglasses, although Pitt was recognizable with a newsboy cap and a green button-down cardigan. Poturalski accompanied him wearing corduroy slacks, a white shirt and a black leather jacket.

A source previously told PEOPLE, "They are spending some time together on vacation and are enjoying each other's company while traveling."

An industry insider also added that Poturalski seems like a good match for the Oscar winner. "I like her a lot. She has spunk. She’s smart. If she's dating Brad, good for her. Good for him," the source said.