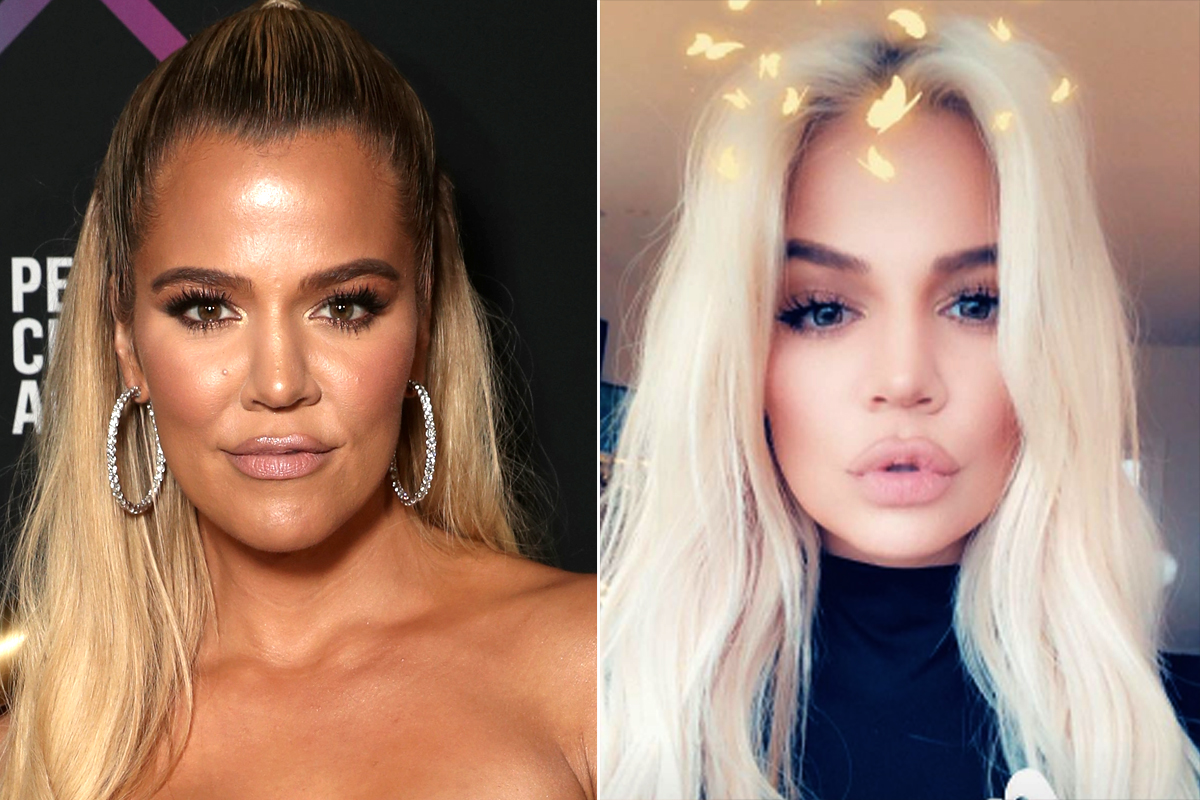 Khloe Kardashian debuted new platinum blonde hair, and she is feeling herself!

On Monday, the new mom, 34, shared a number of videos of the new hairdo, which show her seductively smiling into the camera.

“This is how I feel with this new hair,” Kardashian says in the clip before asking her daughter True, who can be seen resting on her hip, what she thinks.

Kardashian then shared a closeup selfie of the dramatic change, which is her most blonde look yet, on her stories writing “Mom” over the snap.

However, True stole the show with her adorable cooing.

In the clip, True excitedly swings her arms while trying to talk, managing to say “dada.” Kardashian then helps her out by repeating “dada” to the camera.

Last week, Kardashian proudly announced on her app and website that her baby girl with boyfriend Tristan Thompson said her first word.

“I can’t believe my baby is seven-months-old! True now has three teeth and she’s going to crawl any second,” Kardashian wrote on her app.

“She also smiles constantly, but I still can’t get that little munchkin to laugh unless I tickle her,” the mother of one said. “Maybe I’m just not funny, LOL. She also says ‘dada,’ but I think she means ‘mama,’” Kardashian added along with a winky face emoji.

Also last week, Kardashian shared sweet photos of her seven-month-old daughter smiling widely while sitting in her mom’s Hermés Birkin bag and playing with the strap.

“Nothing can change this love,” Kardashian captioned the shot of True who was dressed in a cheetah-print headband and navy ensemble.

Travis Scott Denies Cheating Rumors: ''Only Got Love for My Wife''