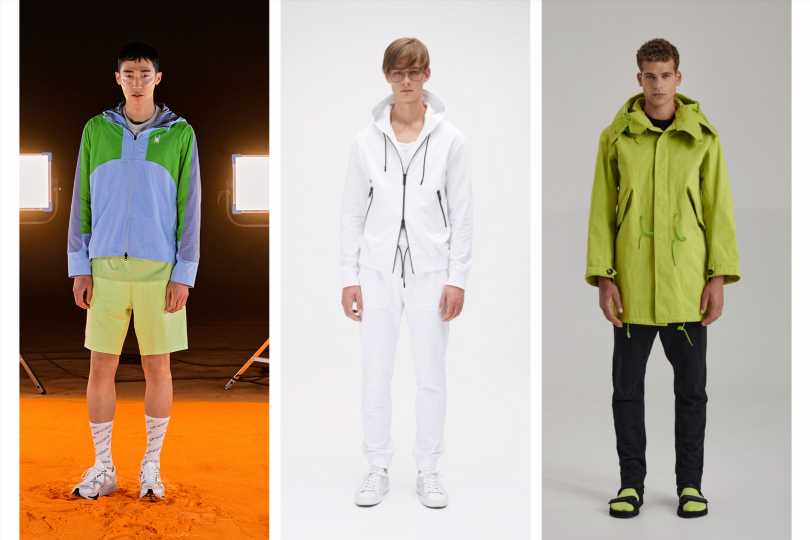 It seems designers and brands showing in Milan are not done yet with the athleisure trend that took fashion by storm pre-pandemic and was further spurred by a year-plus of confinement.

And while consumers preparing to get back to the office might be seeking more formal gear, they also will hardly renounce the official quarantine uniform: casual sweatshirts and tracksuits and. occasionally, sportswear sets for training sessions either at home or outdoors.

The debate about whether people will return to dressing up is ongoing. Up-and-coming men’s wear brand Serdar offered one solution with an offering of uncomplicated basics that blended the desire for more tailored options with comfort.

Designer Serdar Uzuntas referenced the teenage athletes featured in the photo book “Gymnasium” by Luke Smalley published in 2001, delivering a collection that tried to elevate everyday basics, including workwear-inspired, deconstructed suits featuring pants with flap pockets and oversize cardigans instead of blazers.

Activewear specialist Spyder went full-on athletic gear for spring, with a coed collection bursting with saturated and bold colors that translated the optimistic feel creative director Christopher Bevans wanted to convey. Spanning different sports disciplines, the lineup featured everything customers might look for when it comes to working out, from cycling shorts paired with technical windbreakers in blocks of colors to basketball shorts and leotards. 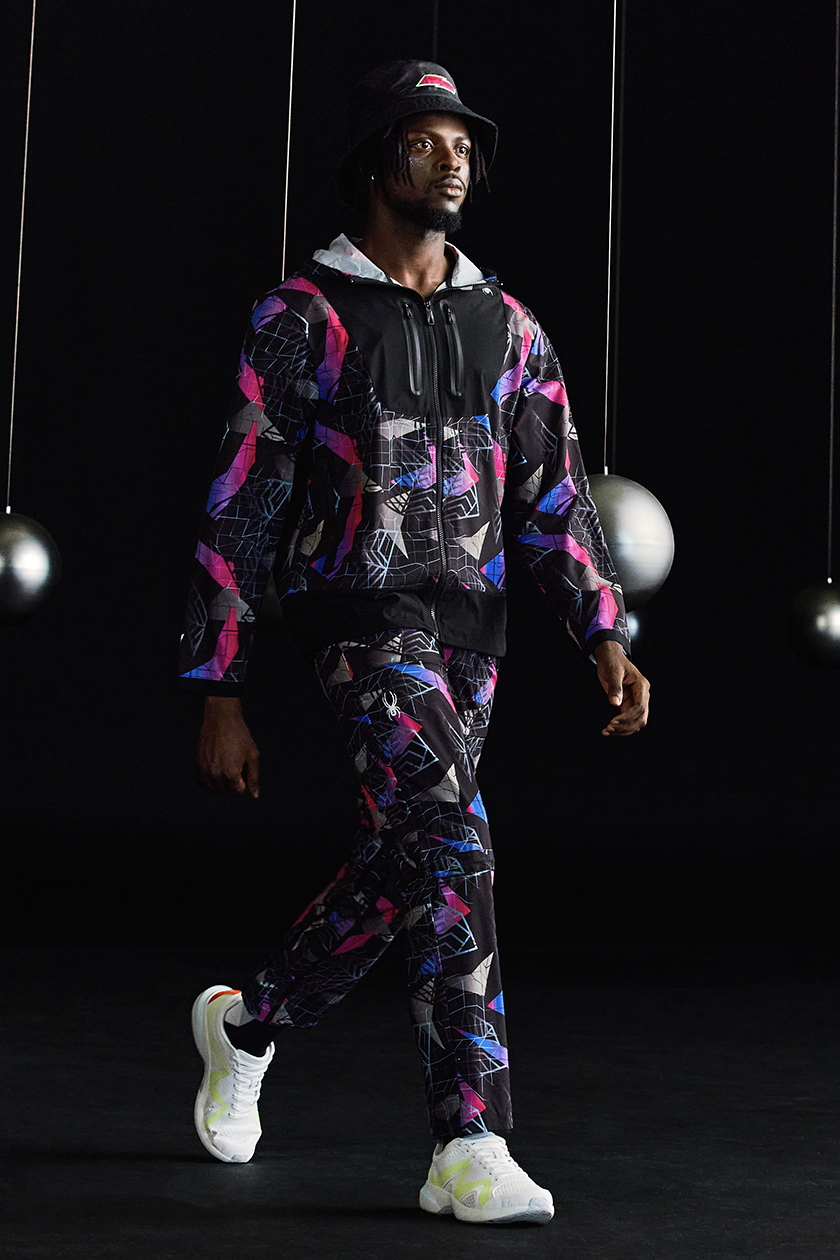 There were also some everyday options such as a tracksuit bearing a print reminiscent of digital 3D animations and bomber jackets with a silky texture that looked as good for a springtime run outdoors as they did paired with more dressed-up looks.

On the outerwear front, technicality and performance were front and center in the spring collection of Ten C, the label founded by Alessandro Pungetti that was acquired by FGF Industry, which was presented via video days before Milan Fashion Week started.

Staying true to its military-inflected aesthetic, the brand relied heavily on its signature Original Japanese Jersey, a performance-driven, nine-ounce fabric that was worked into crisp flight jackets, parkas and anoraks. The brand’s parka was also rendered in an edgy, see-through nylon version with tapered details on the pockets and lapels creating an interesting contrast. The brand collaborated with Toronto-based artist Moya Garrison-Msingwana, also known as Gang Box, borrowing his fashion sketches for a capsule collection of T-shirts. 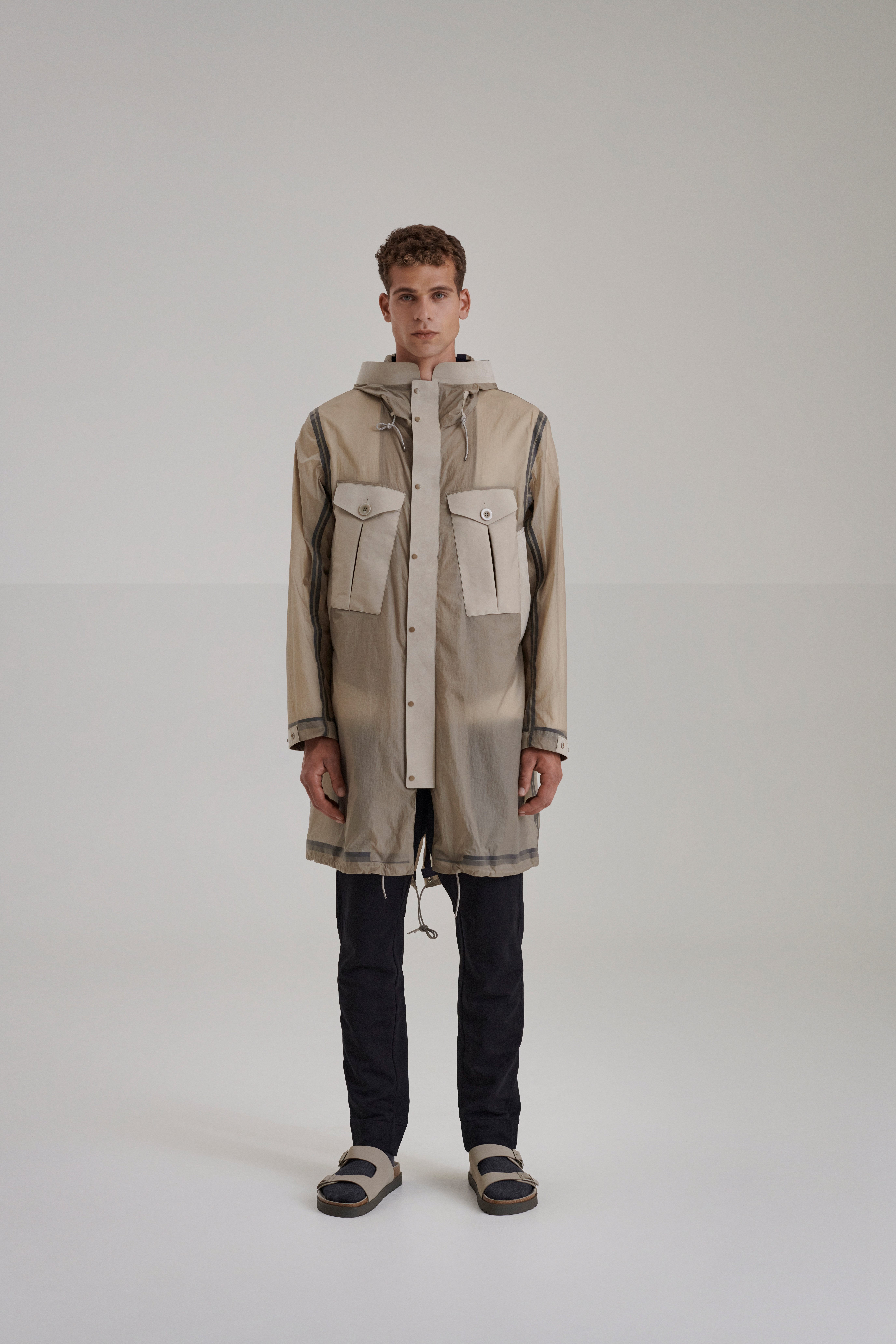 The Boarding House at Seminary Hill, a New Catskills Retreat, Is Steeped in History