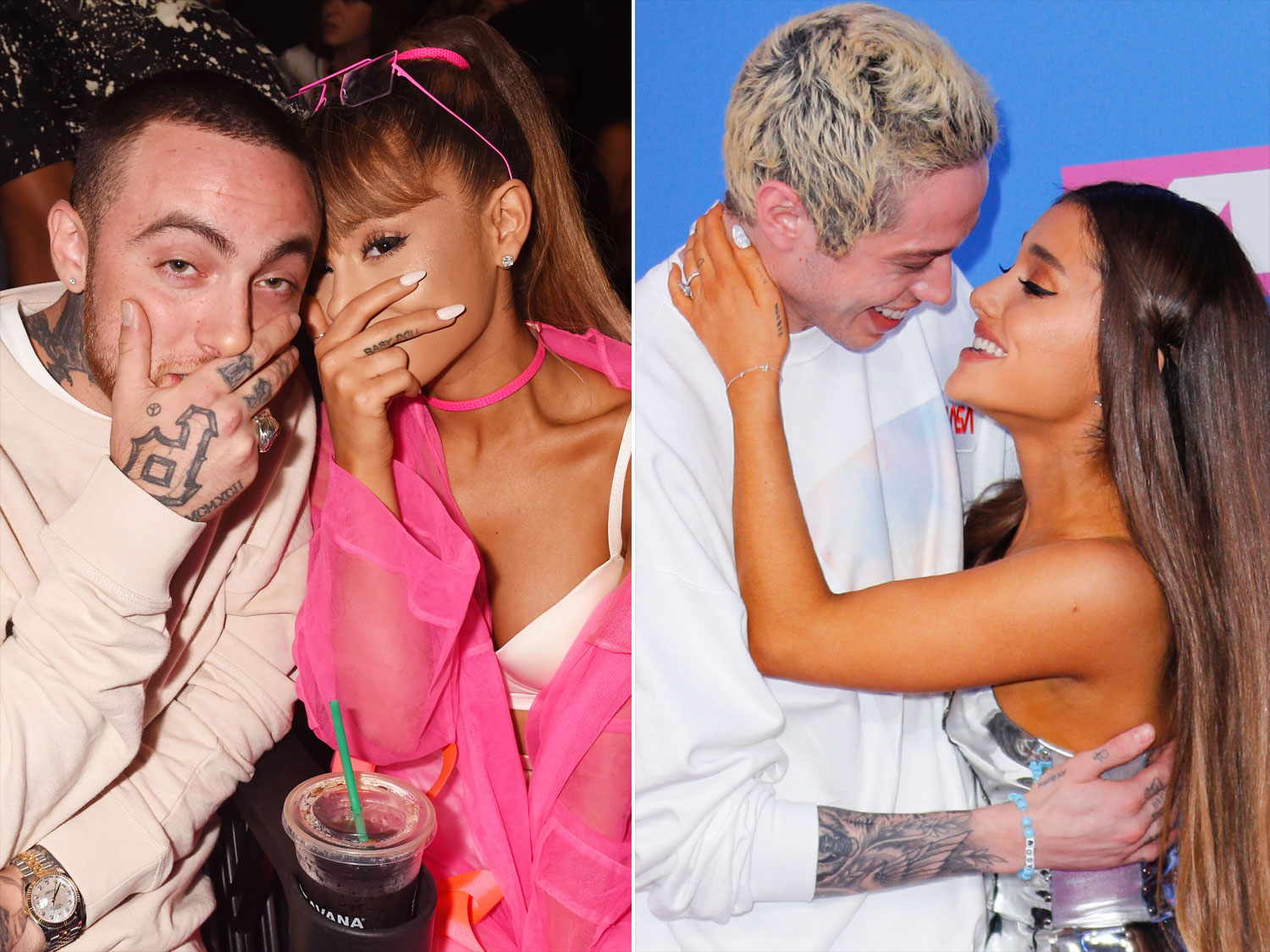 Since ending their engagement in October, Ariana Grande and Pete Davidson haven’t wasted any time covering up their coordinating couples tattoos.

Throughout their whirlwind romance the pair got nine tattoos together and post breakup, they’ve each been busy either covering them up (remember Grande’s Band-Aid?) or finding creative ways to transform the original design.

Now, Grande is showing off her latest refreshed ink — a touching tribute to her ex-boyfriend, the late rapper Mac Miller — in a behind-the-scenes video from her new hit music video “Thank U, Next.”

Back in July, the pop star displayed a new tattoo on her foot that she got in tribute to Davidson’s father, firefighter Scott Davidson, who died during the Sept. 11, 2001 terrorist attacks in New York City.

She inked his badge number, “8418,” at the front of her ankle, which matched Davidson, who has the number on his left forearm.

While she was practicing her “Bend and Snap” during her Legally Blonde segment in the music video behind-the-scenes clip (which you can watch here), she exclaimed, “I love my tattoos.” And called her new “Myron” tattoo, situated in the same spot as her “8418” ink, “so cool.”

Myron is the name of Miller’s dog, a pitbull mix, which he adopted in 2017 from Wylder’s Holistic Pet Center through The Wagmor, a pet hotel in Los Angeles, while he was still dating the singer. The former couple split in May after two years together.

After Miller died of an apparent overdose in September, Grande was seen cuddling with Myron, prompting speculation that she may have adopted his dog.

Meanwhile, Davidson is also trying to move on from the breakup, posting a message to fans and the media on Monday.

“I’ve kept my mouth shut. Never mentioned any names, never said a word about anyone or anything,” Davidson wrote on Instagram. “I’m trying to understand how when something happens to a guy the whole entire world just trashes him without any facts or frame of reference. Especially in today’s climate where everyone loves to be offended and upset it is truly mind boggling.”

“I’ve been getting online bullied and in public by people for 9 months. I’ve spoken about BPD and being suicidal publicly only in the hopes that it will bring awareness and help kids like myself who don’t want to be on this earth,” continued Davidson, who has borderline personality disorder.

He concluded: “I just want you guys to know. No matter how hard the internet or anyone tries to make me kill myself. I won’t. I’m upset I even have to say this. To all those holding me down and seeing this for what it is — I see you and I love you.”

According to a source, Davidson didn’t intend on speaking out, but after being in a restaurant where the waiter turned on Grande’s “Thank U, Next” and recorded Davidson’s reaction, he decided to speak publicly.

“It’s just ridiculous and mean,” the source told PEOPLE. “His feelings were genuine and hers seem to be just part of some plot point.”

Nevertheless, the comedian is “doing well,” the source added: “He’s slowly starting to date and put himself out there again.”