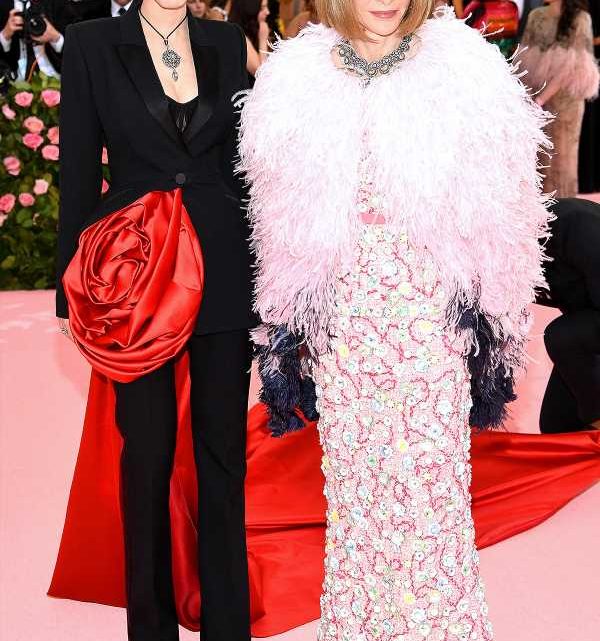 Anna Wintour, the editor-in-chief of Vogue, has been a co-chair of the Metropolitan Museum of Art Costume Institute Gala for more than 20 years, and she has tended to stick to a fairly simple silhouette (better to let stars do their thing) for most of them. But she promised to pull out all the stops for 2019’s “Camp: Notes on Fashion” theme, and she delivered.

The 69-year-old editor and co-chair of the gala opened the night in a pink crystal-embellished column gown with a pink and purple feathered cape. She topped off her look with jeweled necklaces that made her ensemble even more dazzling.

In an interview with CNN Style, Wintour had hinted that her outfit would pay homage to Susan Sontag, whose essay “Notes on Fashion” was the inspiration by this year’s theme. “There’s a quote from Sontag’s Notes [on Fashion] that says ‘Camp is a woman walking around in a dress made of 3 million feathers’ so I think I might be taking inspiration from that,” Wintour revealed.

And she did just that in her colorful look as she walked the carpet with her daughter, Bee Shaffer Carrozzini, who chose a black suit with red swirl appliqué and long train.

Be sure to check out all of PEOPLE’s Met Gala coverage to get the latest news on fashion’s biggest night.

“Camp: Notes on Fashion,” the grand theme of the night, was selected by Andrew Bolton, curator of the Costume Institute at the Metropolitan Museum of Art in New York City. The gala is centered around the new exhibition which will feature fine art and fashion pieces that will “trace the origins of the subject from the 17th century, specifically the court of Versailles, to the present day,” according to Vogue.

So, not exactly “camp” involving tents, sleeping bags, or s’mores — but campy fashion that exaggerates and is over the top — whether it’s “pop camp, queer camp, high camp or political camp,” Bolton told The Times. And in a nutshell, Wintour described the unique theme as, “Basically, we go from sun kings to drag queens,” she said during a press conference back in February.

In a video for Vogue she said this year’s theme is all about “self expression and individuality.” Adding, “What we’re all most hoping to see is something that is outrageous, something that is fun, tounge-in-cheek. So my guess is that we’re going to see a overly amount of feathers on the red carpet.”

The ball is set to take place at the renowned New York City museum on Monday, May 6. 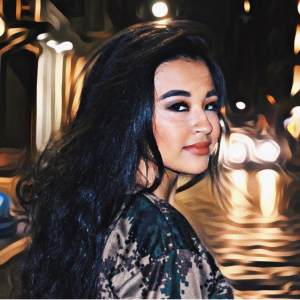