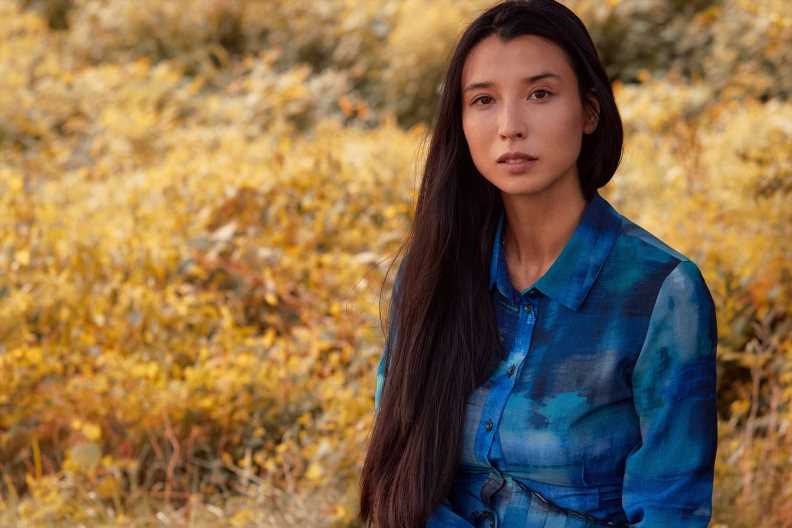 Altuzarra is the latest designer to be added to Luxury Stores at Amazon, offering a selection of pre-fall and fall collections and accessories.

Since its launch Sept. 15 with Oscar de la Renta, Luxury Stores has added such fashion and beauty brands as Roland Mouret, La Perla and Clé de Peau, according to an Amazon spokeswoman.

To introduce his collection, Altuzarra will show three short films and curated product vignettes in collaboration with Amazon. The films spotlight three women: Landscape designer Lily Kwong, chef Laila Gohar and writer Aysha Sow. In the short films, each woman talks about sensuality and shares her definition of strength and what gives them confidence.

The idea behind the films is to tie content and commerce together through immersive storytelling, including enhanced, auto-play imagery and in-motion graphics, said the Amazon spokeswoman.

Among the more than 150 Altuzarra ready-to-wear looks that are featured on the Luxury Stores app are jackets, pants, dresses, skirts, tops and knitwear, in addition to more than 80 styles of handbags, shoes and belts.

Laila Gohar is featured in an Altuzarra video. courtesy shot.

Asked how the deal came about, Altuzarra told WWD, “I had, at that point, started working on ‘Making the Cut,’ an Amazon Prime TV show, and this felt like a natural extension of my relationship with Amazon, and a way to continue telling the Altuzarra story with a great new partner.” Altuzarra was a guest judge on “Making the Cut.”

He said the product offered in Luxury Stores is the same that he designed for his regular clientele. He said he will be doing some exclusives for Luxury Stores, but wasn’t ready to reveal those yet.

Altuzarra described the Luxury Stores customer as “a modern, global consumer who not only is looking for style and fashion, but also for a trusted retailer, with a track record of fast and reliable delivery.” He has previously sold merchandise on Amazon, in particular the Espadrille tote, which he sold on the “Making the Cut” store on Amazon, when the TV show was released.

The Amazon spokeswoman said Luxury Stores is available to eligible U.S. Prime members at this time. With collections sold directly from the participating brand as a “store within a store” experience — with some items shipped by Amazon — brands independently make decisions regarding their inventory, selection, and pricing in Luxury Stores.

The Luxury Stores proposition combines Amazon convenience, with innovative technology such as View in 360, an interactive feature that will begin with select garments, allowing customers to explore styles in 360-degree detail to better visualize fit on various body types.

Industry sources say the race is on among online retailers — and service providers such as Afterpay and Klarna — to become go-to platforms for brand discovery and storytelling. While these sites may be transactional, they are also places for customers to learn and engage with brands. The Luxury Stores app underscores Amazon’s ambition to own a share of the “discovery experience,” online and to mine data it doesn’t currently have access to, and to cross-market to its Prime customers.

On the app, de la Renta is offering pre-fall and fall collections, including rtw, handbags, jewelry, accessories and a new perfume. The new Mouret shop on Amazon carries selection of the designer’s pre-fall 2020 collection as well as a series of exclusives. The selection is being sold in limited quantities and offers classic pieces in step with Mouret’s commitment to a slower-paced fashion cycle, according to Mouret’s company.

Altuzarra said he was planning to show his spring 2021 collection during Paris Fashion Week on Oct. 3 at 1 p.m. CEST. The show was pre-recorded in New York, “but we are excited to continue to be part of fashion week and show the collection digitally,” he said.

As reported, in the past year, Amazon customers ordered more than 1 billion fashion items on its mobile app, which is one reason why the online giant is getting into the luxury fashion game.

Earlier this week, Amazon said it was launching a personal shopping service for men’s fashion. Available to Prime members, it is an expanded version of its existing Personal Shopper by Prime Wardrobe. For $4.99 a month, an Amazon stylist selects an assortment of fashion items that match a customer’s fit and style preferences. Up to eight items are then shopped to the customer on a monthly basis so he can try them on. The customer can return whatever he doesn’t want to keep. At the launch, the new men’s personal shopping service includes such brands as Adidas, Lacoste, Carhartt, Original Penguin, Scotch & Soda, Levi’s and Amazon Essentials. Amazon will offer men’s styles across more than a thousand different brands.

All About the Journey: Amazon Luxury Looks to Tmall for Inspiration