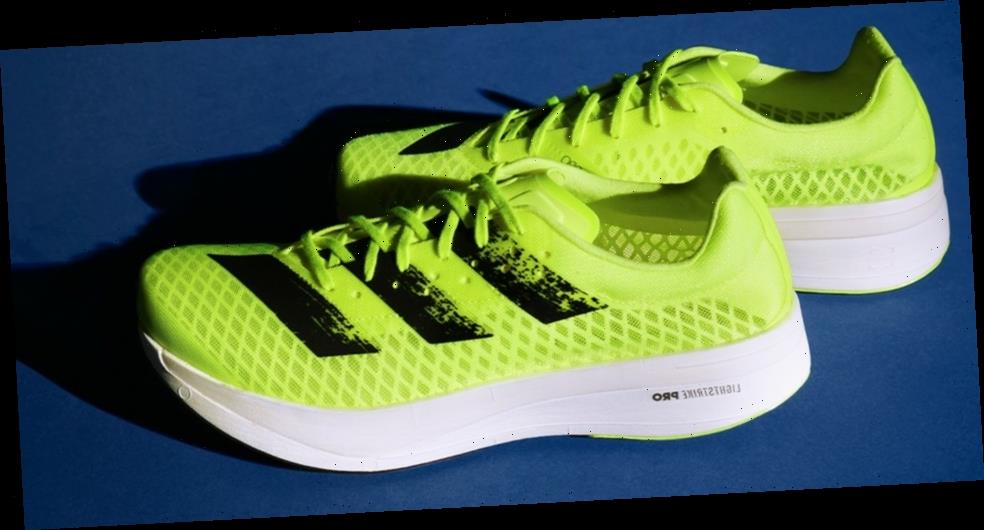 adidas’ adizero adios Pro has had quite the year. After the brand dubbed its new-look runner a “record-breaking shoe” during its unveiling back in June, it took just two months before they helped Kenyan runner Peres Jepchirchir set a new world record time in the women’s half marathon.

Now the innovative sneaker has been given its second makeover — after its “Dream Mile” rework — with a striking colorway entitled “Sunrise Bliss”.

Referencing its heritage of record-breaking performances – in particular Haile Gebrselassie’s marathon world record in Berlin, 2008 – the “Solar Yellow” which features on the shoe is one of the brand’s most traditional colors and acts as a nostalgic homage to the emotions and success of athletes throughout adidas’ history.

Complemented by the supporting LightstrikePRO midsole, which provides super-light cushioning for explosive movements and enduring speed, the adizero adios Pro “Sunrise Bliss” will be debuted in the Valencia Half-Marathon on December 6.

Available for general release on December 1, the adizero adios Pro “Sunrise Bliss” will be available from the adidas webstore retailing at £170 (approximately $226 USD).

In other news, Social Status has teased an upcoming adidas Ultra4D collab.