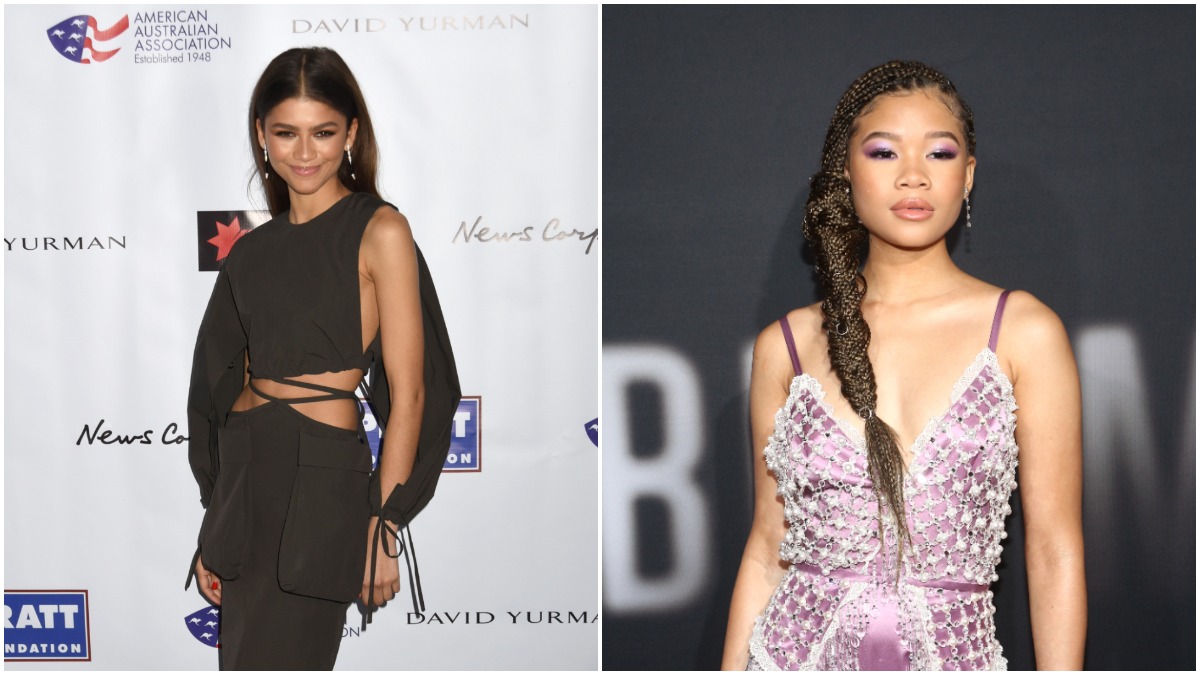 The cast and crew of Euphoria have been celebrating the victory of their leading star, Zendaya, in last night’s 72nd Primetime Emmy Awards. And one Instagram video from co-star Storm Reid celebrating the video has particularly warmed the hearts of fans.

Zendaya won the award for Outstanding Lead Actress in a Drama for her portrayal of teenage drug addict Rue in HBO’s high school drama Euphoria.

The show, created by Sam Levinson, follows the exploits of a group of teenagers as they try to navigate around themes such as sex, drugs, friendships, love, identity, and trauma.

Due to COVID-19, this year’s Emmys were performed remotely, meaning that celebrities could not attend the event in person. This meant that Zendaya’s co-stars were left viewing the ceremony at home, which led to the cute video of Storm Reid watching the ceremony.

The 17-year-old posted the video to her Instagram feed, and it shows her excitedly watching a television as host Jimmy Kimmel begins to read out the nominees for the Outstanding Lead Actress in a Drama category.

“Oh my God, I’m scared,” Reid exclaims, as she admonishes her pet dog for barking over Kimmel’s announcements, “shush!”.

After Zendaya’s name is read out as the winner, Reid squeals with delight and jumps a mile into the air. “I’m so excited, oh my God,” she says, and then she shouts to the camera, “congratulations, I love you.”

As Zendaya gave her Emmy acceptance speech, Reid listened intently but struggled to contain her excitement as she once again congratulated her colleague and told her she loved her. Along with the video, Reid wrote: “OMGGGGGGG CRYING IN THE CLUB.”

At the time of writing, Reid’s video has had over 2 million views and nearly 200,000 likes.

In her acceptance speech, Zendaya thanked her family, team, and Euphoria creator Sam Levinson, who she told, “I appreciate you so much; you’re my family.”

She also acknowledged that it feels like a “weird time to be celebrating” but insisted that there is “hope in the young people out there.”

Businesswoman and Beyonce’s mother, Tina Knowles, commented on Reid’s video by expressing that she found it beautiful and really enjoyed the “camaraderie and sisterhood” that the two Euphoria cast members display for each other.

She wrote: “This is beautiful. I love the camaraderie and sisterhood that you guys sell for each other!! It is my dream that the whole world could be this way!”

Last year Zendaya was in the news for very different reasons when she was romantically linked to Spiderman’s Tom Holland.