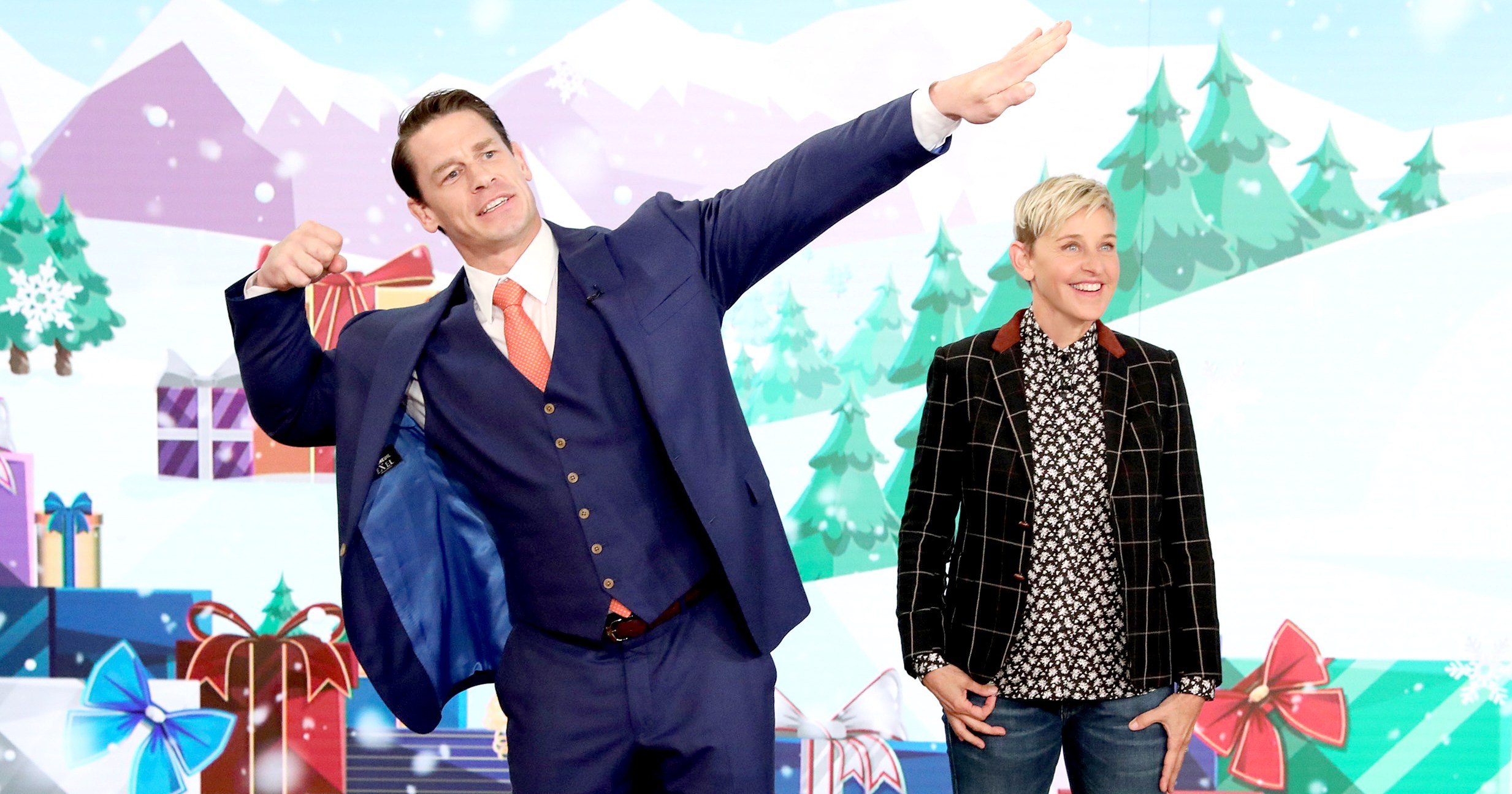 A new man … sort of! John Cena’s been turning heads with his newly grown out hairstyle, so Ellen DeGeneres (naturally!) quizzed him about it during her talk show on Monday, December 3.

“It’s weird to see you with hair,” DeGeneres, 60, said as Cena sat down. “And I don’t know why. And people are freaking out about it.”

To which Cena hilariously responded: “I thought we could start with, ‘Hello, nice to see you again.’ But it’s straight to the, ‘Hey, you look weird.’” 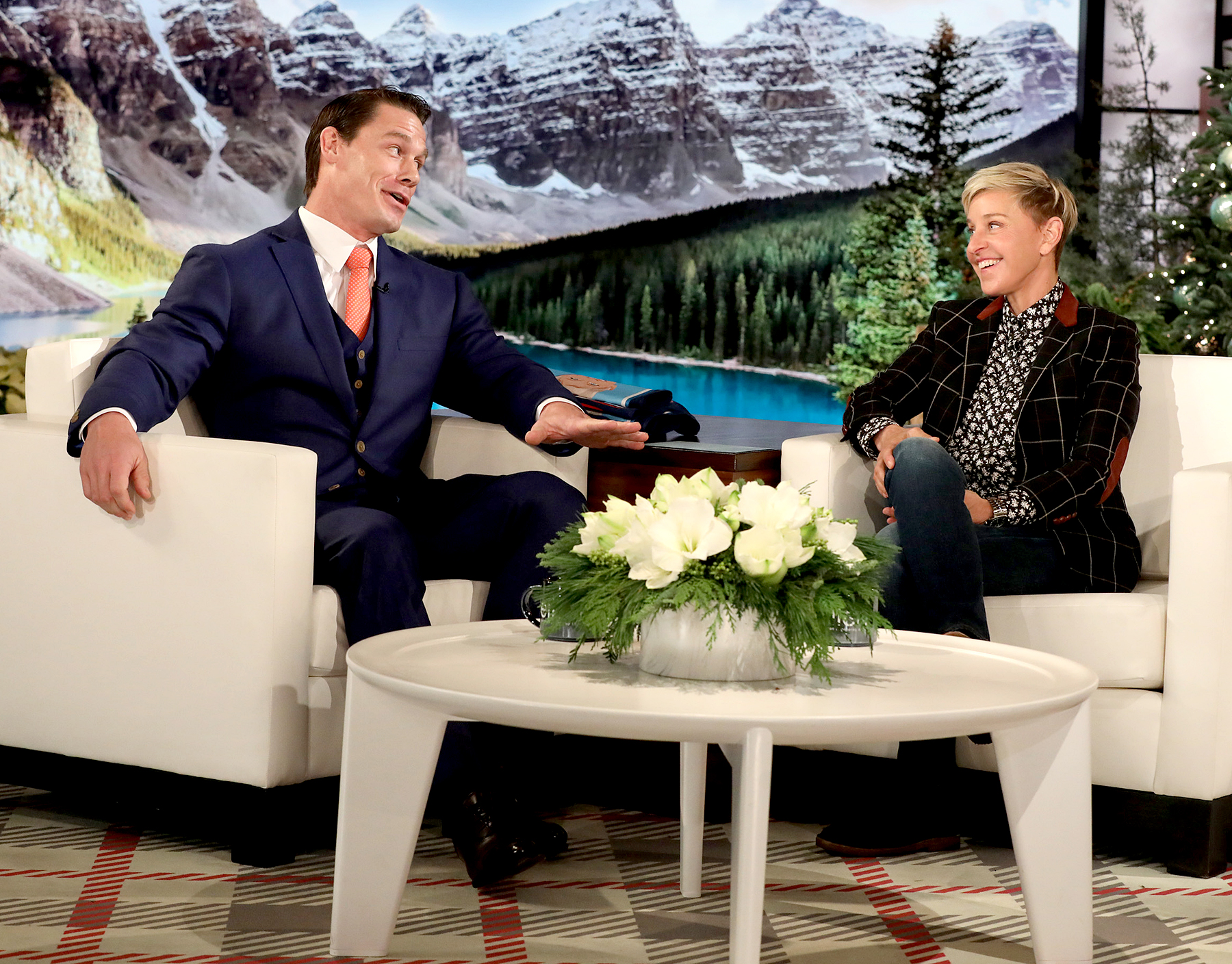 The comedian went on to note that it’s not that he looks odd, it’s just that people are so used to seeing him with no hair. Cena replied: “Why not embrace the uncomfortable for once, right?”

Cena first debuted his new look during the WWE Super Show-Down 2018 in Australia in October. 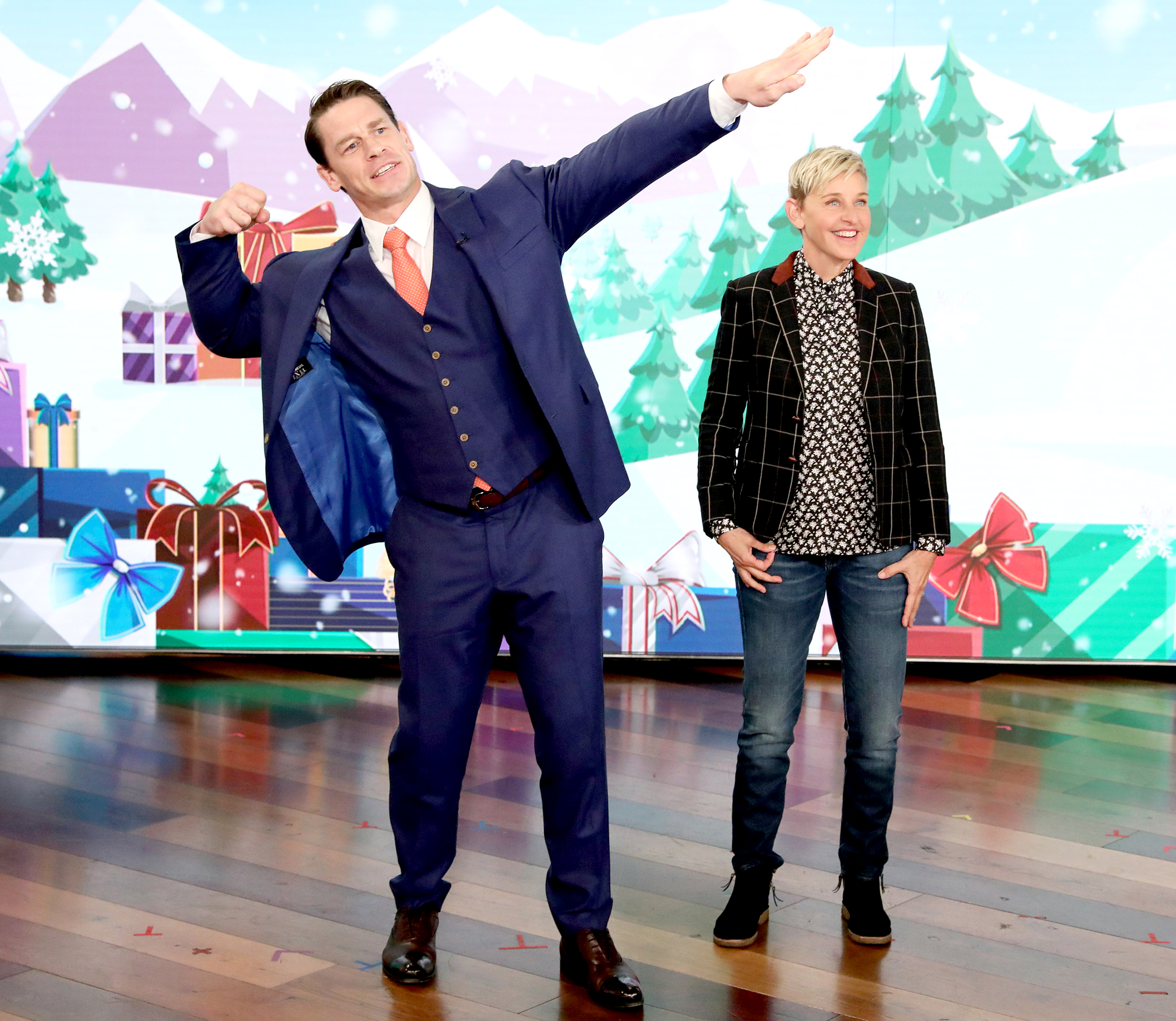 “It was a great exercise in embracing the uncomfortable because apparently I’ve altered the space time continuum for some people. And it’s cool to be able to just try something new,” he said.

The Blockers actor’s appearance isn’t the only change he’s gone through this year. Us Weekly broke the news in April that Cena and Nikki Bella called off their engagement. After trying to mend their relationship, the former couple broke up for good in July after six years together.

“After much time and soul-searching alone, and together, we have decided to officially part ways,” the Total Bellas star, 35, told Us in a statement at the time. “I had a beautiful and loving six-year relationship with a wonderful man. I have the utmost respect for John, but I know this is what’s best for me.”

Meryl Streep Can't Watch Her Old Movies Because She Was 'So Unhappy': 'I Thought I Was Fat'
World News