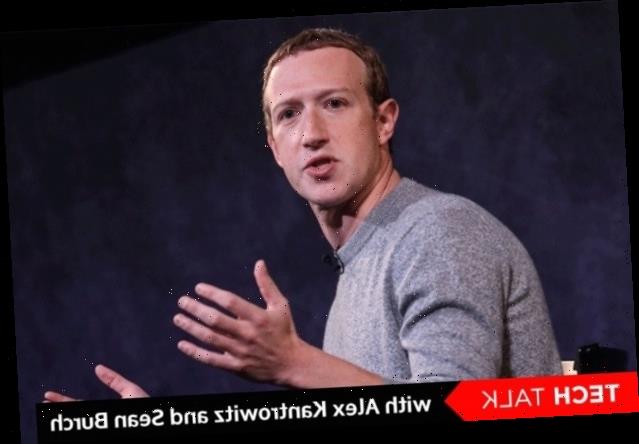 With Election Day less than two weeks away, it seemed like an ideal time to talk to Alex Kantrowitz, publisher of the Big Technology newsletter, about how Facebook and Twitter are approaching Nov. 3 — and whether the social media giants are doing a better job of keeping foreign trolls off their massive platforms than they did in 2016.

The topic was one of several discussed between Kantrowitz and yours truly during TheWrap’s first “Tech Talk” conversation, which WrapPro will be hosting each month. Other topics include Alex’s personal experience dealing with Russian trolls, as well as a conversation about the decision by Twitter and Facebook to block the New York Post’s recent Hunter Biden report.

Below is an excerpt from the talk. Be sure to watch the video for the full conversation.

Sean: When it comes to Facebook and Twitter, are we in a better spot than we were 4 years ago?

Alex:  I think if you look at where we were at this point of the cycle in 2016, you would’ve seen we would be in the middle of a pretty large scale Russian disinformation campaign, meant to tear the country apart [and] that was operating at a significant scale. It was not good stuff at all. It was successful in its own way. They only spent $100,000 in ads, which is a pretty small amount, but it definitely got people out in the streets, protesting against each other.

At this point in the cycle, we’re better because, as far as we know, that isn’t happening. One of the interesting things about this is you can have a perspective today, but eventually things can come out. But we’re looking at the problem at least, right? That’s step one — acknowledge you have a problem and then look at it. And we’re looking at the problem with it. Social networks are aware of it, and in fact, are obsessed with preventing a re-run of last cycle, where we had foreign disinformation, fake news run amok and a list of data usage with Cambridge Analytica. Although that was probably least impactful of all of it, [it] got the most [media] attention.

So I do think we’re in a better spot this year. Even last cycle, we had a story every day coming out about fake news farms that were just making a ton of money, and they were obvious. We don’t have that now. Maybe the bad actors have gotten more sophisticated, but I would say we can confidently accept we’re in a better spot in 2020. Doesn’t mean everything’s good, but it’s better, for sure.

Can you explain a little bit more what the Russian trolls were trying to do?

Well, look, the ads are one part of it. And we’ve got to caveat these discussions, because throughout the aftermath of the 2016 election, there was this view that the Russians were responsible for Donald Trump’s victory. And it was looked at as an excuse by many in the media and left-leaning folks that were saying, “Well, this is the reason Facebook swung the election.” And everyone harped on this, like Mark Zuckerberg saying it was a pretty crazy idea that Facebook had any influence on the election.

So in terms of proportionality, it was probably just one factor in a number of many that caused Hillary Clinton to lose that election. She was already somewhat fighting an uphill battle, given her likeability status among voters. She failed in 2008… and once Barack Obama won, she got the nod. But still, didn’t win that last one outright, and also didn’t campaign in some of the battle ground states — famously, Wisconsin, where she didn’t really spend much time in. There were weaknesses to that candidate to begin with, but this definitely contributed.

Whether you think this was something that swayed the election or not, the fact that there is all this disinformation that a foreign actor is able to spread and create unrest out here in the U.S., is a concern. You just don’t want your platform to be doing that. So with that caveat said, what the Russians did well was exploit the Facebook product itself. They knew the thing amplified outrage; they knew the thing allowed fake news to go viral. So they sort of reverse engineered it, and said, “How are we going to take those defining attributes of what spreads on Facebook and use it to wreak havoc in the U.S.”

The fact is, even though they only spent $100,000 on ads — and by the way, Facebook allowed them to buy these ads in rubils, which it not longer does [and] is the most mind-boggling thing of the whole situation — but they realized they didn’t need too much money in ads, because this stuff would spread. So it’s not the ad buy; it’s the organic stuff that made a big difference when it came to what the Russians were doing.

You know, it wasn’t videos or stuff like that. The things that I think had the most impact was they had events — sometimes putting one protest for one candidate and one protest for another candidate, or a protest for one cause and a protest against that cause, across the street from each other. They really showed that online venom can lead to offline action. And I just think they used it to increase this feeling of chaos inside the U.S., and spread more animosity towards Hillary Clinton, which was their goal. They wanted Trump in.

Watch the full conversation in the video above.

How Brooke Shields Found Body (and Bikini) Confidence at 55: 'Women Over 50 Are Not Done'
World News