Home » Celebrities » What You Don’t Know About Olivia Colman 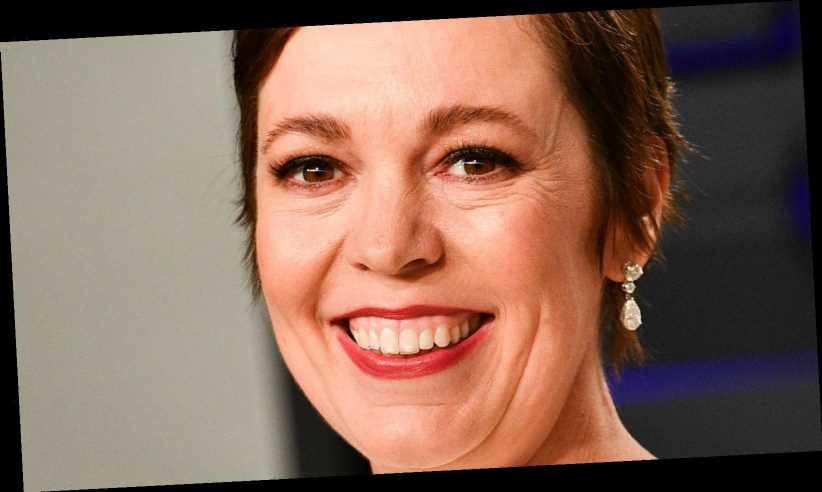 What You Don’t Know About Olivia Colman

It might seem like British actor Olivia Coleman is having a serious moment right now but truth be told, she’s been having a moment for the past few years. But since her early days appearing in cult comedies like The Office, Peep Show, and Fleabag to her leading roles in English dramas like The Night Manager and Broadchurch, it’s clear she was always going to do big things (via IMDb).

And after winning the Academy Award for Best Actress in 2019 for her work in The Favourite and Golden Globe for her performance as Queen Elizabeth II in The Crown in 2020, it’s safe to say she is someone who is always front of mind when it comes to the most talented actors in Hollywood. But unsurprisingly, there’s still a lot we don’t know about her. Here’s everything else you need to know about the oh-so lovable Olivia Colman.

In case you missed it (we certainly did), Olivia Coleman is not actually Olivia Coleman’s real name! Yep, speaking to the Independent in 2013, the award winning actor revealed that Olivia is just her stage name and her real name is Sarah Caroline Olivia Colman. Explaining her choice of professional name, she said, “One of my best friends at university was called Olivia and I always loved her name,” adding, “I was never Sarah; I was always called by my nickname, Colly, so it didn’t seem so awful not to be called Sarah.” Even when she received her CBE as part of the Queen’s Birthday Honours 2019, the award was addressed to Sarah Sinclair — Sinclair being her married name, of course — rather than Olivia Coleman (via The Mirror). We can only assume having a stage name has paid off in the long run, allowing Olivia (or should we say Sarah?) more privacy in her height of fame.

Despite thinking she would good would make truck driver and telling The Independent, “I’ve got 100 percent spatial awareness. I’d be able to back them into tight parking spots,” when Olivia left high school she actually studied to become a teacher. However, it didn’t work out and she quickly dropped out before realizing acting was her true passion. But drama school wasn’t going to pay the bills, so she worked as a cleaner while studying (via Forbes). During her memorable acceptance speech for the Best Actress Academy Award in 2019, she mentioned her time as a cleaner, telling the world, “Any little girl who is practicing their speech on the telly, you never know. I used to work as a cleaner, I loved that job, I used to spend quite a lot of my time practicing” (via PEOPLE).

Though looking like a natural in the role of the Queen in The Crown, Olivia Coleman has admitted it’s been her most challenging role yet as it required a huge amount of research. “I don’t really enjoy research,” Colman told Harpers Bazaar in 2019. “But for this, I have to accept it. I can’t just sit like me, I have to sit like her, and look like pictures of her. They have been teaching me how to walk — I’m really terrible at that, I have no physical awareness. I walk a bit like a farmer, one of the directors said.” She particularly struggled with the voice. “I thought that general ‘posh’ would do it, but apparently not. Really unusual vowel sounds,” she added, before providing the interviewer with a hilarious example, “Well, it’s not quite this, but if you’re saying ‘yes’, you say ‘ears’. It’s fun to do, isn’t it? Very hard to stop. Ears.”

Olivia Coleman never thought she would be famous

Despite wanting a career in acting, Oliva Coleman never actually had any interest in being famous. “I always wanted to act but I never assumed I’d be particularly well-known, I just wanted to work,” she told The Daily Mail, adding, “In the beginning I had many years of not working, and I’m very grateful for that because it means you really appreciate it when you are working.” So, what does she think about being one of the most famous actors of the decade? “I’m a bit of a hermit at the best of times so in that respect life hasn’t changed that much,” she revealed. “My friends — the people I love — don’t care about any of that. I’m lucky in that I have friends from school and that keeps me level,” she continued, adding, “I’m lucky too that my husband and I have been together for more than 25 years so he knew me beforehand.”

But she's happy she found success in her 40s

Sharing with Vogue that she doesn’t think she could have made it as young actress, Olivia Coleman admits she’s glad she didn’t actually get her big break (presumably meaning her Oscar winning role) until her 40s — particularly as a woman in a world (read: Hollywood) where the standards of beauty are just completely unrealistic. “To be the ingenue and to keep working is rare because once people see you as that, they don’t like the process of aging,” she told Vogue, “which is f***ing ridiculous!” she exclaimed, adding, “I grew to my place.” And “grew” she did, with even Vogue admitting its cover stars are usually up-and-coming young talent rather than someone over 40. Given all she has achieved, we can’t wait to see what this charming British star does next as she continues to go from strength to strength.

Michelle Obama has been swimming and knitting in lockdown