Home » Celebrities » What You Don’t Know About Meghan Trainor 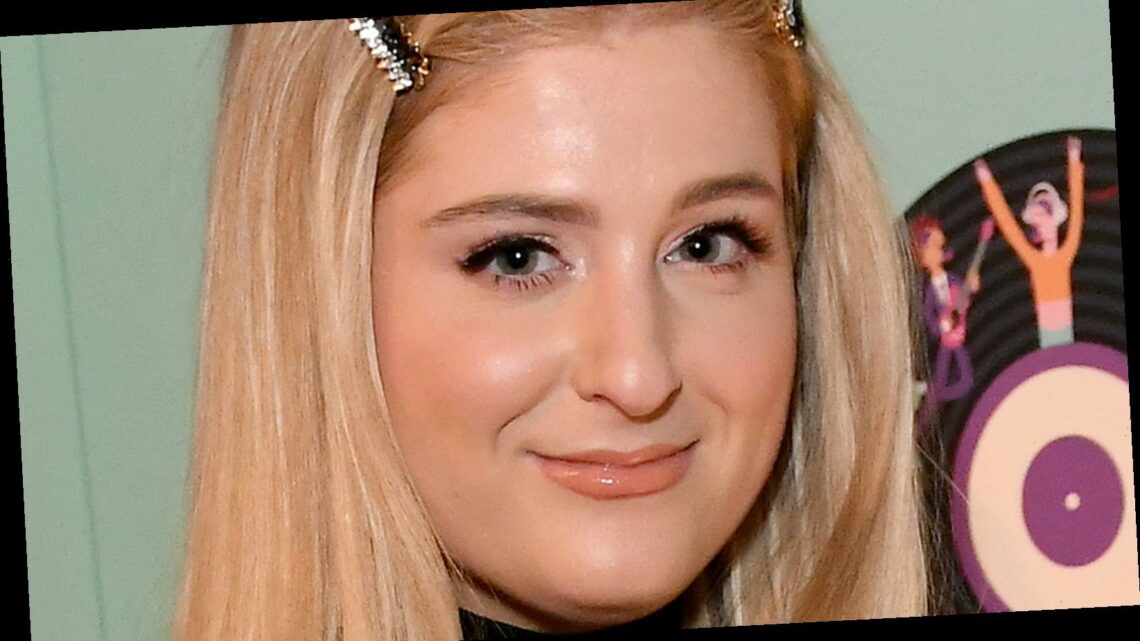 What You Don’t Know About Meghan Trainor

Meghan Trainor burst onto the scene back in 2014, with her chart-topping debut single “All About That Bass.” The catchy track, which promoted body positivity at any size, peaked at no. 1 after spending a whopping 47 weeks on the chart, according to Billboard. Although it was a major moment for the Massachusetts native, Trainor spent the intervening years proving she’s anything but a one-hit wonder, storming the charts with each subsequent release while refusing to fit the pop mold.

Staying true to herself has paid off in a big way for the singer-songwriter, who’s been impressively open about her mental health struggles and body image issues over the years too. Settled down with actor husband Daryl Sabara, Meghan Trainor has found a new purpose in life as a dedicated mother, admitting on Instagram to wanting to post nothing but photos of son Riley going forward. The hugely successful pop star might be an open book, but there’s plenty of stuff we’ve yet to learn about Meghan Trainor.

In 2016, Meghan Trainor won the Grammy for Best New Artist, capping off an exciting two years for the then-newcomer. Although, from the outside, it seemed like she had it all, underneath, Trainor was struggling. Speaking to Apple Music’s Zane Lowe, the pop star admitted, “I had vocal problems ’cause I was working too much, and I finally collapsed physically and emotionally. I had like a mental breakdown,” (via Pop Sugar). A year later, while announcing the nominees for the 2017 Grammy Awards, Trainor suffered a panic attack, revealing, “As soon as they were like, ‘cut,’ I fell and started scream-crying and couldn’t breathe.”

As Trainor explained, she should’ve been on top of the world, but thanks to insane pressure from everybody around her, she felt unable to pull back in spite of the obvious danger to her mental health. “I had everything I ever wanted, and they were threatening to take it away,” Trainor said. The pop star was ultimately forced to put her health first when her body essentially gave up. As Trainor sadly acknowledged, “My body had to tell me, instead of me being able to take a break.”

If you or someone you know is struggling with mental health, please contact the Crisis Text Line by texting HOME to 741741, call the National Alliance on Mental Illness Helpline at 1-800-950-NAMI (6264), or visit the National Institute of Mental Health website.

Meghan Trainor wrote her first song for a wedding

Meghan Trainor comes from a creative family, with her father earning his living as a musician, so naturally she’s been interested in the business forever. As the pop star told Time Out Singapore, “Since I was a young girl, I was fascinated by songwriters, melodies, and harmonies. I always knew I would be writing songs for the rest of my life.” Trainor began producing music at the age of 13, learning from Dad that making her own stuff was the best way to go rather than relying on others. She had a four-year publishing deal by 18, describing “songwriting and producing” as her “first loves.”

The first track Trainor can recall writing was actually a wedding song for her aunt, who got hitched to a Trinidadian Soca star. He taught the young upstart about all different kinds of music, including Soca, leading Meghan Trainor to write a special ditty for their big day. As she recalled, “The only thing I could play on the piano was ‘Heart and Soul,’ so I wrote lyrics and a melody over that.”

A famous friend introduced the singer to her husband

The pop star married Spy Kids star Daryl Sabara in 2018, at their L.A. home, after just 18 months of dating. As Meghan Trainor revealed to People, the happy couple was first introduced by mutual famous friend Chloë Grace Moretz. The actress was dating Brooklyn Beckham at the time and organized a double date after Trainor requested a setup with “the nicest guy ever.” The “middle school date” involved bowling and karaoke, with Sabara quipping, “I thought, ‘I’m gonna karaoke with a Grammy winner — this’ll go over well!'”

The two were inseparable from then on, with the “All About That Bass” hit-maker even predicting they’d get married within a few weeks. “I kept screaming it in rehearsals, ‘I’m in love, and I don’t care who knows it!'” she recalled. Sabara clearly agreed, noting, “It’s super cheesy, but when you know, you know.” They actually back met in 2014 though, when Trainor was an unknown, and she recognized the former child actor at a party. Meghan Trainor explained, “I would yell, ‘Yo, what’s up Spy Kids?’ And he would go, ‘Yo, what’s up, Meghan?'” Clearly, she made an impression.

All About That Bass was therapy for Meghan Trainor

“All About That Bass” was a huge moment for the self-love movement, but although Meghan Trainor was singing about embracing her curves, inside she still felt incredibly insecure. The pop star explained to Glamour, “I wrote that song because I wished I had a song like that on the radio, I really could have used it.” Through performing it live and feeling the enthusiasm of the crowd, Trainor gradually took the song’s message to heart. “I had never danced in front of people or imagined shaking my butt in front of this entire crowd and they’re screaming it, praising it,” she admitted.

In the end, her breakout hit became “the best therapy I could have ever asked for.” Thankfully, these days, Trainor considers herself BFFs with her body, noting her only physical goal is to live as long and as well as possible. Nicki Minaj, who duetted with Trainor on “Nice to Meet Ya,” complimented her posterior, while Sabara is quick to shut down any negative self-talk and encourages Trainor to praise herself instead. “And I’m like, ‘You’re amazing, you’re gorgeous,’ in the mirror and it works!”

Meghan Trainor's family are heavily involved in her career

Considering Meghan Trainor’s father inspired her to get into music, it’s unsurprising that he’s still got a hand in her career. As the singer-songwriter told the BBC, her whole family is involved with her work. “We’ll even sit down and watch and critique my music videos,” she revealed, noting her Dad was annoyed that a song he loved didn’t end up on one of her albums. Trainor’s mother, meanwhile, duetted on a song with her for Thank You after the “No” hit-maker realized she needed a catchy bridge and knew exactly who to call.

In fact, when Fab Fit Fun asked who inspires her above all else, Trainor answered simply “my mom,” explaining, “I see how she communicates with people and how she’s so selfless and would drop everything for any person.” The pop star does her best to emulate her mother’s good example, especially in Meghan Trainor’s relationship with her fans. “I try to give anything I can to them — just like she does for all of us — because it’s the most beautiful love I’ve ever seen,” she gushed.