Home » Celebrities » What will Donald Trump’s children do if he loses the election? 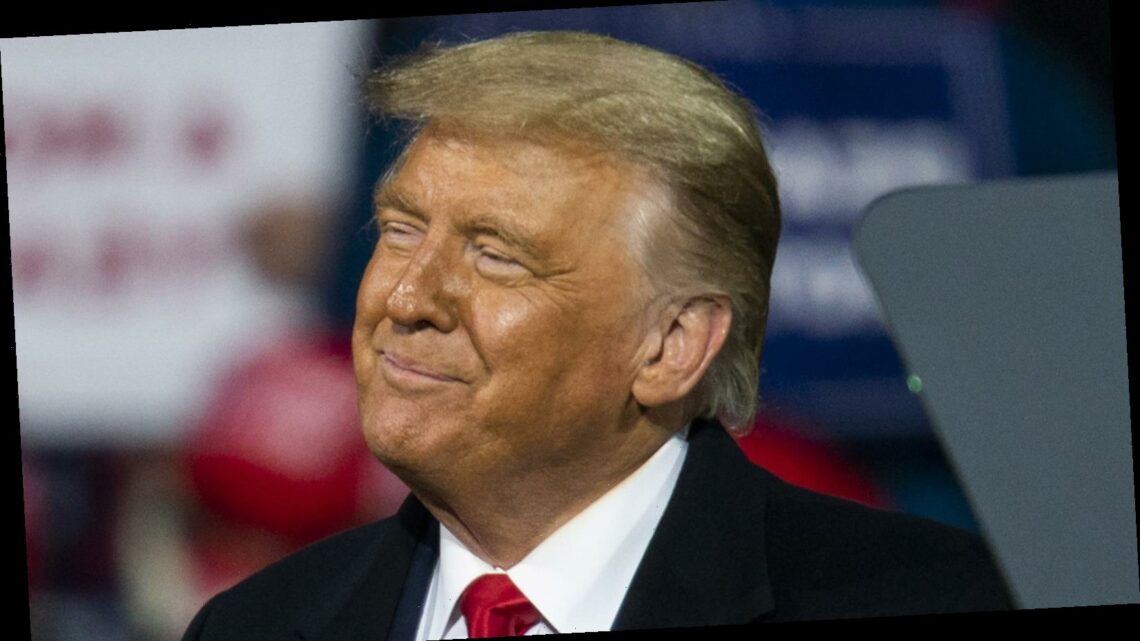 What will Donald Trump’s children do if he loses the election?

Donald Trump has made his presidency a family affair. His older children with first wife Ivana Trump — Donald Trump Jr., Ivanka Trump, and Eric Trump — were given a ticket into the world of politics by joining his campaign, serving in advisory roles during his presidency, and helping the administration forge connections with political supporters. If President Trump does not win a second term in the White House, how will life change for this trio of well-connected progeny?

And what about the president’s youngest children? Barron Trump – his son with first lady Melania Trump — is just a teenager, and Tiffany Trump – his daughter with second wife Marla Maples — has kept a low profile since her father became the 45th President of the United States, so the future moves of these two may not make waves on the political spectrum the way their older siblings’ professional pursuits will. When it comes to Donald Jr. and Ivanka, specifically, the course of their lives is arguably much more dependent on the outcome of the 2020 election. Let’s take a closer look at what Donald Trump’s children might do if he loses the election?

Ivanka Trump and her husband, Jared Kushner, dove right into White House responsibilities when Donald Trump was elected president in 2016. Ivanka had previously owned her own jewelry and clothing lines but quickly stepped away from her brand, which she founded in 2007, to assist her father. Ivanka accepted an unpaid position as assistant to the president in 2017, and her struggling fashion brand officially shut down in 2018. At the same time, Kushner became a senior adviser to the president. Many questions were raised about the new titles for Ivanka and her husband, but the U.S. Justice Department concluded that federal nepotism laws do not cover the White House, as reported by The New York Times.

Ivanka and Kushner have used their time in office to build strong relationships with top business, social, and political moguls, so it’s expected that if their time in the White House does end, they will be able to utilize those connections. “A big part of their time in the White House was connecting with Fortune 100 CEOs, but especially in areas where they were interested in or had future business,” a former senior administration official told Politico. In other words, they’ll probably have options, if not Stateside than abroad. An insider told Politico that “there will be extraordinary new opportunities in the international space.”

Donald Trump Jr. may continue his passion for politics

Donald Trump Jr. has made quite the transformation in the last four years. He was originally a relatively discrete aide in his dad’s 2016 campaign, but his meeting with Russian lawyers about Hillary Clinton’s leaked emails was at the center of a collusion investigation pertaining to Russia and his father’s campaign. At this point, Don Jr. is wildly popular among many conservatives on social media, and according to The New York Times, he was the Trump campaign’s “most requested” surrogate prior to the onset of the coronavirus pandemic. “Don Jr. represents the emotional center of the MAGA universe,” Jason Miller, a senior adviser on Trump’s re-election campaign, told the NYT.

The NYT predicts that Donald Jr., who has given up most responsibilities within his father’s Trump Organization, will want to expand his work in the political universe with his newfound power and passion for politics.

Eric Trump was also a driving force within the Trump Organization when his father was elected president in 2016, per GQ, and he seems to be relishing in the financial gains from his father’s investment properties. According to GQ, Eric and his older brother, Donald Trump Jr., sold about $100 million in Trump Organization real estate during their dad’s presidency. In addition, Eric has reportedly continued to build luxury condominiums and hotels under the brand, as reported by The New York Times. To that end, it seems reasonable to assume that Eric will continue to wield influence within the Trump Organization whether his father wins or loses the White House in 2020.

While the president’s children will certainly be affected in different ways if their father loses the 2020 presidential election, they have clearly amassed a wealth of connections that will provide new avenues of opportunity. Not to mention, as former federal prosecutor Sam Buell told Politico, “Win or lose, their father and head of their company will remain a powerful man.”