Home » Celebrities » ‘What Are You Doing With Mommy?’ Chris Watts Details Murders In New Prison Interview 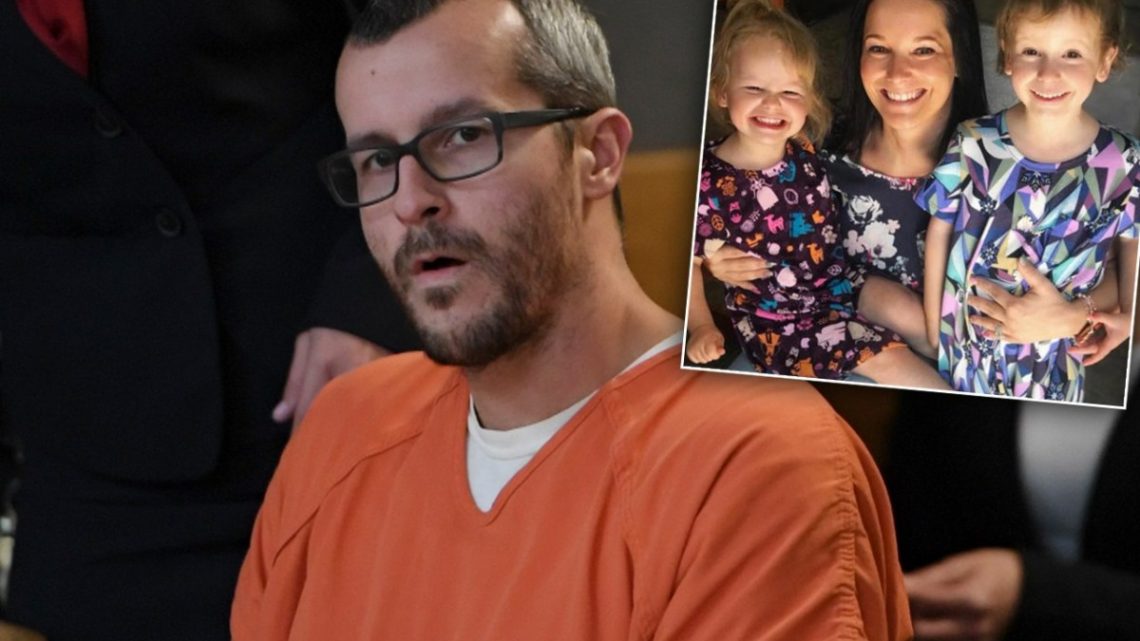 ‘What Are You Doing With Mommy?’ Chris Watts Details Murders In New Prison Interview

Chris Watts, the Colorado man who pleaded guilty to murdering his pregnant wife and two daughters, has come out with another confession about the brutal killings.

In a five-hour jailhouse interview, the ruthless criminal — who is currently serving three consecutive life sentences without the possibility of parole — shared sick details about how he slaughtered his family, and what caused him to do so.

PHOTOS: Parents, Police, Church Fail Victims: How Josh Duggar Got Away With His Sick Crimes In 10 Clicks

During a fight with Shan’ann, Chris, 33, “essentially confessed to having an affair, that he wanted a divorce, that it was pretty much over between them, and she had said something to the effect of ‘Well, you’re not gonna see the kids again,” said a legal representative of Sandy and Frank Rzucek.

“As a consequence of that conversation, he strangled her to death,” the spokesman added.

After strangling Shan’ann Watts, Chris reportedly wrapped her up in a sheet, only to be interrupted by his eldest daughter, Bella Watts.

PHOTOS: See 25 Photos Of Evidence That Got Jodi Arias Convicted Of Murder

“From our understanding, Bella did not witness the actual killing of her mother, Shan’ann. It was not until Chris was in the process of trying to dispose of Shan’ann’s body, essentially wrapping her up in this sheet,” said the spokesman. “While he was doing that, Bella walked in and asked, ‘What are you doing with mommy?’”

Despite the fact that Bella was just 4 years old at the time, family members said she was quite smart, and likely knew something was terribly wrong.

Unsure of what to say, Chris reportedly replied “’Mommy is sick, and we need to take her to the hospital to make her better.’”

It was then that he left the house carrying his wife’s dead body, dumped it on the trunk of his pickup truck and drove off, only to dispose of it in a shallow grave. Unfortunately for him, his neighbor’s outside camera caught him doing exactly that.

After killing his family, Chris appeared in various interviews saying he missed his wife and kids and wanted to know why they went missing. Police began investigating their mysterious disappearance, and even invited Chris to watch his neighbor’s surveillance video of him loading his truck. A bizarre clip of the event shows Chris losing control, pacing around the room, fidgeting and putting his hands on his head while seeing the shocking footage. At that moment, investigators said, he knew he would not get away with murder.

At some point after killing Shan’ann, the spokesman said Chris “takes Cece’s favorite blanket and smothers her.” As Radar readers know, Celeste Watts was just 3 years old, and her body, along with Bella’s was found inside an oil tank where the murderer worked.

Dr. Phil said that in his prison interview Chris made it clear “Shan’ann was a good and loving mother” and had nothing to do with the murders of their daughters.

Chris Watts will spend the rest of his days in a high-security Wisconsin prison, for the murders of his pregnant wife and kids.