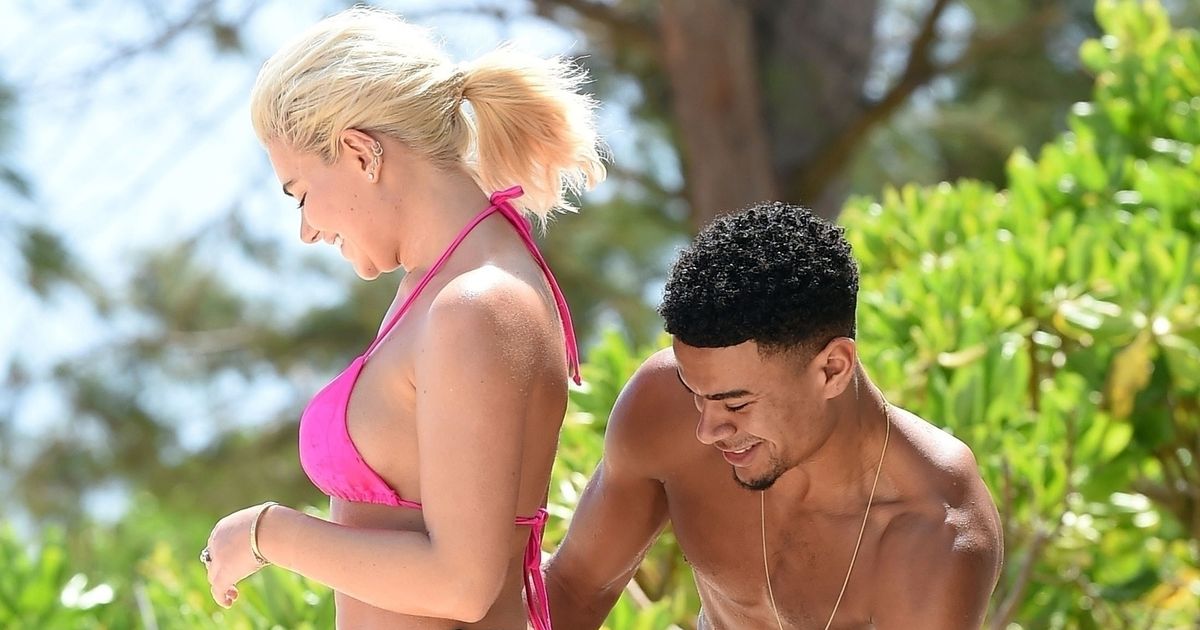 But with fans crying ‘fake’ on Jack Fincham and Dani Dyer’s relationship, and others wondering if love rat Adam Collard will be able to stay on the straight and narrow for Zara McDermott, fans have hailed Wegan the ‘most genuine’ couple to come out of the 2018 show.

And they certainly seemed to be into each other as they canoodled on the beach in Mauritius, with Wes massaging sun cream into his girlfriend’s bum before swooping in for a snog.

"Yes, I’ve put on a stone, but I’m comfortable with my figure. I like being womanly, and that when I wear a pencil skirt it goes in and out," she told Fabulous magazine.

"[Wes] loves it! He loves my big bum. He says it’s even better now!" she gushed.

That most definitely appeared to be the case as he oggled her curves while she strutted her stuff in a tiny black thong bikini and pink top.

And fans were loving their work on Monday night’s Love Island Reunion, hailing them the ‘most stable and happy couple’ from the show.

"I really feel like Megan and Wes could get married I really do," gushed one.

"Megan and Wes are STILL a couple," marvelled another, adding, "The same can’t be said of the clearly faking it Jack and Dani."