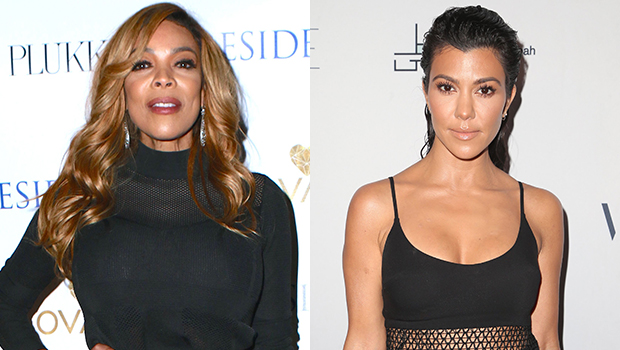 Wendy Williams thinks Kardashian is flaunting her family photos online to make Sofia Richie ‘jealous and insecure!’ Could that be her motive? Here’s what she said!

Kourtney Kardashian, 39, and Scott Disick, 35, were in bed together, but it’s not what you think. Kourt posted a little family photo with Scott on December 5, captioned, “coparenting,” with their daughter, Penelope, 6, in the shot. Kourt lounged on a bed in a sexy, black dress with cutouts, while the self-proclaimed Lord say on the other side with P in his arms. While the photo was seemingly meant to be funny, other fans claimed Kourt’s post was a way to taunt Disick’s much-younger girlfriend, Sofia Richie, 20. And, the online critics aren’t alone.

Wendy Williams, 54, weighed in on the photo controversy on her show, December 10, adding that she too thinks the post was inappropriate by Kourtney. “It was meant to be funny but not everyone’s laughing… I think she’s trying to make Sofia jealous and insecure,” Wendy said. “Sofia’s 20, but’s not that difficult to make a 20-year-old insecure. I don’t think that this is appropriate. He’s on the bed, he’s posing, she jumped in that costume because people are complaining that she’s not sexy on the show. Clearly, she had someone take the picture and who knows what happens afterwards,” she continued.

“I don’t want to see this. Take that off social media!”, the talk show host declared. Wendy added that Kourt should even “focus” on other projects, like interior design. If you’re an avid watcher of Keeping Up With The Kardashians, then you would know that Kourt loves anything having to do with home design.

Kourtney’s photo has ruffled some feathers because she is currently single, and her ex is still dating Sofia. Many have said Kourt used the photo to taunt the young model, especially because Disick has been very vocal about not being able to move on from Kourtney. The reality star and Disick share three children together, Penelope, Mason, 8, and Reign, 3. And, the comments from her sisters under the family pic, only fueled critics who felt it was insensitive to Sofia. “At its finest right huuuurrrrr,” Khloe Kardashian, 34, wrote in the comments section. Kylie Jenner, 21, added, “Ohhhh” with heart eye emoji’s.

Despite their tumultuous history, Kourtney and Scott have made coparenting a number one priority, as seen on the E! reality show. In fact, she’s admitted that co-parenting with Scott is easy. “I find co-parenting really easy,” Kourtney previously shared with YOU magazine back in 2016. “Scott and I communicate all the time. You have to keep discussing what’s going on because as the children grow older, the rules need to be renegotiated.”